i spent some time at the tualatin river national wildlife refuge this afternoon.. what a great place!  i don't think i've ever seen so many birds in one place.  i started with the overlook by the refuge headquarters.. 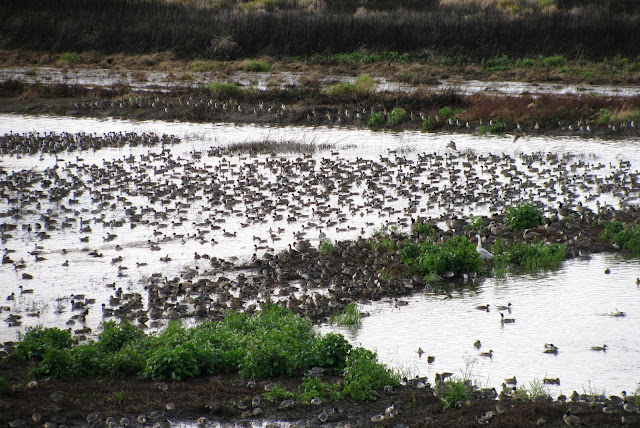 mostly canada geese and ducks and that one white and grey goose... i'm not actually sure what it is- snow goose?  here's a zoomed in pic: 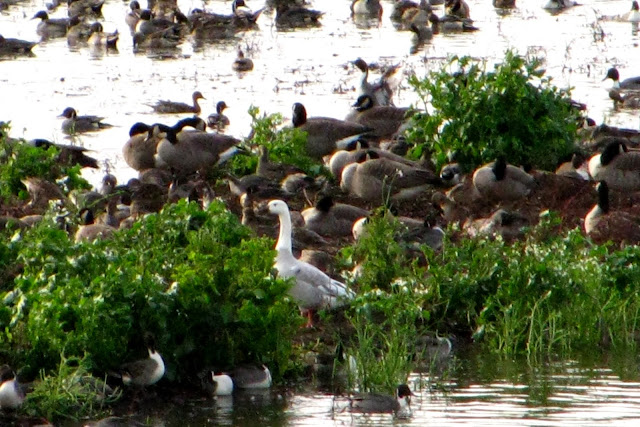 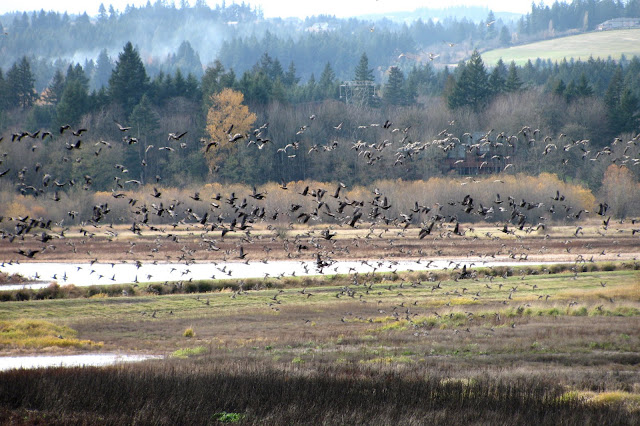 a bunch of canada geese. 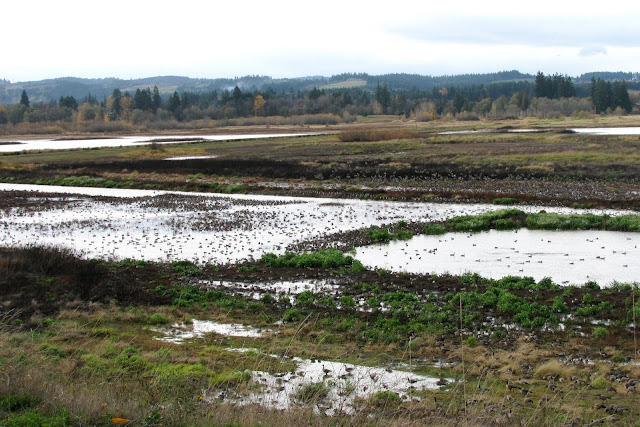 damn that's a lot of birds. 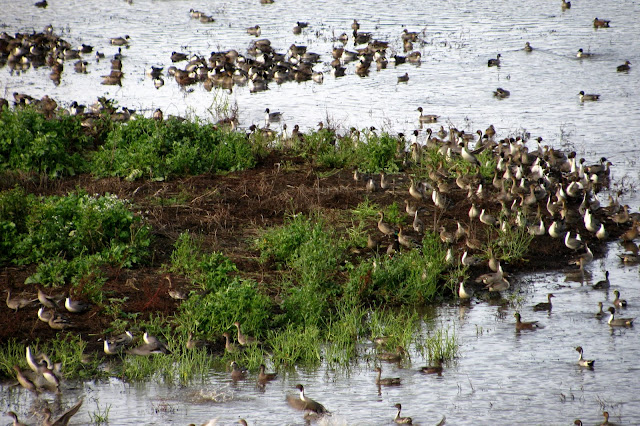 here are a billion ducks. mostly northern pintails but at least one mallard in there... 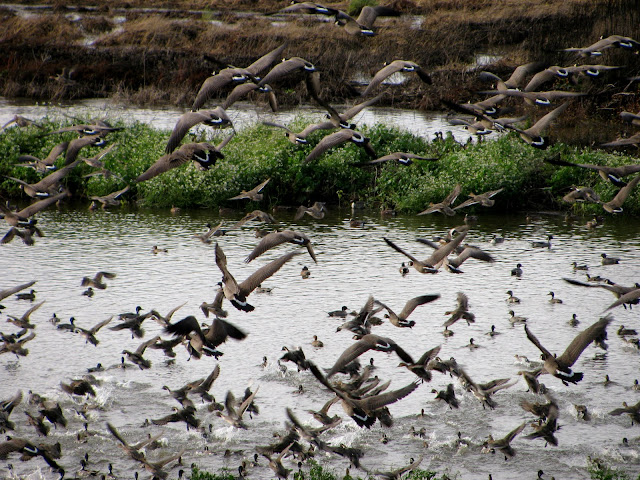 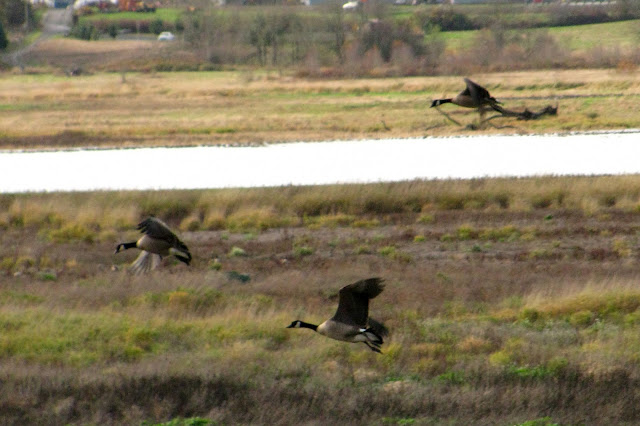 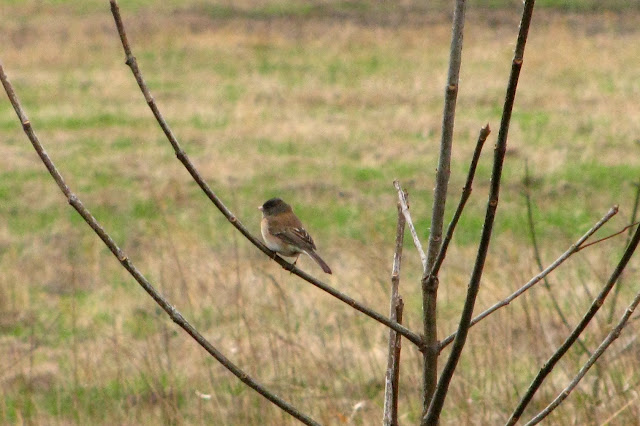 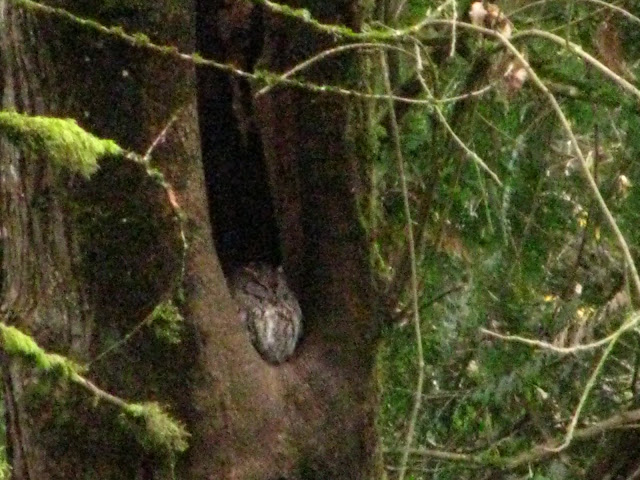 luckily a nice fellow pointed out this western screech owl to me!  wow!  i never would have noticed the little guy... he said he's been hanging out there for a few weeks now. 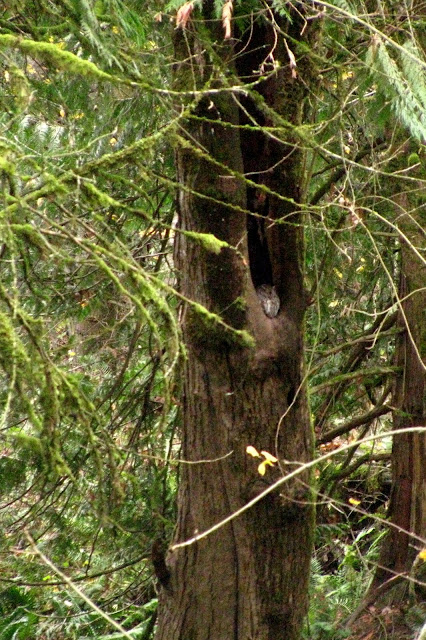 and that was pretty much all i saw... well, i saw an eagle but it swooped down and out of sight before i could get a good picture.
Email Post
Labels: Canada Goose Dark-eyed Junco Mallard Northern Pintail Western Screech-Owl