on December 19, 2009
I spent the morning around Vancouver Lake and the nearby country roads.  I had only been to the lake once before by accident, so it was fun to explore the area.   I stopped at the lake parking area first where there were four Bald Eagles within view. 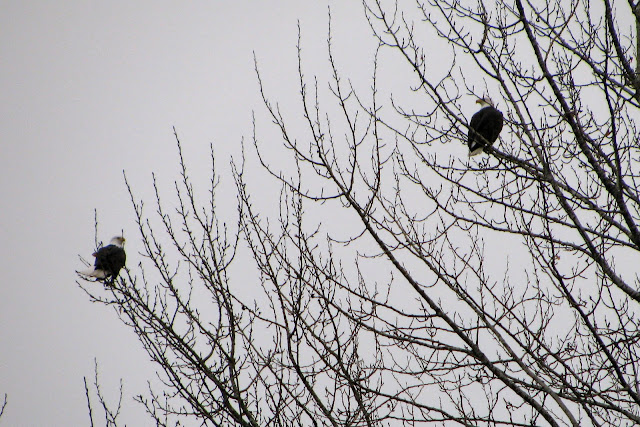 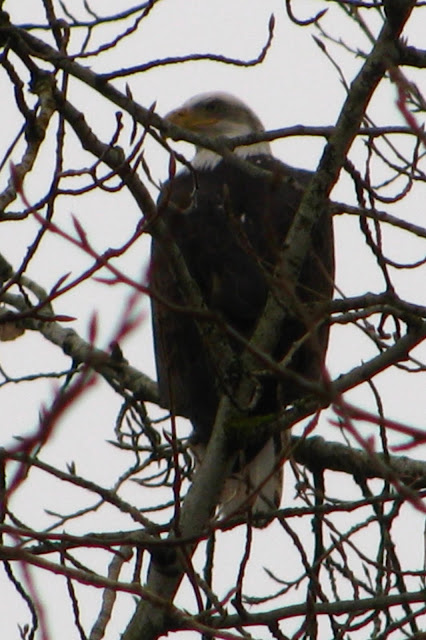 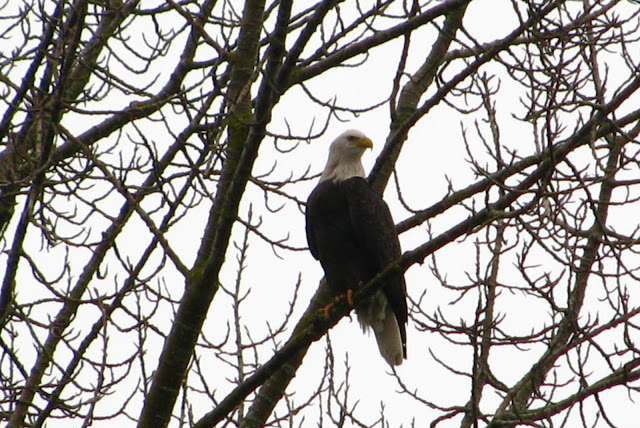 That was pretty cool.  I drove on down the road past the lake towards where all the hunters park..  I found this little tree with four different kinds of birds: 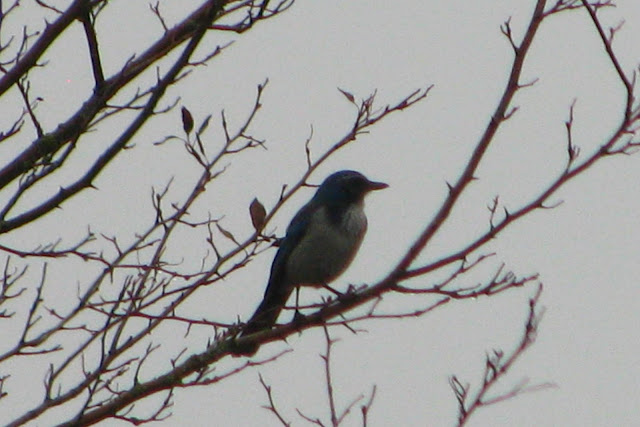 I think this is a Western Scrub-Jay. 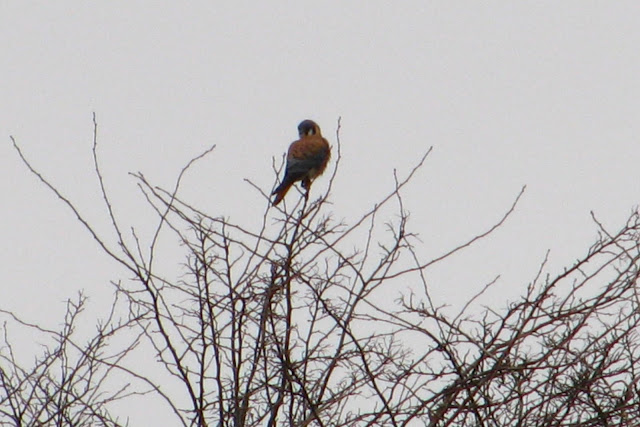 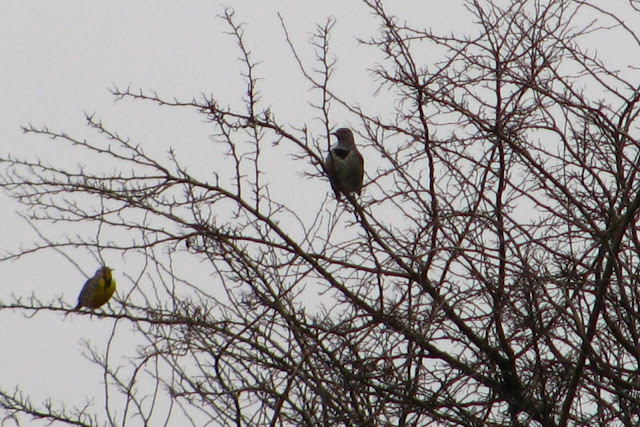 A Western Meadowlark and a Northern Flicker.

On the other side of the road were a ton of blackberry bushes full of House Finches: 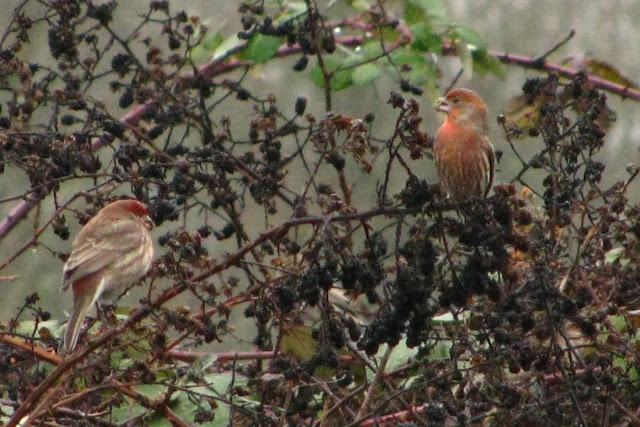 I returned to Vancouver Lake to let Jake run around a bit... He was not too pleased with this sign: 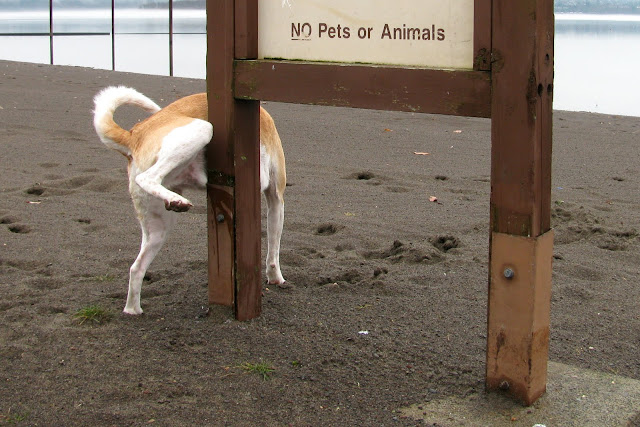 I spotted a Great Blue Heron and a Great Egret further down the lake shore... 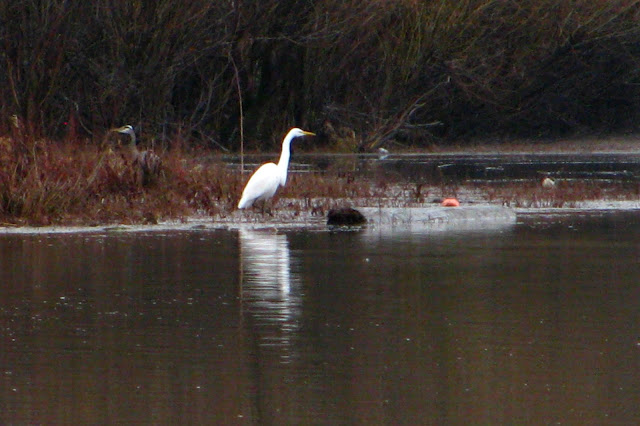 Jake then rolled in goose-like poop and ran off with a buoy. 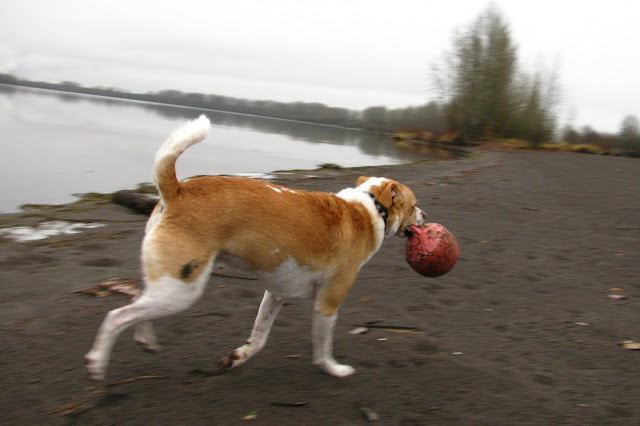 Next we stopped at Frenchman's Bar Park to see what was going on there... There were a gazillion Canada Geese in the field: 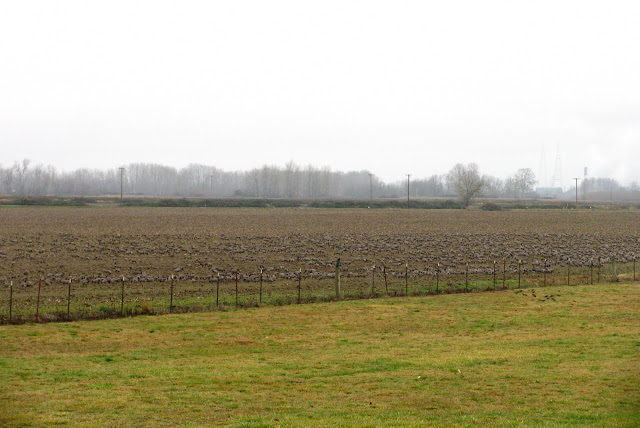 I drove further up Lower River Road and found some hawks.. 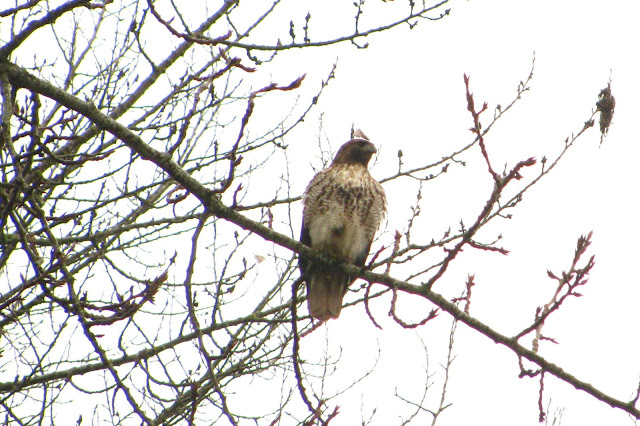 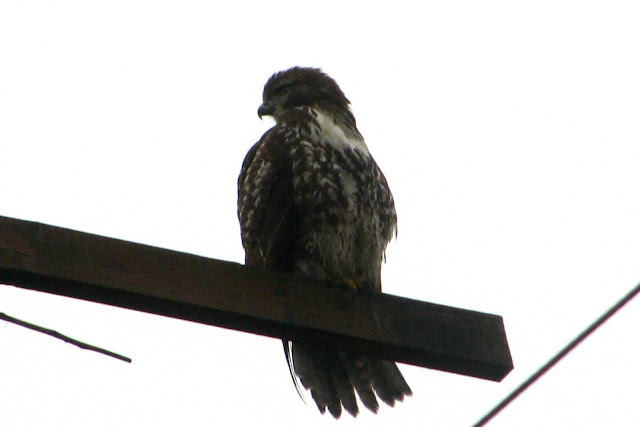 Towards the end of the road is a barn with some cows... 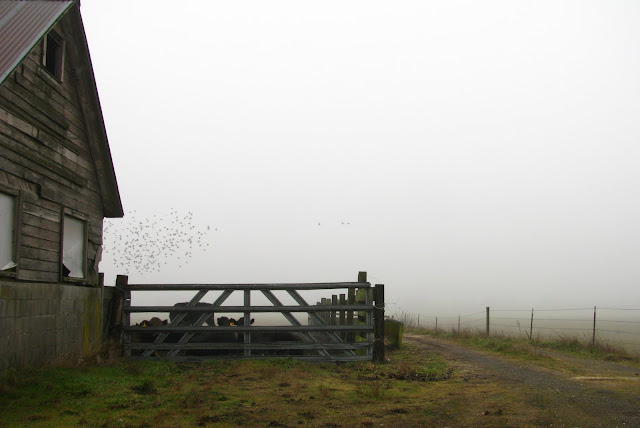 They were really cute. 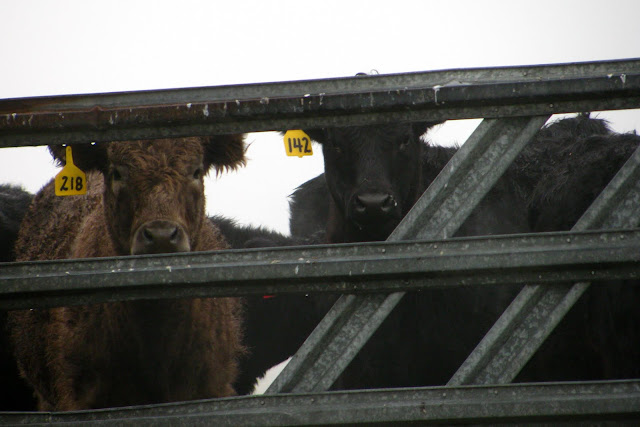 On the way back down Lower River Road I saw this guy: 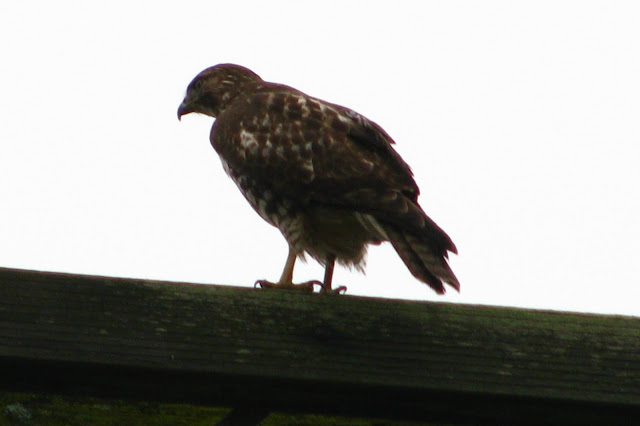