Golden Gate Park and then some.. California Part II.

My friend took me on several great walks around Golden Gate Park.. It started as a search for the Golden Gate Bison but we found a whole lot more... 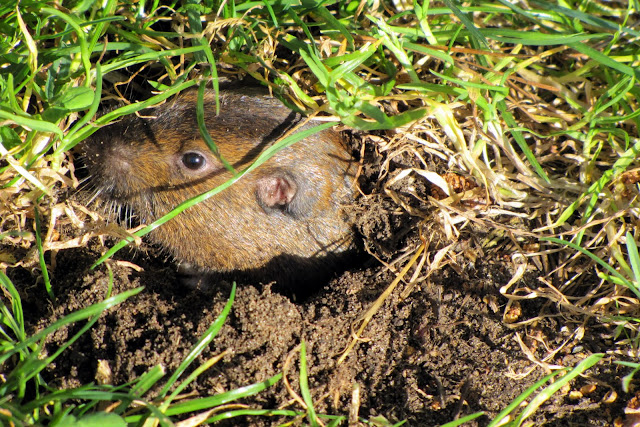 This Pocket Gopher was creeping in and out of his hole.. 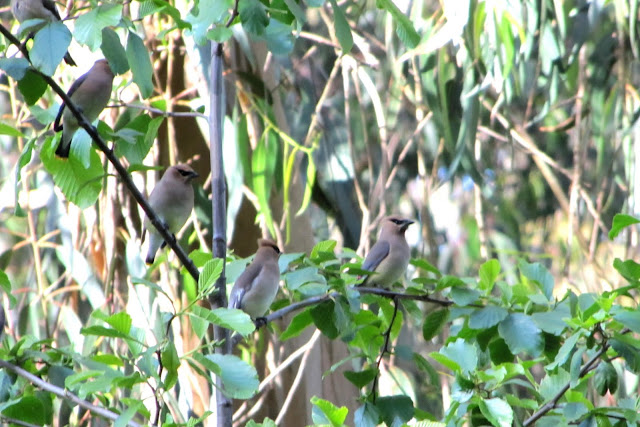 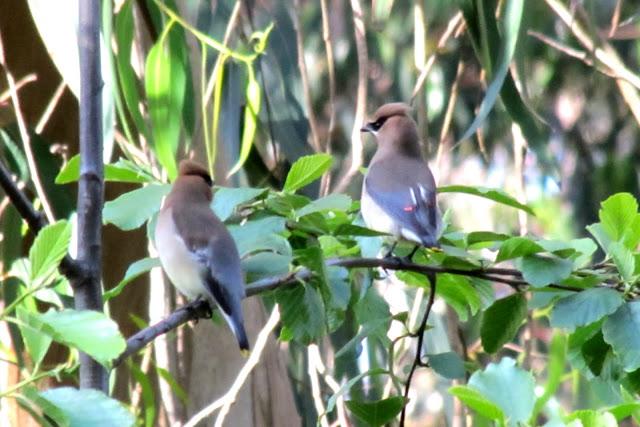 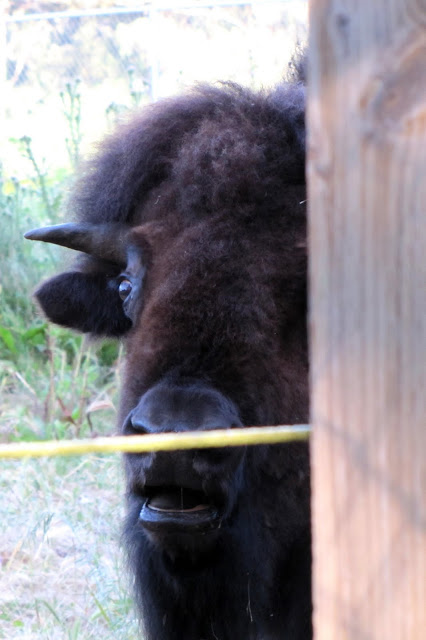 We found the bison eventually.. I think we counted five? 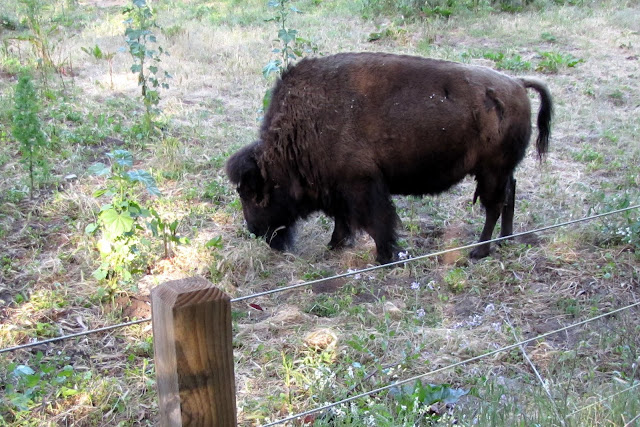 Pretty cool to see in bison in San Francisco!

Then we found this fellow: 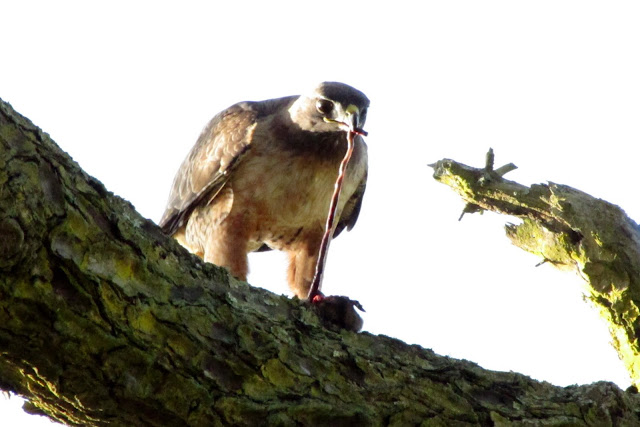 A Red-tailed Hawk dining on a gopher (hopefully not the same one we saw earlier!!) 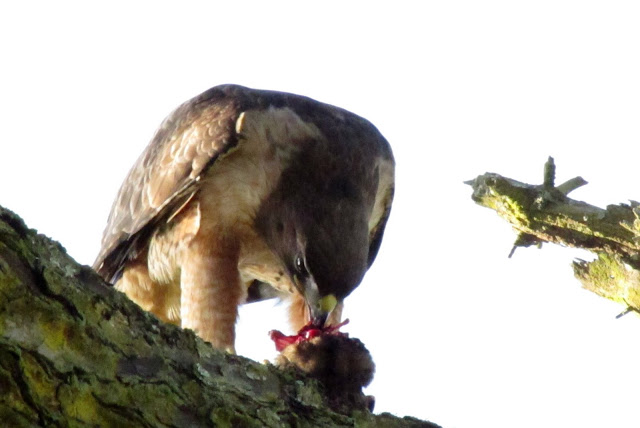 Gross and awesome at the same time. 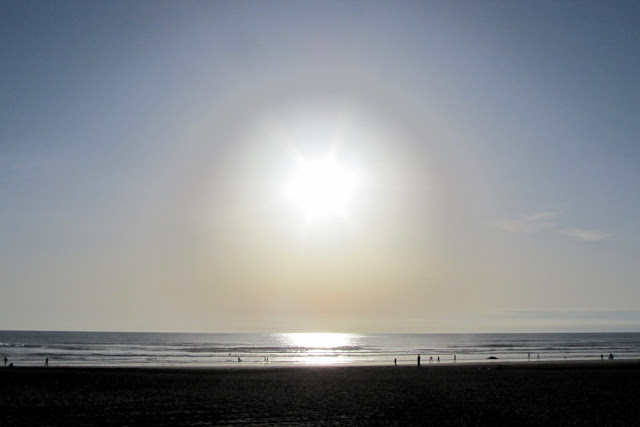 The beach in S.F. 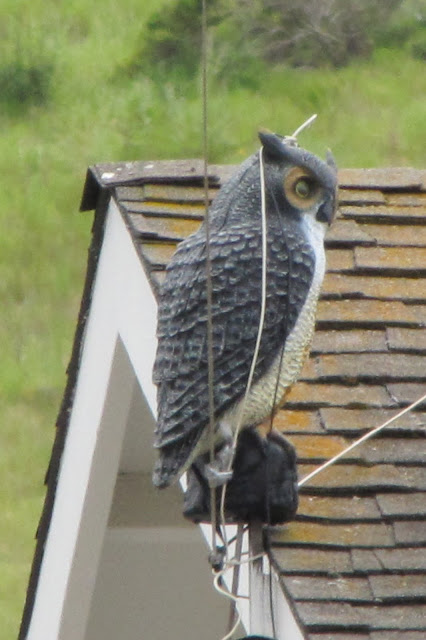 My friend's neighbor had this guy perched on his roof.. My ID is a Great Plastic Owl. 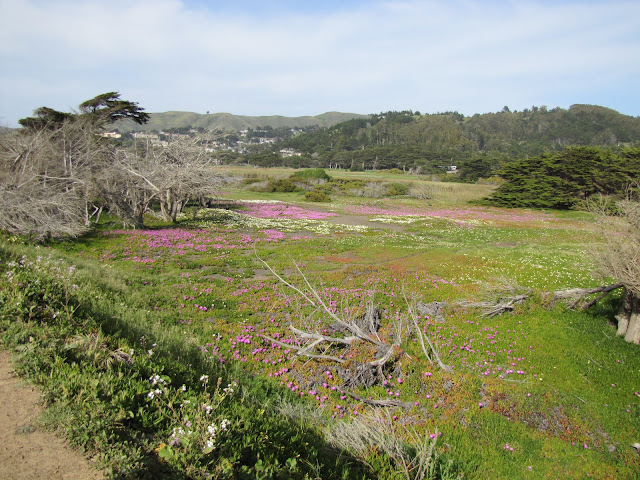 We took a walk along the beach in Pacifica... tons of spring flowers! 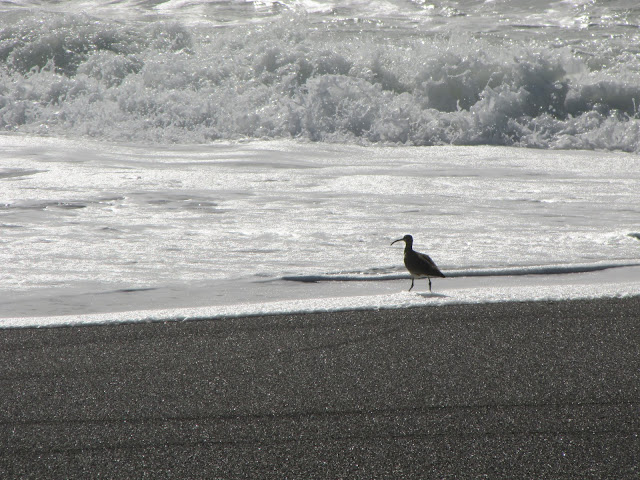 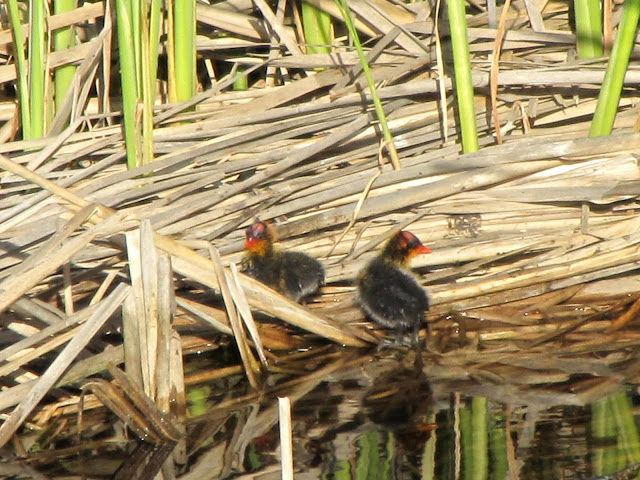 These adorable little Coot babies were swimming around a pond near the ocean.  The Coot mama (or papa?) was nearby... 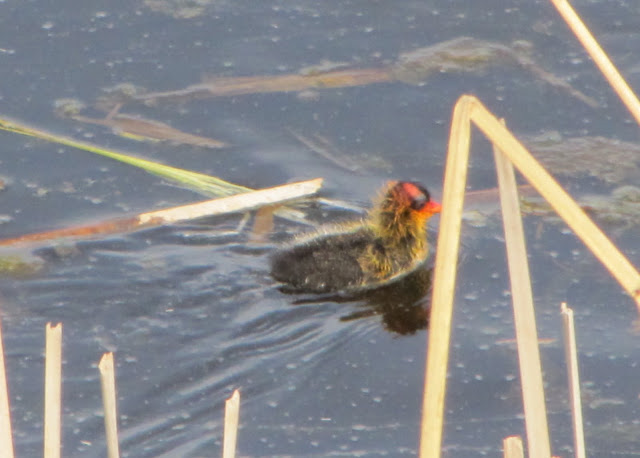 I had no idea they were so colorful and crazy-looking! 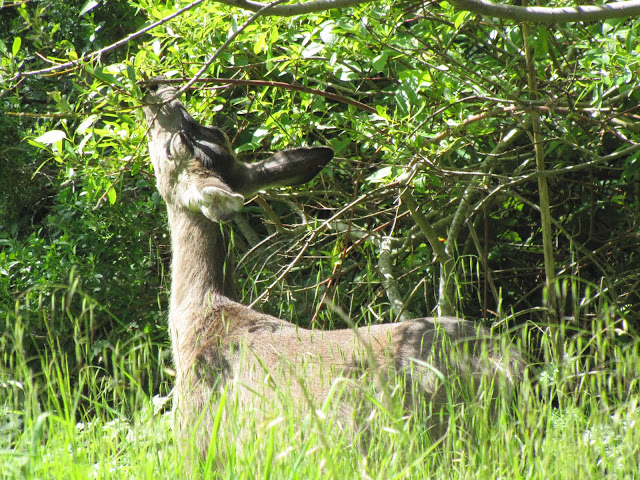 On Sunday morning we went for a short hike in a park I can't remember the name of... This deer was chowing down just off the trail.. 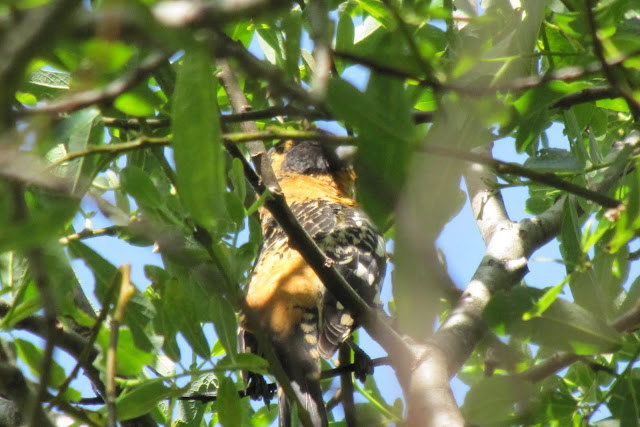 This Black-headed Grosbeak did not want to be photographed.. 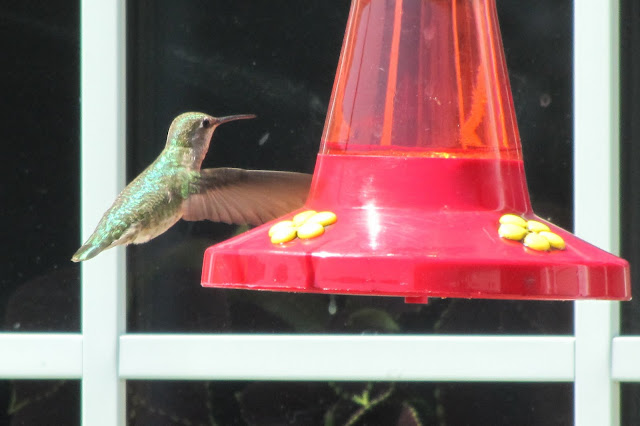 Back at my friend's house I watched this hummingbird feed...

My last day in California we rented a paddleboat at Stow Lake in Golden Gate Park... There were turtles everywhere.. 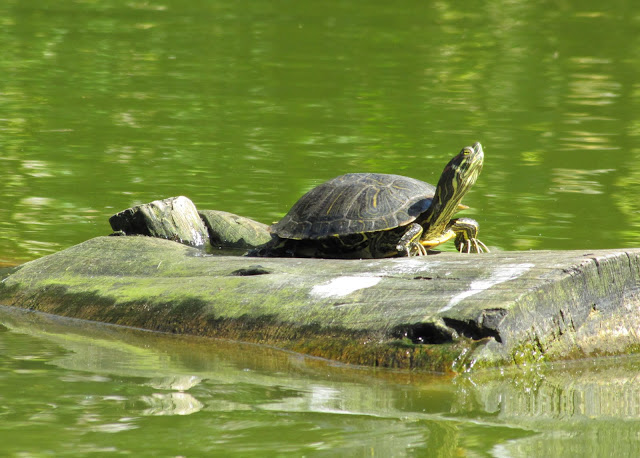 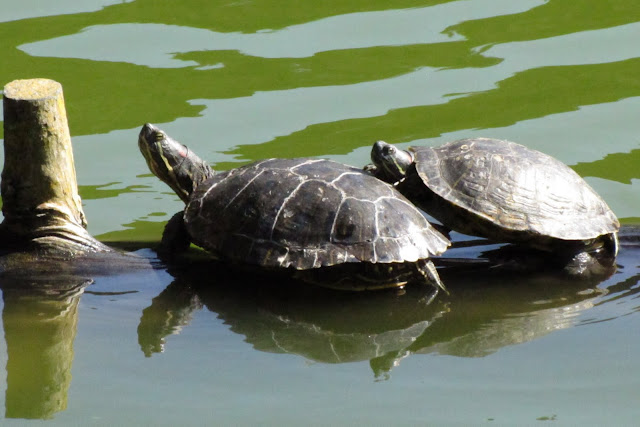