I took Jake to Kelley Point Park a few nights ago to check on the osprey and throw the old tennis ball around... The rivers are still high but there was actually maybe 15 feet of beach (as opposed to about 4 last week).  Yay. 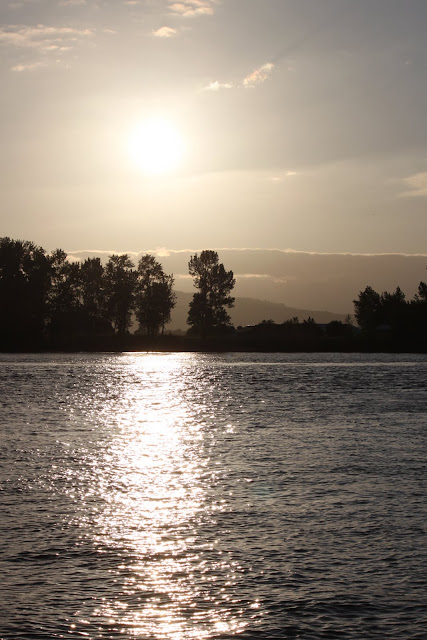 The sun was starting to set over Sauvie Island and the osprey were nowhere near the nest.   Oh well, I took Jake to the field to throw the ball around.  I snapped a quick picture of this yellow bird: 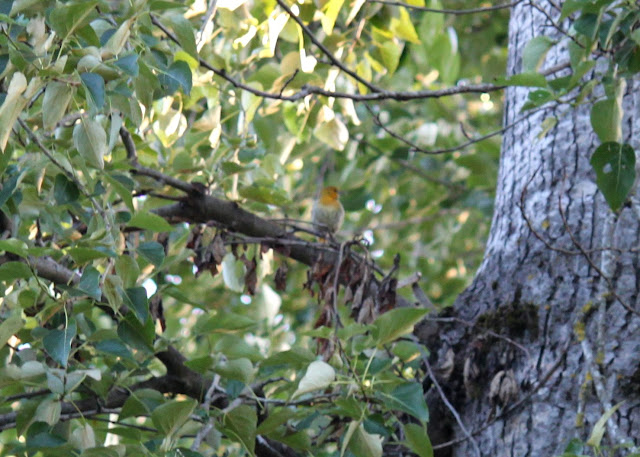 I thought it's a female Bullock's Oriole?  It took off quickly.

Soon enough a pair of osprey showed up screeching... They circled above us for quite awhile (even trying to crap on us but the wind sent it away) before moving on to the Willamette.. 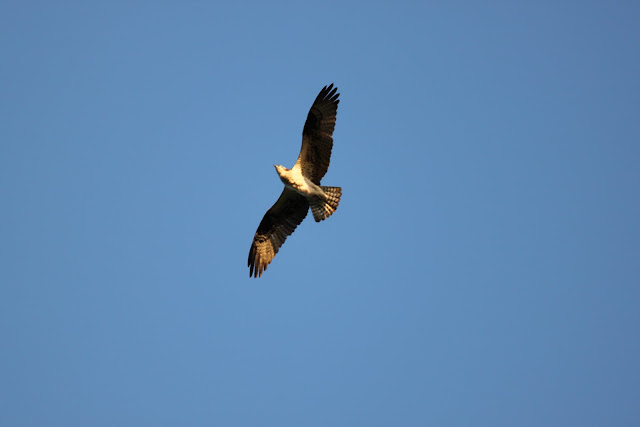 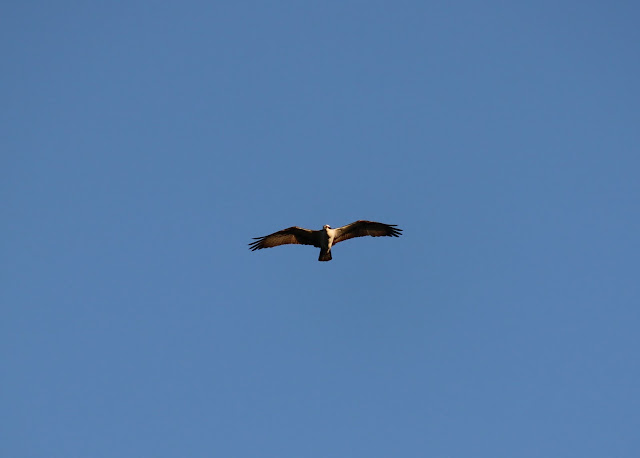 I'm still figuring out my camera so these didn't come out as good as I had hoped.  At least I know where to go for some good practice! 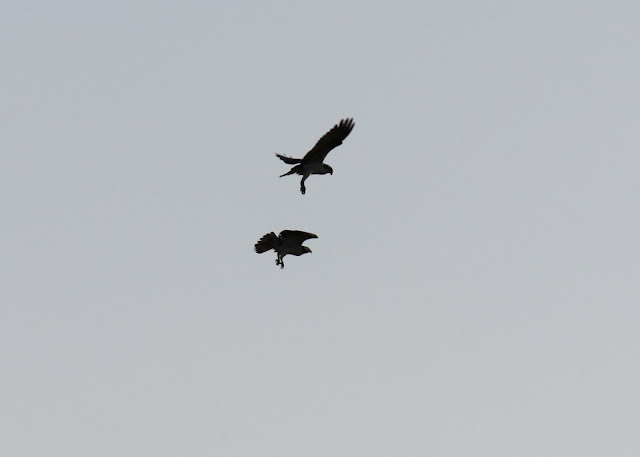 And off they went!