I don't usually venture far to look for just one bird, but for some reason yesterday I decided to head to E.E. Wilson near Corvallis to look for the Yellow-bellied Sapsucker.  The first thing you notice in the parking area is all the game birds in pens... I don't really get it, but they were cool to look at.

I took some bad photos through the rain and chicken wire... The Lady Amherst Pheasant was definitely the most impressive: 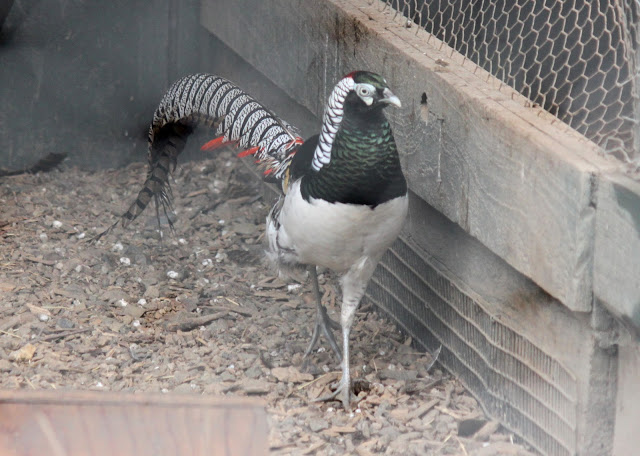 The Salmon Golden Pheasant was pretty too... 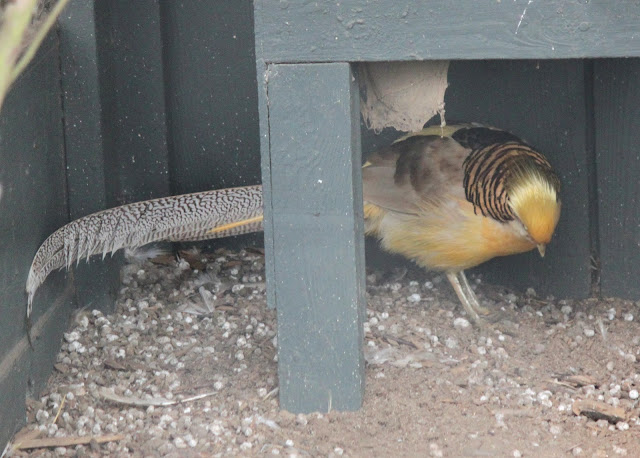 Anyway.  After peeking at all the random birds, I took Jake for a long walk on the interpretive trail.  I only encountered one hunter and one jogger the whole time.   Oh, and one smiling fruit: 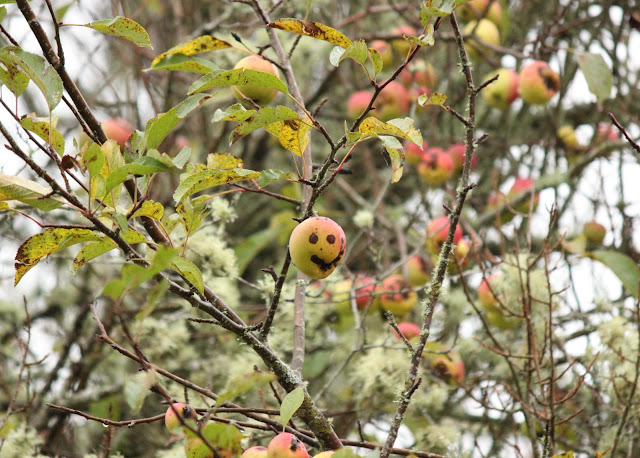 I am easily amused.

At the lake area were lots of kinglets, chickadees, Bushtits and sparrows, but only one bird in the water- a female Bufflehead.  There was also a sign about the hunting seasons... 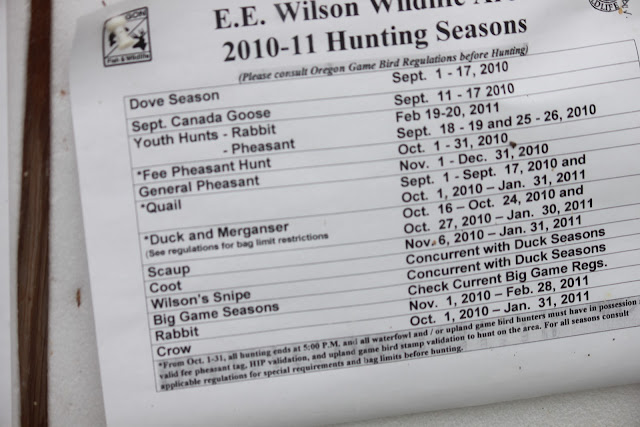 Ok so I don't know much about hunting.  I don't do it, I'm not too fond of the hunters I've met, but I can appreciate those that hunt for food and not for sport.  Anyway, my point is that I had NO idea that people hunted snipe and crows?!  That just seems so weird to me!

After the long walk I decided to follow the directions I got from OBOL to look for the sapsucker.  I walked down the road toward the headquarters and started scanning the trees.  The third tree was the lucky one... 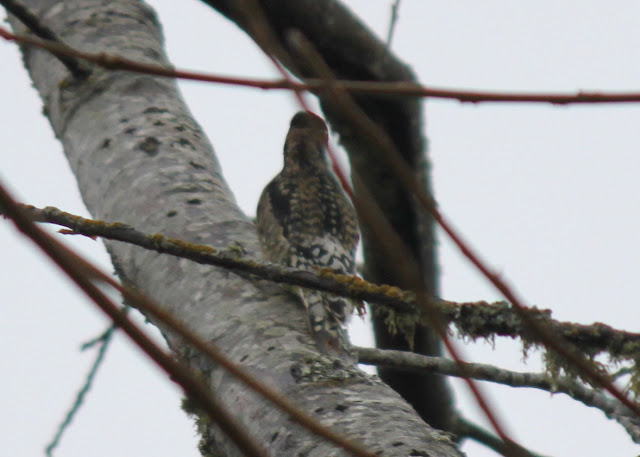 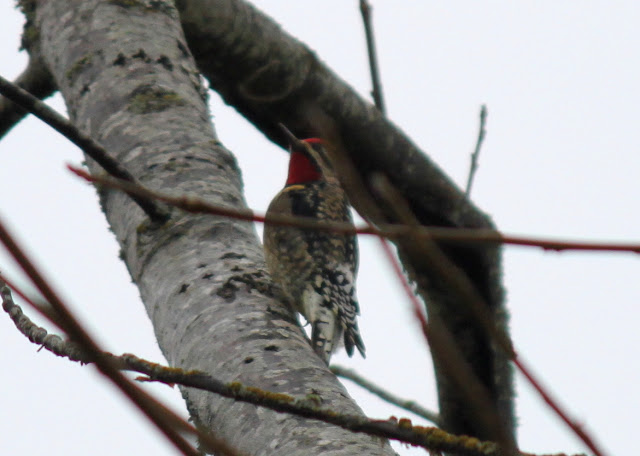 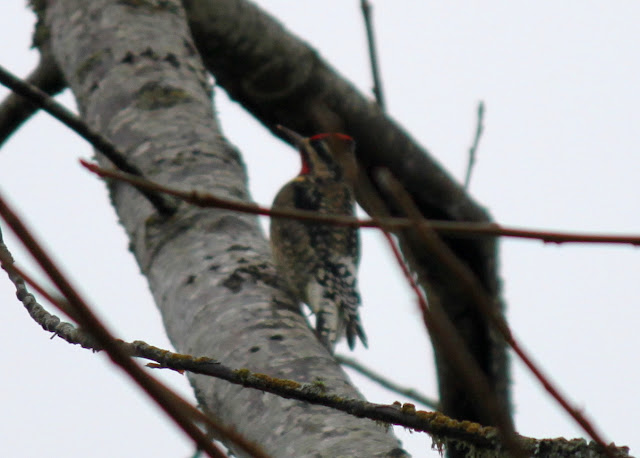 I got eight quick shots before he took off across the road and disappeared into a huge flock of goldfinches and Pine Siskins.  I never found him again.  Oh well- I was pretty amazed that I was able to find him at all! 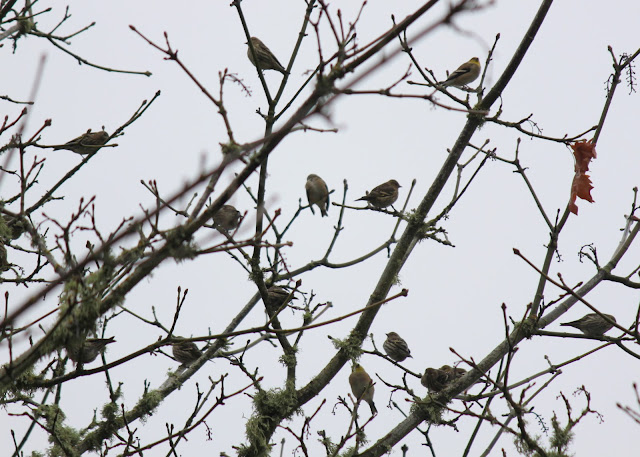 Hmm, apparently I should have headed over to the Coffin Butte Landfill afterwards to look for the strange dark-backed gull!
Email Post
Labels: American Goldfinch Pine Siskin Yellow-bellied Sapsucker