on January 12, 2011
I went over to Sauvie Island yesterday morning to look at some sparrows on Rentenaar Road.  I had initially planned on walking the dogs while there, but it was just too damn cold for me.  Maybe with a second pair of gloves and socks... Speaking of, can anyone recommend some decent gloves?? 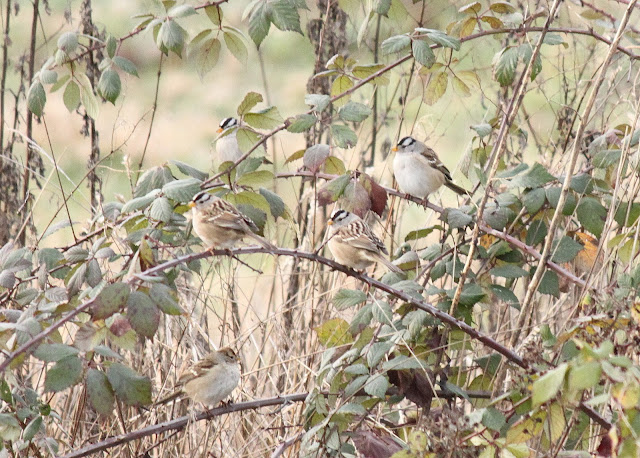 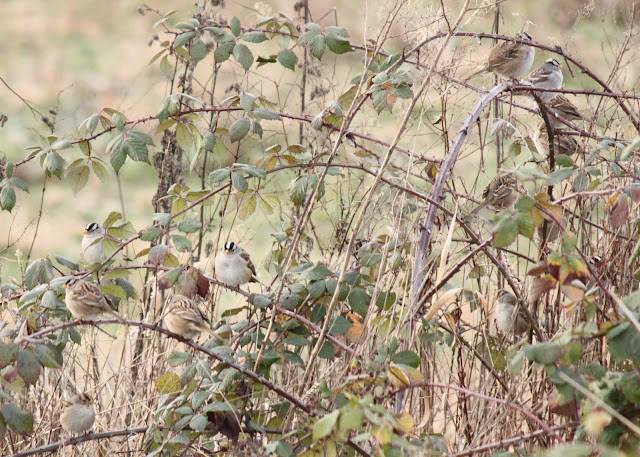 I think there's eleven in that photo.  And one more, because he posed so nicely for me: 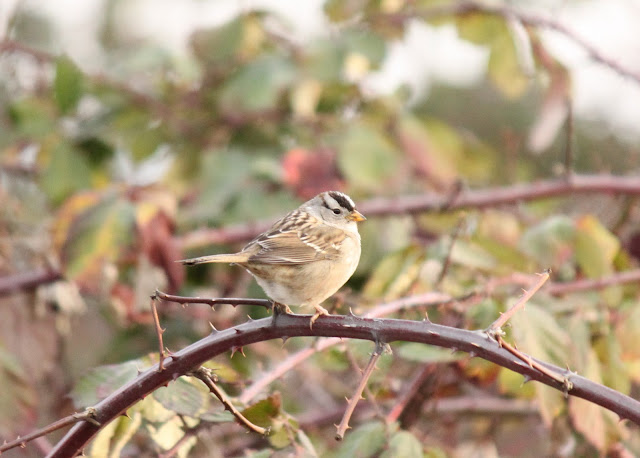 I also found my first Lincoln's Sparrow of the year.... 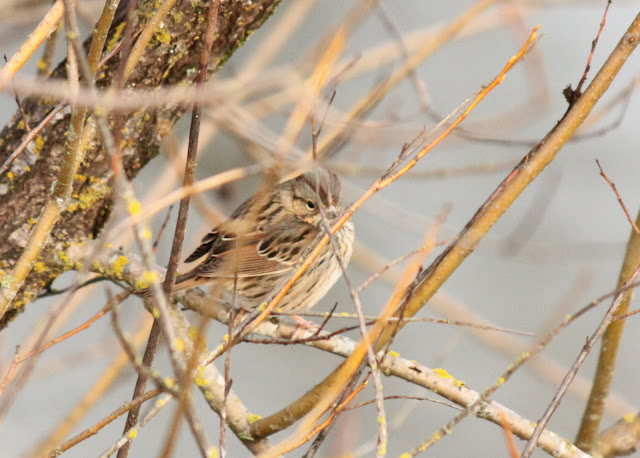 A bunch of Sandhill Cranes flew in while I was there too. 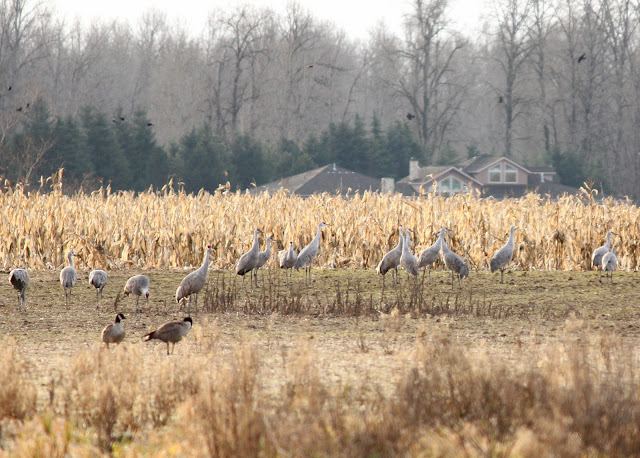 I don't usually get to be so close to so many.. It was nice. 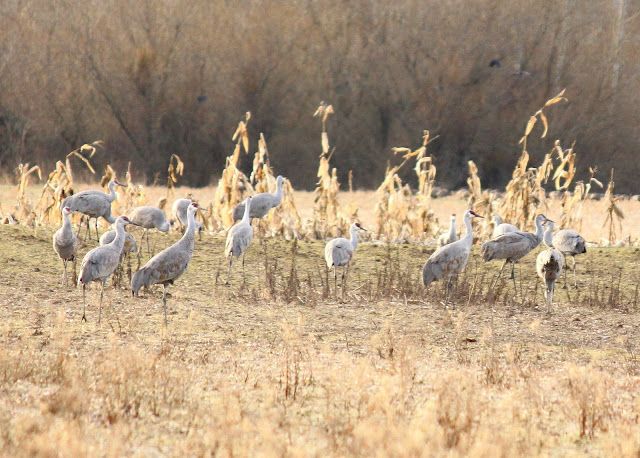