on February 25, 2011
I spent a couple hours this afternoon at Ridgefield sorta hoping I might stumble across the Barnacle Goose, but no luck there...  Found some other good birds though.

First off there were tons of hawks around.... 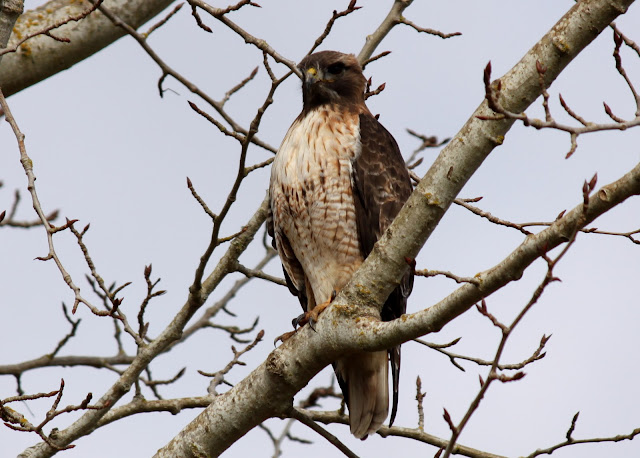 All Red-taileds from what I could tell. 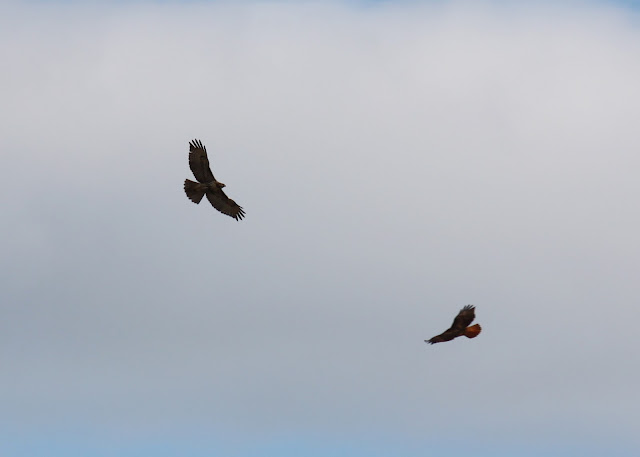 I think I finally found the Harlan's too- and then took really really terrible photos of it! 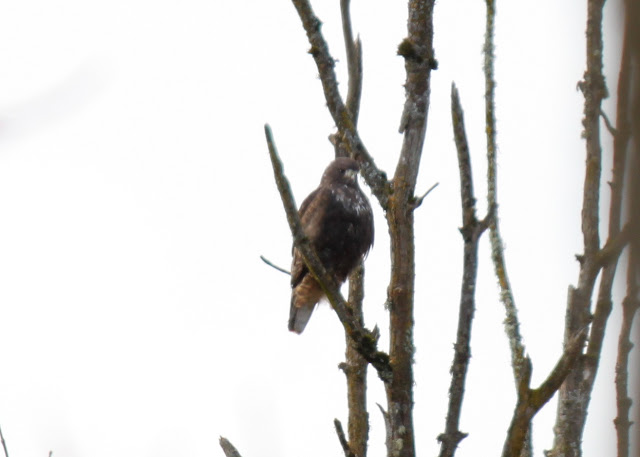 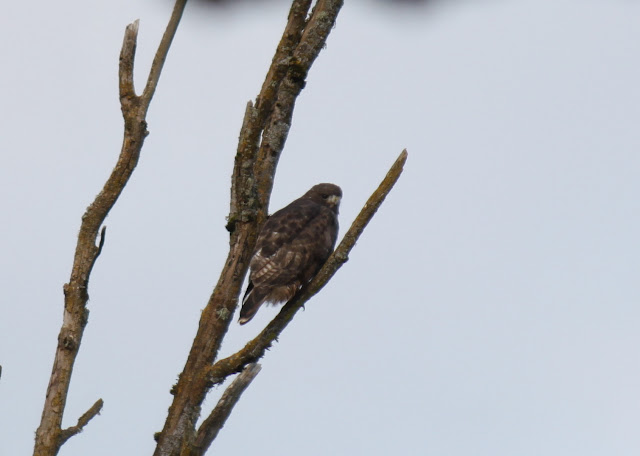 Near the marshy area where the snipe flock hangs out were a couple of snipe very close to the road.... 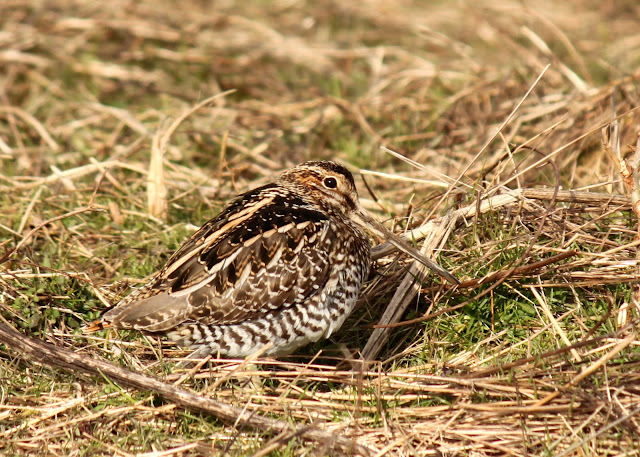 That was rad.  Towards the end of the loop I heard some rustling in a bush... I drove up a bit and saw a Fox Sparrow digging up leaves and making a mess. 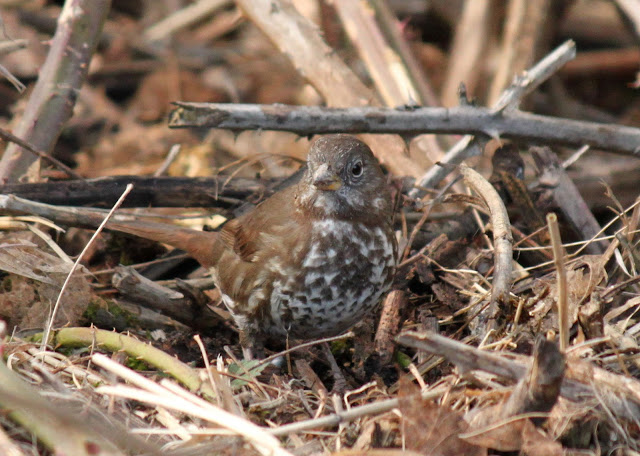