I had an awesome afternoon at Ridgefield today despite the constant rain.  Shortly after arriving I came across the most interesting scene. 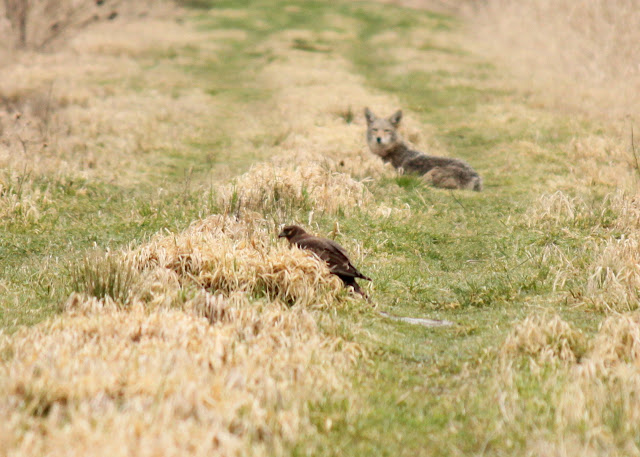 This Northern Harrier was going to town on some dead thing while the coyote watched casually nearby.  After awhile the coyote got up and moved closer, staring off in different directions, never quite looking right at the harrier.  Exactly what Jake does when I'm eating pizza.  Anyway, the coyote gets too close at one point and the harrier takes off, leaving behind the dead stuff. 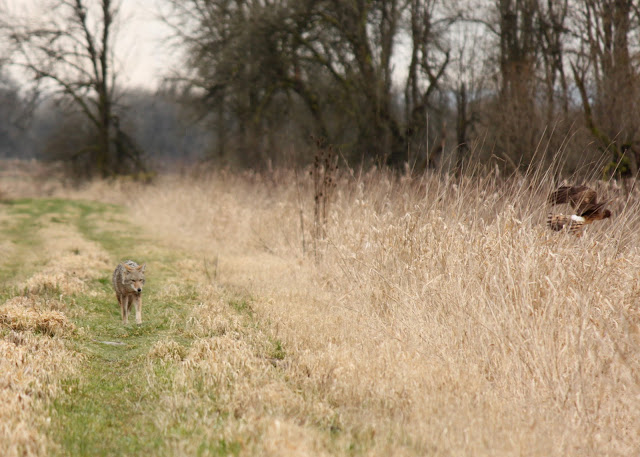 I thought for sure the coyote would go for it but he didn't.  The harrier returned and landed nearby, but not on the dead thing. 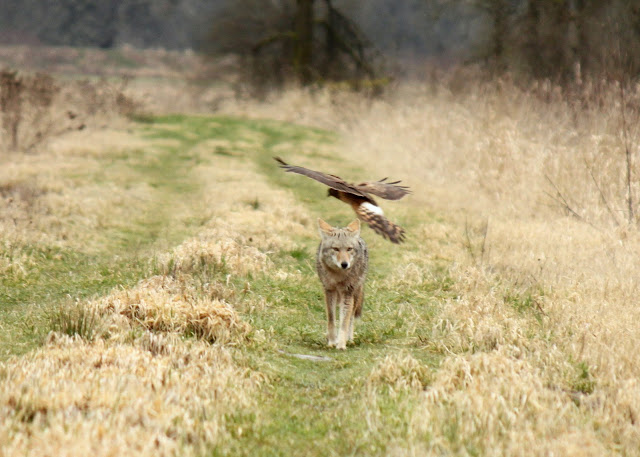 The coyote approached whatever was left of it.... 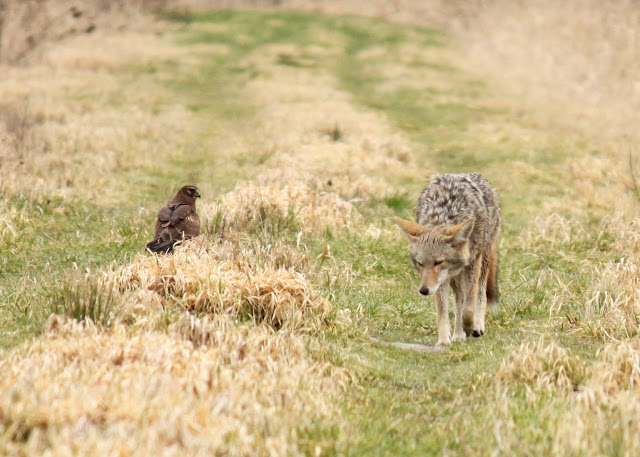 I was all ready for him to grab it and eat it or take off, but instead he made me laugh out loud.... 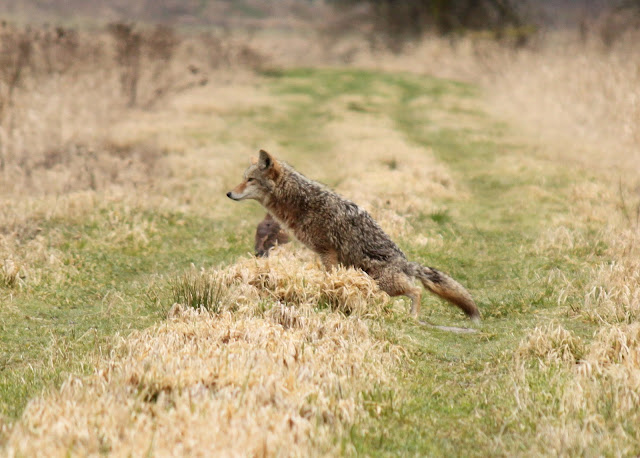 He peed on it!  And walked away... The harrier went back to the kill, eventually flying off with it to a field across the slough.  After the harrier left the coyote returned to pee on the spot again.  What the hell?  Was it something the coyote had killed and left behind?  Was it not something he liked to eat?  When the harrier was eating I saw a feather fly up so it may have been some kind of bird... I've never seen a coyote eat a bird but I'm sure they eat anything, right?

Further up the road were more harriers hunting... Managed one good shot: 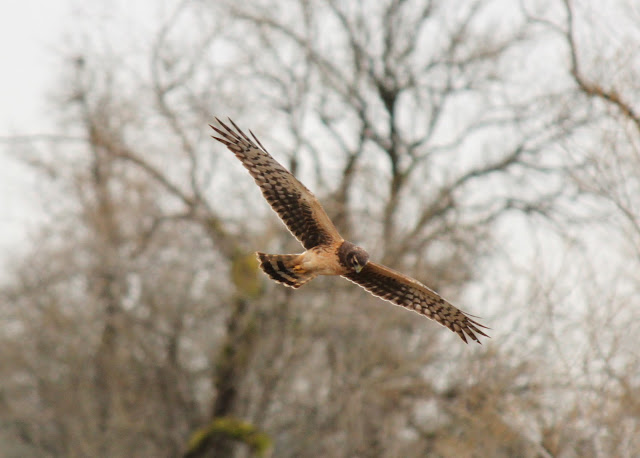 There were a lot of geese sticking close to the road today... I stopped to take photos of a couple then drove away slowly and they started to kind of chase the car yelling loudly.  Pretty funny. 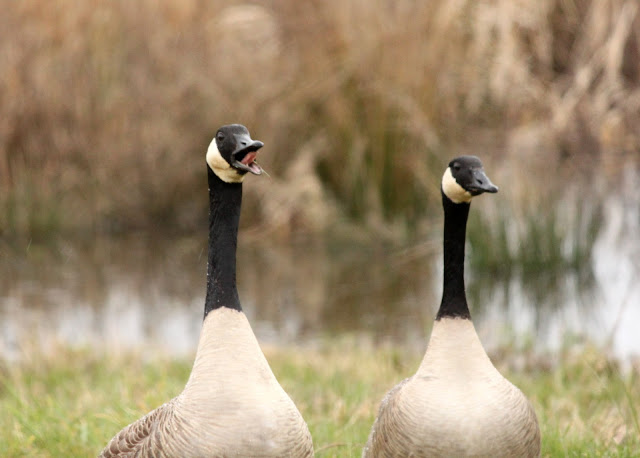 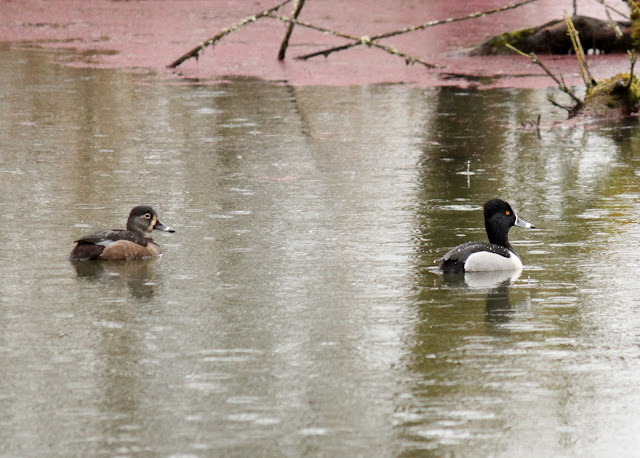 And some Hooded Mergansers... 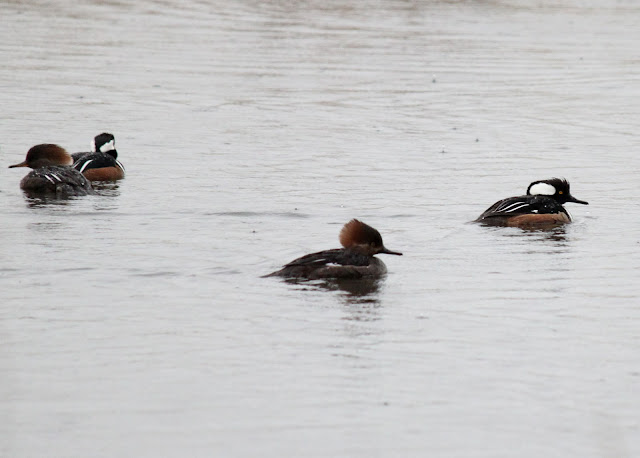 For some reason today there were four Tundra Swans extremely close to the road.  I think this was the closest I've ever been to them. 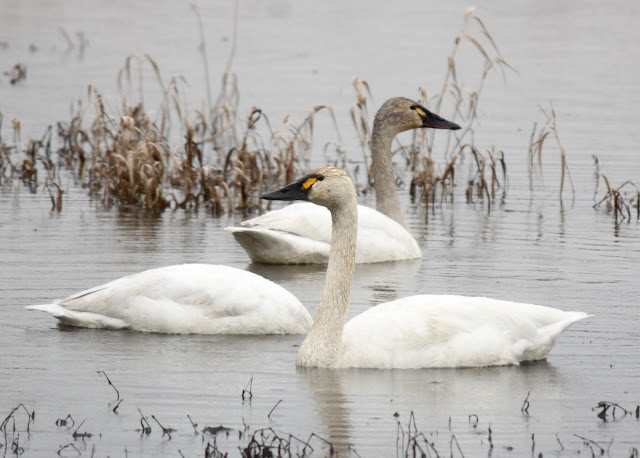 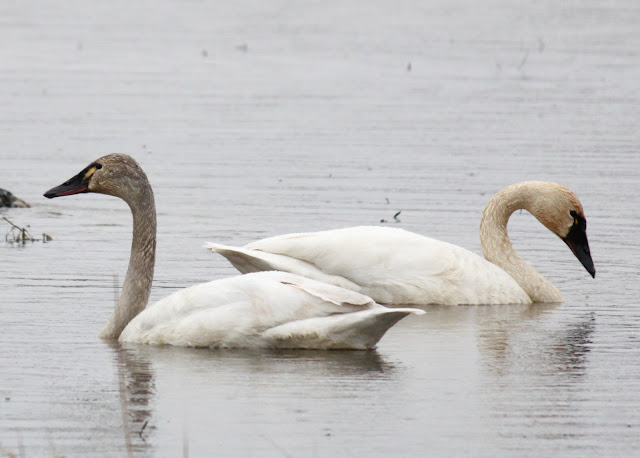 There were decent numbers of Tree Swallows around.  Some even hanging out in trees. 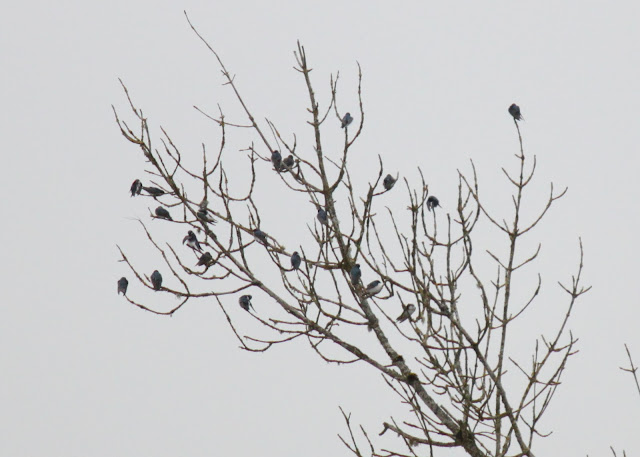 And lastly in the pouring rain, an American Bittern.... 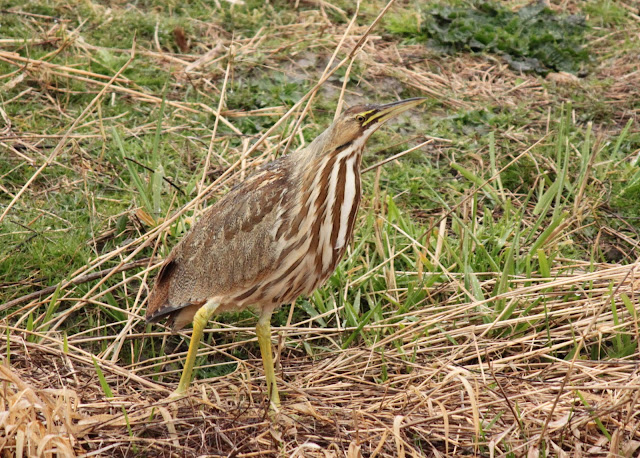