I managed to get out quite a bit this weekend despite the weather.  Yesterday I went to Ridgefield where the weather was rather nice most of the time.

There were two Great Horned Owls near where I saw them on Monday.  Here's one: 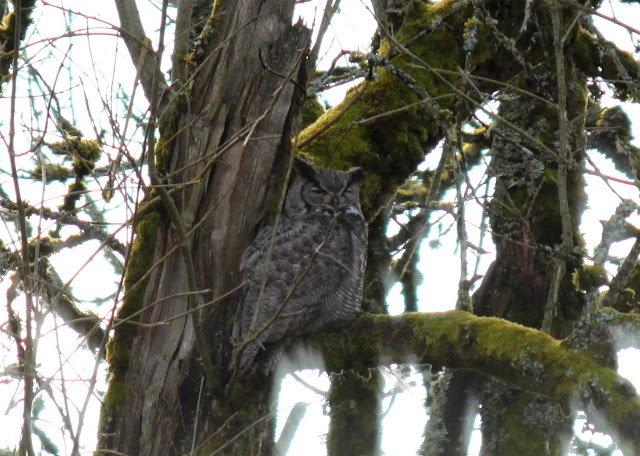 Down the road were some Killdeer calling, including one that was rather tolerant of me. 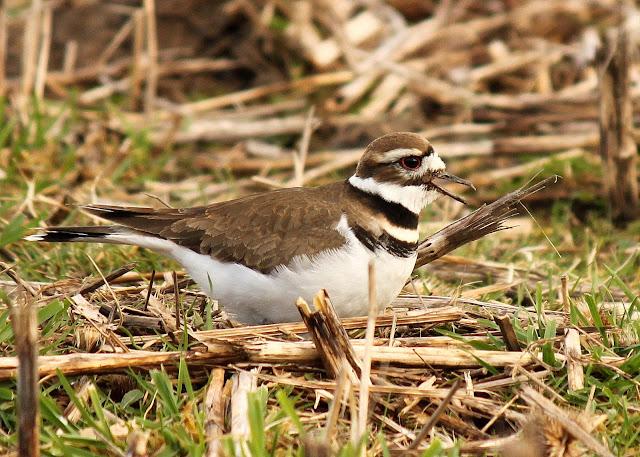 A Bald Eagle was perched in the wooded area... 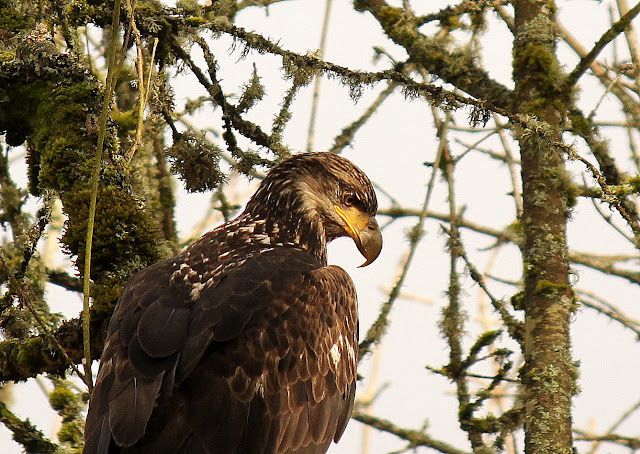 Tree Swallows were all over the place.  And on these branches. 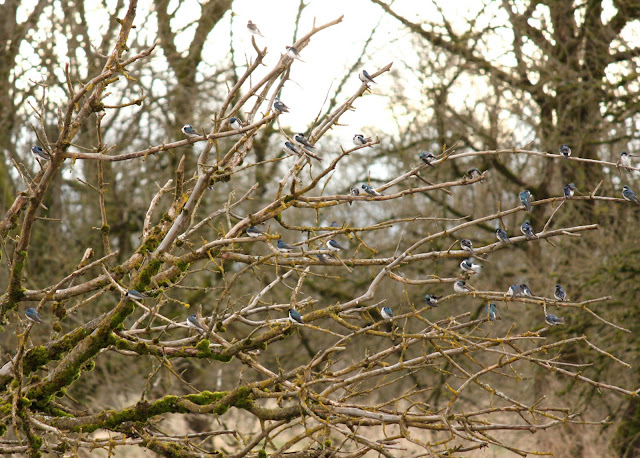 On the way home I stopped at Vancouver Lake Park to walk the dogs.  In the field across the street were Sandhill Cranes pretty close to the road... 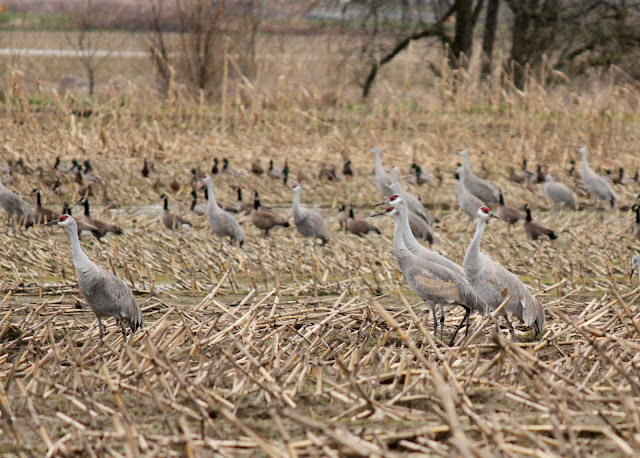 Today I took the dogs for a very wet and muddy walk around Virginia Lake on Sauvie Island.  It was raining too much to really take my camera out, but it was a nice walk regardless.  On Reeder Road there were some Snow Geese in a field close to the road.  I don't think I have ever seen them so close up. 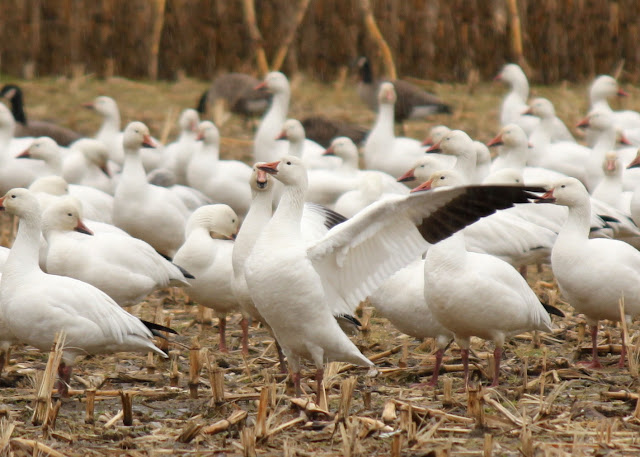 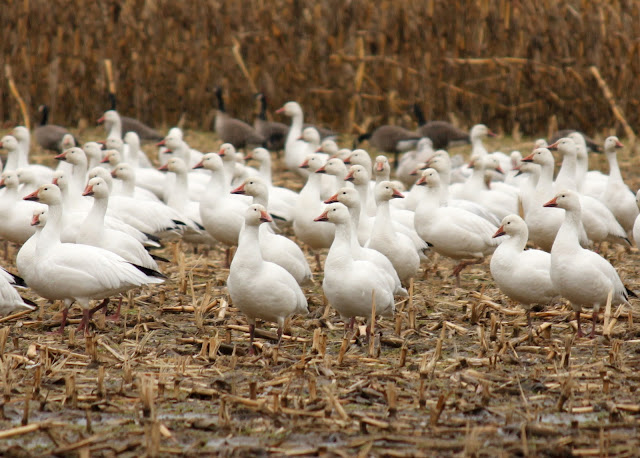 This afternoon it seemed to dry out so I headed to Westmoreland Park.  Unfortunately it started to downpour after about 20 minutes, but that was okay. 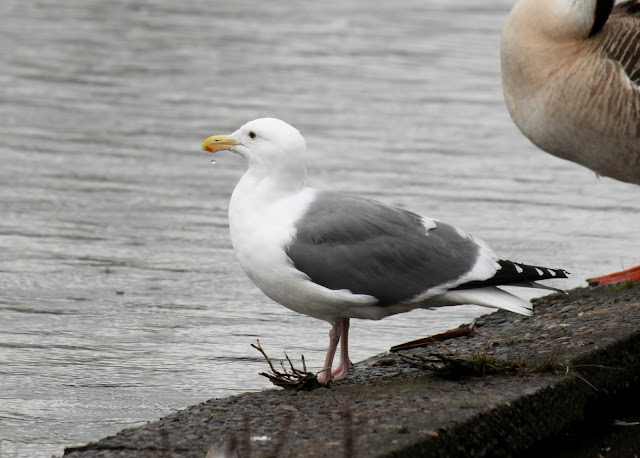 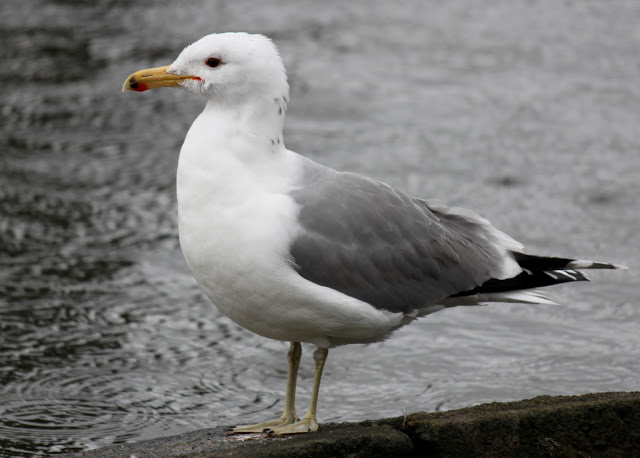 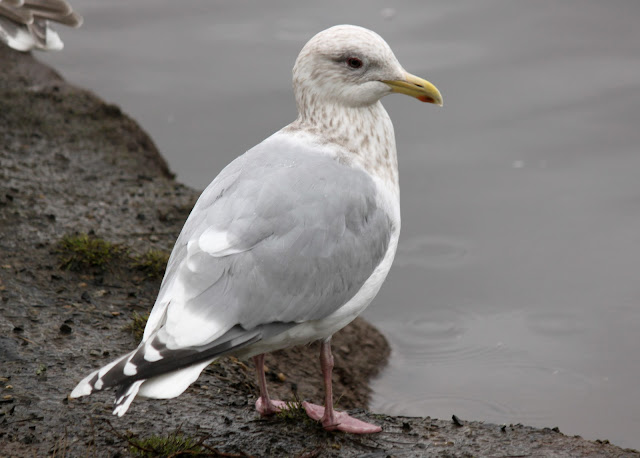 
This next gull stood out because it was so light in color, but I don't usually attempt to ID the younger gulls... I would guess a light Glaucous-winged or maybe a hybrid... 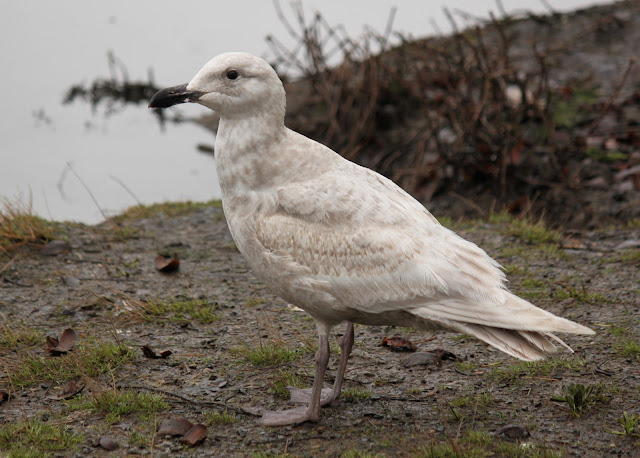 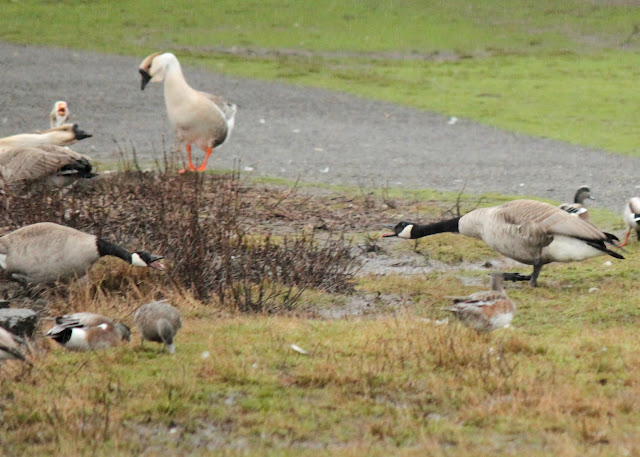 The trees and bushes were all starting to bloom.... Woohoo hello spring! 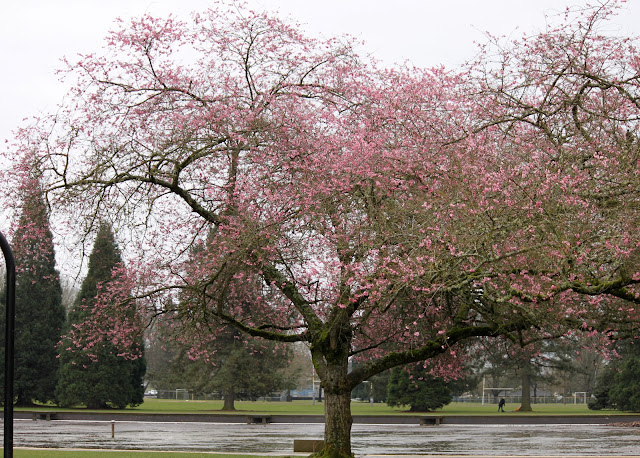