I had an awesome day at the coast yesterday... I mainly wanted to play with my new GoPro camera, but also wanted to look for some gulls and stuff, as well as tire the dogs out.  Success!  I started my morning at the cove in Seaside...

Black Turnstones were scurrying over rocks by the dozen.  I was stoked. 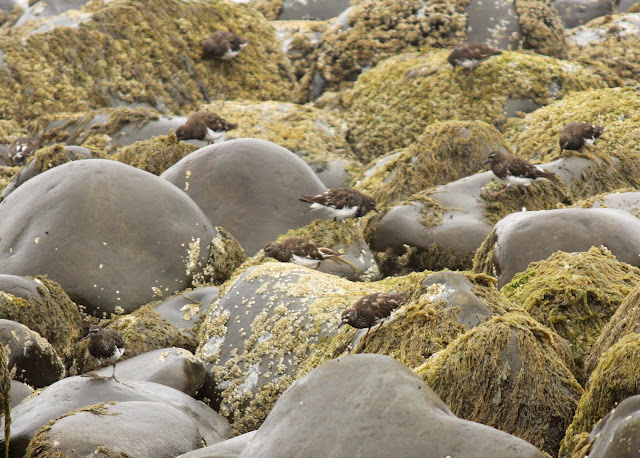 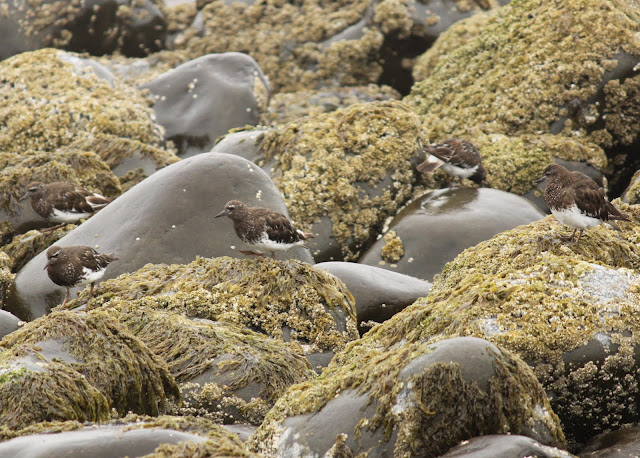 I was watching them move across the rocks for awhile when I noticed this guy: 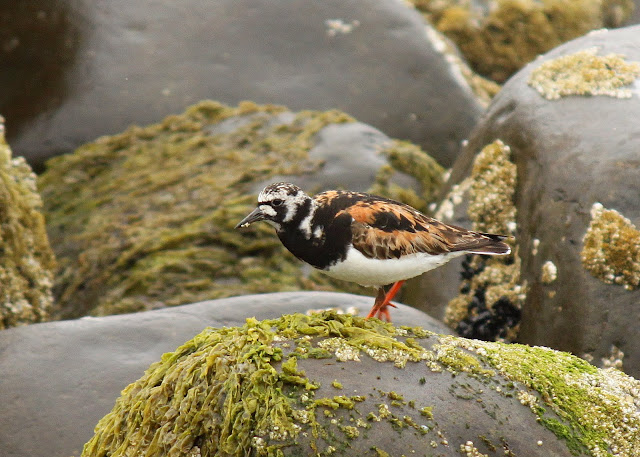 My first Ruddy Turnstone!!  So awesome.  The other turnstones were mad jealous of the Ruddy's fancy colors. 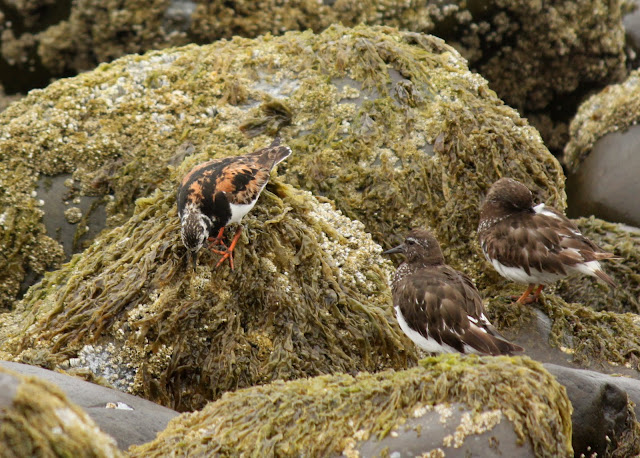 And one last Black Turnstone... 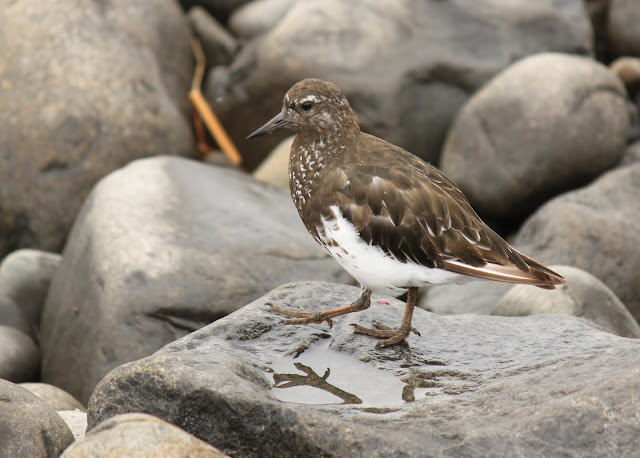 I took a lot of gull pictures throughout the day... Here's an easy one: 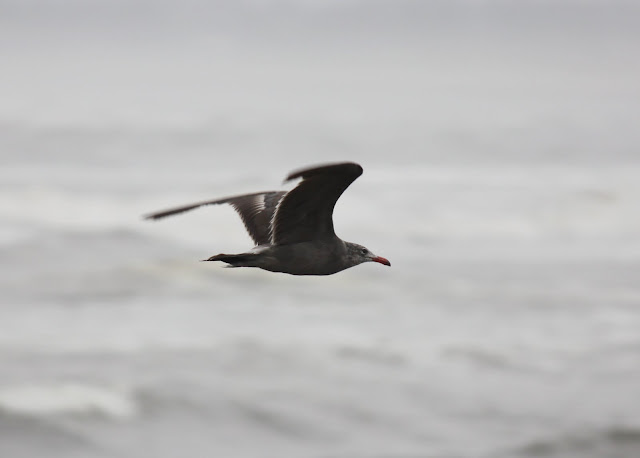 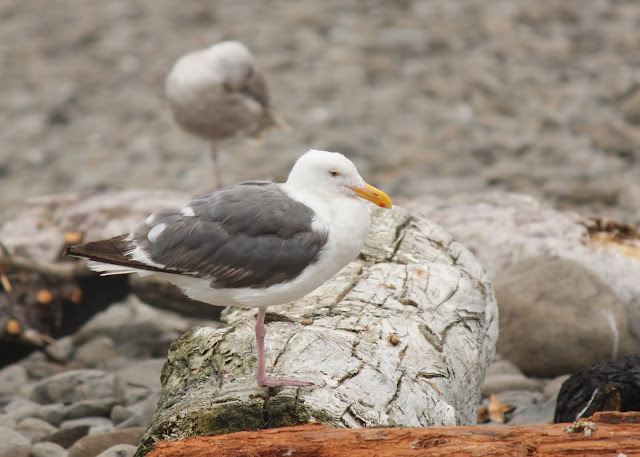 Next we headed to Fort Stevens State Park in Warrenton.  There were some small mixed flocks of shorebirds from which I could pick out only a couple species, Semipalmated Plover being the most obvious. 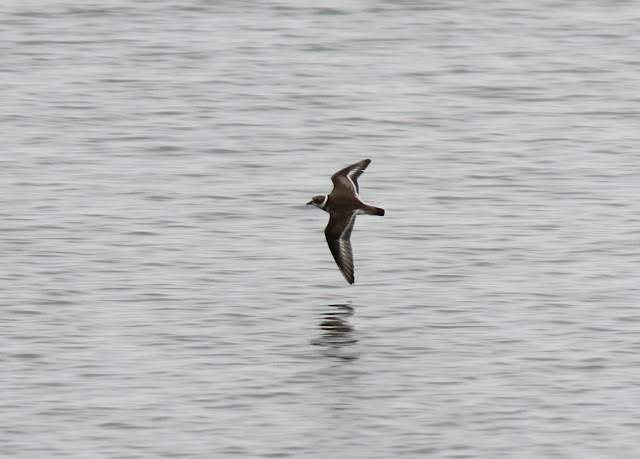 The rest of the birds looked like they might be Western Sandpipers and Dunlin, but I didn't get very good looks... 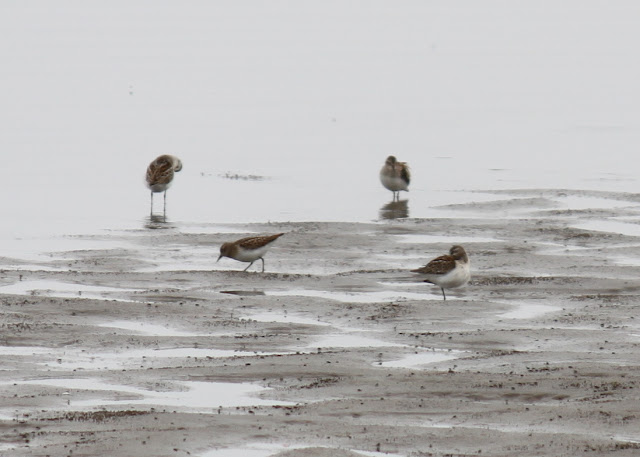 Later on I headed down to the Necanicum Estuary near Seaside, hoping for more shorebirds.  I didn't see very many, but down by the ocean were a couple of Black-bellied Plovers. 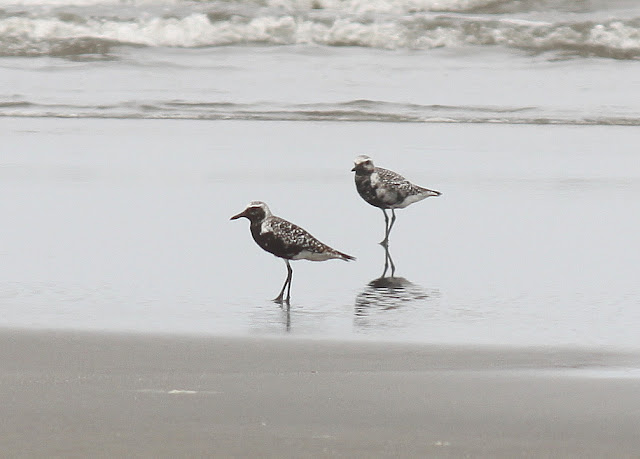 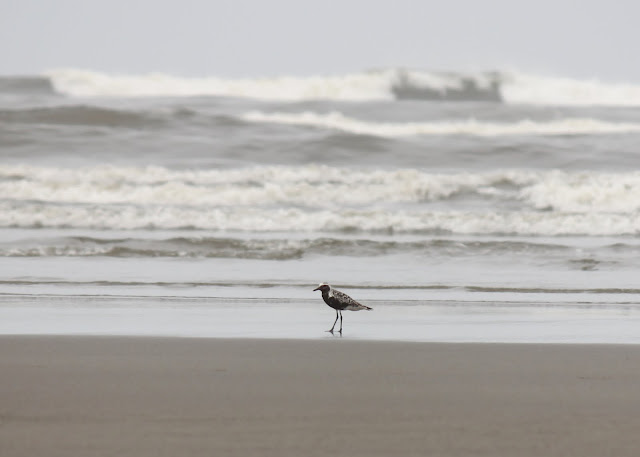 Also hanging out were tons of Caspian Terns and California Gulls.  And some ghost people. 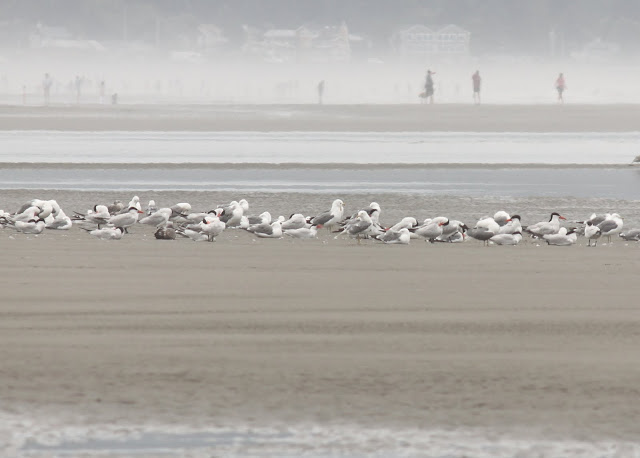 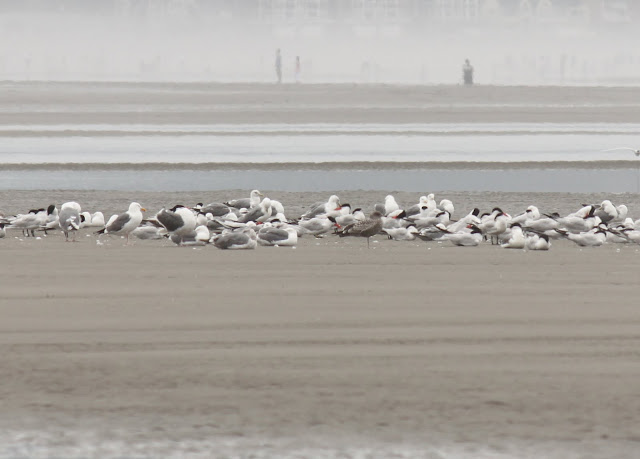 That was about it for birds...  Back at Fort Stevens Park earlier I played with the GoPro for awhile.  If you're not familiar with it, you should google it.  Basically it's a very small HD video camera with a waterproof shell.  I decided to attach it to the dogs and set it to take photos every 2 seconds.

Here are a couple that Jake took: 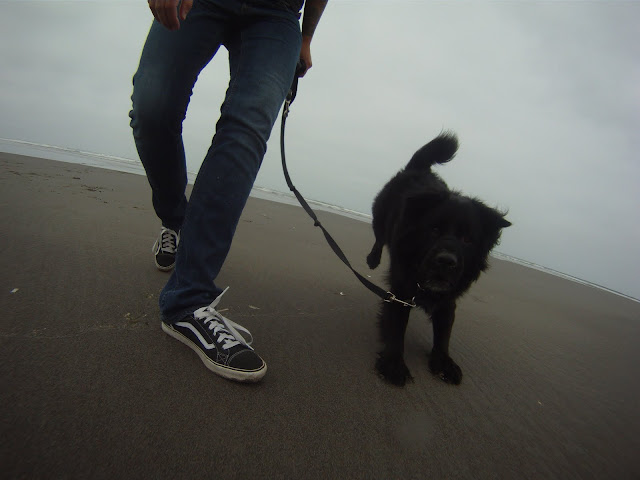 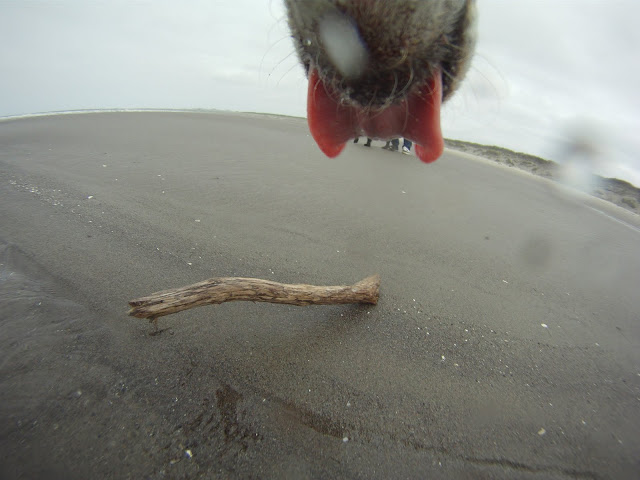 And one that Ralph took: 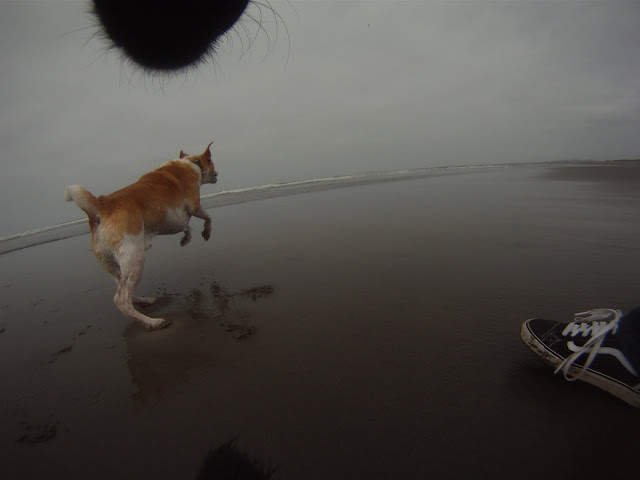 Here's what Jake looked like wearing the camera (taken with my cell phone): And lastly, one of the videos I took with it of Jake fetching a stick in the water.  It's kind of noisy, but I like how it looks.

Oops, I posted this but forgot to mention the dead gull I found... I noticed some bones poking out of the sand along with some fishing line.  Tugging on the line brought up this: 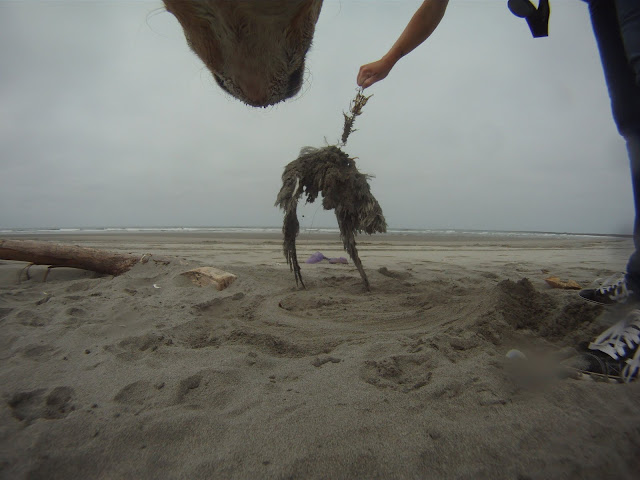 There was a fish hook going through part of the gull hip: 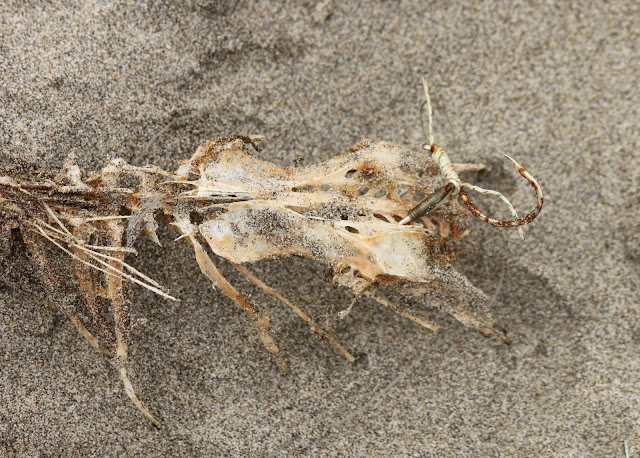 Did the gull eat a fish with a fish hook and it got caught?  When I pulled the gull out of the sand, the pelvis and other bones detached from the rest of the skeleton but was still attached with the fish line.  I cut the line so I could take the part with the fish hook with me. 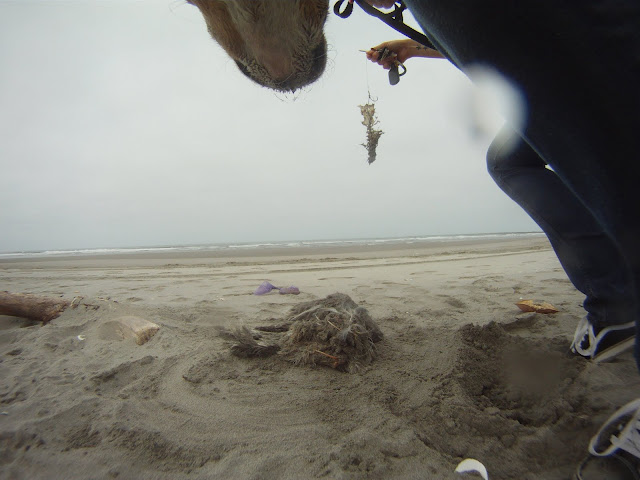