Yesterday I went back to Sherman County to try to get some better looks at the birds I found there last month.  I had some success but was pretty surprised to find that a big wildfire had spread through...  According to the Oregon Department of Forestry it burned about 5600 acres.  Unfortunately some of the best spots I had found for sparrows were completely burned and seemingly bird-free. 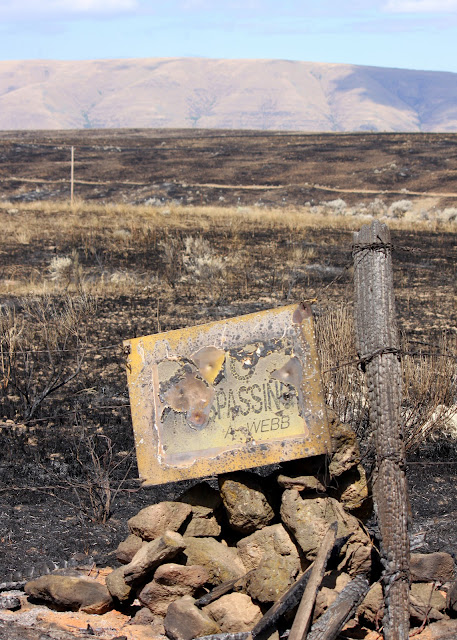 Oh well, I found some other good spots.  On my way down Highway 97 I was surprised to look over and see seven pronghorn standing on a hill looking at me.  I didn't realize they could be found this far west.  I love them. 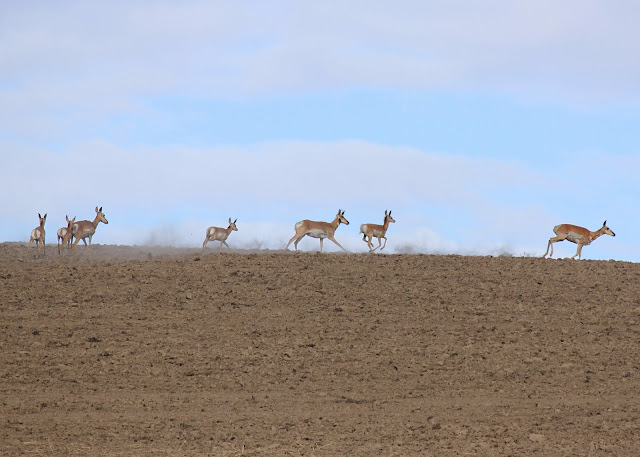 I found the meadowlark in charge of hunting on someone's property.  He took his job very seriously... Not sure how he held the pen. 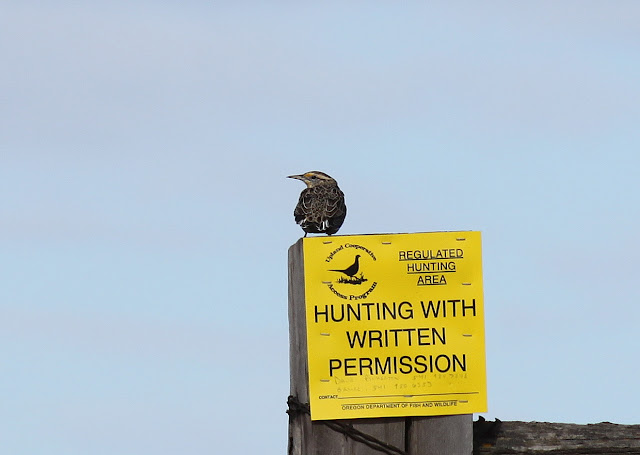 It was definitely a good day for Horned Larks.  On my last trip I only saw one or two and they were not the pretty adults I saw yesterday.  Check out the horns! 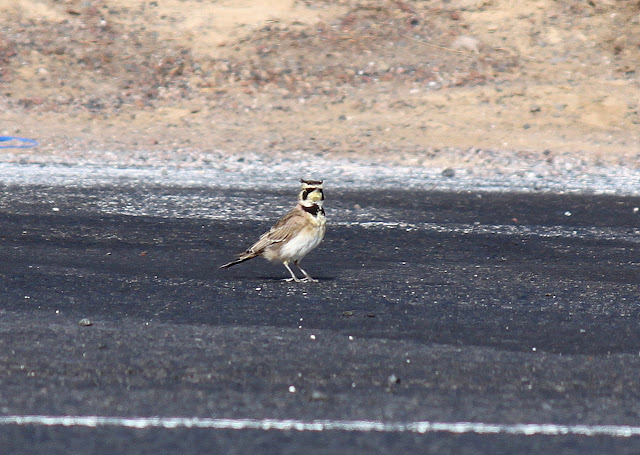 And the horns from behind... 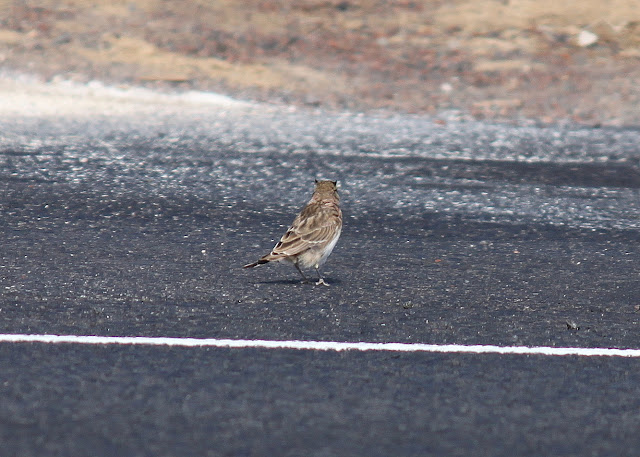 It was a pretty nice day out- I could see both Mount Hood and Mount Adams.  Here's Adams: 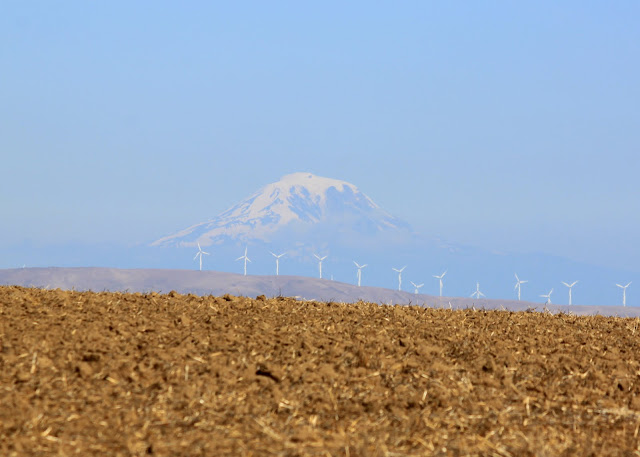 I came across one bird that kinda stumped me.  The only bird I can even guess is Say's Phoebe, but it doesn't really sit right with me... 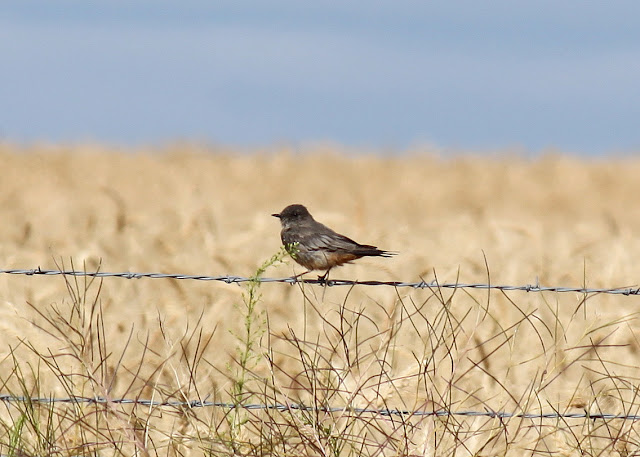 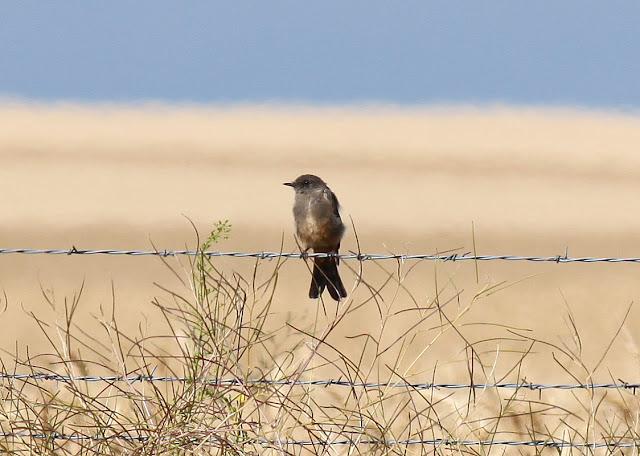 Eh?  Then there was this guy: 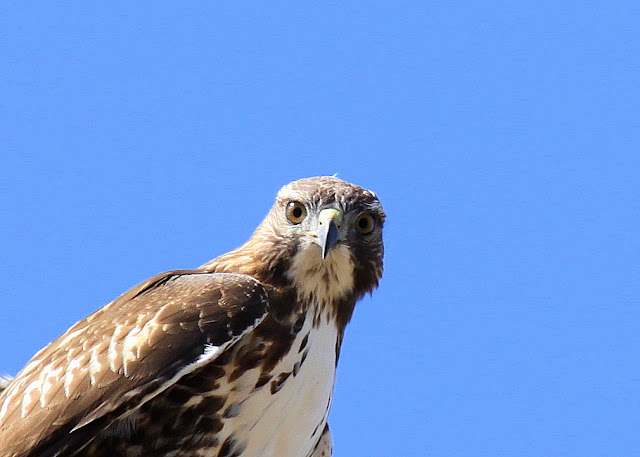 There were lots of Western Kingbirds around, including this pair that I followed for a bit: 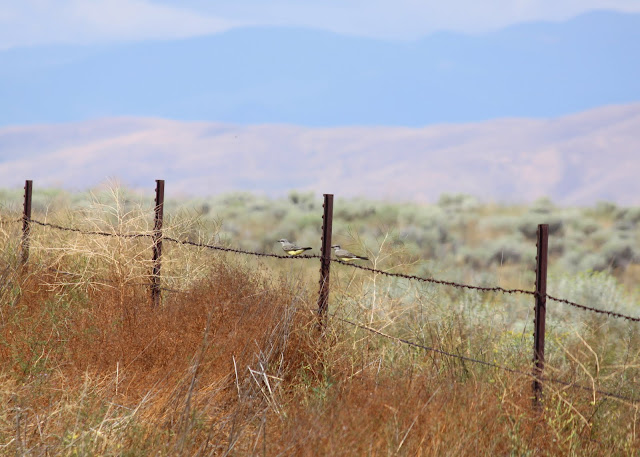 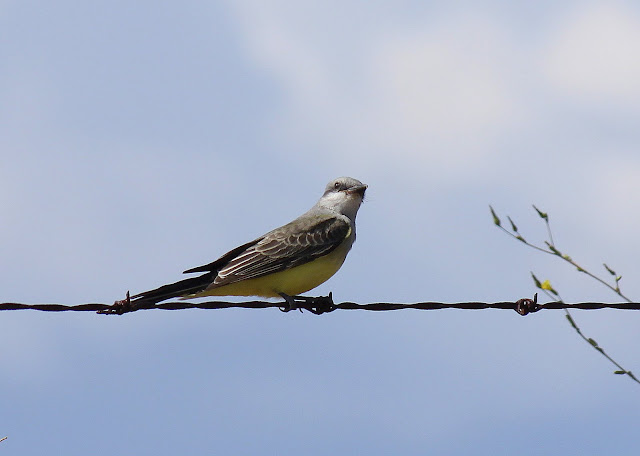 I passed a deer carcass at one point, and on my way back a Turkey Vulture was poised on a telephone pole keeping watch on it.  He spread his wings for several minutes at a time in a couple different positions though I'm not sure why.  It was pretty damn warm and there was certainly no way he was wet and I can't imagine he was cold.   I thought maybe it would help attract other vultures to the deer, but that's kind of a long shot. 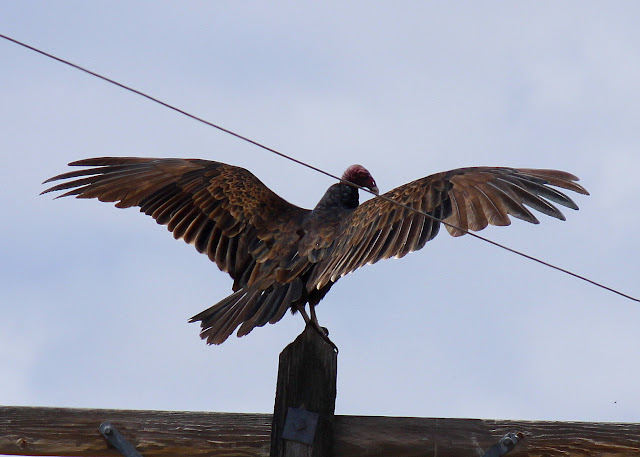 That was about it for birds... There were tons of grasshoppers though. 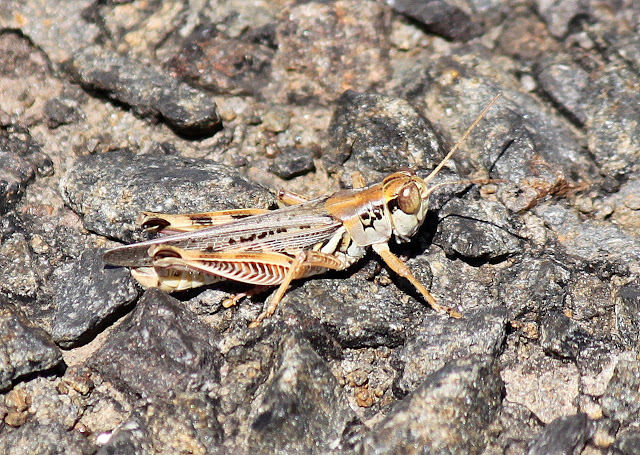 When I got back to Portland I discovered one had hitched a ride in the car with me.  Hope they're not invasive.  Good times!
Email Post
Labels: Horned Lark Pronghorn Red-tailed Hawk Say's Phoebe Turkey Vulture Western Kingbird Western Meadowlark