I got up bright and early (dark and early?) on Sunday morning and made it to the beginning of the Center Patrol Road at Malheur before 6:30.  I was greeted by oodles of Sage Thrashers!  My first! 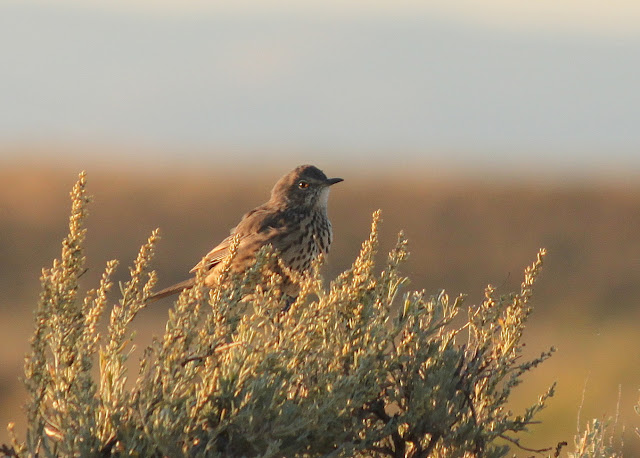 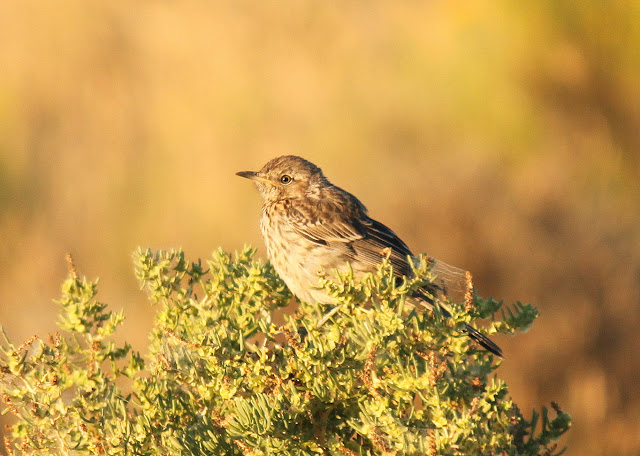 The swallows along the Blitzen River were fun to watch... 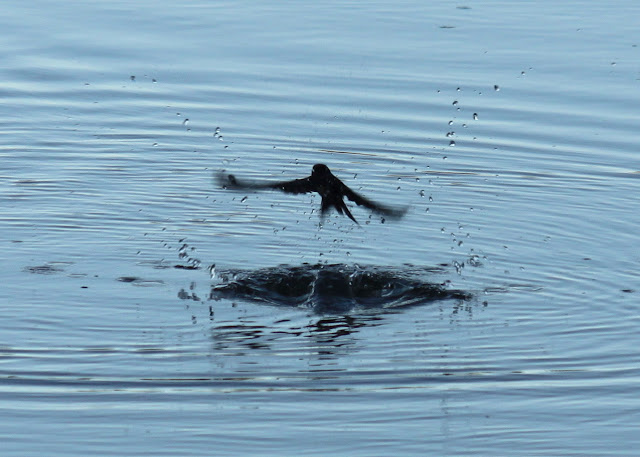 At one point I heard several coyotes howling and yipping but the grass was too high to see them... When I looked in the direction of the sounds all I could see was these antlers: 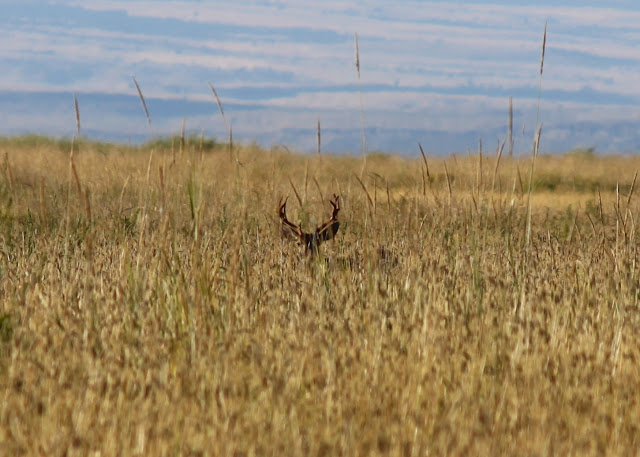 Not sure if the howling had anything to do with the deer.  On this trip I saw more Black-crowned Night Herons than I've ever seen together before.  On Saturday evening I watched four flying together (two juveniles, two adults) and Sunday morning I startled up at least five together in one spot. 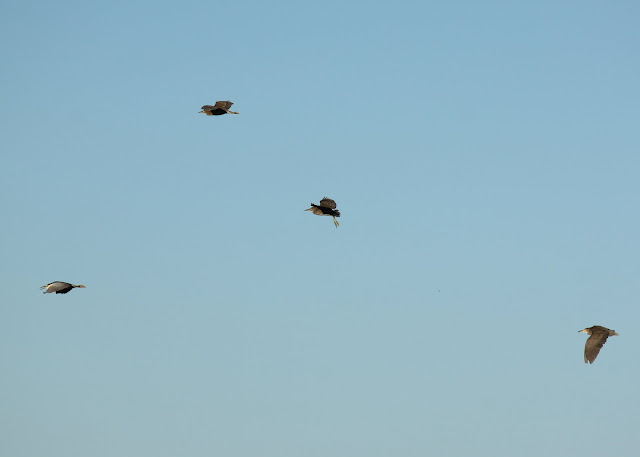 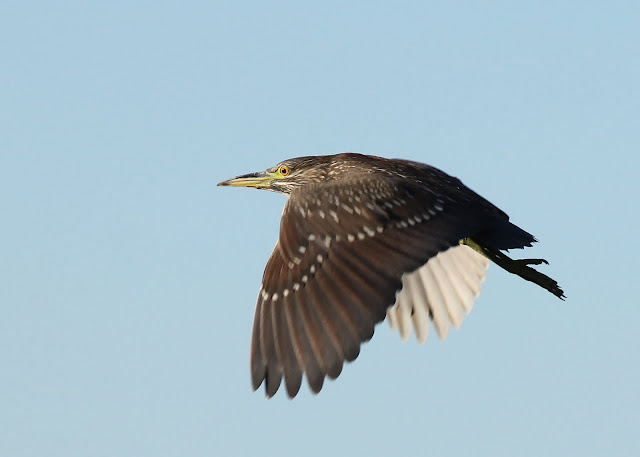 The White-faced Ibis is definitely one of my favorite birds at Malheur.  How could it not be? 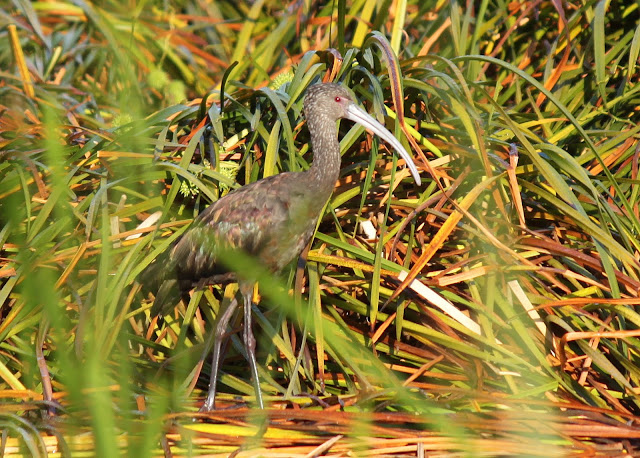 This next one is going to the bathroom: 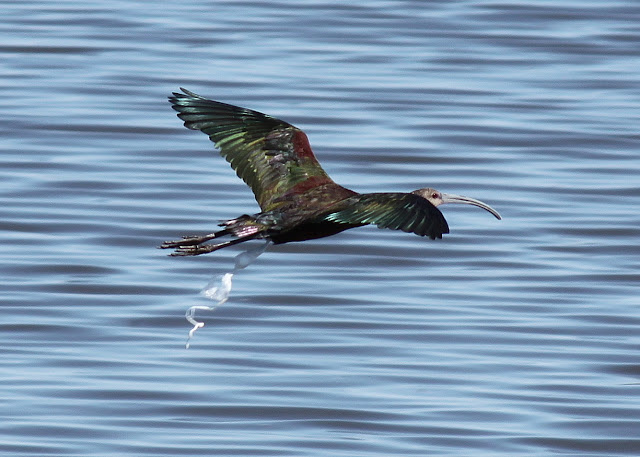 Hell yeah.  I got okay looks at a Sora at one point: 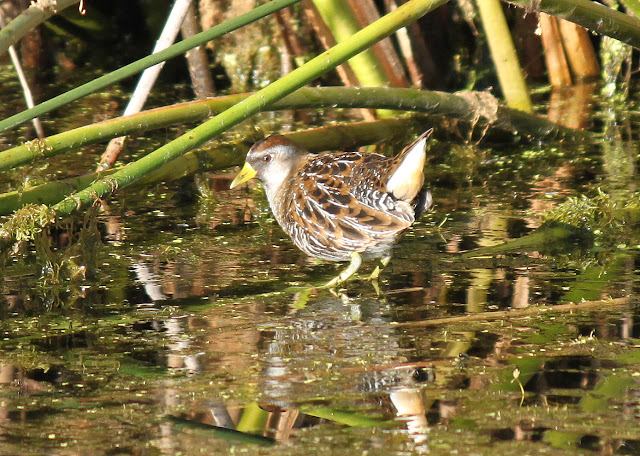 A family of Ring-necked Pheasants crossed the road in front of me but only got bad photos. 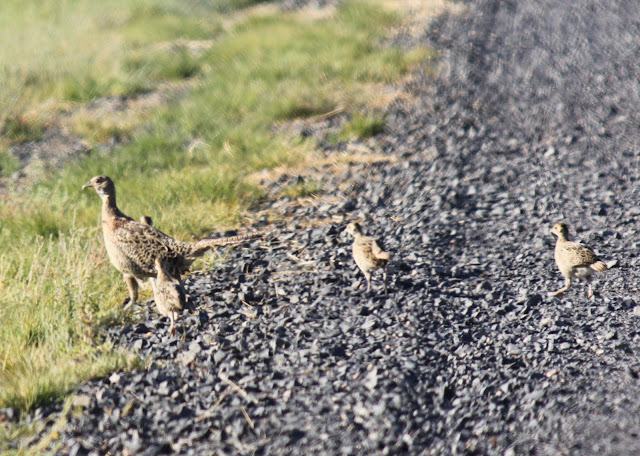 Later on I got good looks at a couple: 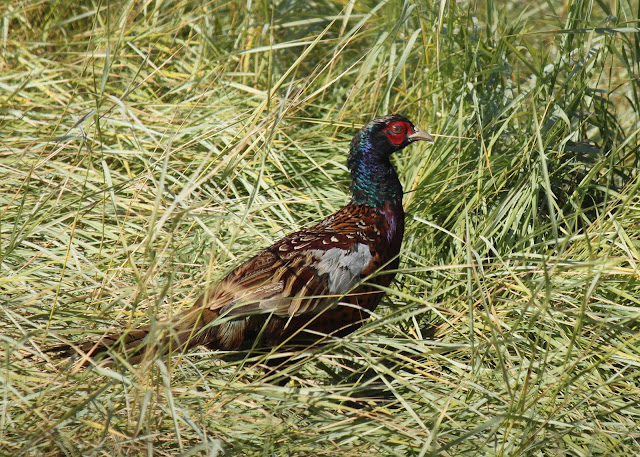 I never realized there were so many subspecies of pheasants till now.  This guy seems to fit somewhere in the Colchinus subspp but not positive.  There was another with him that looked like a female but with a nice red spot on the eye like a male- is it just a young male? 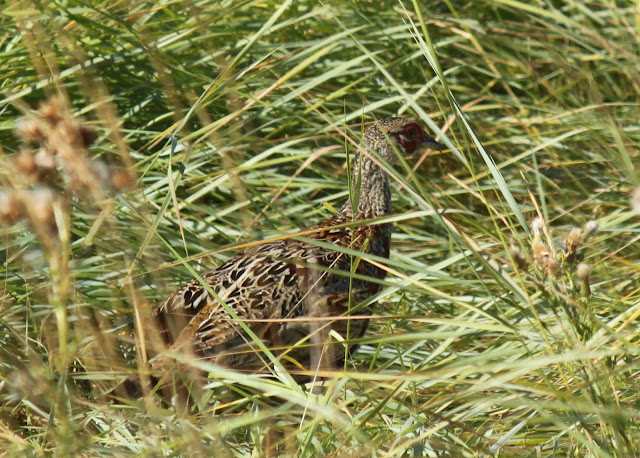 At one point along the CPR I felt like I wasn't seeing anything too interesting and was getting frustrated.  Then I scared up this fella: 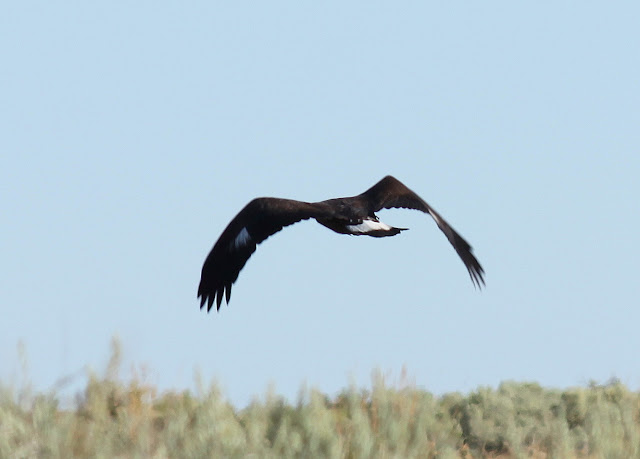 My first Golden Eagle!!  It's a juvenile, and I didn't get a good shot of its head, but still!  Yay!  Near the Krumbo Reservoir I found a hawk with a tasty breakfast: 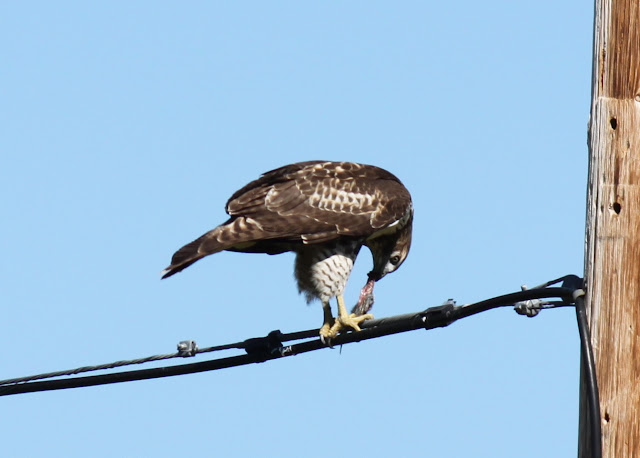 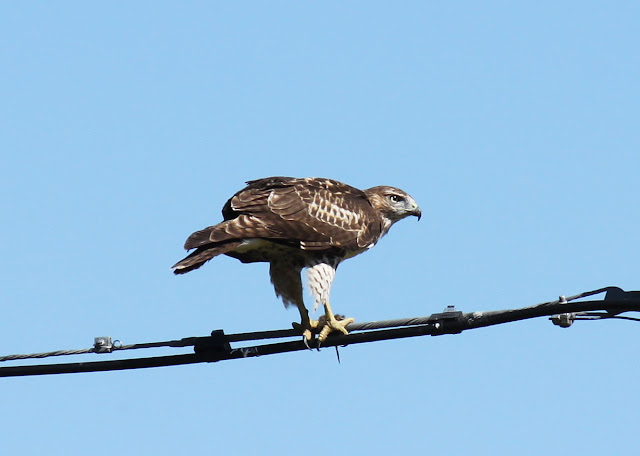 Also near the reservoir I saw this lizard, which I'm guessing is another western fence lizard: 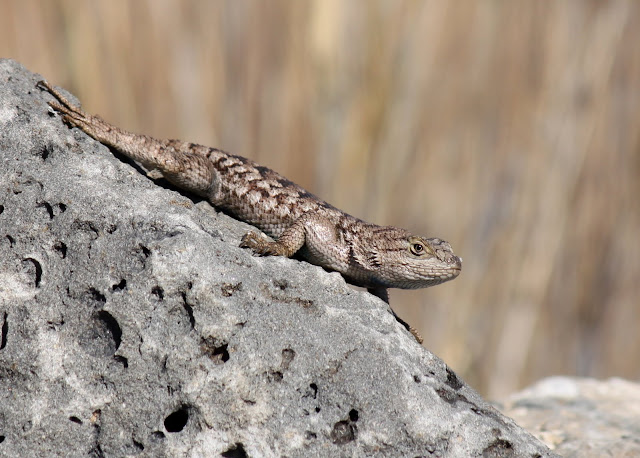 Mixed in with the terns in the ponds were quite a few Franklin's Gulls, looking less sharp in their wintery colors. 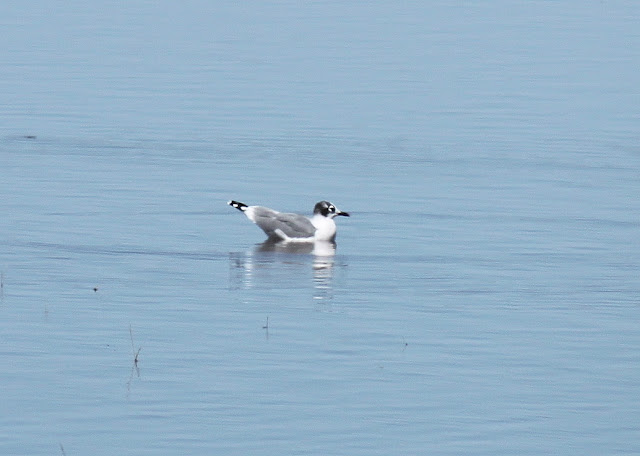 There were ravens everywhere, and despite my deep love for them, I only came home with photos of these two: 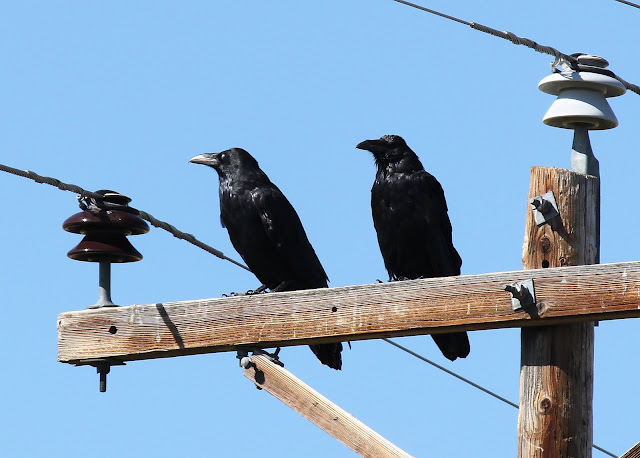 Malheur is an amazing place...  On the way home the smoke from the fires in central Oregon was impressive.  I stopped to take photos a couple times.  This is the High Cascades Fire that so far has burned over 100,000 acres. 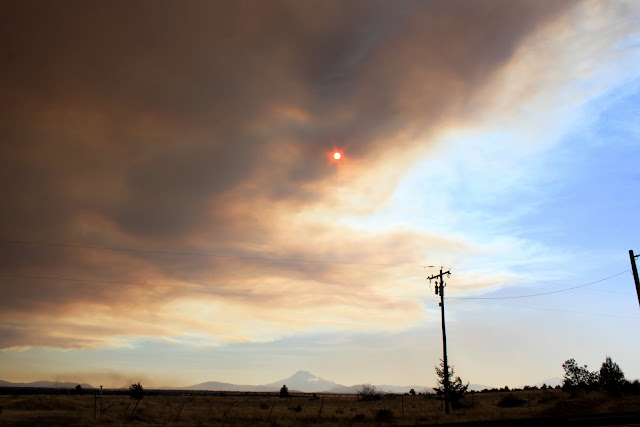 The photos don't show it well, but the sun behind the smoke looked bright red... It was eerie and awesome. 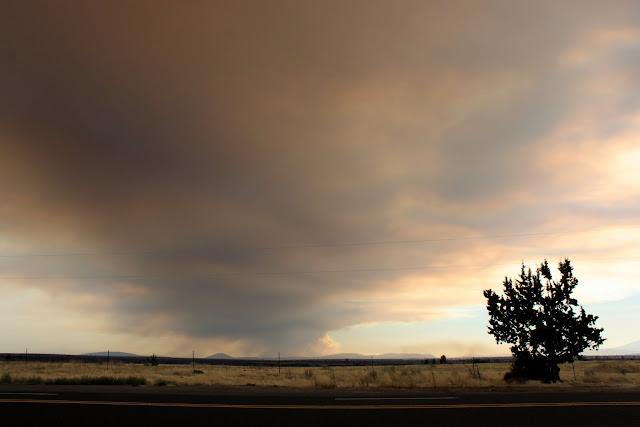 A fire fighting helicopter flew by while I was watching... I assume that's a bucket of water or something? 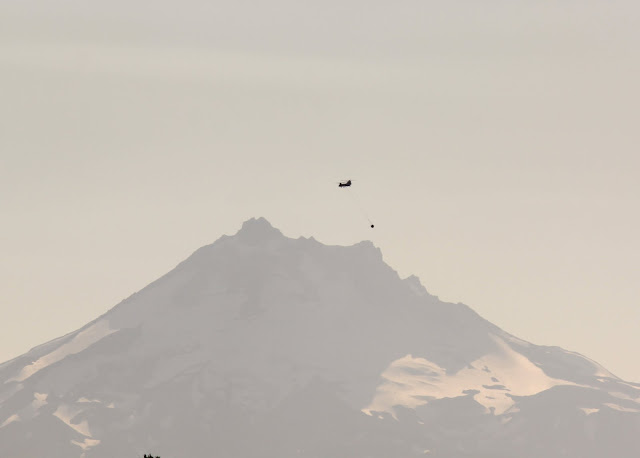 And the last bird of the trip... This Western Meadowlark was singing full force while I took pictures of the smoke... 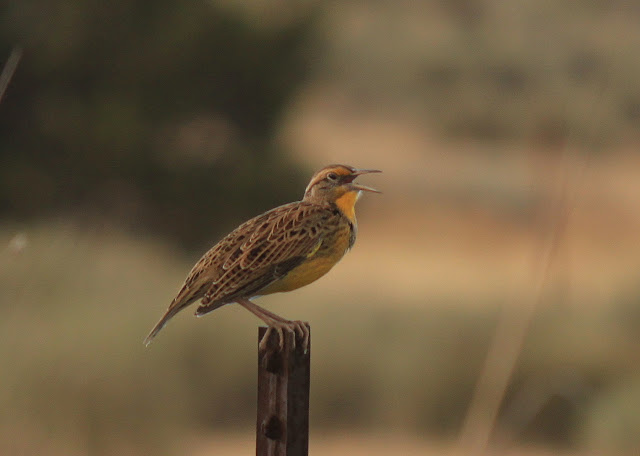