on September 05, 2011
I decided to go on a bit of a birding adventure this weekend, hitting up both Smith Rock State Park and Malheur NWR.  It was awesome, saw tons of rad birds, and made it home without catching on fire.  It was my first time visiting Smith Rock in central Oregon... I spent several hours hiking the trails with the dogs, making sure to throw them in the Crooked River frequently to cool off. 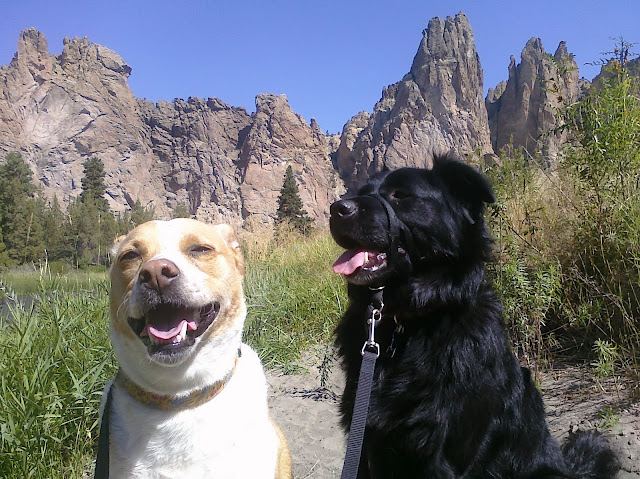 Oh yeah, and before I even made it to Smith Rock there's a stretch of Hwy 97 brimming with Swainson's Hawks... I hadn't seen any since my trip to Cold Springs NWR last summer, so I was stoked. 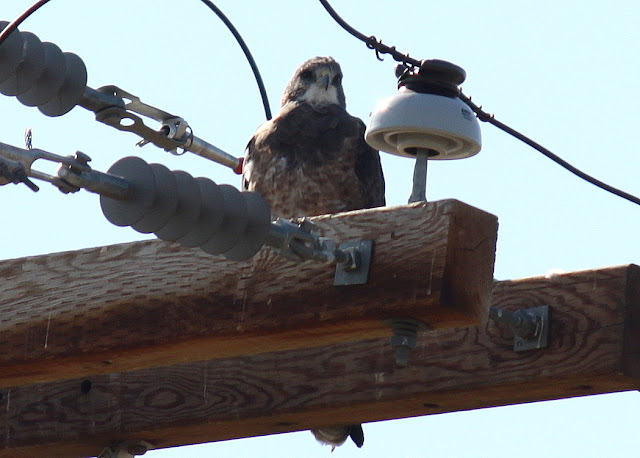 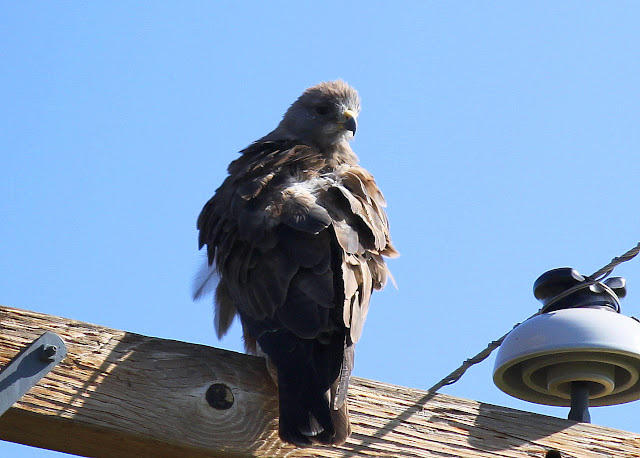 Ok, back to the park.  It's freakin gorgeous... 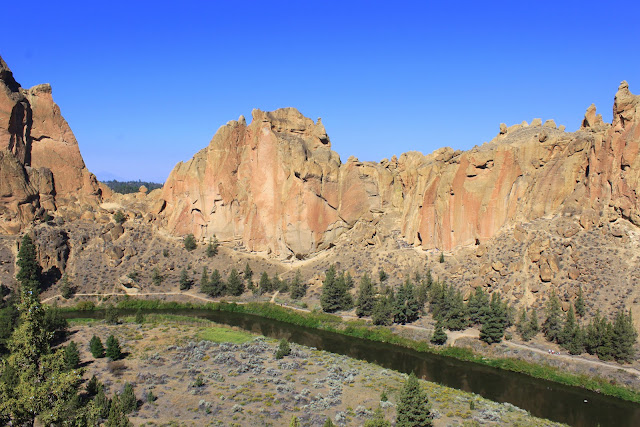 I was hoping to see the White-throated Swifts that nest here, but I didn't.  I talked to a ranger about them and he even commented he hadn't seen them that day.  I made another attempt on my way back from Malheur and I think I saw them.... But not for sure- too far away.  I did see this lizard though: 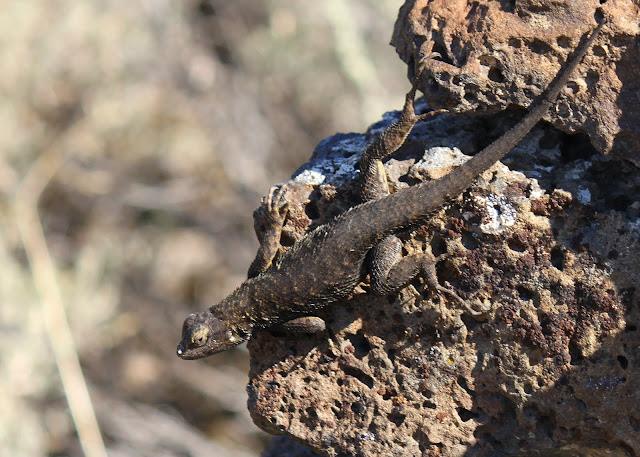 Western Fence Lizard?  In the parking lot a Say's Phoebe kept an eye on things... 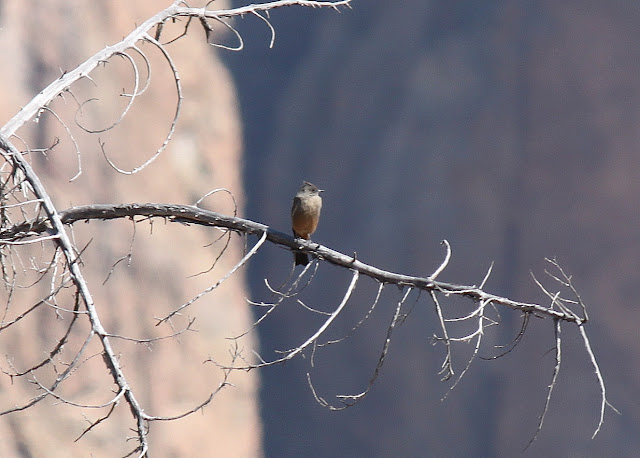 On the hike down to the river I saw my first Rock Wren: 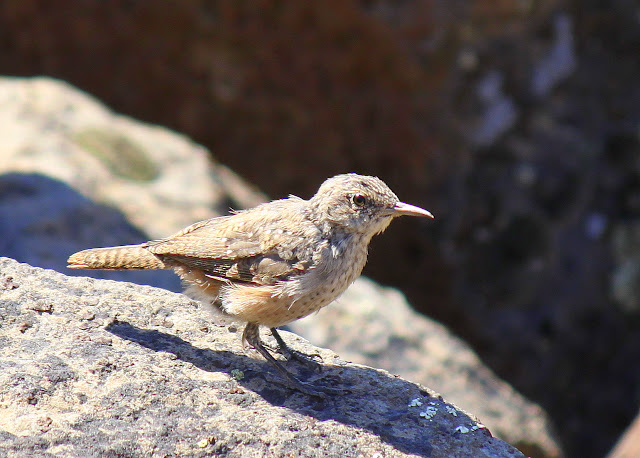 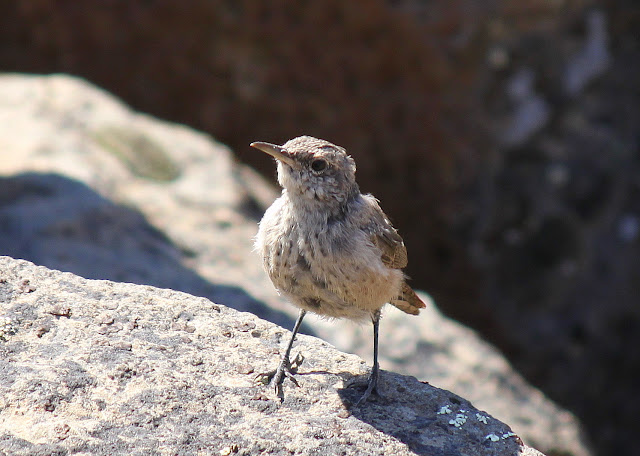 Like other wrens, I found him pretty adorable.  Though perhaps not as adorable as river otters! 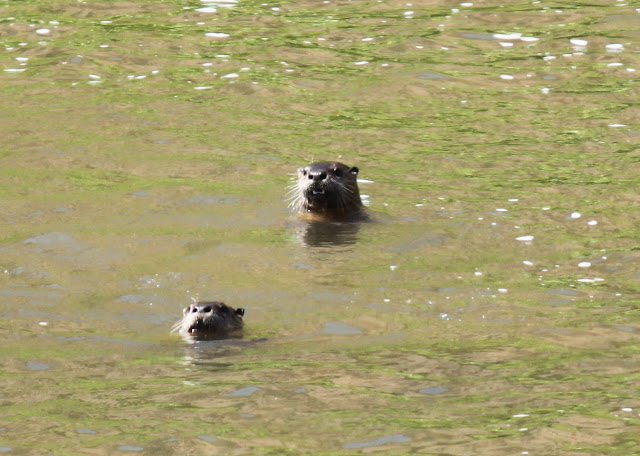 While I was looking at these guys a little girl way up on the trail yelled "look! horses!" and I was all whoa, where?  She was referring to Jake & Ralph apparently.  Yet then she yelled "otters!"  How the hell did this girl recognize otters when she thought two 45 pound dogs were horses???

On our way back along the river we startled up some Black-billed Magpies... 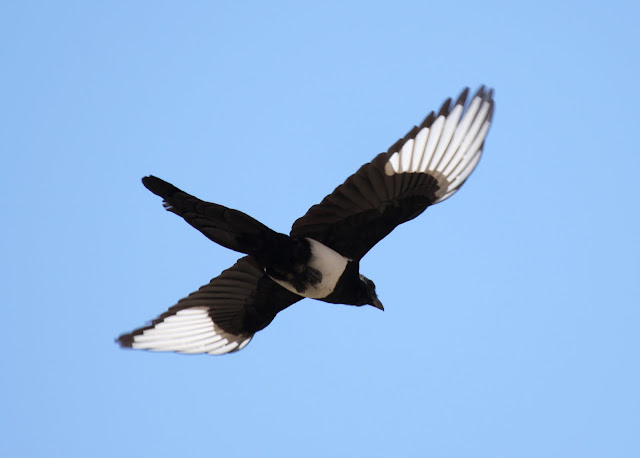 And that was about it for Smith Rock... I am really looking forward to visiting there again, maybe camping there too so I could explore more.  With the dogs exhausted I drove the rest of the way to Malheur in peace and quiet.  At the east end of Burns I noticed a bunch of birds flying crazy-like above the road and a cow field.  I quickly turned around and parked to watch- turns out they were Common Nighthawks!  The first I've ever seen in the daylight and able to photograph! 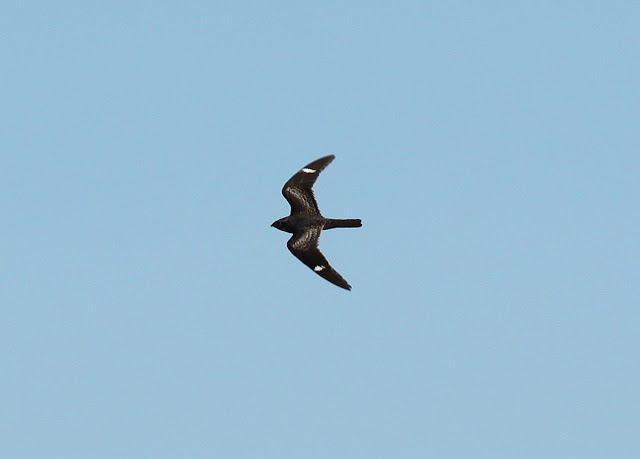 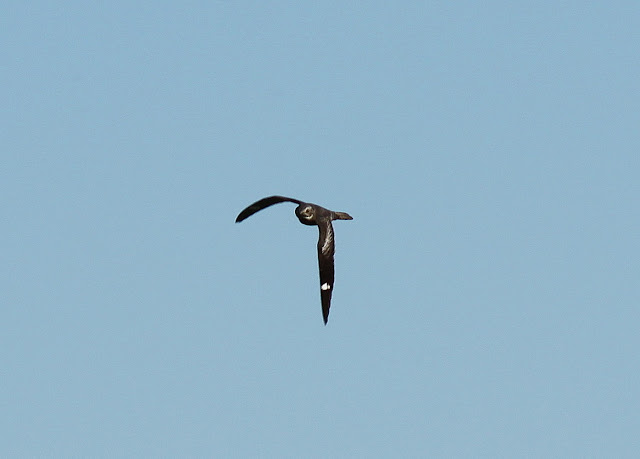 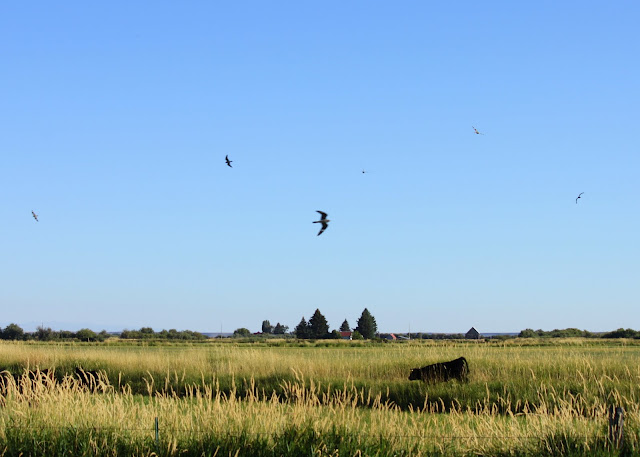 I drove down 205 towards Malheur and stopped at the many flooded areas to check out the birds... So many Forster's Terns! 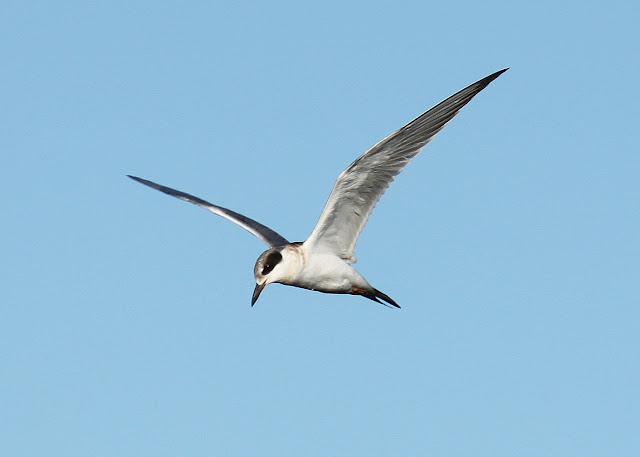 There were some terns with orange beaks and legs that I wasn't sure if they were Forster's still in summer outfits? 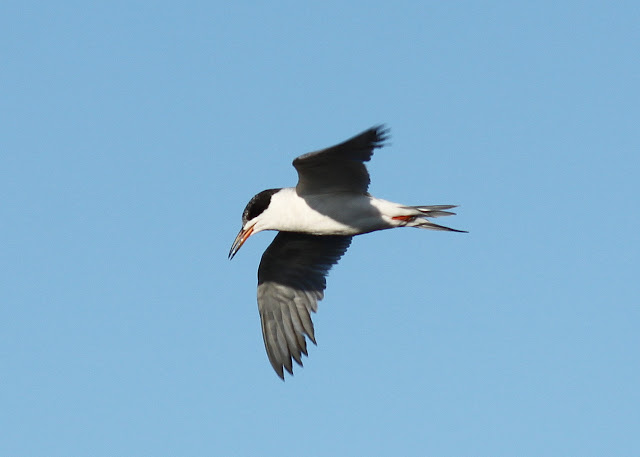 Or this one looks like it has black legs and that huge honkin orange beak... Caspian? 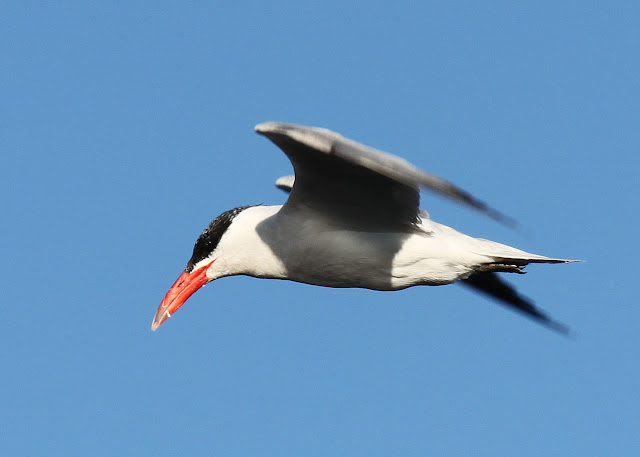 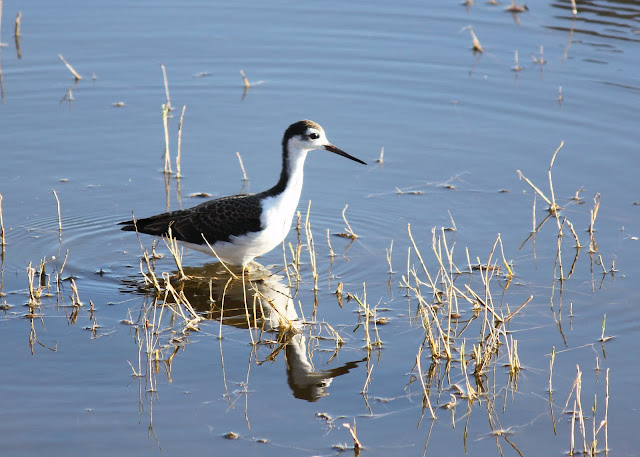 The last birds I have for you are some Clark's Grebes and their ridiculously cute babies.  I will point out now that I'm mad at you, mad at you for never telling me this happens: 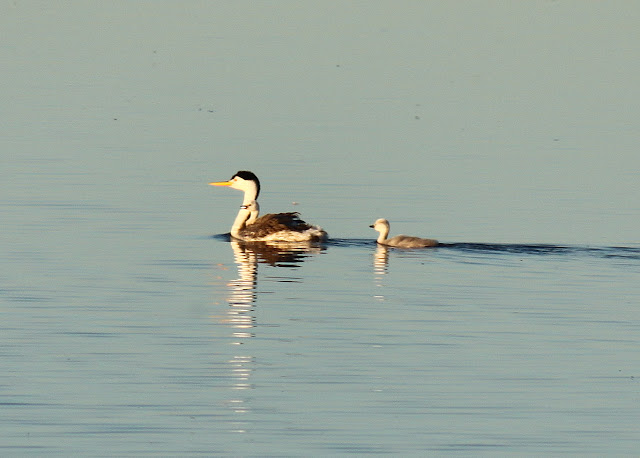 That's a baby riding on the back of the mom.  Damn that's cute. 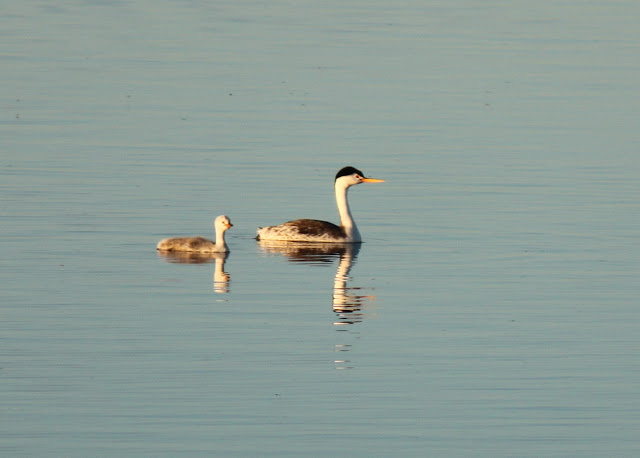