Some exciting things have been happening here, mainly my laptop finally commit suicide so I made a huge leap and got myself a sweet little macbook.  Haven't used an apple since the Apple IIc... This fella is way better.  I can do so much more than just turn the cursor from an arrow into a frog, and then make that frog green or pink.  Ooh but thinking about that old computer made me want to play Oregon Trail.   Ok, moving on. 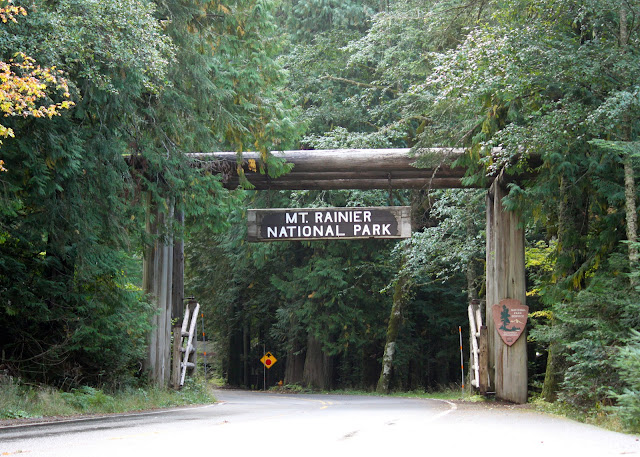 Yesterday I went up to Mt Rainier.  I had only been there once before on a road trip eleven years ago, and we had gone to one of the northern entrances.  All I remember for wildlife was a fly landing on my friend's hair and sitting there for a long time.  This trip was much much better. 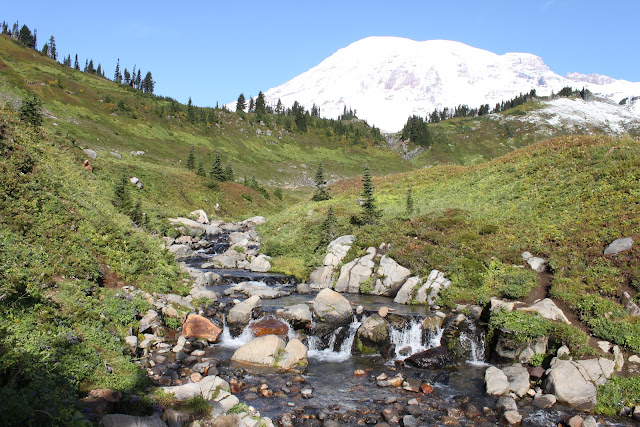 I was not even aware that there was a southwest entrance until I started looking up some info after seeing some amazing fox and ptarmigan photos someone took there last weekend.  Unfortunately I saw neither of those creatures, but plenty of other goodies made up for it. 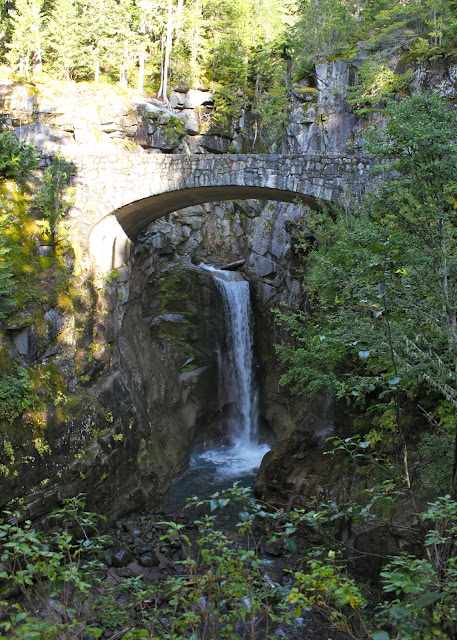 Driving along the viewpoint turnoff I saw a creature up ahead in the road.  As I got closer I realized it was a bird, a big bird, a bird I had never seen before... 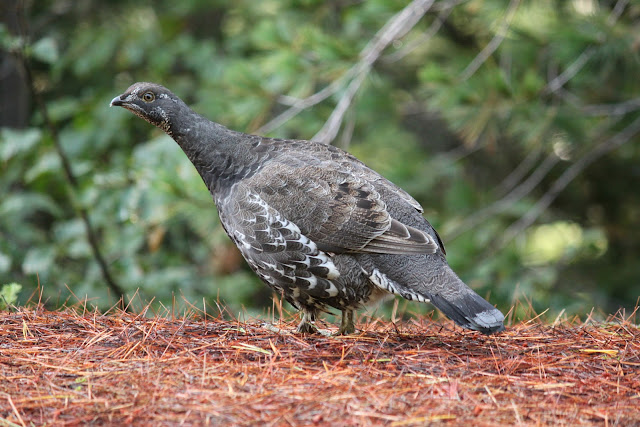 I'm having trouble deciding which kind of grouse it is- it seems like Sooty are more common at Mt Rainier, but then it looks more like Dusky in my Sibley's.  Help?  [Sooty Grouse, it is!]  I am super stoked whatever it is.  He had friends too: 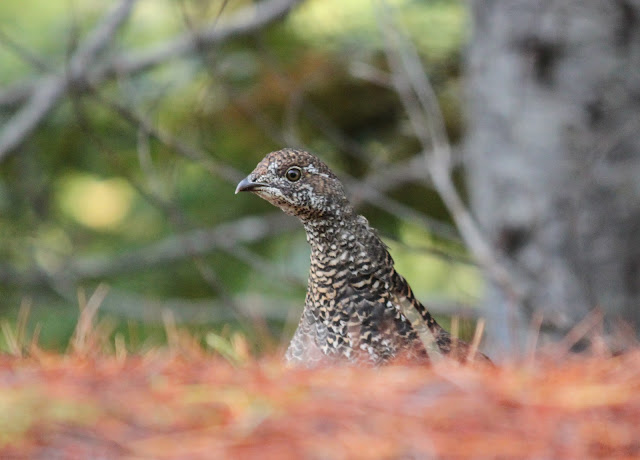 Only the male stayed above ground, the ladies kept a bit more distance downhill.  Amazingly the dogs remained calm while these birds let me take a billion photos.  They were rewarded with fig cookies, and the regular forced pose in front of a mountain. 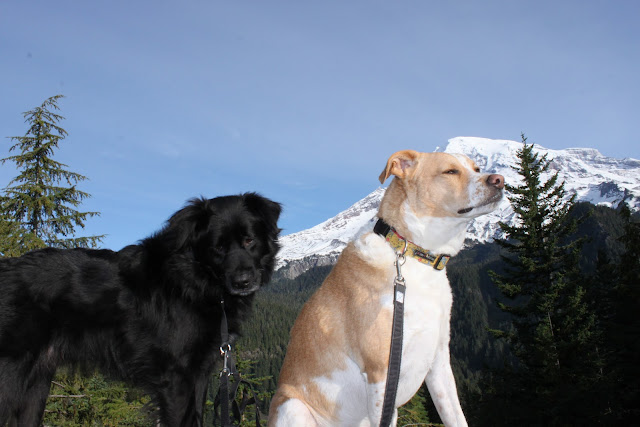 Next I planned to do as much of a hike as possible while leaving the dogs in the car.  I wanted to try the same trails where the foxes and ptarmigans were seen, so I headed to the Golden Gate Trail that leaves from the Paradise parking area.  There was a group of loud boy scouts or something behind me so I pretty much speed-walked up the first part. 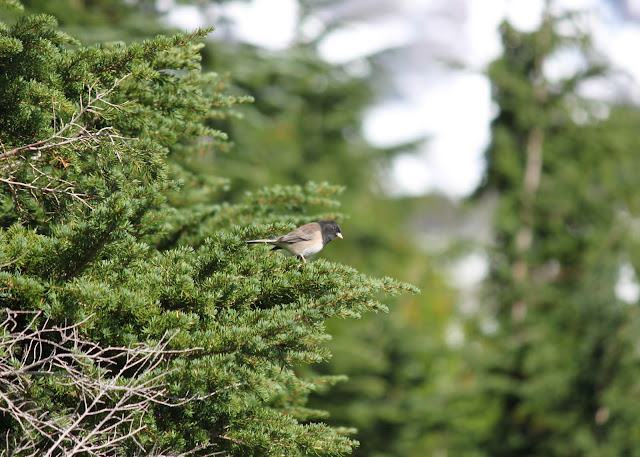 
The trail turned from pavement to mud to snow as it climbed up the side of the mountain... 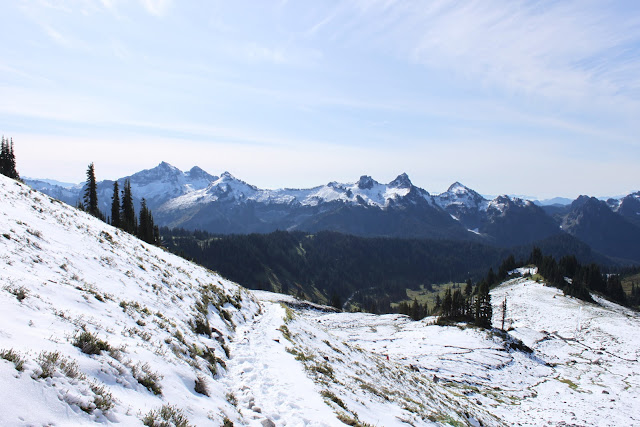 Pretty sweet views.  On my way up I barely saw any birds, and zero mammals.  I eventually had to turn around because I couldn't leave the dogs for too long.  The descent was quick until I came across marmot-fest! 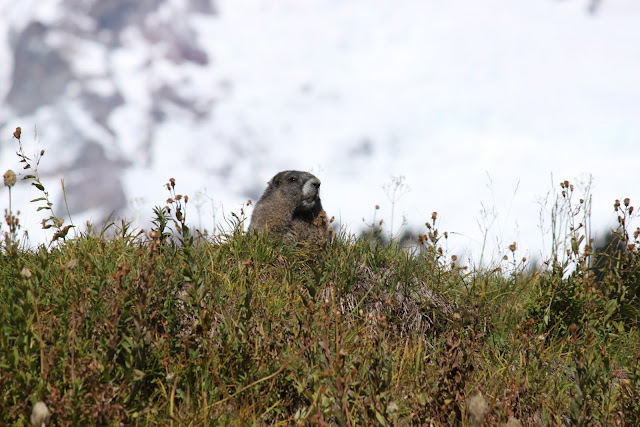 I was taking pictures of this one marmot that seemed to be slowly creeping towards me.  I racked my brain for any information I had on marmots and whether they'd been known to attack or maim or anything like that, all the while the marmot crept closer.  Then with a few tail flicks it full on charged towards me.  I think I jumped a foot in the air but it was just heading for a tunnel under the trail I was standing near. 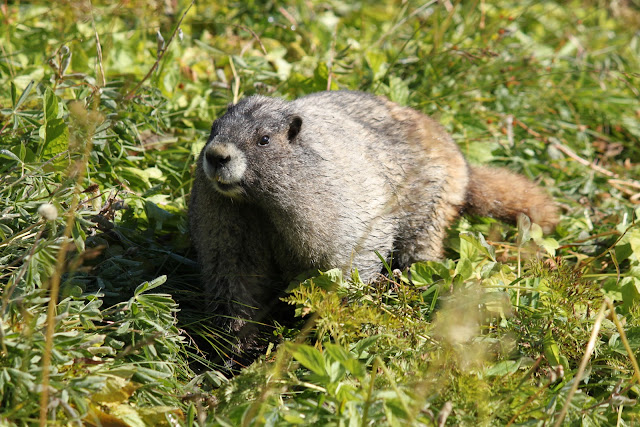 I think all of the marmots I saw were hoary marmots.  Dang cute. 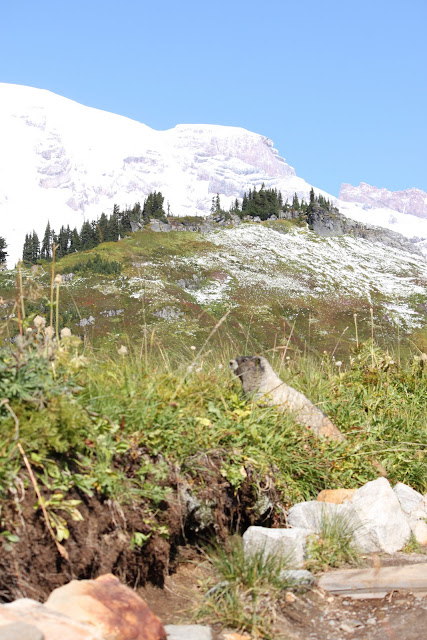 For birds besides the grouse, it was all mountain regulars: Gray Jays, ravens, juncos, nuthatches, and the first Varied Thrush I had seen since spring. 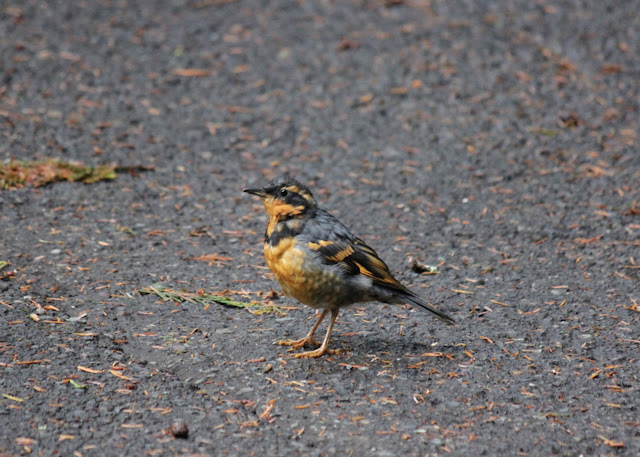 I could post a hundred photos of this park and it would still not fully illustrate just how beautiful it was... Here's one last attempt: 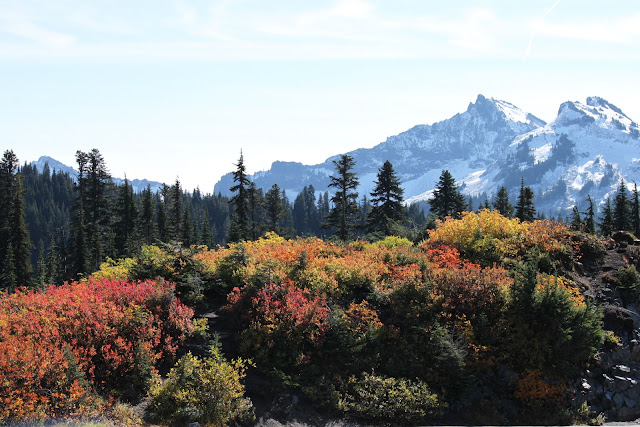 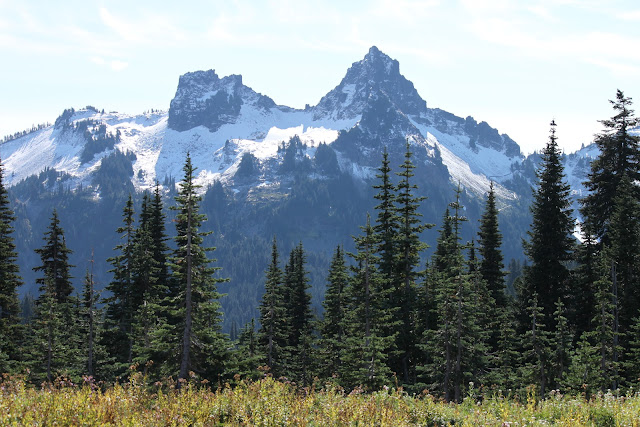