I headed to the coast yesterday morning for the northwest's third day in a row of beautiful fall weather.  On this trip I only visited places where I could drag the dogs around and thankfully they are still tired.  My first stop was the cove in Seaside to finally see some Surfbirds.  There were dozens of them hopping around with some Black Turnstones. 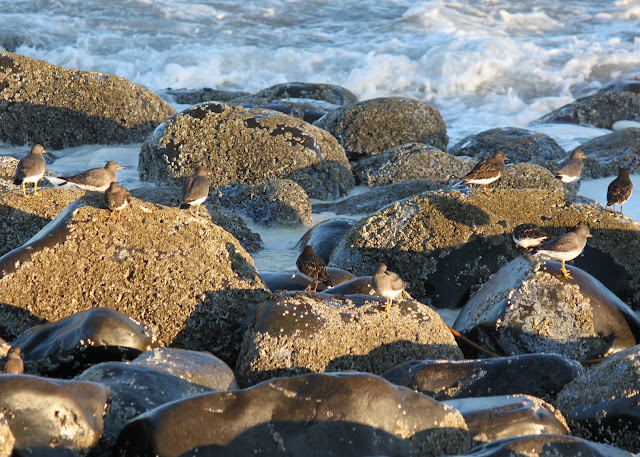 Sometimes big waves would hit and the birds would go flying... 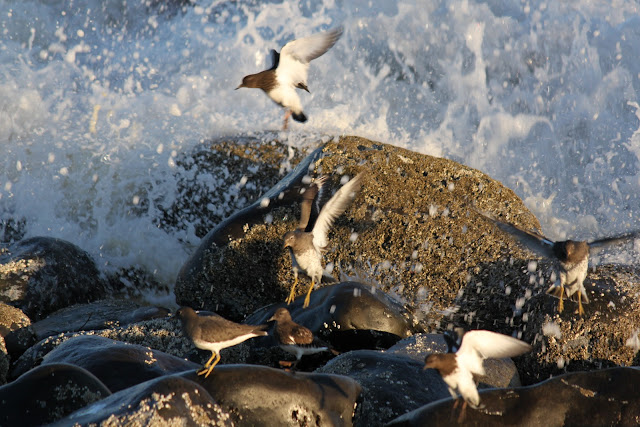 Later in the day I got some lunch and returned to the cove where the birds were a bit closer due to the tide coming in a bit. 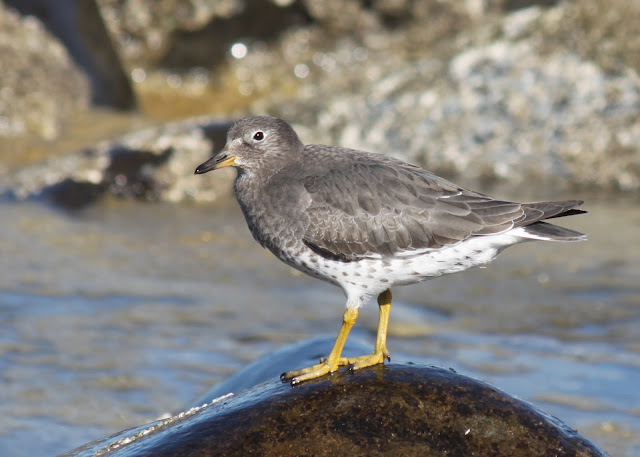 Also at the cove was this pretty starfish: 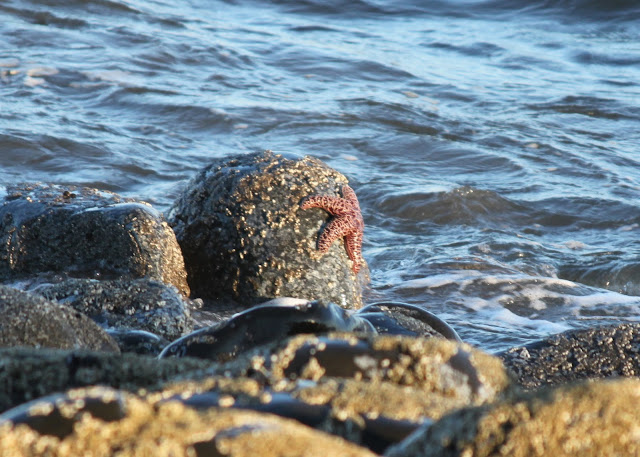 While eating my lunch I watched a gull fly off with a starfish, a couple other gulls in pursuit.  He landed down on the beach and proceeded to eat it. 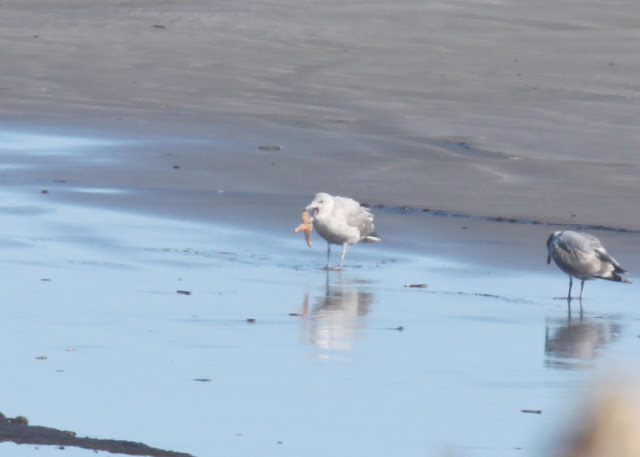 Wouldn't want to have to choke that thing down personally, but the gull seemed psyched.  My second stop was the south jetty of the Columbia River in Fort Stevens State Park.  I was hoping for Lapland Longspurs but no luck..  There were a gazillion Brown Pelicans flying by when I reached the river. 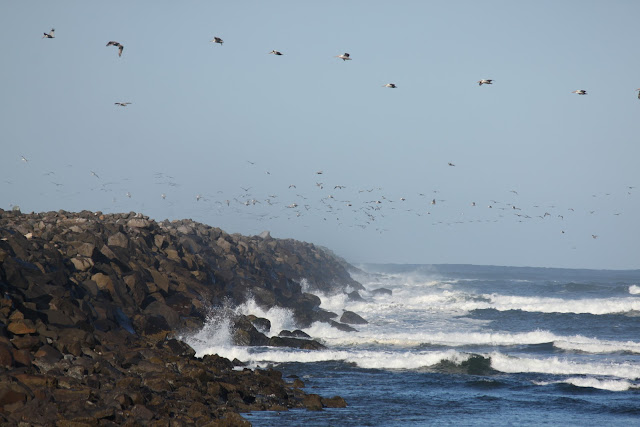 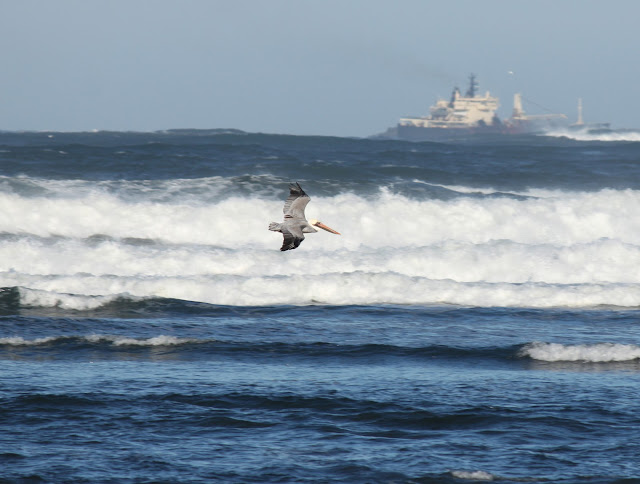 The dogs were psyched because there were little creature prints everywhere and they had to smell all of them. 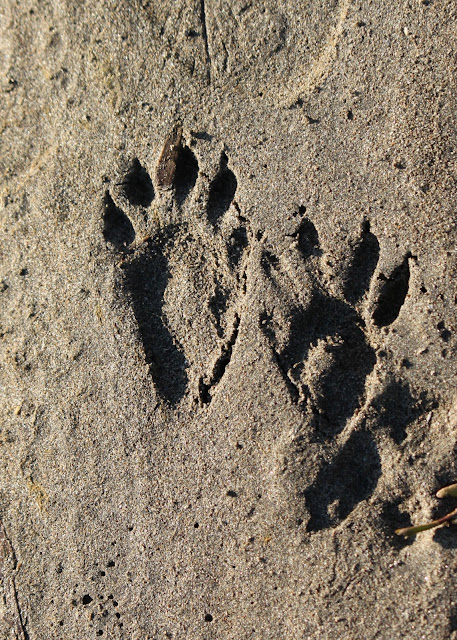 Looks like raccoon tracks.. They must have been quite busy the night before.  In addition to pelicans overhead were tons of gulls, a Pergerine Falcon and some Surf Scoters: 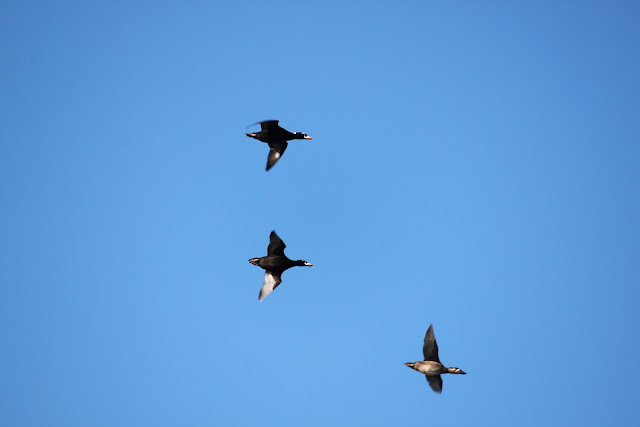 This next bird confused the heck out of me- I was convinced it was a Northern Harrier that just looked weird, but finally realized it was a Rough-legged Hawk: 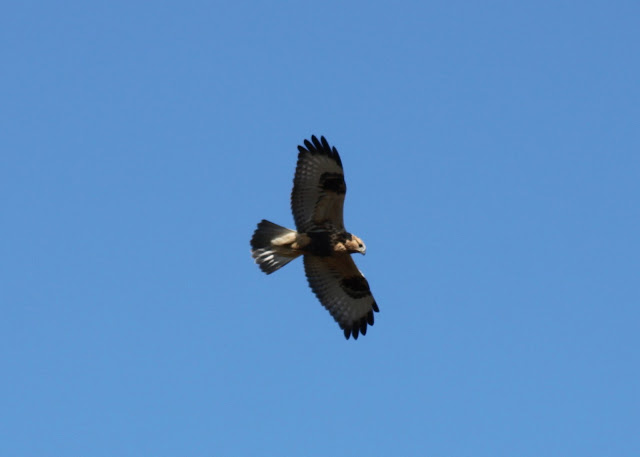 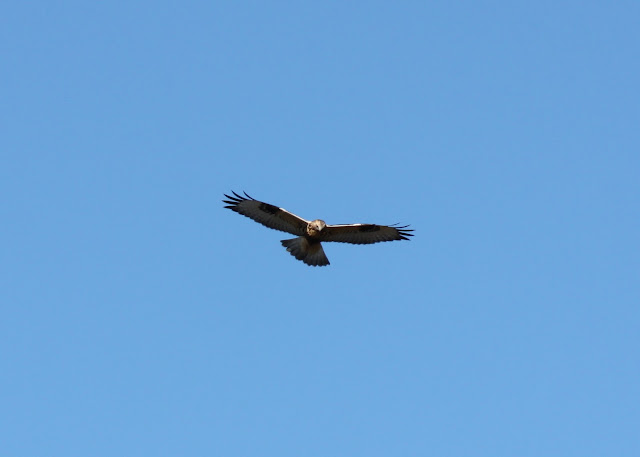 The first one I'd seen since spring!  Pretty cool.  After lunch I drove down to Cannon Beach and walked the dogs around the treatment ponds.  Nothing too special going on there so we went on to Ecola State Park and did the hike from the main parking area to the beach.  I heard oodles of kinglets, chickadees, and wrens along the trail, but saw very few. 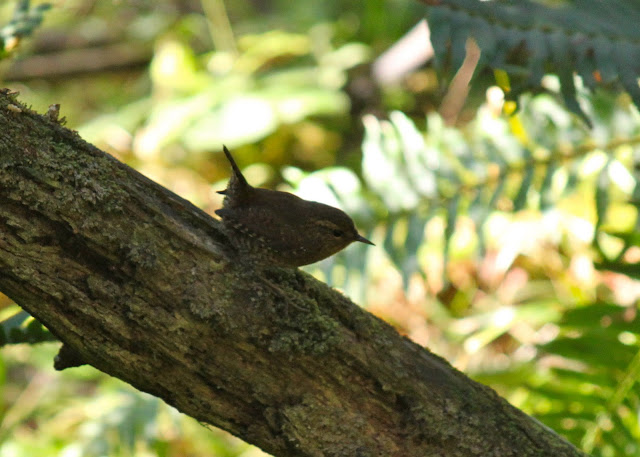 
The trail climbs uphill quite aways and occasionally breaks out of the trees for awesome views of the ocean. 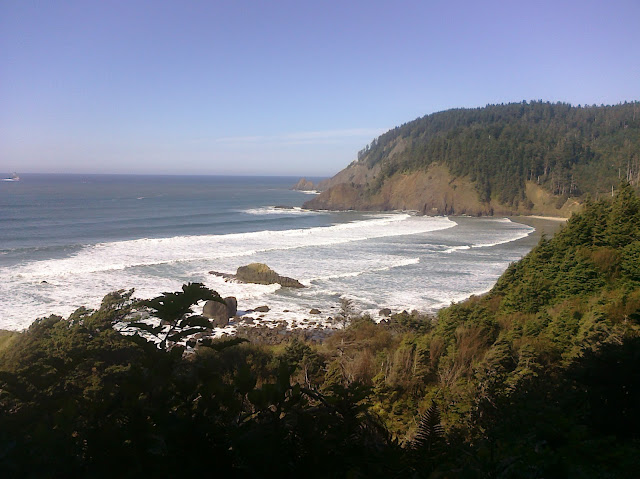 (Pardon the cell phone picture, I never actually took any of the view with my camera).

That hike was enough to wear all of three of us out so we began heading back to Portland.  I stopped at the Jewell Meadows Wildlife Area to see if any elk were around.  They were! 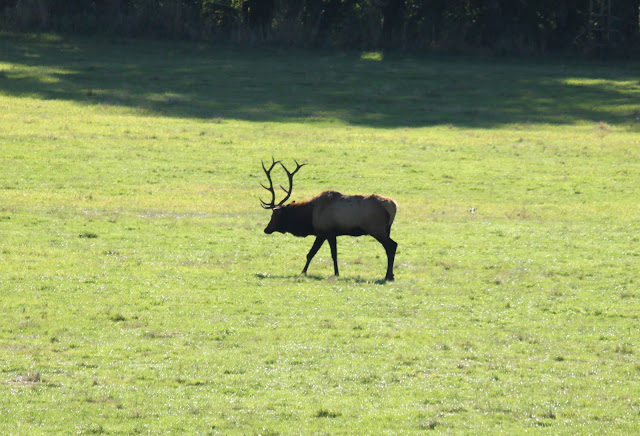 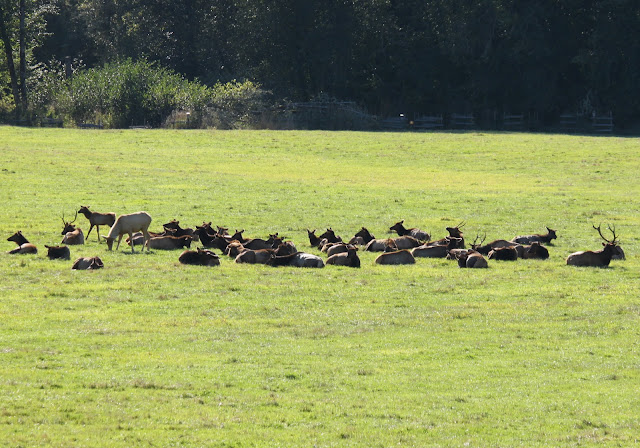 Pretty awesome... I lost count at about 80.  In other news, I finally carved up one of my pumpkins the other night... Ralph ate 5 of the candles I bought for lighting it (out of 8), perhaps due to their apple cinnamon scent, and I am guessing it is only a matter of time before he eats the pumpkin too.  Till then, Sir Pumpkin looks mighty fine. 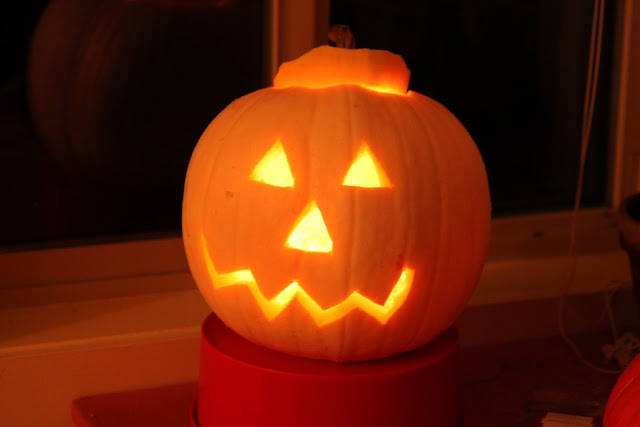