I've had my share of New Years Eves full of debauchery and bad decisions, but this year I decided to stay in and just watch bad movies.  I woke up early and took the dogs over to Broughton Beach for one of the most epic sunrises I've ever seen. 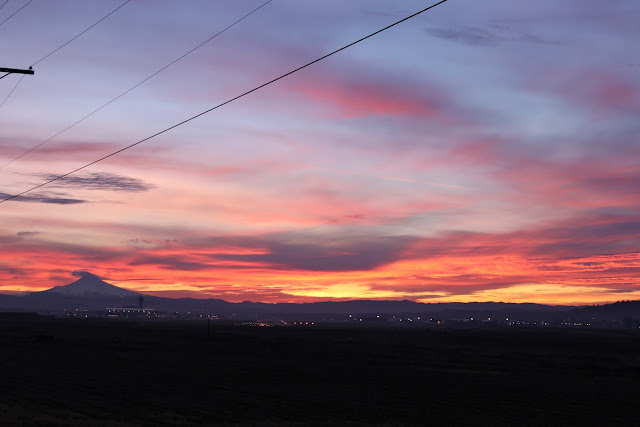 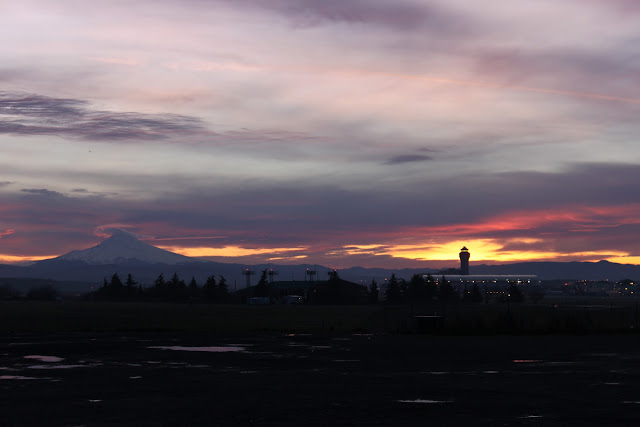 I was hoping for Short-eared Owls along the bike path but no luck- the airport was shooting off flares and other loud boomy things almost constantly for about an hour (I just found this article suggesting why they were going overboard with it).  The bird I was most psyched to see was a male harrier cruising by... 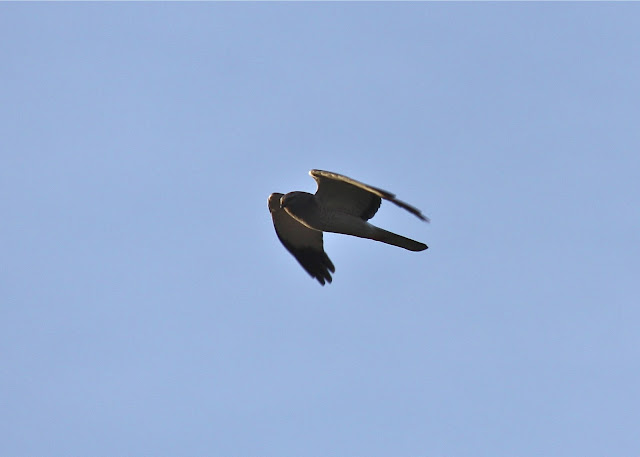 One of my plans for 2012 is to stop buying suet.  I've found some recipes to make your own vegetarian suet online and decided to try one out yesterday.  I used just four ingredients: shortening, peanut butter, rolled oats, and cornmeal.  I mixed up a cup each of cornmeal and rolled oats with half the jar of peanut butter and some scoops of shortening.  Then I pressed it into a baking dish and refrigerated it overnight. 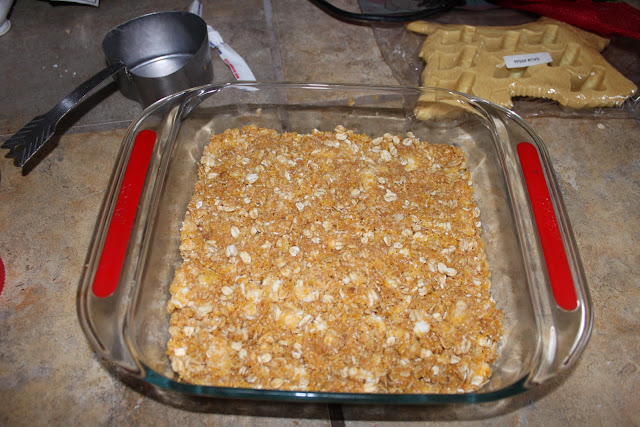 I broke down the cost to make this batch and it was about $4.13 and it seems to make about 3 "servings." Half of that cost was the peanut butter because I bought it at New Seasons and it was all organic and expensive.  Anyway, I cut out a square this morning and put it in my freshly scrubbed suet feeder to see what happened... 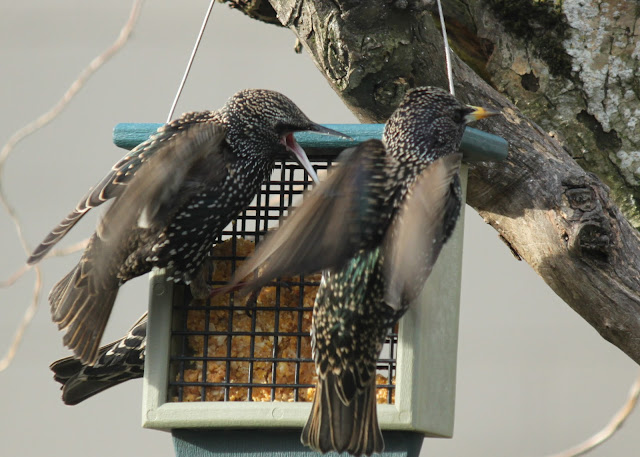 A flicker enjoyed it briefly, then the starlings took over and fought over it for two hours till it was gone.  And a squirrel licked up the crumbs.  Hmm.

This afternoon I decided to follow up on another plan for 2012: more motorless birding.  I rode my bike out to Vanport Wetlands and Heron Lakes Golf Course to add some great birds to my list.  The Great Horned Owl at Vanport was sitting on her nest: 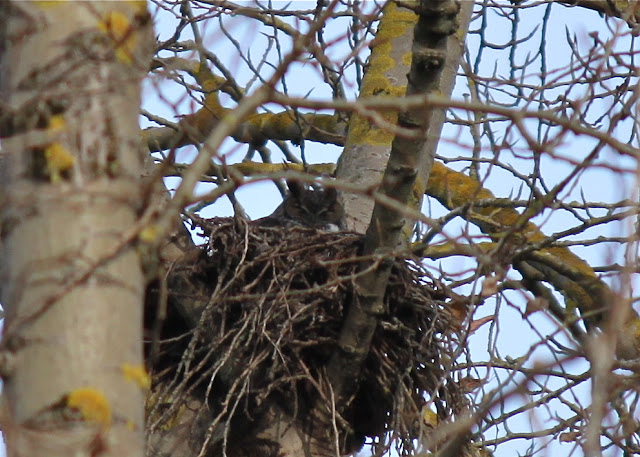 At the golf course I found what I think are Mew Gulls (based mostly on my first impression of it being a rather adorable gull): 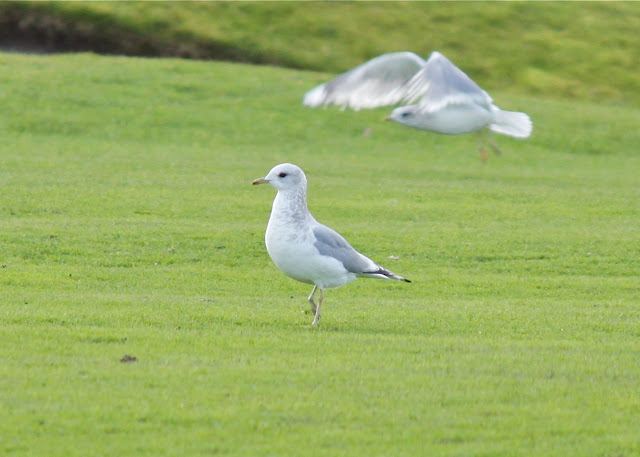 I had scanned the goose flocks for half an hour when a couple of other birders showed up, and found both a Snow Goose and the Brant in five minutes. Dang it.  In my defense, both birds had just walked out from behind a hill, so it wasn't totally my lack of skills. 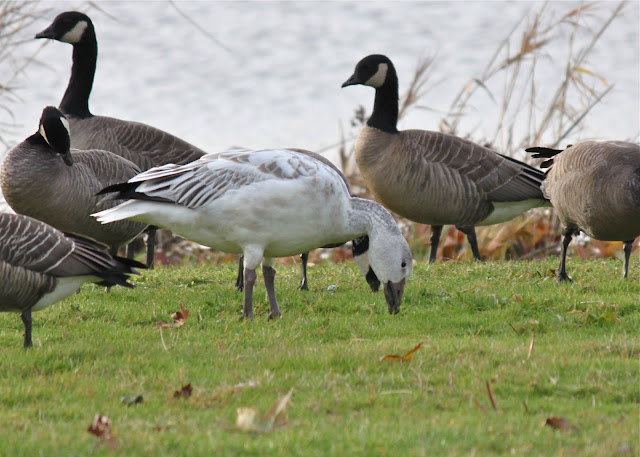 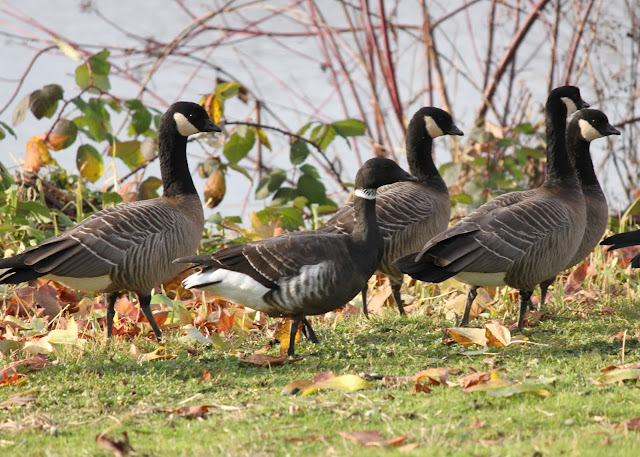 I was psyched- both birds are awesome for a motorless list.