Here it is, my 300th blog post (hmm... only according to my dashboard, not according to regular math).  Damn it would have been awesome if I saw my 300th bird today.  But I didn't.  Still stuck at 299.  The bird to post ratio is officially askew.

Anyway, I had a great weekend of birds and snow and vegan jalapeno poppers.   On Saturday I drove up to Scappoose to look for some birds seen around recently.  I was psyched to find a couple of Rough-legged Hawks... 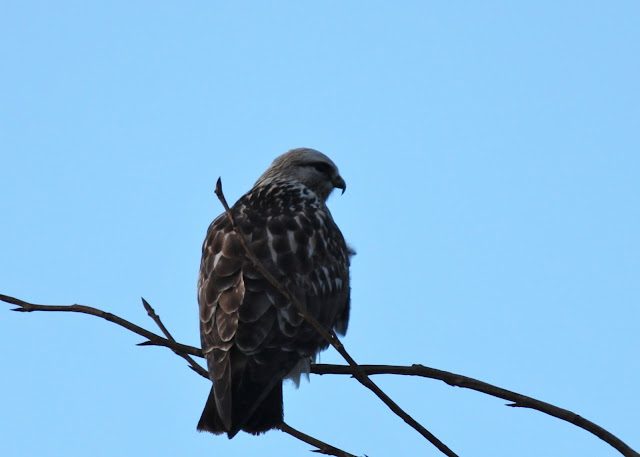 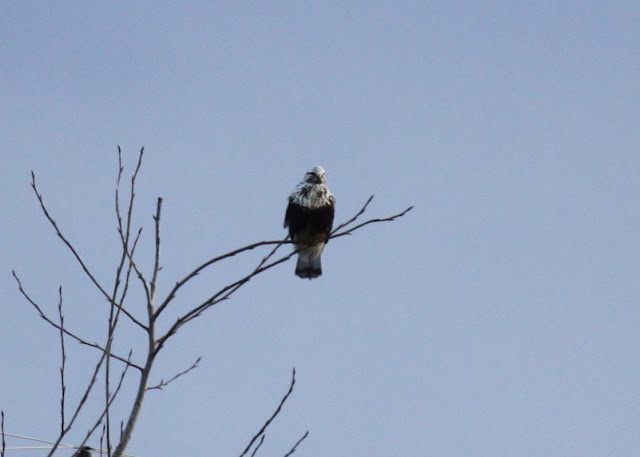 Not much else exciting there.  On Sunday I had the privilege of birding with the famous Seagull Steve.  I showed him where the Tufted Duck should have been, where some stinky cow bones were rotting on Sauvie Island, and of course the five-minute blizzard at Westmoreland Park.  My only success was the Snow Bunting being exactly where it should be. 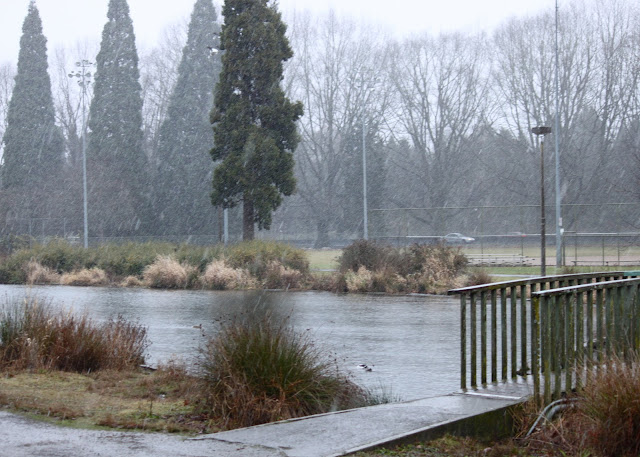 At Westmoreland Seagull did manage to give me some guidance on Thayer's Gulls that I will hopefully remember.  Here's one: 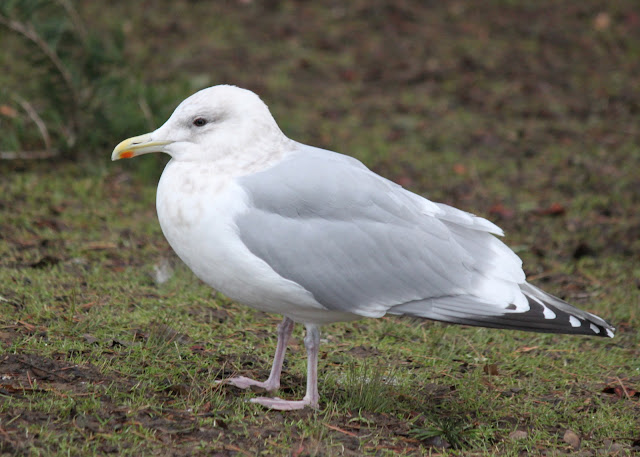 Also around was this adorable pigeon... 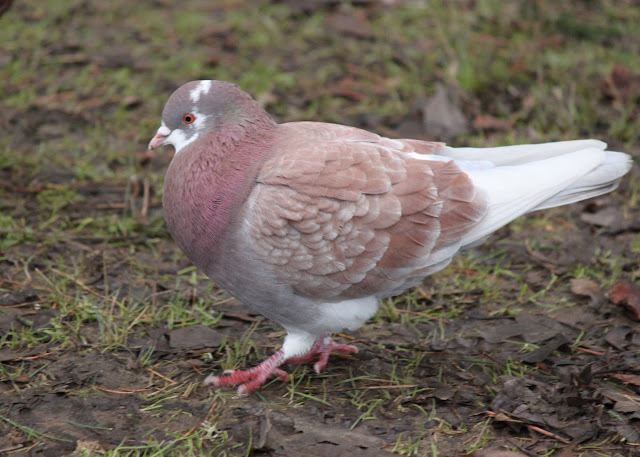 There were a few Canvasbacks out on the pond and a pretty snow-dusted Eurasian Wigeon made things better: 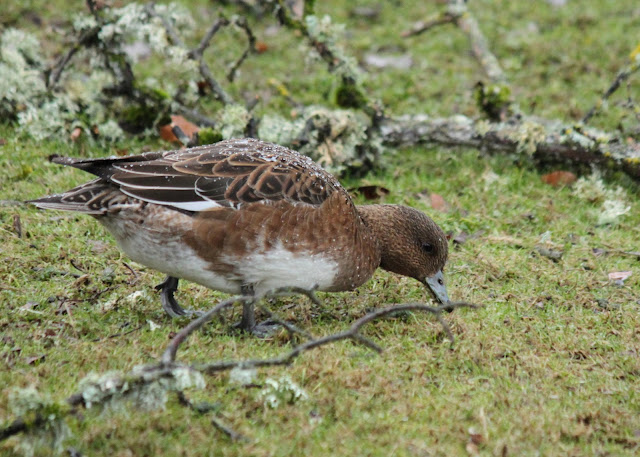 This gull had obviously never applied lipstick before: 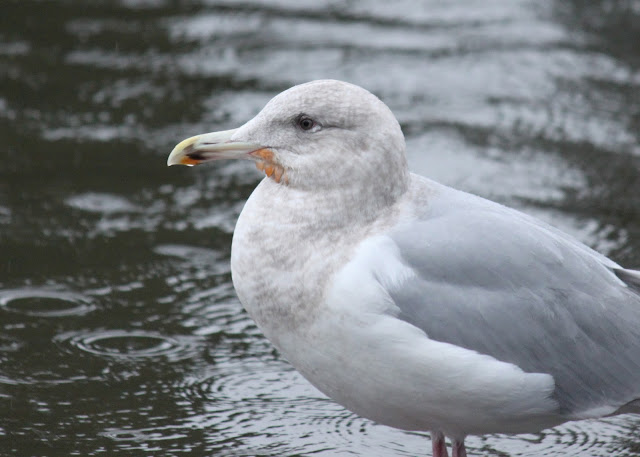 How embarrassing.   This afternoon I went up to Ridgefield without checking the weather forecast.  It seemed calm when I arrived, but then it started snowing like crazy.  It didn't stick at least. 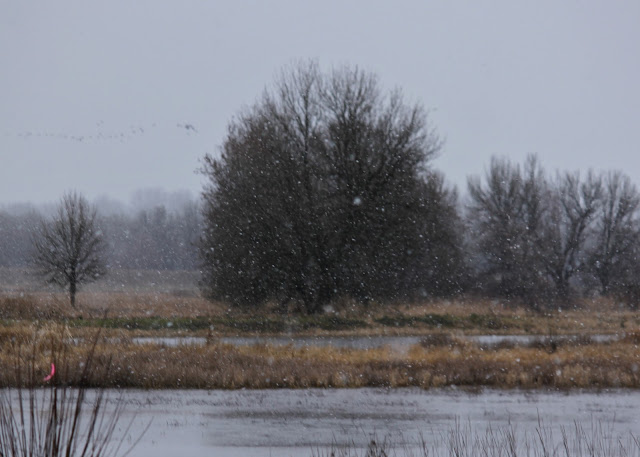 Nothing mind-blowing at Ridgefield but lots of nice birds giving nice views in the nice snow.  It was nice. 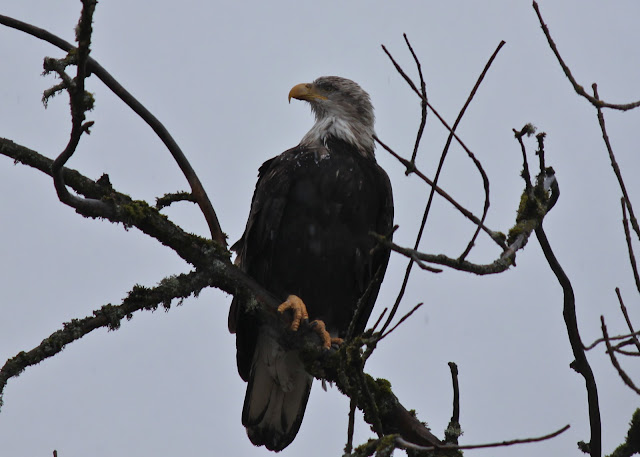 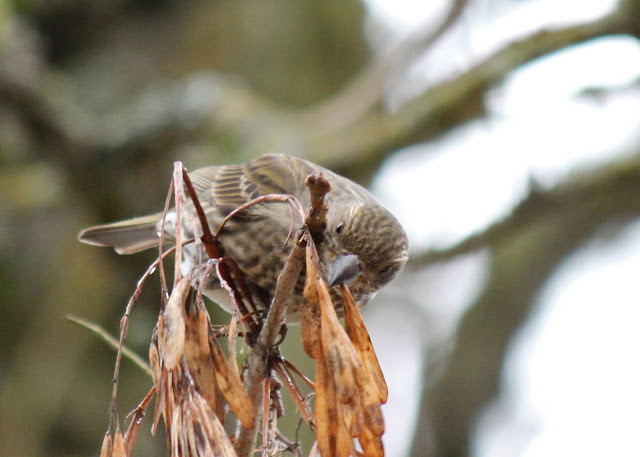 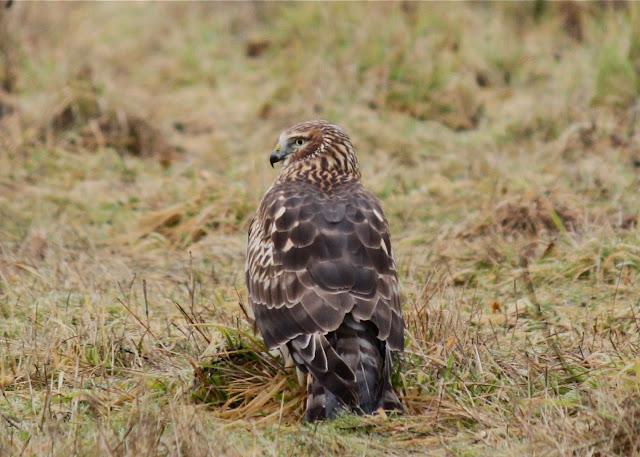 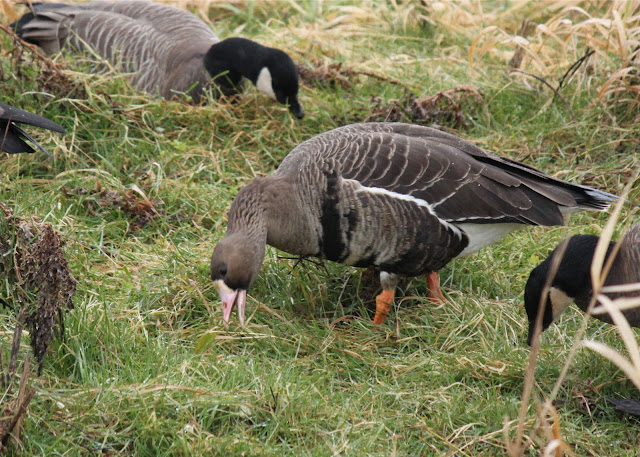