on January 26, 2012
I visited the Snow Bunting on Monday afternoon to see if the rumours were true that it had made some Horned Lark friends.  Indeed, I counted ten larks milling about... 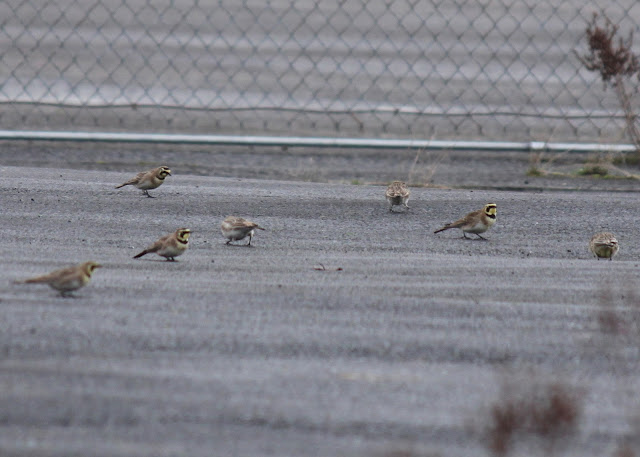 The bunting seemed to like the new buddies.  Maybe they reminded him (her?)  of the homeland. 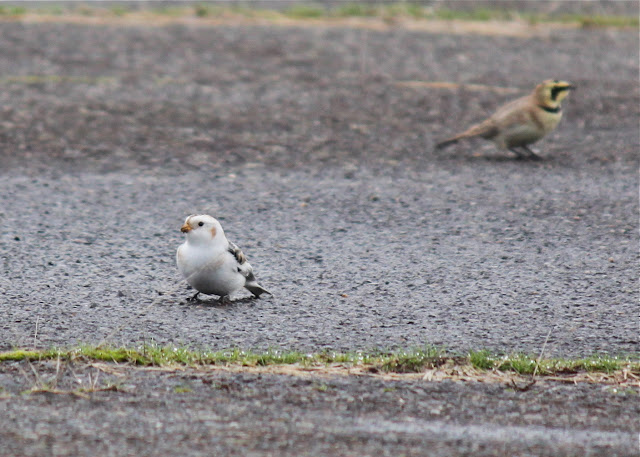 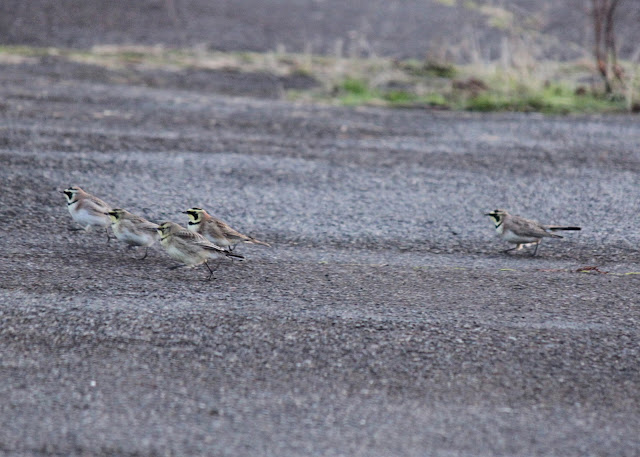 Yesterday morning I went up to Ridgefield.  It rained a little but was mostly dry and even saw a few patches blue sky. 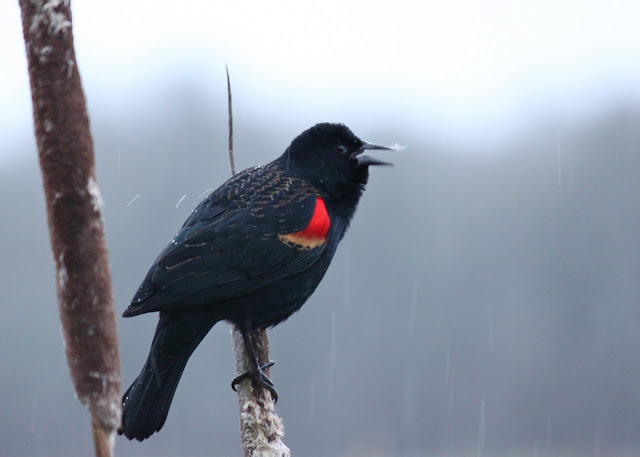 At the beginning of the trail to the bird blind I flushed a Red-tailed Hawk who flew off farther down the trail and landed.  This caused a Red-shouldered Hawk to start screaming its head off.  The Red-tailed eventually flew off and the Red-shouldered stopped hollering.  But I still couldn't see it until I reached the blind and it flew off also. 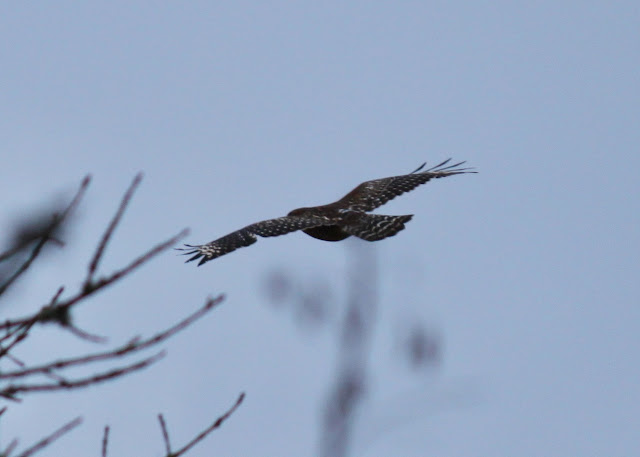 Birds can sure make some bone-chilling sounds sometimes.  Back by my car there was a Spotted Towhee sitting on a branch.  Out in the open.  Preening.  I was surprised when it didn't fly off into hiding immediately, but rather plucked a little berry or something off the tree and snacked. 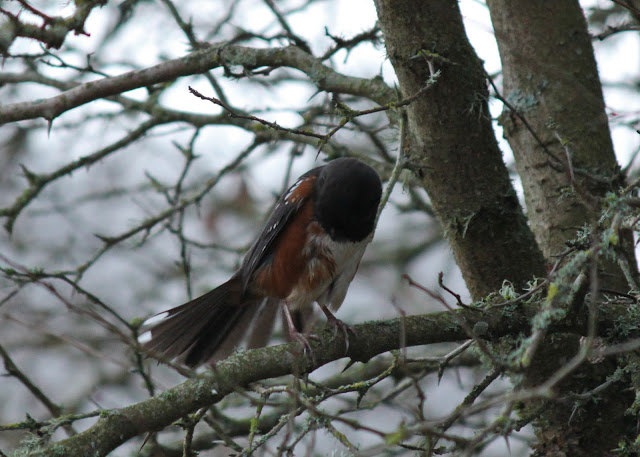 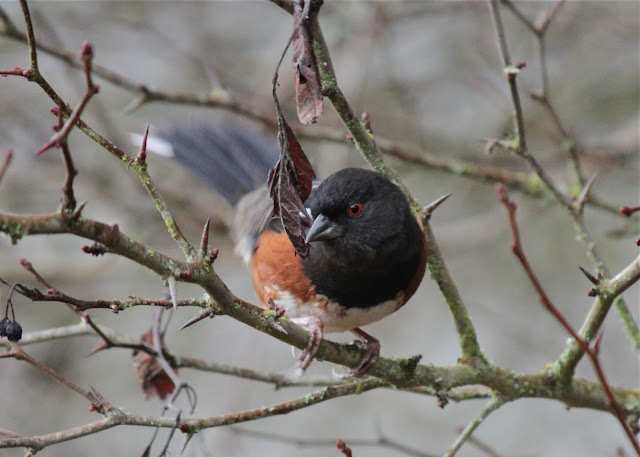 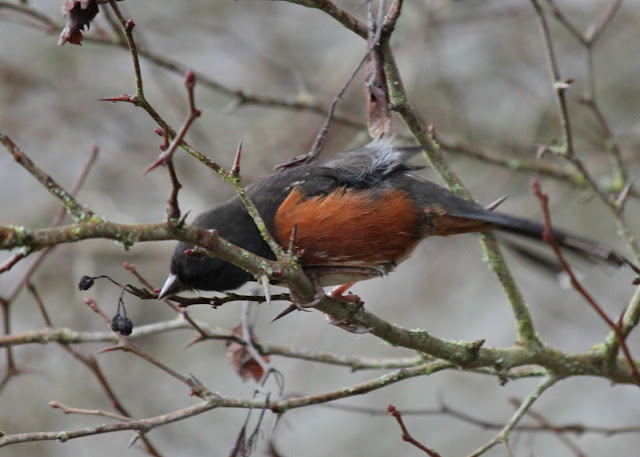 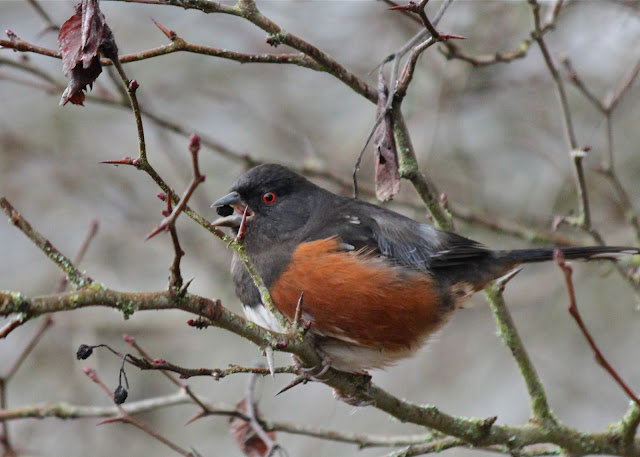 I saw my first bittern of the new year creeping in some grass... 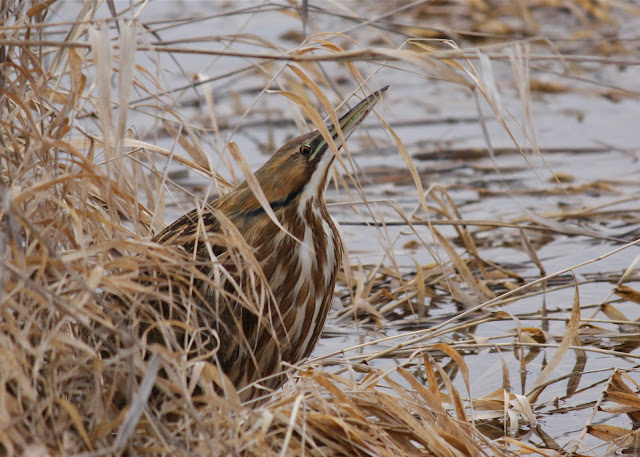 In one of the ponds some geese were bathing wildly and were quite entertaining. 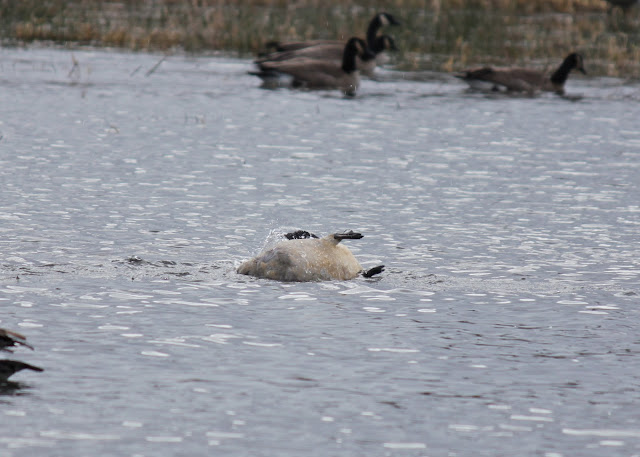 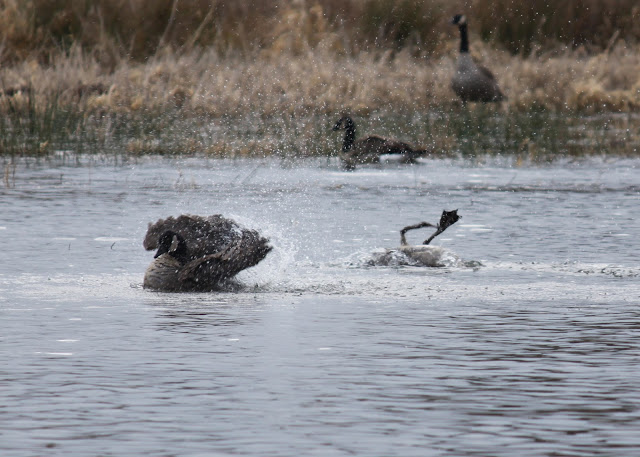 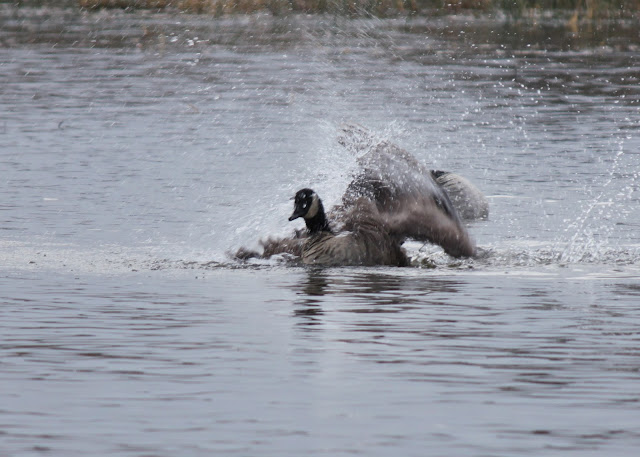