on March 25, 2012
I've been using eBird a lot lately- still trying get all my old bird lists entered, but also exploring the rest of the site.  I signed up for daily alerts informing me what birds I have not yet seen this year in my county that others have seen (the alerts include when and where the birds were seen).  I don't county list or anything like that but I do like the inspiration to bird closer to home.  So yesterday I headed out to Eagle Creek to look for American Dippers. 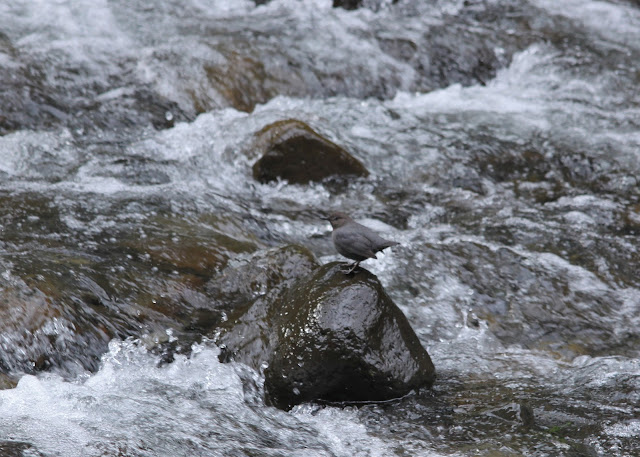 Success!  I found two along the creek.  I walked the dogs around for awhile, checking out the area.  A couple of Common Mergansers came swimming by at one point... 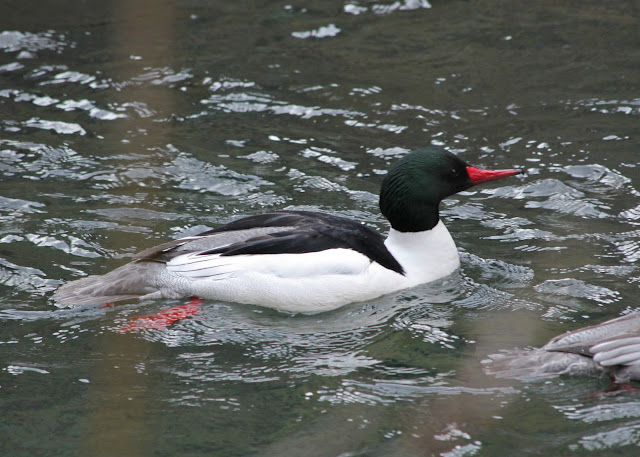 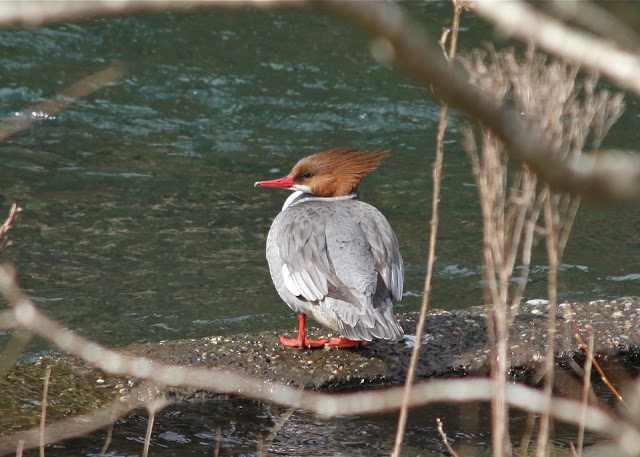 In a tree near the restrooms were three Red-breasted Sapsuckers, rather close together. 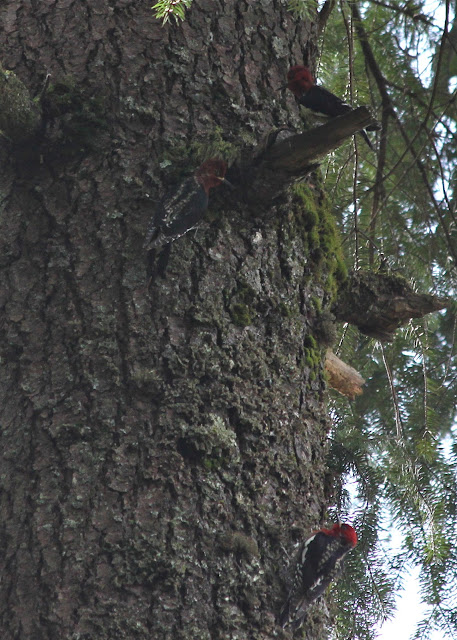 I've never seen three in one tree.  There was also a chipmunk in the area, which kept the dogs entertained... 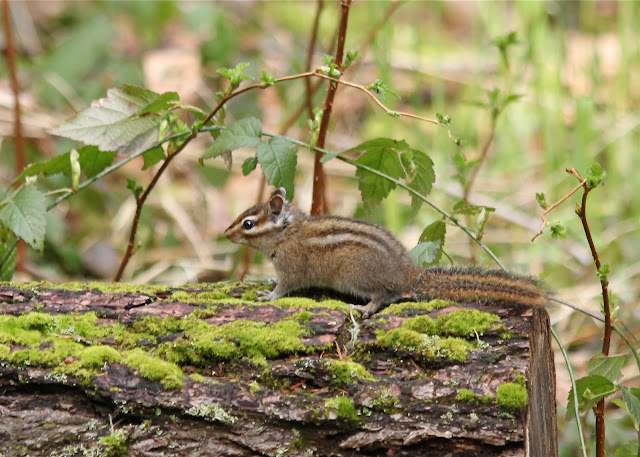 We walked over to the nearby fish hatchery and watched a crow snatch a little fishy thing out of one of the ponds.  The netting above the ponds seemed to frustrate him as he made many attempts to fly away.  I was worried for a second, but he finally squeezed through a spot and flew off with his prize. 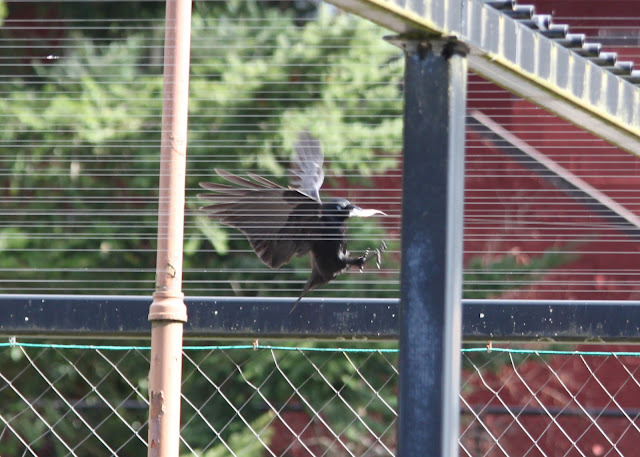 Nearby at the mouth of the creek is Eagle Creek Overlook.  There's a trail that leads to the top of a hill with views of the Columbia River and the Bonneville Dam. 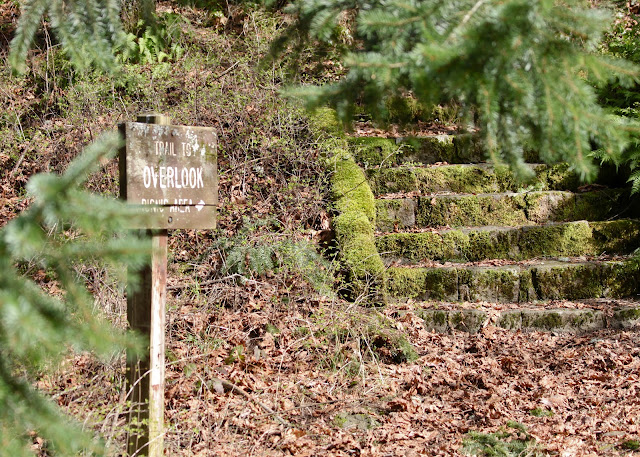 There were lots of birds at the top including at Pileated Woodpecker.  I forced the dogs to pose on one of the stone walls along the trail. 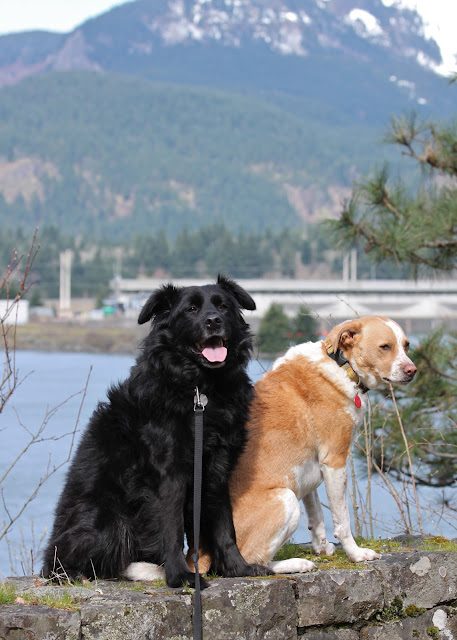 This morning I rode my bike out to Whitaker Ponds in hopes of adding some birds to my motorless list.  Failed on that account, but saw lots of great birds anyhow.  First off, ducks in trees! 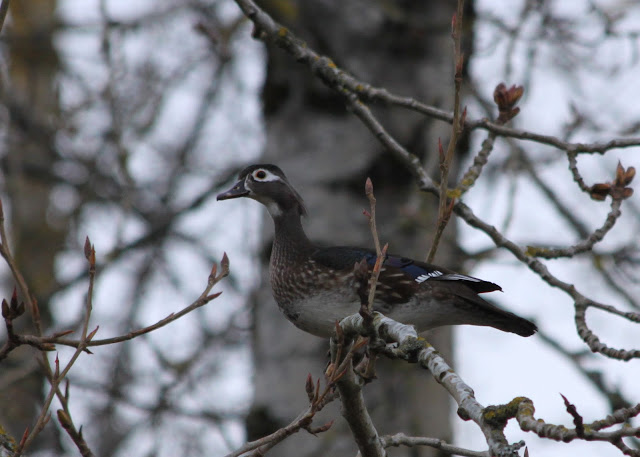 Not just Wood Ducks either- there was a Mallard up in a tree too.. 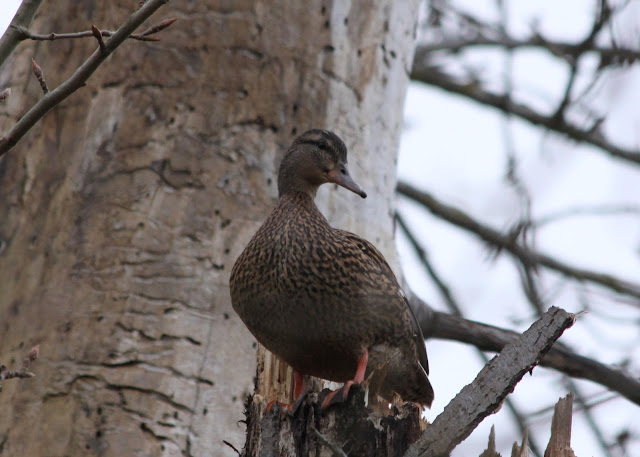 I find ducks in trees pretty amusing.  I startled a couple of Hooded Mergansers out of a drainage pipe, and they seemed to swim away into the, uh, sunrise... 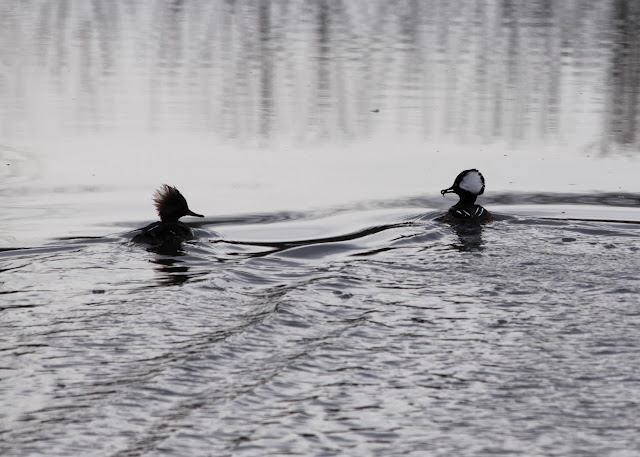 The best part of my visit to the park was finally finding the owl nest.  I spotted two lumps in trees from across the pond and realized they were two owlets!  I made my way over to the area and found those two owlets, plus mom on the nest with a third owlet.  Score. 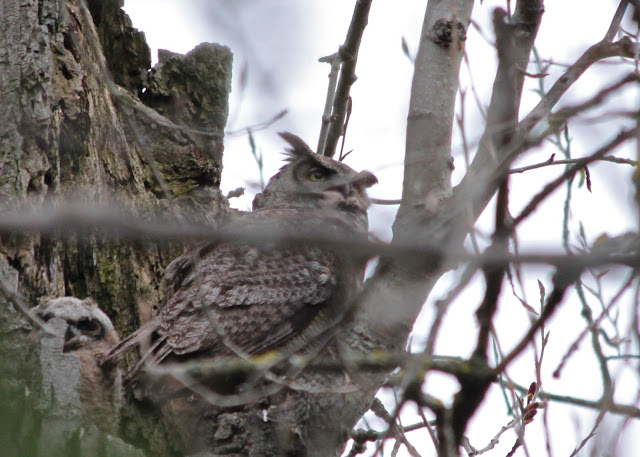 This owl appears to be the oldest of the three: 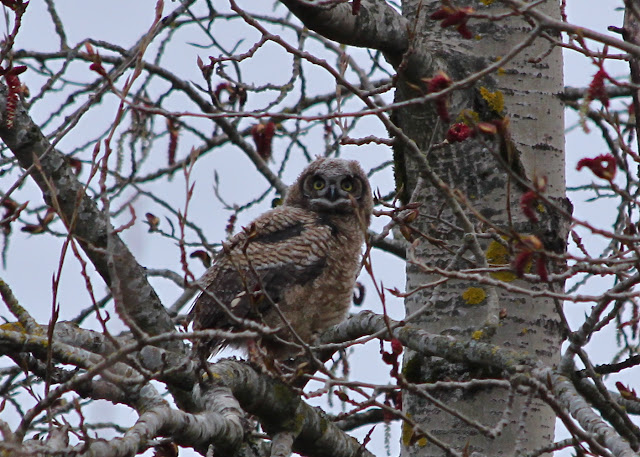 This next one is probably the middle child: 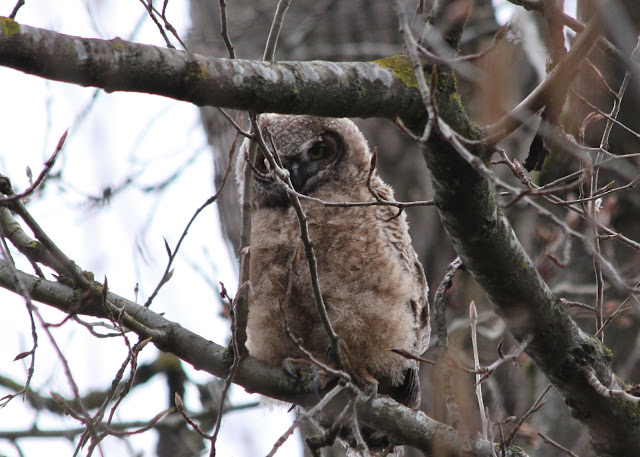