on March 02, 2012
I got a new lens a few days ago, a 300mm as opposed to the 250mm I've been using for the last two years.  Last month when I was out on an early morning bike birding trip I dropped my 250 on the sidewalk.  My frozen fingers had thought they were holding onto it, but they were apparently not, which I learned when I heard it hit the pavement.  The lens wasn't terribly injured but I did notice a lag in focusing afterwards (and honestly I've been dying for any excuse to upgrade my lens).

Yesterday's snow-covered morning seemed like a great time to test it out so I headed to some of my favorite North Portland spots. 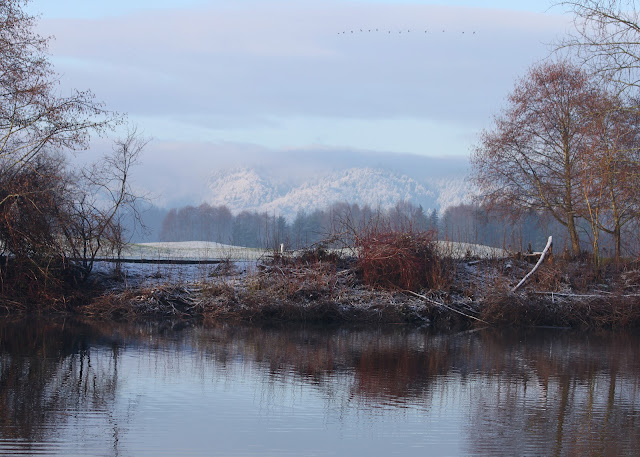 Force Lake
At Heron Lakes Golf Course I found a bunch of American Wigeons with a pair of Eurasians trying to keep a low pro. 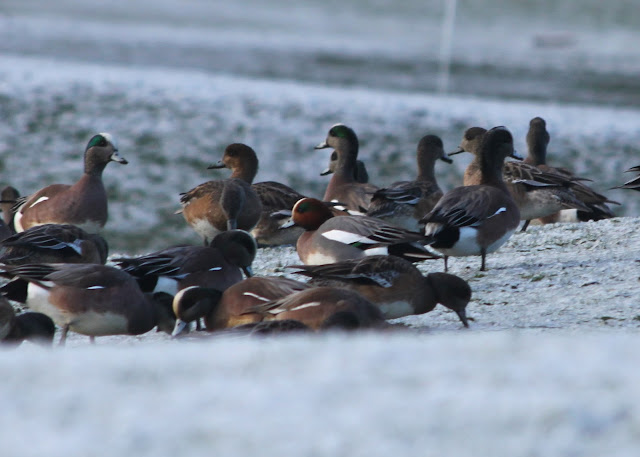 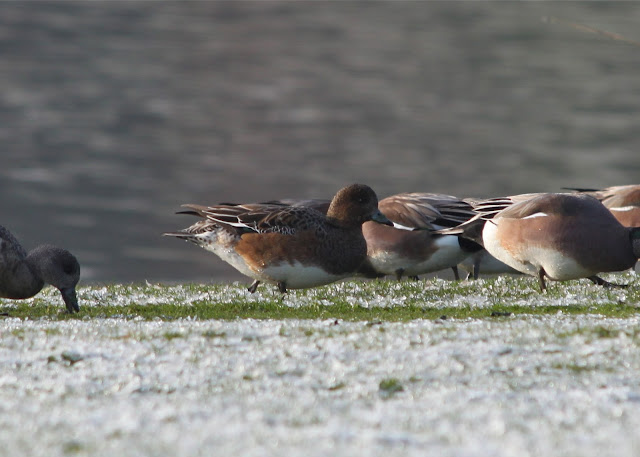 Mew Gulls were the gull of choice on the golf course lawns... 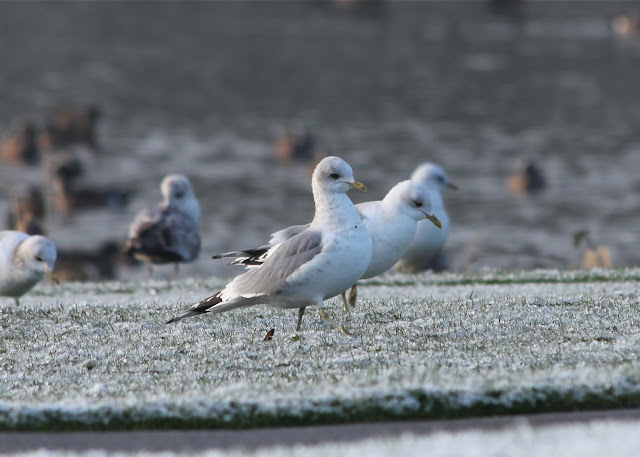 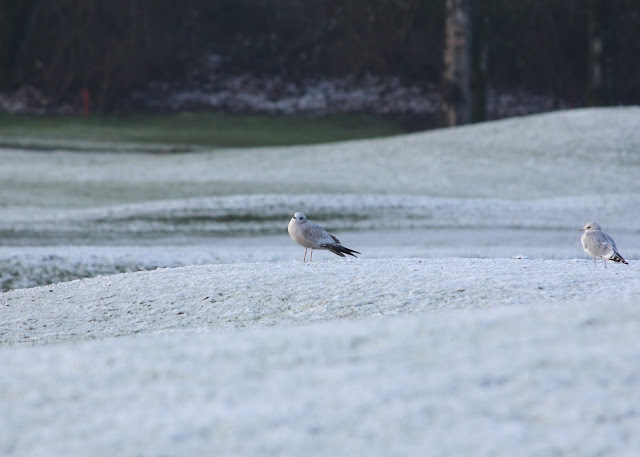 They are pretty much always my gull of choice.  The snow made the golf course a lot prettier than normal.  Too bad it melted so fast. 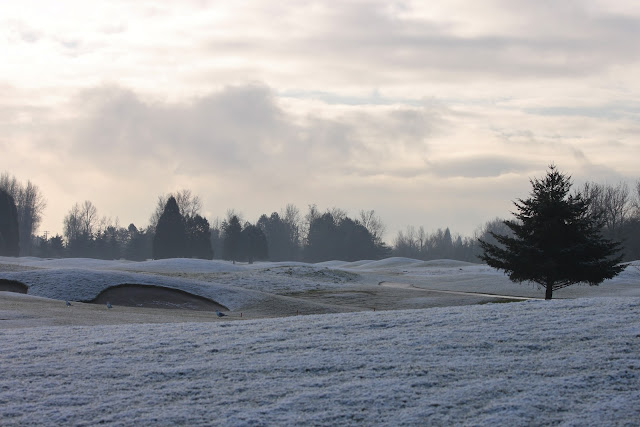 Crows in the snow are rad, even when they aren't sledding on rooftops.  It almost never snows here so I don't get to see this much: 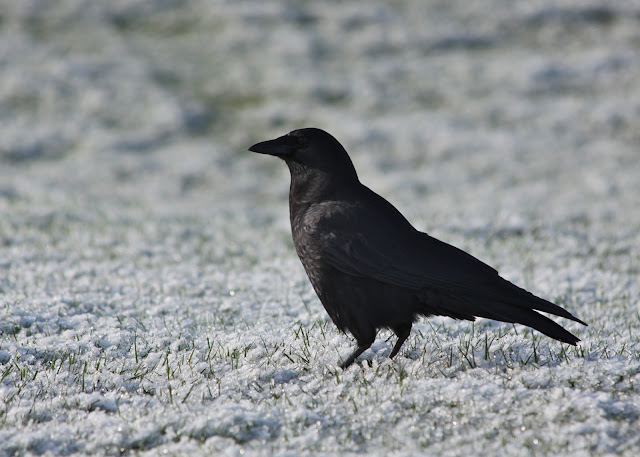 From Force Lake I walked the dogs down the road towards Vanport Wetlands to check on the Great Horned Owl nest.  As I had hoped there were two owlets! 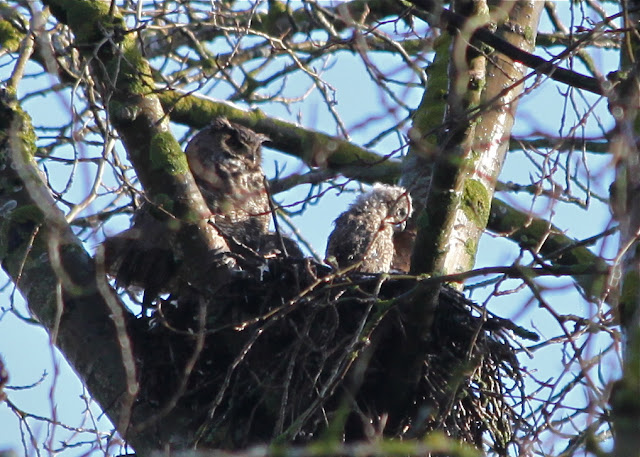 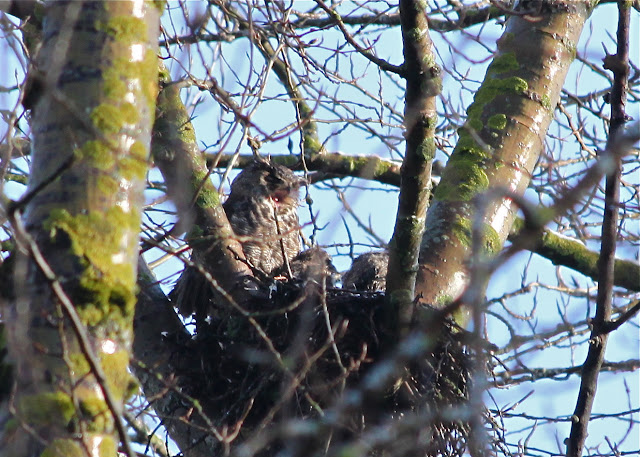 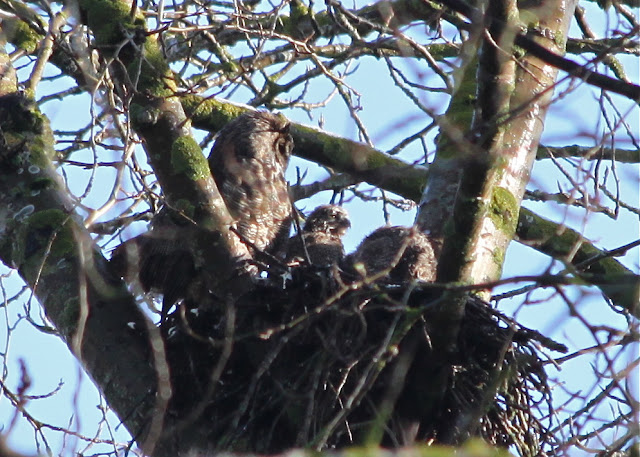 Not the best photos, but whatever, still adorable.  This afternoon I headed to Whitaker Ponds in northeast Portland where a Black Phoebe was reported yesterday.  There were a few birders already watching the bird when I arrived.  Definitely a great bird to see in PDX. 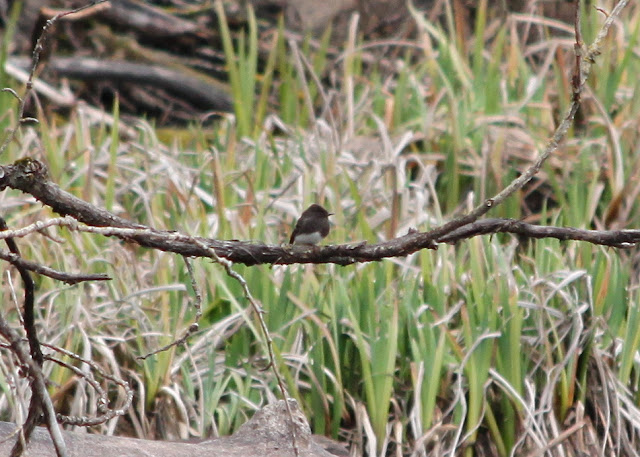 He was flycatching over the pond along with lots of Yellow-rumped Warblers and Cedar Waxwings... 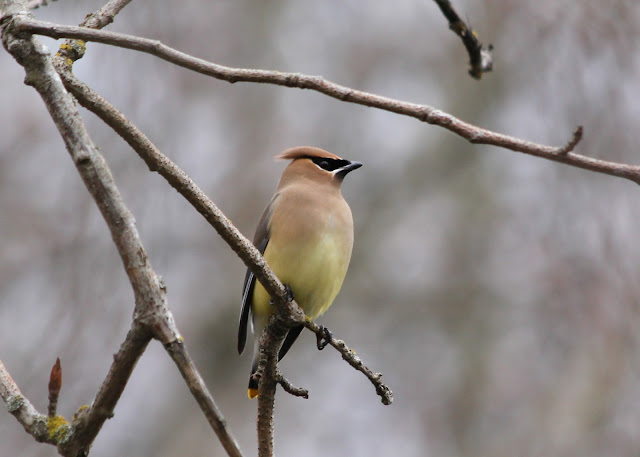 There were plenty of other good birds around the ponds like this Golden-crowned Kinglet... 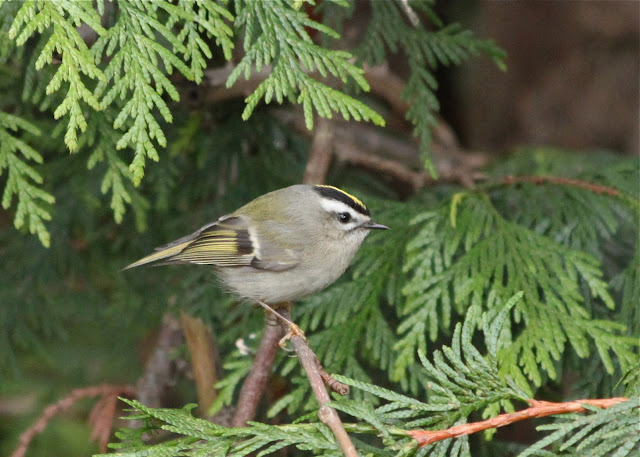 So far my new lens has been doing alright- the only complaint I have is the lens cap that it came with doesn't stay on so I'm using the one from my 250mm.  Other than that it's working out great.  Good times!
American Crow American Wigeon Black Phoebe Cedar Waxwing Eurasian Wigeon Golden-crowned Kinglet Great Horned Owl Mew Gull