on March 15, 2012
Yesterday morning I went up to Ridgefield in the rain, intent on counting some birds.  I really hate counting birds but I'm trying to get used to it for this whole eBird thing.  I figured I could just estimate large groups and not count every single bird.  When I arrived I found a group of coots and guessed there were about 30.  I was about to write that down on a scrap of paper I found and then thought, hmm, maybe I should count for real and see if that's a good estimate.  Yeah, there were 85 coots there.  Eff!

Here are the notes I took while there: 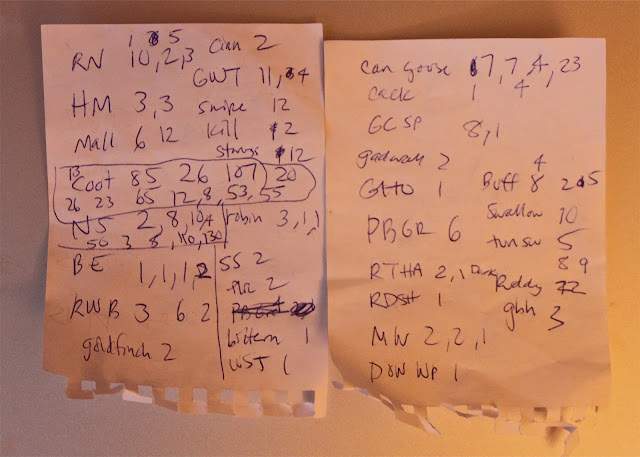 I obviously don't know real bird codes.  Ah well, I feel so accomplished having counted every single one of those 493 coots.  Not. 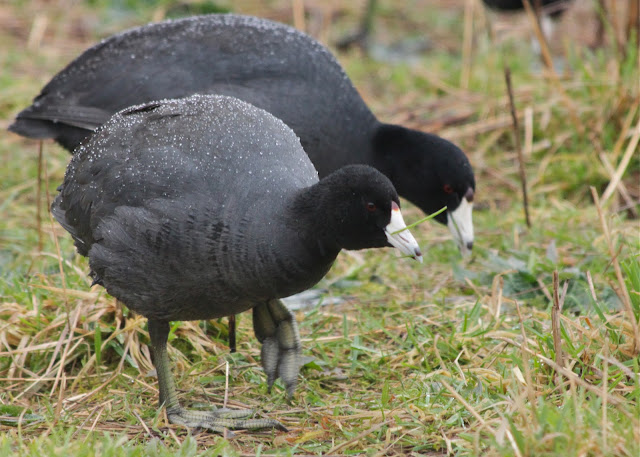 I was happy to see a couple of Cinnamon Teals close to shore... 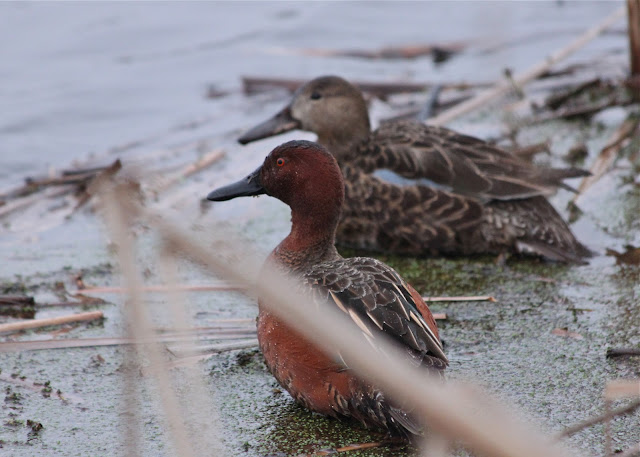 I was hoping for some non-coot rails in the grass but no luck- a bug-eyed bittern more than made up for it: 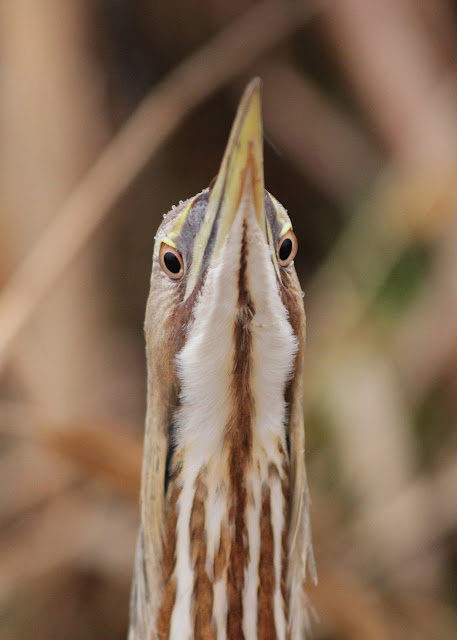 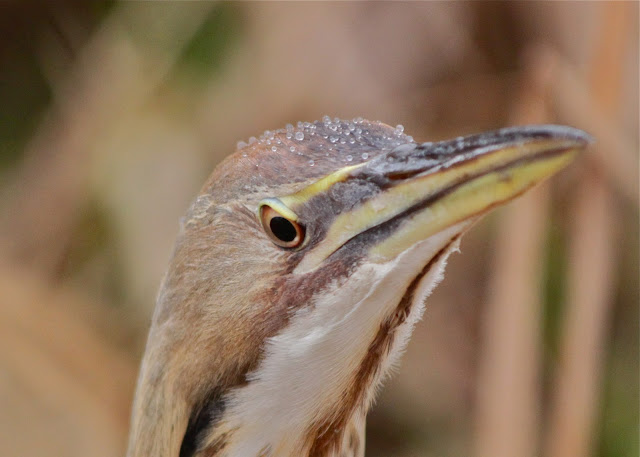 About a dozen snipe were mucking about by one of the flooded fields with some starlings... 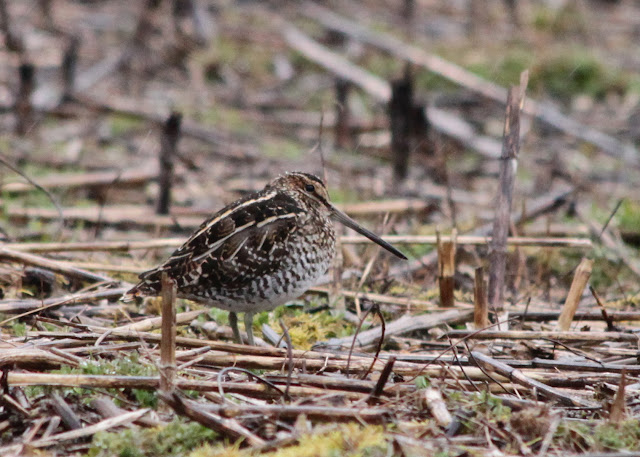 In the wooded area I stopped to count Song Sparrows (shoot me now) and found a Downy making a big hole on a little branch. 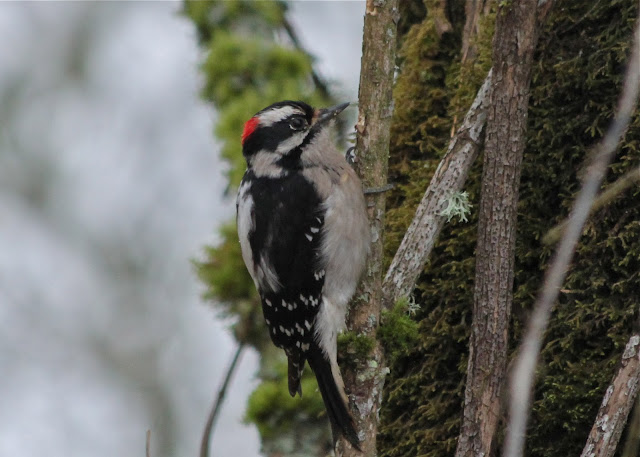 Cute.  On Rest Lake were a bunch of Ruddy Ducks in various stages of molt. 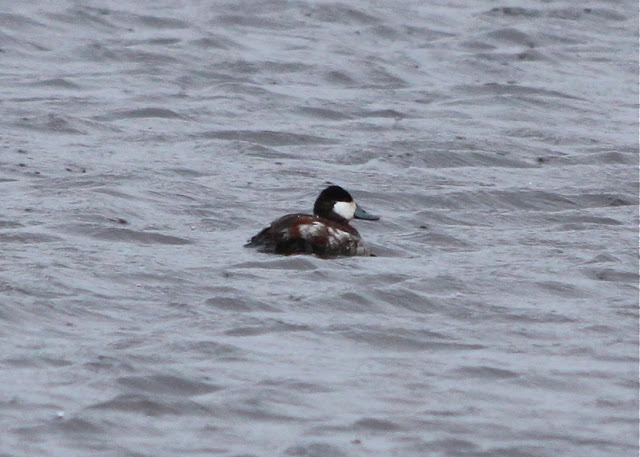 I kind of like that look.  On my way out I saw some kind of interaction between a dark morph Red-tailed Hawk and a Great Blue Heron.  The hawk flew off with something dead and the heron flew off with nothing.  Perhaps the hawk stole the heron's victim?  Or just disturbed the heron while hunting?  The hawk was gorgeous but the pouring rain didn't really make for a good photo: 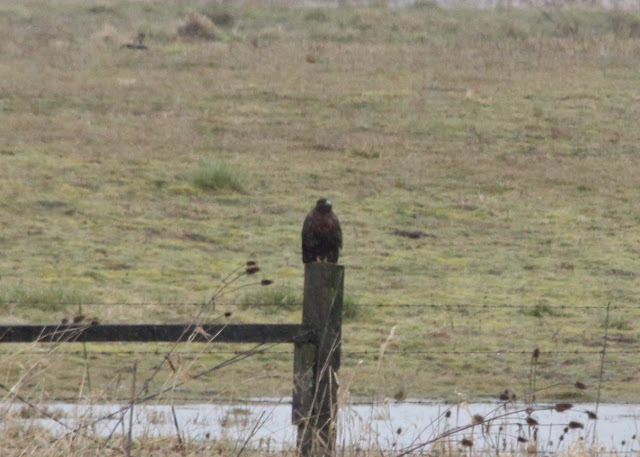 So that was my first time out really counting every freaking bird.  In the future I will probably do more estimating, especially because most birding excursions do not involve sitting in a car with pen and paper easily accessible.  At least I got to try it out... Good times!
American Bittern American Coot Cinnamon Teal Downy Woodpecker Red-tailed Hawk Ruddy Duck Wilson's Snipe