on March 24, 2012
Yesterday was a lovely (and I don't use that term lightly) return to spring for the northwest.  The snow had melted and the swallows had emerged from wherever they disappeared to on Thursday.  After work I drove up to Ridgefield to enjoy the sunshine.  The first thing I noticed was the return of the turtle! 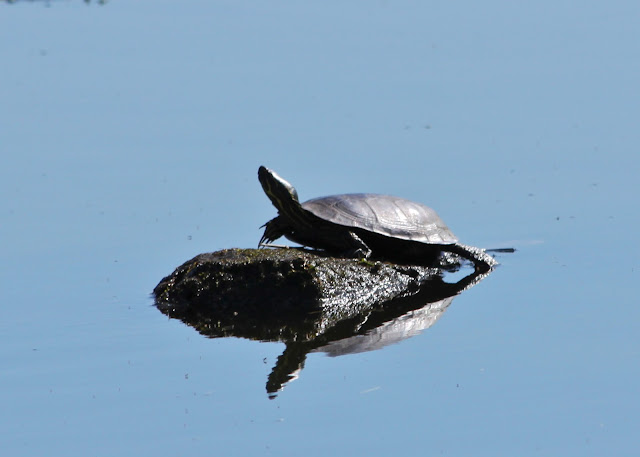 My first trip around was kind of disappointing, though a few regulars showed me their good sides... 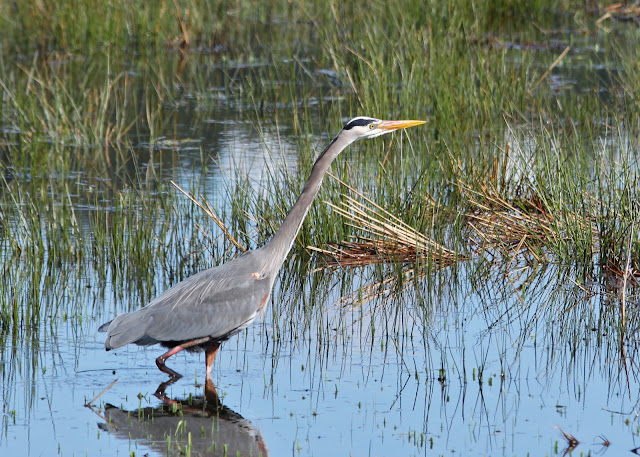 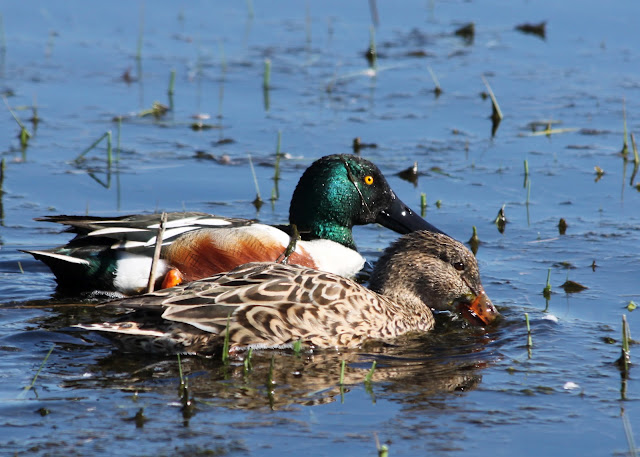 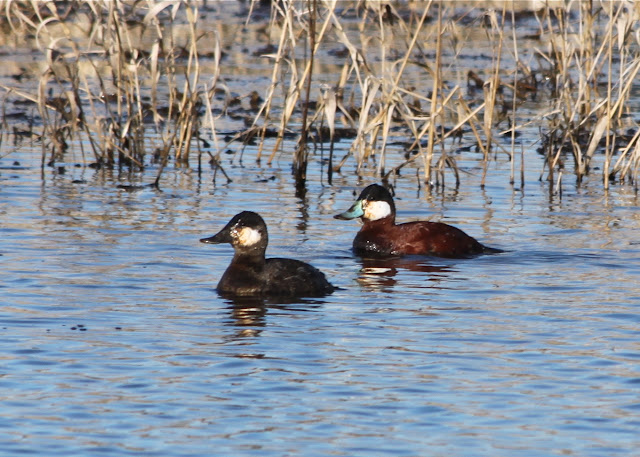 
I decided to go around the refuge a second time and found a bit of a traffic jam apparently caused by two American Bitterns.  Thankfully most people moved on and I was able to see that one of the bitterns was in a tug-of-war with a snake! 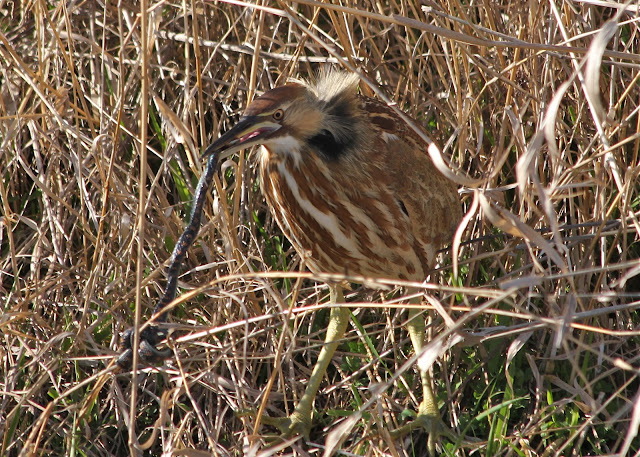 His method for snake-eating seemed to be to smash the head, then work his way down the body smashing as he went. 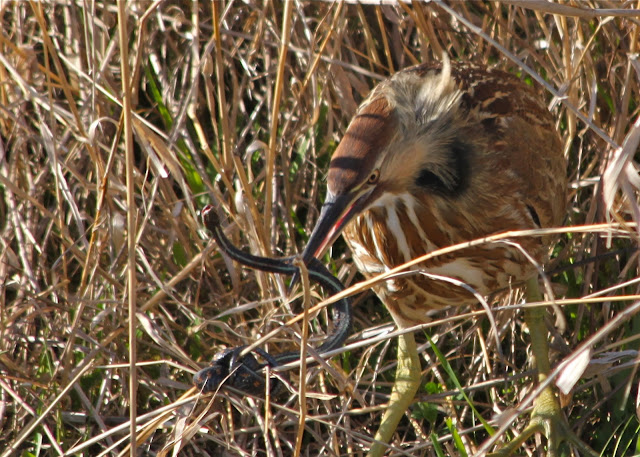 As you can kind of see, the tail was knotted around some grass.  The bittern just kept smashing and moving down the body, eventually freeing the knotted tail. 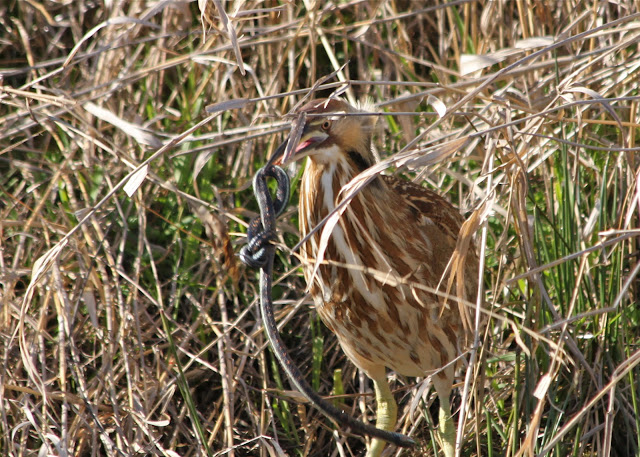 Finally he sort of flung the whole thing up in the air where it seemed to tie itself into a knot and he swallowed it whole... 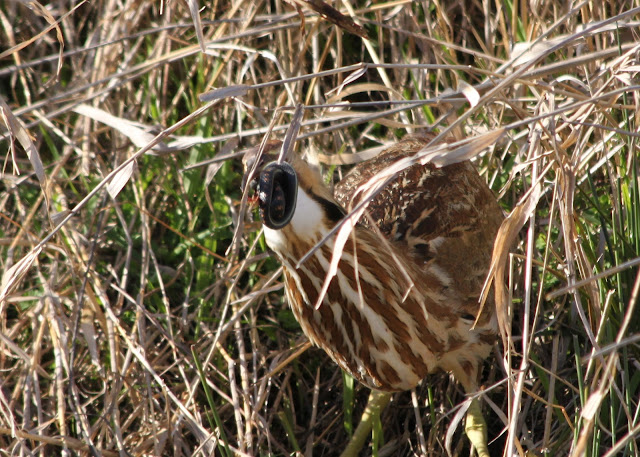 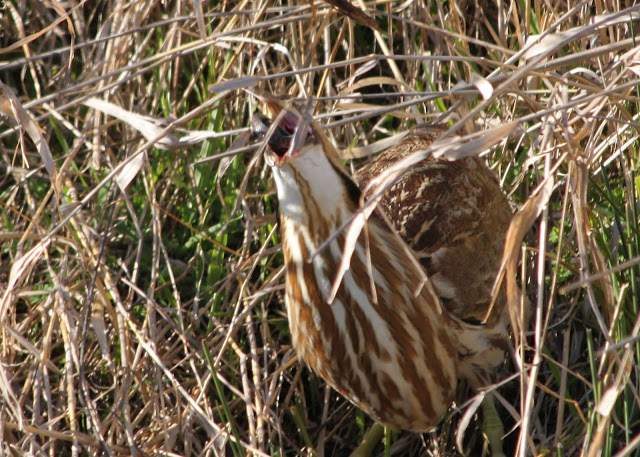 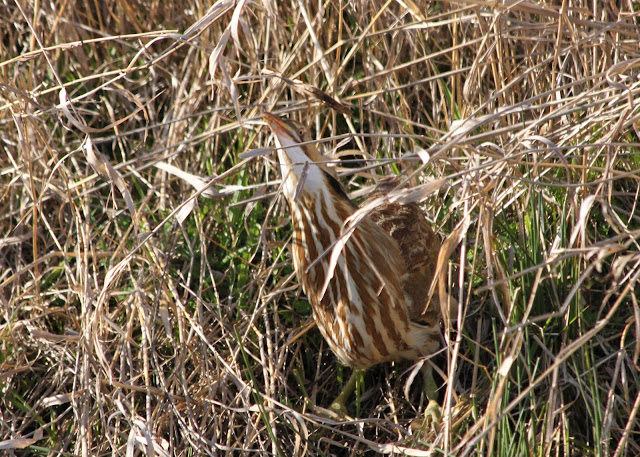 Done!  He dunked his head in the water a couple times, washing some of the blood off his beak, and then puffed out his chest and I swear he burped. 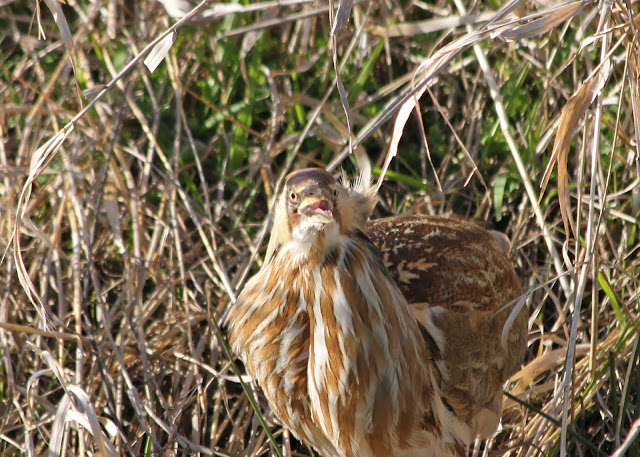 Pretty cool.  Just after leaving the refuge I was driving along the row of houses with incredible views of the refuge and a hawk was soaring low overhead.  I thought how cool it would be to live there and have all the birds there practically in my backyard.

I drove home and got out of the car with the dogs, noticing two birds soaring directly above my house.  A pair of Bald Eagles!!  I've never even seen them in my neighborhood before.  Thankfully my camera was still easily accessible and I fired off some shots.. 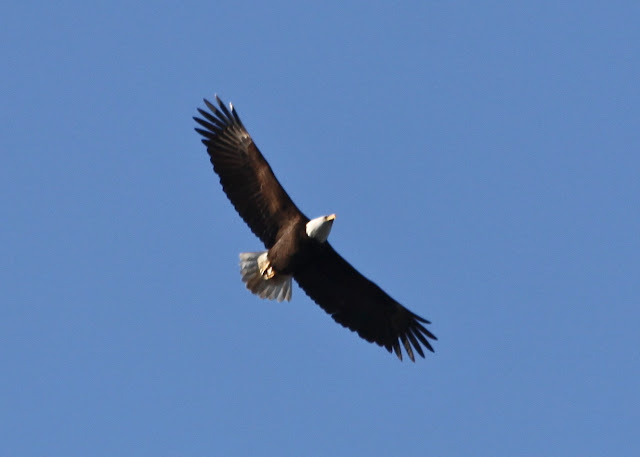 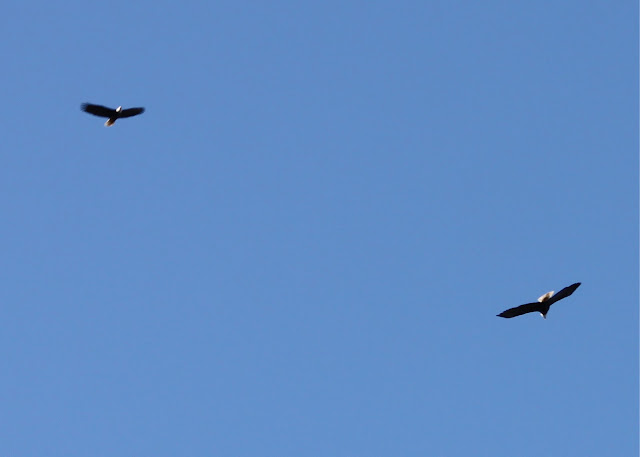 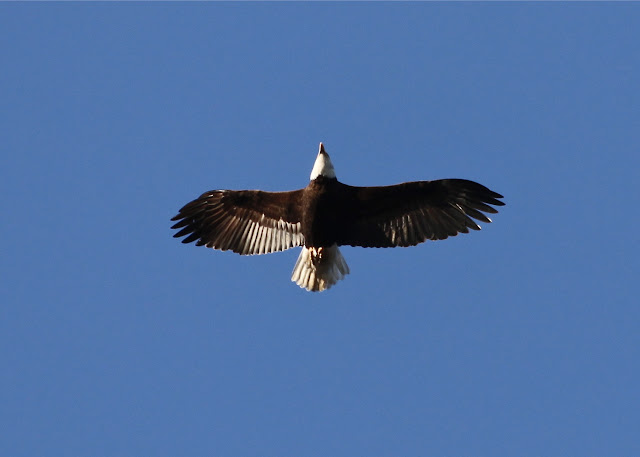 Hell yeah.  Maybe my yard is not so bad after all...  In other yard news, my Brewer's Blackbirds returned this week.  While the starlings fight to the death (not really) over the suet, the blackbirds calmly eat the seed under the seed feeder.  Love them.