on March 31, 2012
It's been raining.  Them weather folks have been calling this the wettest March on record.  Awesome.  Because of the rain I figured the Ridgefield auto route would be by best birding choice yesterday afternoon.  I even dragged along a non-birding friend to torture.

Yellow-rumped Warblers were out and about in their fancy breeding outfits... 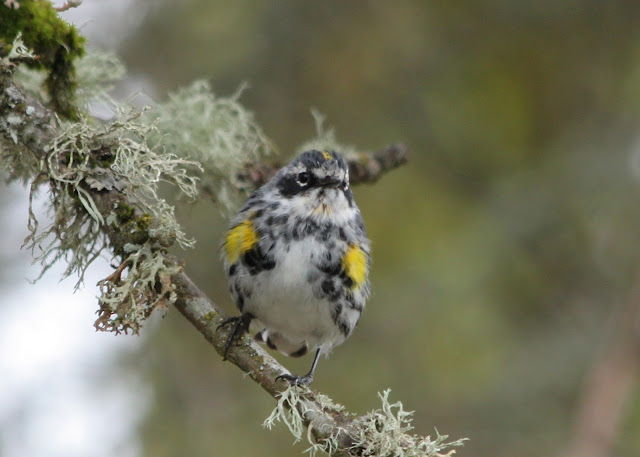 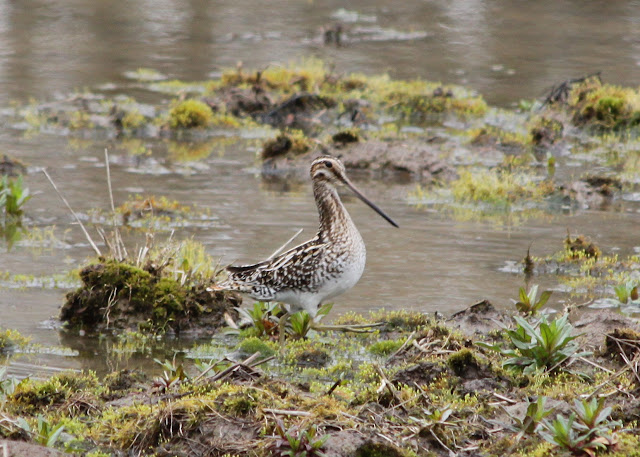 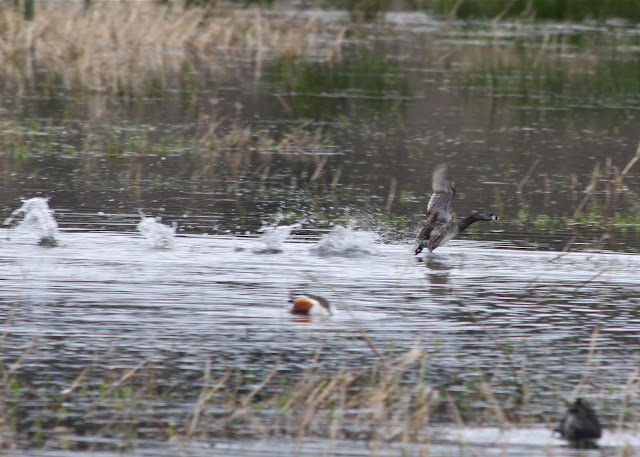 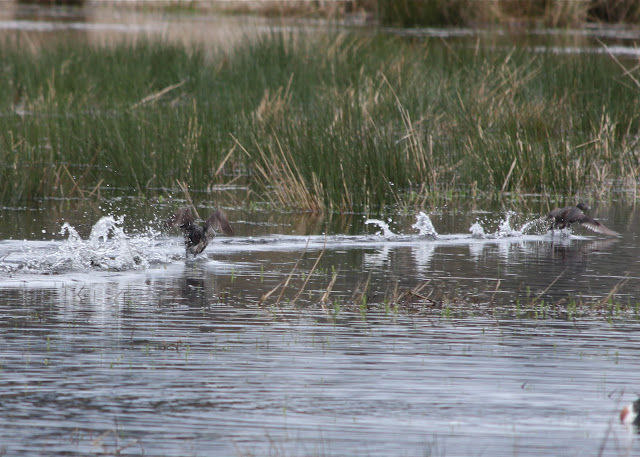 And another pair in a different part of the refuge: 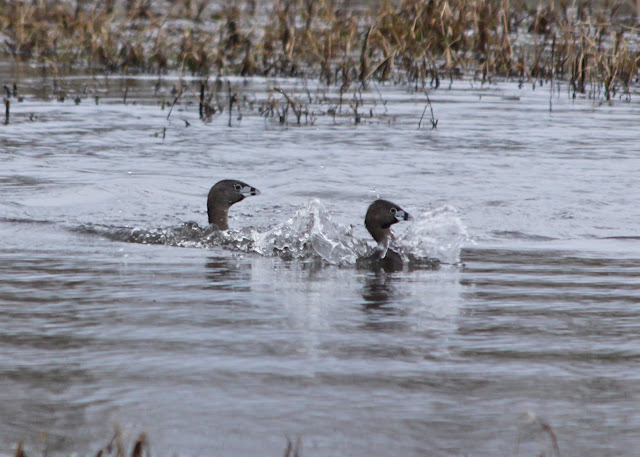 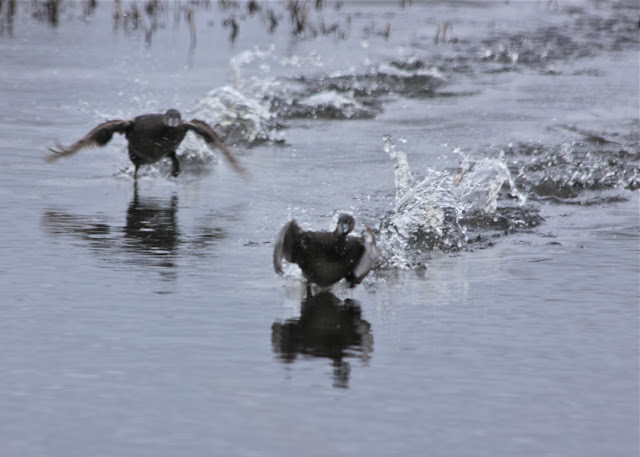 Fun stuff.  Back in the woods I showed my friend the Great Horned Owl nest, still occupied by mama owl though we didn't see the two new owlets seen by others.  Another owl, probably papa, was perched in a tree across the slough from the nest. 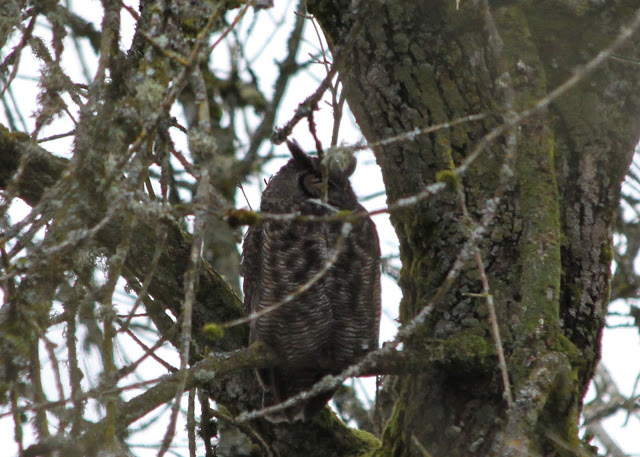 As we drove away from the owls my friend actually said, "See ya later, owligator."  Guess you don't have to be a birder to be a complete nerd.  We saw tons of Bald Eagles on this trip, including this one in the forest rather close to the owls: 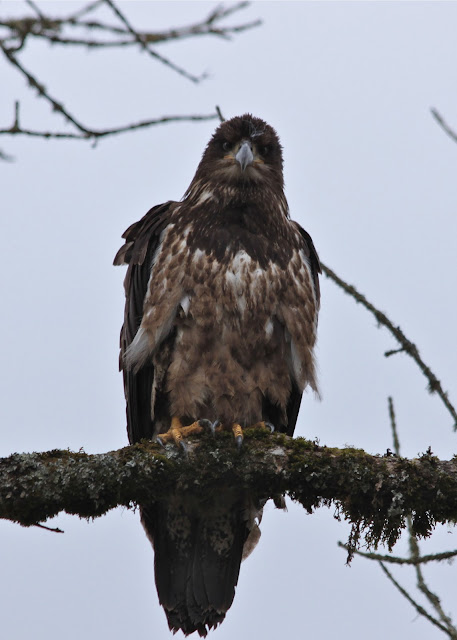 We also stopped to look at the eagle nest where mama and papa were hanging around, looking sharp, unlike my photos which are too terrible to share.  Oh and back in the forest while we were looking at the eagle above I saw some sparrows messing around in the grass below.  I was psyched to find a Lincoln's Sparrow among the many Songs. 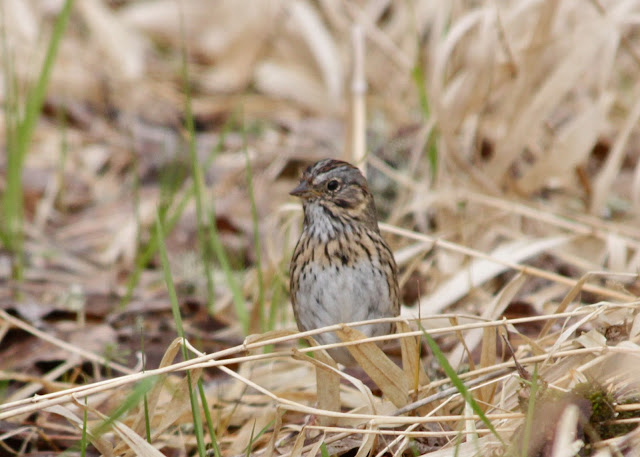