The magical lands of Troutdale.

Just east of Portland is a town called Troutdale, known by many for its outlet stores and access to some Sandy River swimming holes.  Since the weekend though, a spot behind the Troutdale Airport has been known by birders as a somewhat magical land where some amazing birds have been turning up.  I went to check it out yesterday morning and was happy to see the Loggerhead Shrike: 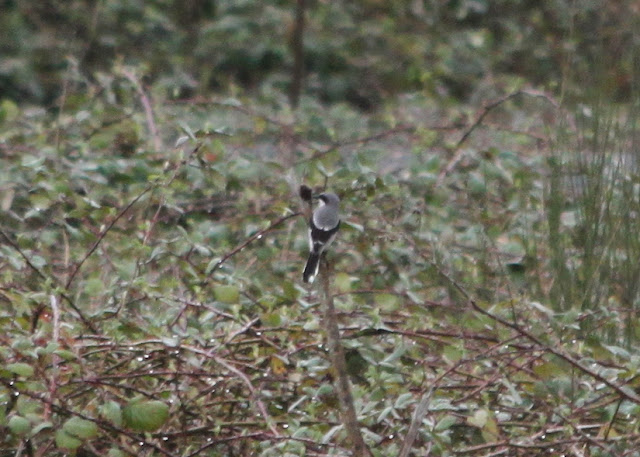 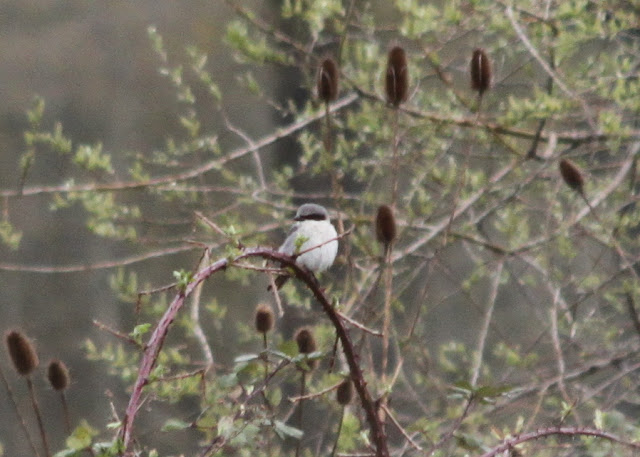 It was at a bit of a distance, but still cool to see.  Not a lifer though.  I didn't have a lot of time to stick around and wait for the other birds seen in previous days (Say's Phoebe and Sage Thrasher!) because I had to tire the dogs out at Broughton Beach.  But if I had stayed I would have gotten a lifer (Clay-colored Sparrow) for sure, and possibly another lifer that was seen later in the day (Ferruginous Hawk!).  Before this week I had only known of this spot as a good place to look for kingbirds.

At Broughton Beach the rain picked up so I didn't do a ton of birding, but I did watch a couple Savannah Sparrows collecting what I believe is nest material. 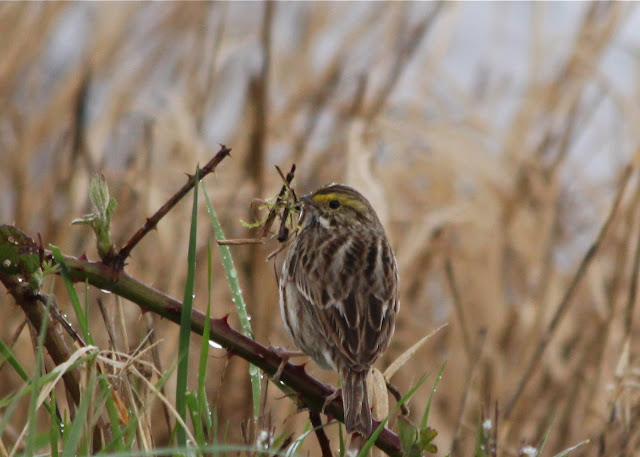 Not much else of interest- lots of molting Horned Grebes and a couple Common Loons in winter plumage- but two tired dogs are always worth it.  Hopefully the good birds of Troutdale will stick around till I can get back out there... Good times!
Email Post
Labels: Loggerhead Shrike Savannah Sparrow