Yes, I am insane.  I decided in the midst of a casual morning of riding my bike around NE Portland to ride all the way to Troutdale... with no water or snacks involved.  I started off the morning at the Columbia Childrens Arboretum, a sweet little spot with lots of trees (duh) and a nice trail.  Here I was able to add Lesser Goldfinches to my motorless list- as they seemed to be the most numerous and most vocal. 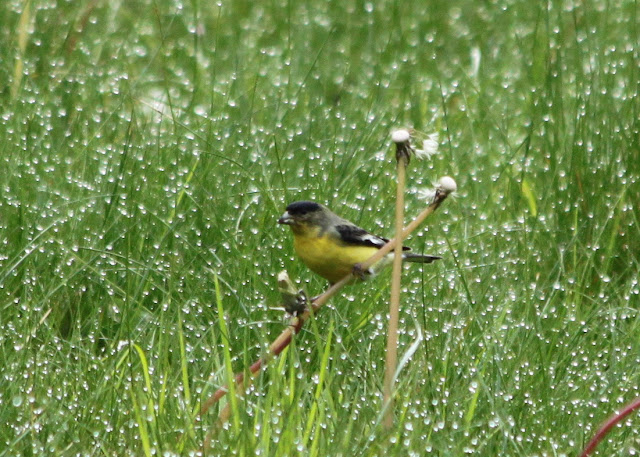 Nothing else too exciting there right now, but hopefully soon some migrants will start showing up.  Some nice horsetails coming up: 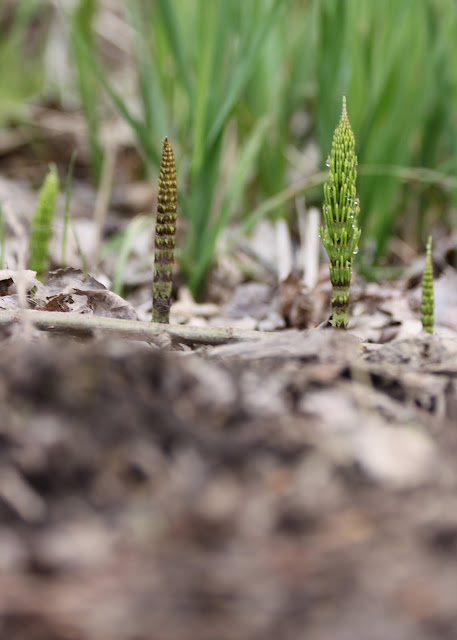 After that I rode along the bike path on Marine Drive to Broughton Beach and west.  I was able to add Savannah Sparrow but that was it.  I was feeling pretty good so I figured going all the way to Troutdale wouldn't be too bad.  I stopped a couple times to check out birds and once to check out what I thought might be just a log... 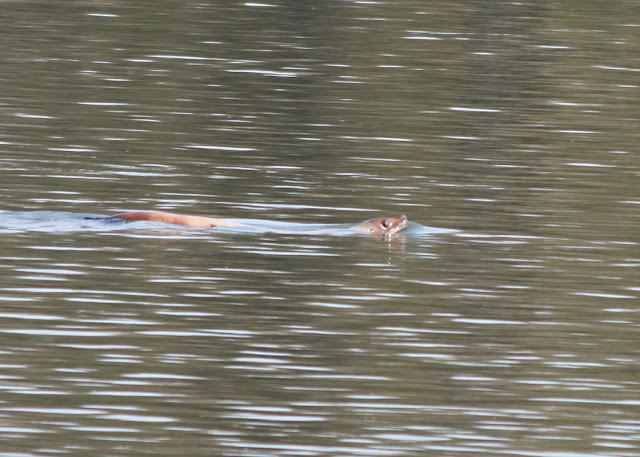 Nope, it was a freakin sea lion!!   I need to keep a motorless mammal list now too...  Ooh and motorless roadkill- yesterday I saw a dead cat, beaver, possum, and river otter.   Anyway, I made it to Chinook Landing Marine Park and as I had hoped, the Red-necked Grebe was still present. 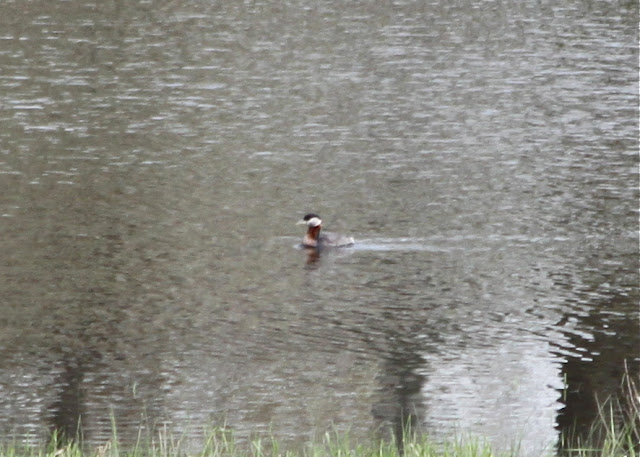 Out on the river was a gull that I have been trying to turn into a Bonaparte's, mainly because two were seen here the previous day.  And it has that stubby black bill.  Thoughts? 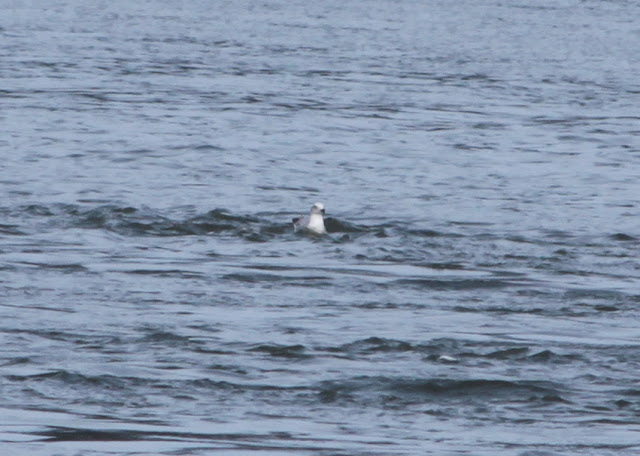 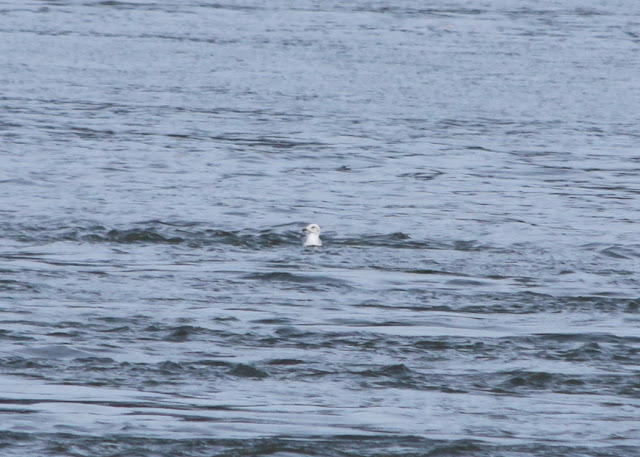 Also at the park was this Downy Woodpecker that I desperately tried to turn into a Hairy (for my motorless list's sake): 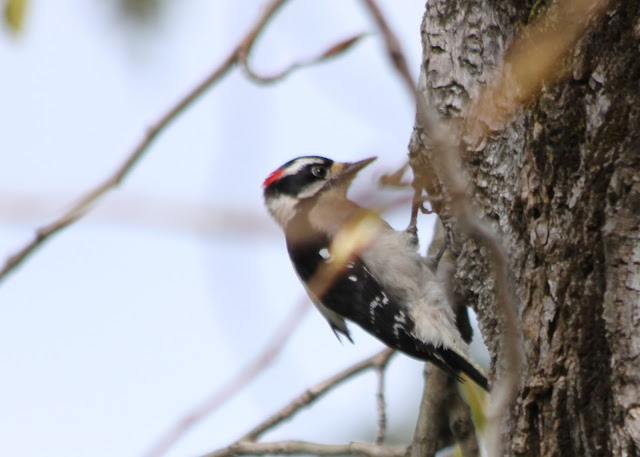 I eventually made it to the famous Troutdale location in hopes of adding some great birds to my list.  Well, no Clay-colored and no Brewer's were to be found.  But I did meet some very nice other birders, and was still able to add White-crowned & Lincoln's Sparrows, Northern Harrier, and Brown-headed Cowbird.  After about an hour poking around the fenced-in lot I rode over to the next street over.  There I found a pair of Cinnamon Teals! 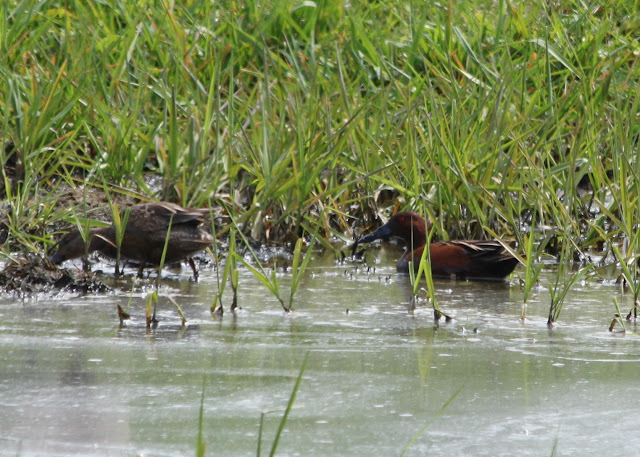 On my ride home just past Chinook Landing I saw my first goslings of the spring! 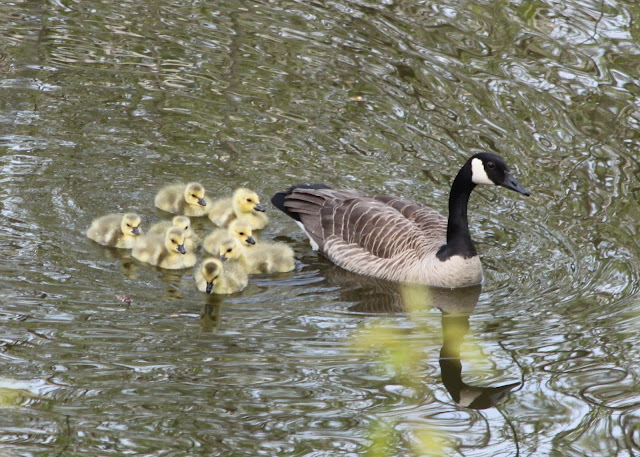 So adorable.  On my long and painful ride home I was able to add Eurasian Collared-Dove and Steller's Jay to my list, both from random yards. 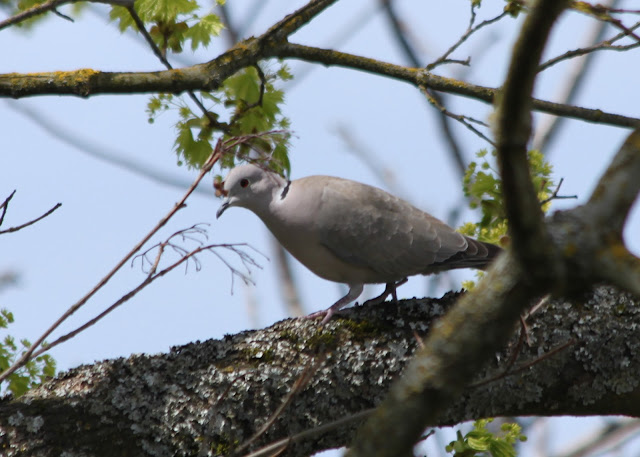 I added 12 birds total yesterday, though technically two were just ones I forgot to add to the list before.  Not sure if it was worth riding my bike 36 miles roundtrip, but whatever, it was a nice day.

Today I took the dogs to Kelley Point Park and found a funny scene when I pulled into the parking lot: 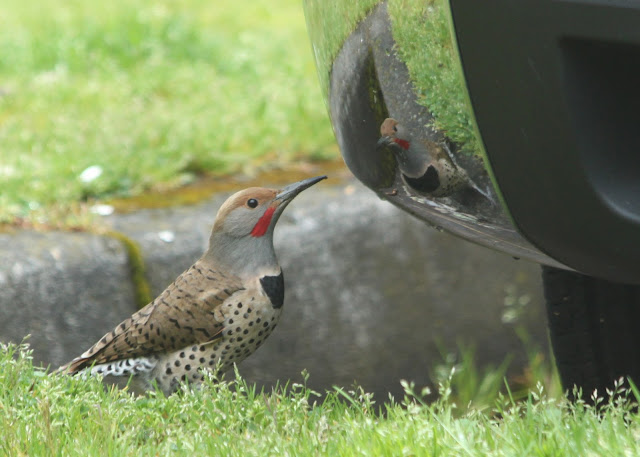 This fella was checking himself out in the bumper...  He would tilt his head sideways to try to figure out who the heck that other fella was, but after a few minutes moved on to picking stuff out of the grass.  On the way home I stopped by Force Lake and found two pairs of Redheads... Never get sick of em. 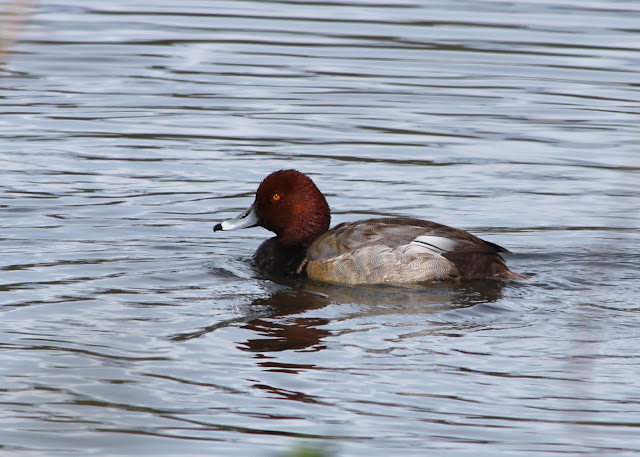 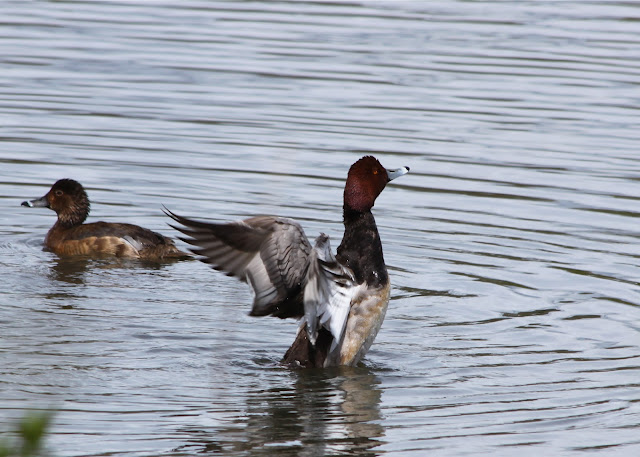