on April 08, 2012
This has been the kind of weekend that Portlanders dream of all winter long.  Sunny and in the 60's for three days in a row is a lot to ask for here.  I have packed in a ton of birding and have oh so much to share with you, but right now I just want to share this encounter between a Bald Eagle and an Osprey at Fernhill Wetlands this morning.   Five of us watched the Osprey with a fish in its talons try to evade a hungry eagle, but no dice, the eagle won... Check it out: 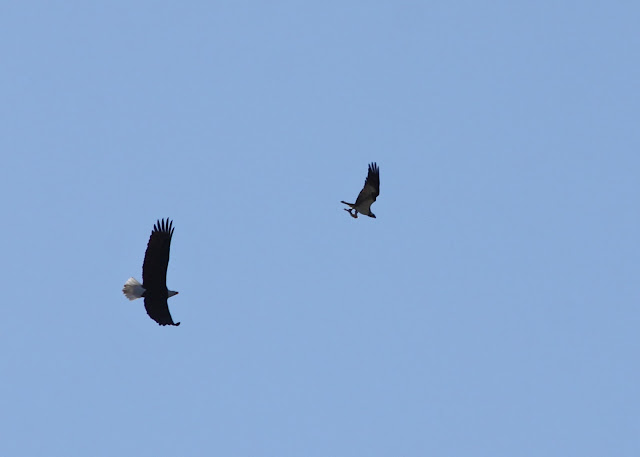 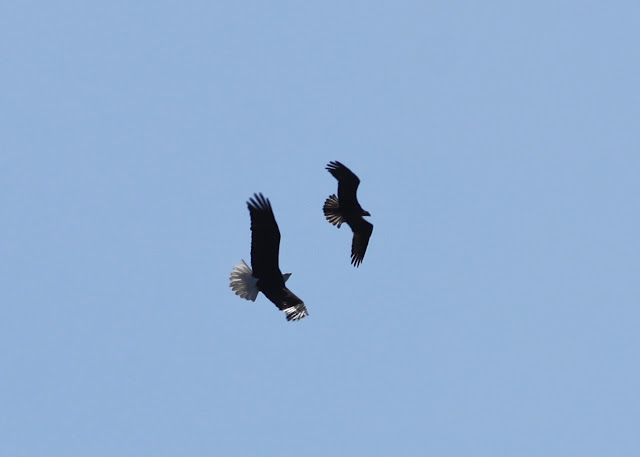 After what felt like a long time, the Osprey dropped the fish and the eagle dove straight down to catch it... 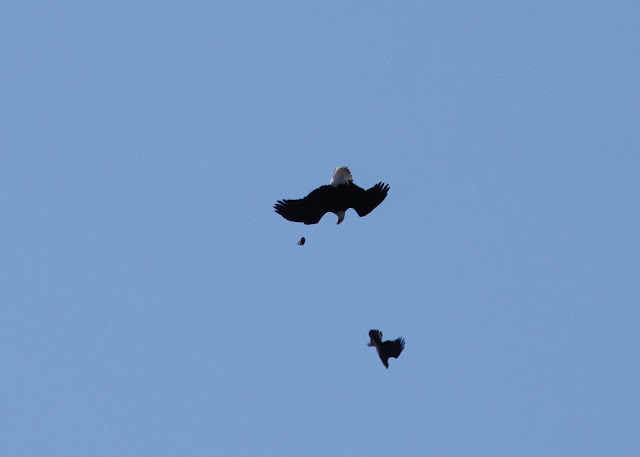 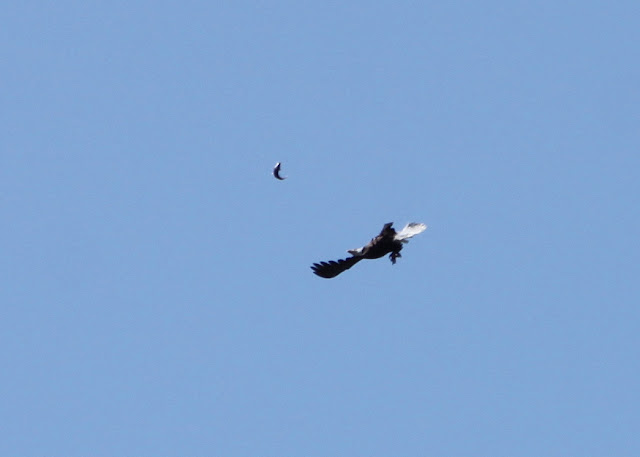 I was pretty impressed when the eagle snatched it out of the air.  He did some victory circles with his eagle friend (they may be the pair that have a nest nearby) and finally landed in a tree. 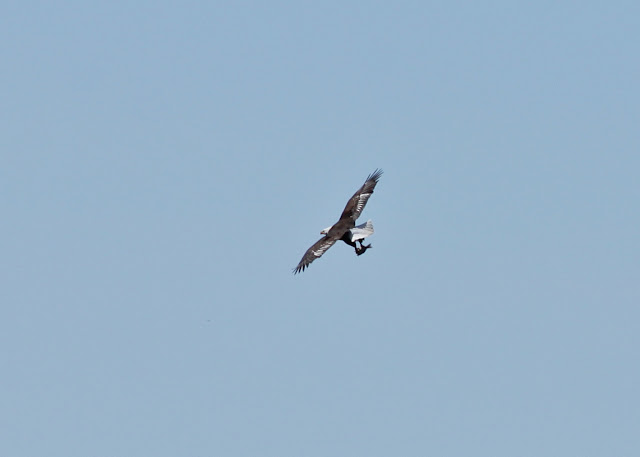 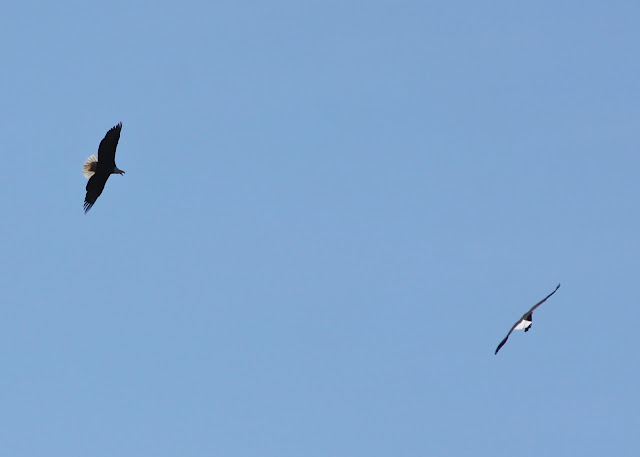 Pretty awesome drama, though it seemed like a lot more work than just snatching a fish out of the water.   Next time I will share all the other rad stuff I saw this weekend including one lifer and many newly arrived birds.  Good times!!!
Bald Eagle Osprey