I bought a new tent a couple weeks ago and this weekend's warm temperatures made for the perfect opportunity to test it out.  Turns out I hate the tent.  It's going back to REI where it came from.  Luckily I kept my old one just in case...  Anyway, the warm weather meant that I felt confident about driving through the mountains finally so I headed east to Smith Rock State Park yesterday morning. 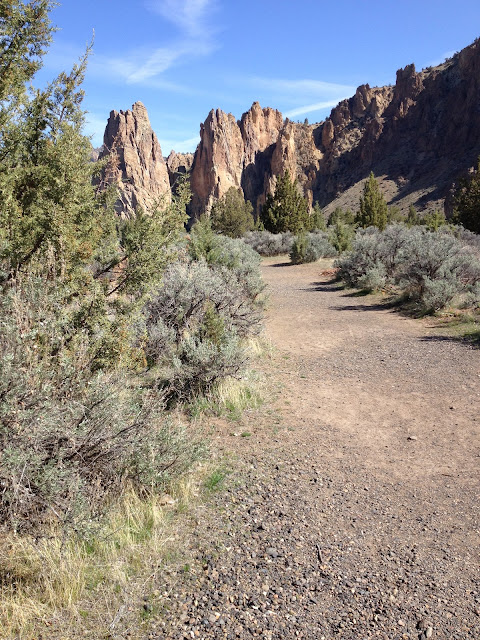 I took the dogs on a two-hour hike, as well as another 2-hour hike this morning.  I was finally able to see the White-throated Swifts that nest there.  Not really great for photos: 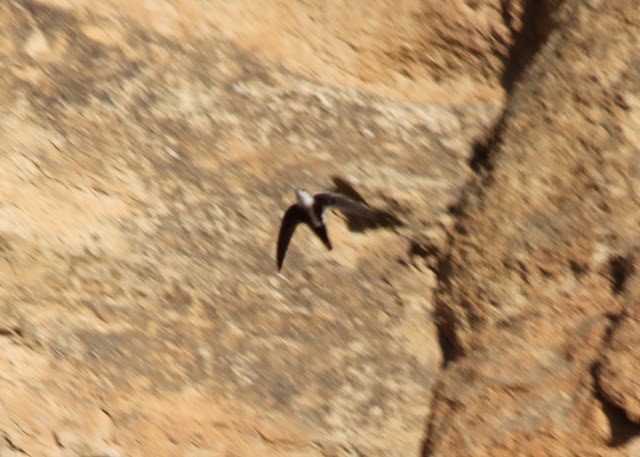 I was really hoping to finally see a Canyon Wren, instead of just hearing them, but no luck.  I did find a couple of Rock Wrens and House Wrens though... 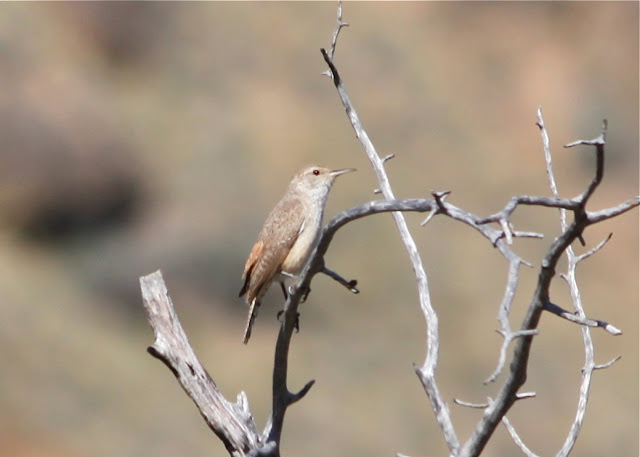 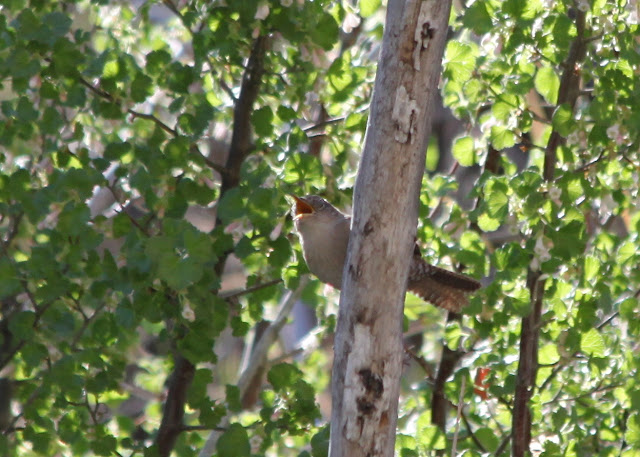 Other good birds at the park were nesting ravens, a Golden Eagle, kestrels, and Canada Geese perching all over the canyon walls.  I found a cool lizard but my camera refused to focus on it (ok it was probably my own fault, but whatever)... 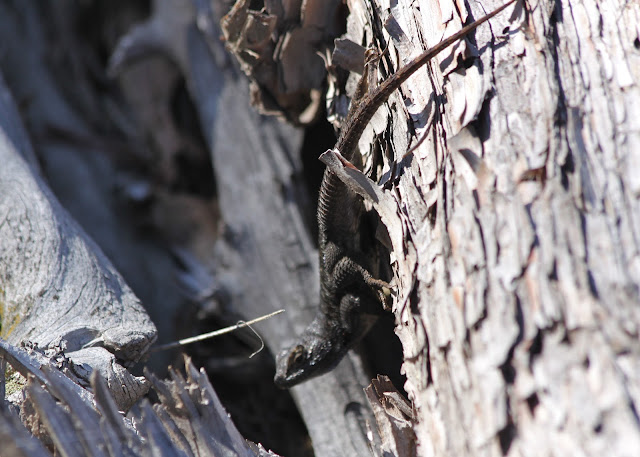 And probably the most unusual sighting of the day, this guy: 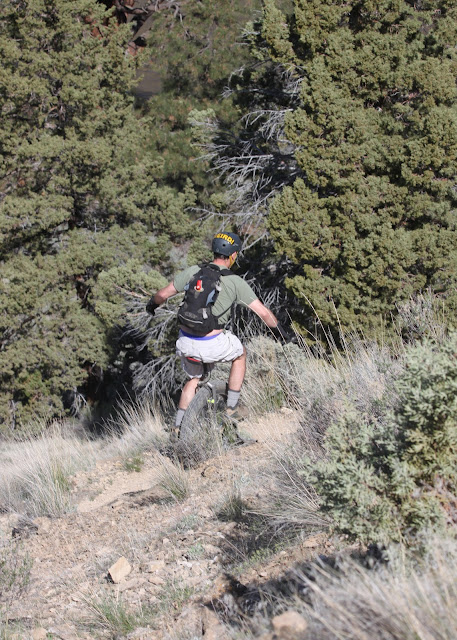 Yes, that is a unicycle, and yes we were on a steep rocky trail down the side of a canyon with sharp switchbacks.  Dude is nuts.

After leaving Smith Rock yesterday I saw a small falcon perched on a wire.  I was hoping for something good and was disappointed that it was just a kestrel... till I noticed it had a snack: 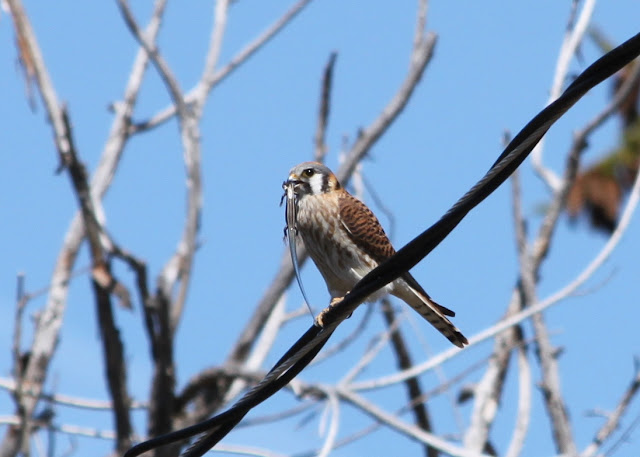 Yummy.  I drove down to Sisters and decided to camp at the same campground where I've stayed before, Cold Springs.  I did lots of hiking and exploring in the afternoon but didn't have much luck.  Cold Springs Cutoff seemed to be woodpecker-free (besides flickers) but some Mountain Chickadees and bluebirds tried to make up for it. 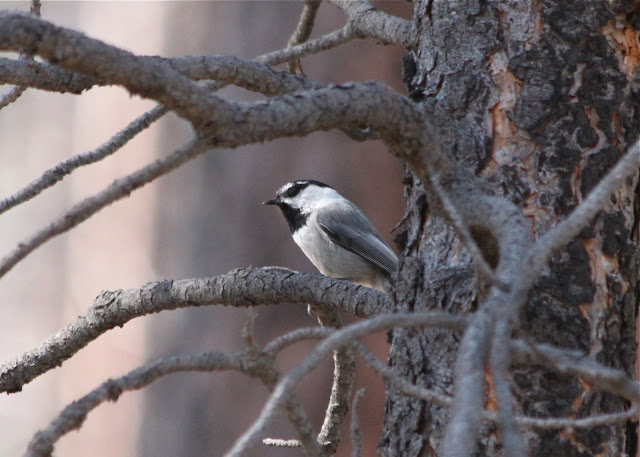 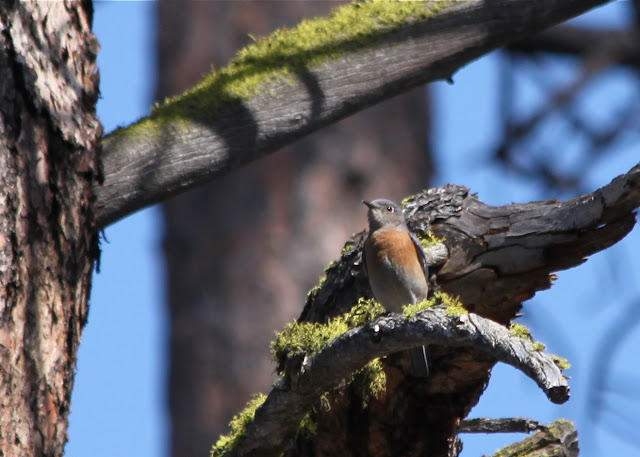 Ralph made sure I was up well before sunrise this morning so we were able to get started driving down Cold Springs Cutoff at 6:00 a.m.  We encountered a nice herd of elk and a Townsend's Solitaire (not pictured): 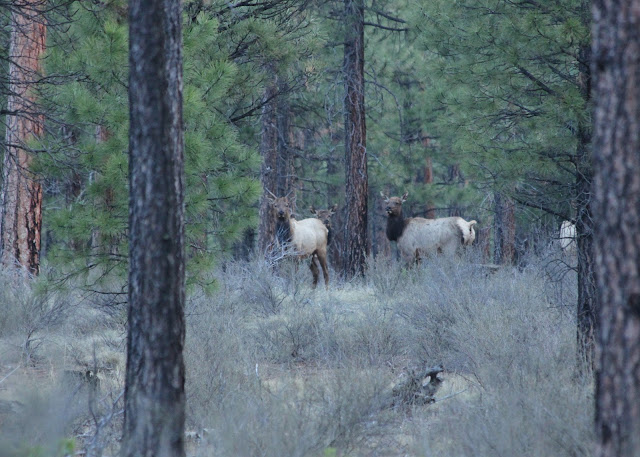 After walking the dogs around away from the elk herd I headed into town for some convenience store coffee.  As I was walking into the store I heard a Pinyon Jay, which was perfect because I planned to try to find them after I acquired my fix. 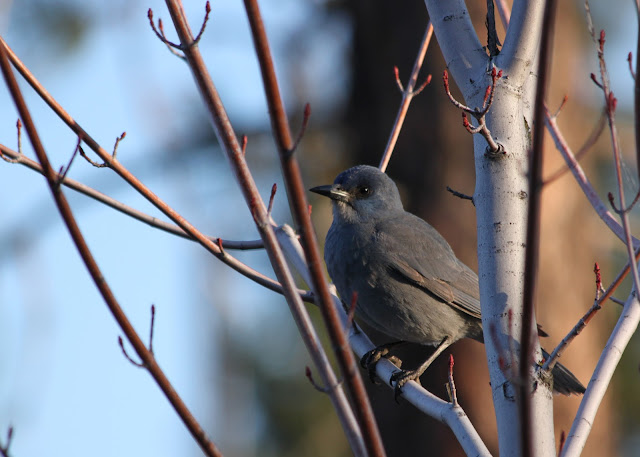 I stopped by the Best Western to check their feeders before heading out of town.  I am glad I did because the area was smothered in Evening Grosbeaks, a bird I have much trouble finding despite their regularity at many Portlanders' feeders. 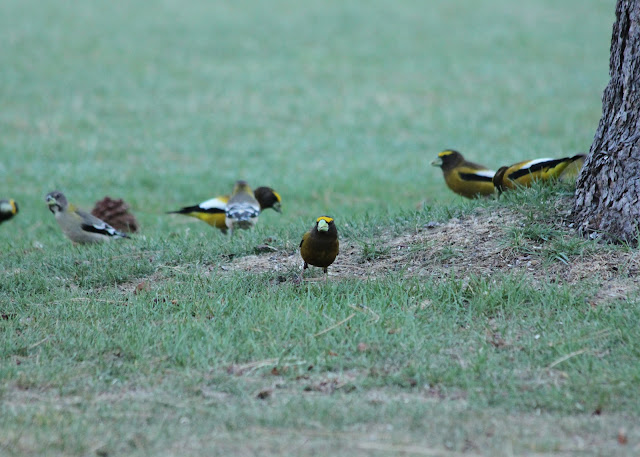 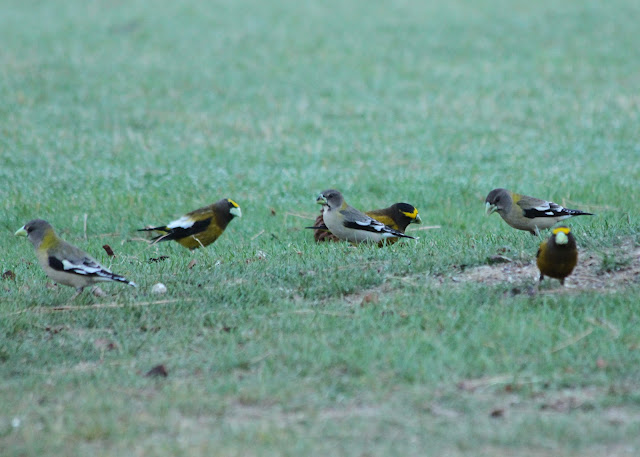 On the feeder itself were a couple of finches which I had assumed were both House Finches.  Now looking at the photos, the male was definitely a House Finch but the female actually looks like a Cassin's.  Thoughts? 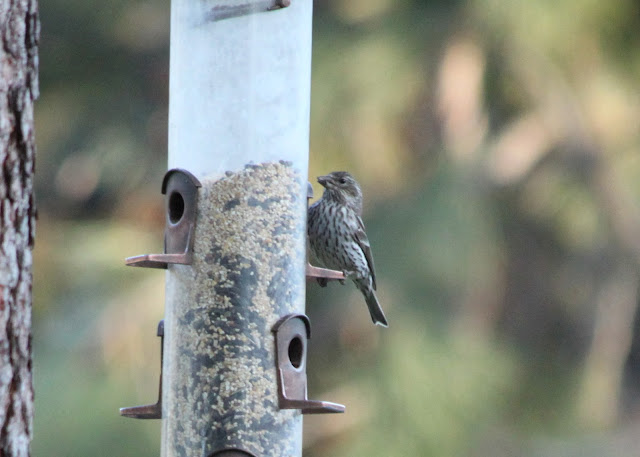 Lastly, on my way home from Smith Rock today I spotted a couple of Swainson's Hawks perched near the highway... 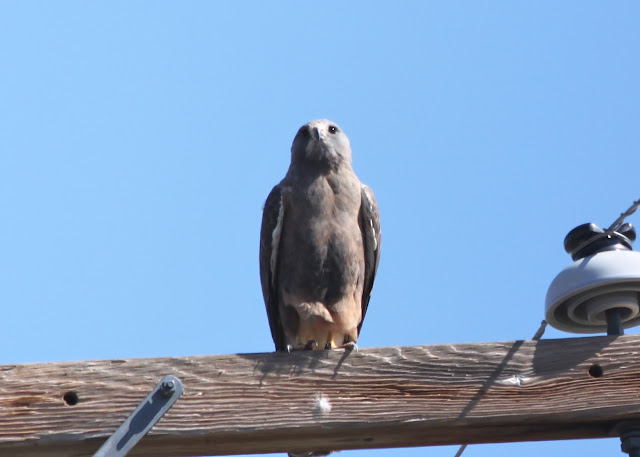