on April 13, 2012
Yesterday morning I took the dogs for a long walk along the dike trail at Steigerwald Lake NWR.  The first birds I was psyched to see were three Purple Martins checking out some of the gourds. 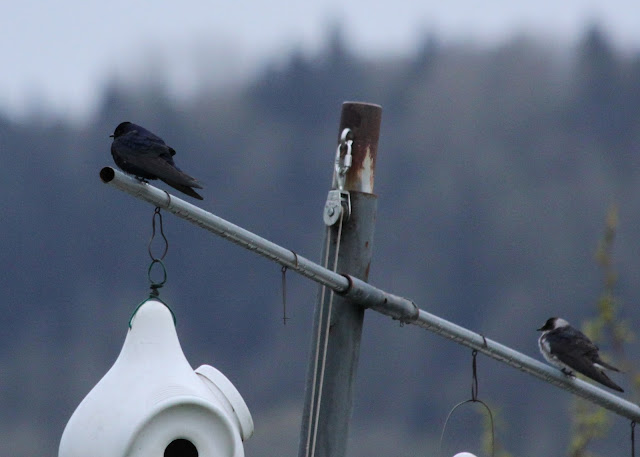 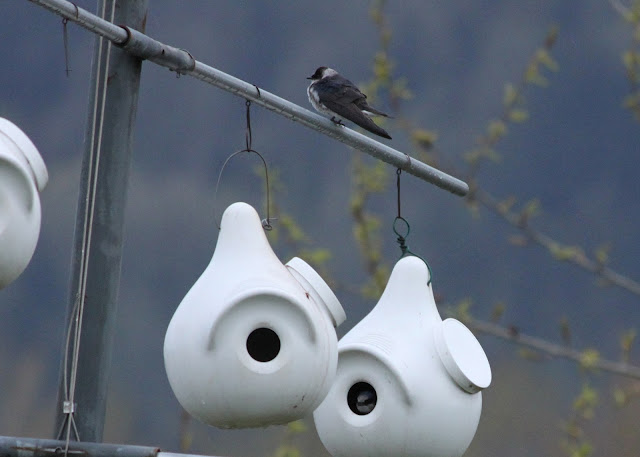 The rain picked up for most of the walk to the end of the trail, but on the way back the sun came out and I found a few Western Meadowlarks... 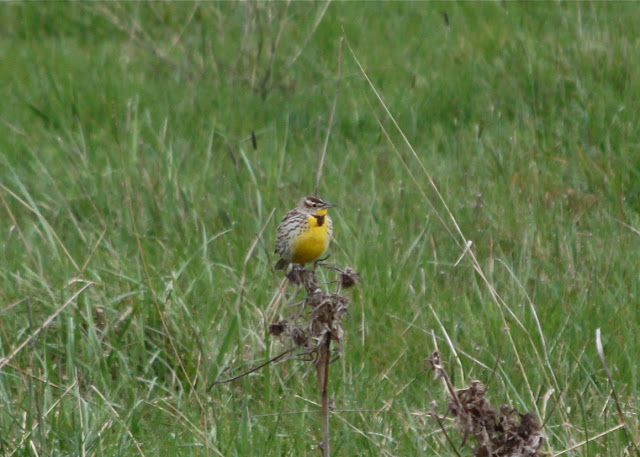 There are a few old barns along the trail as well as a corral kind of thing... 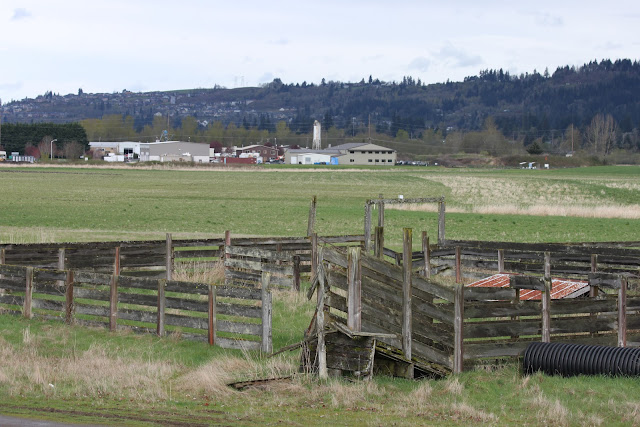 A couple of Mallards flew up from behind the corral and I raised my bins to look at them and found the recently reported Loggerhead Shrike perched on the fence! 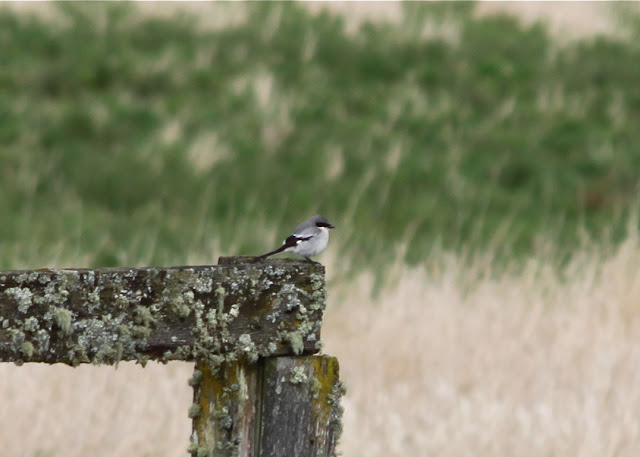 Awesome!  This bird make up for the complete lack of phoebes and bluebirds.  Along the Columbia River were scattered clusters of Caspian Terns making their way eastward.  Once in awhile I would have my back to the river and get startled by one of them squacking (sqwacking? squawking? Why the hell can't I spell that word right now??).  Anyway,  I am glad they are back! 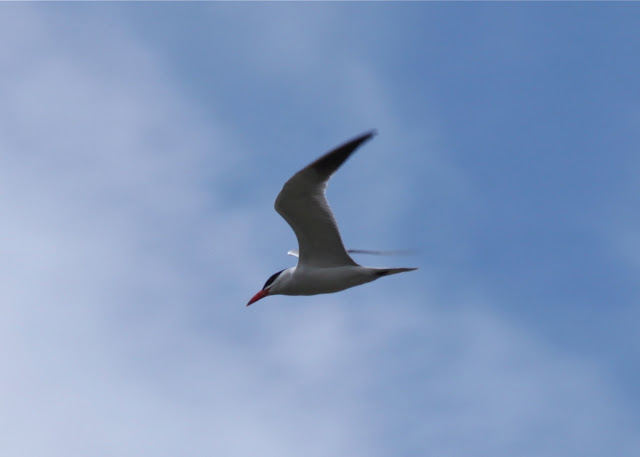 I made my way back to the gourds where I had seen the martins and found they (and the nearby nest boxes)  were overrun by Tree Swallows.. 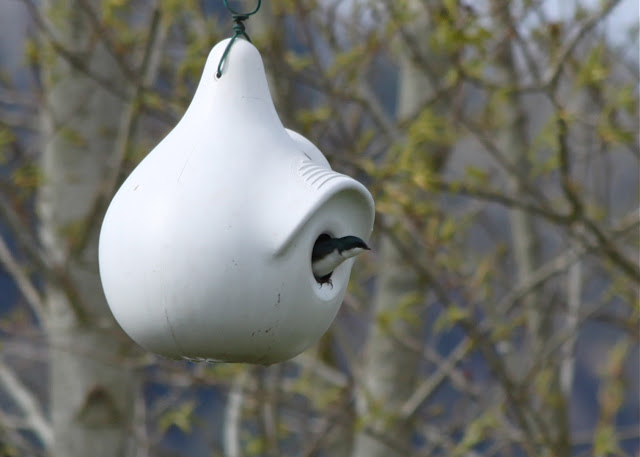 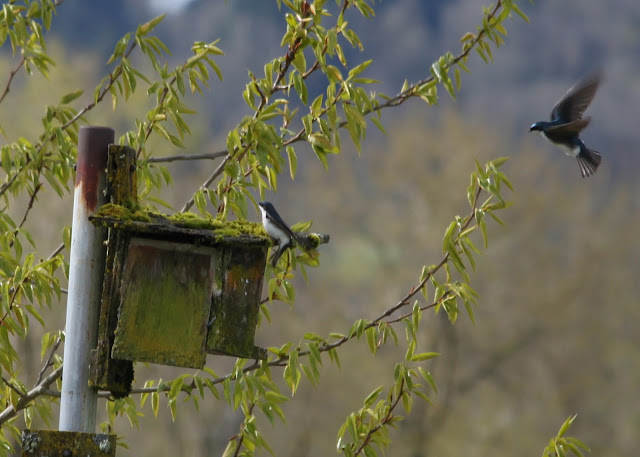