on August 11, 2012
I wasn't planning on going back up to Ridgefield this morning, but I could not resist tracking down the American Avocet reported yesterday.  I found the bird easily (woohoo!) and lots of other fun stuff too. 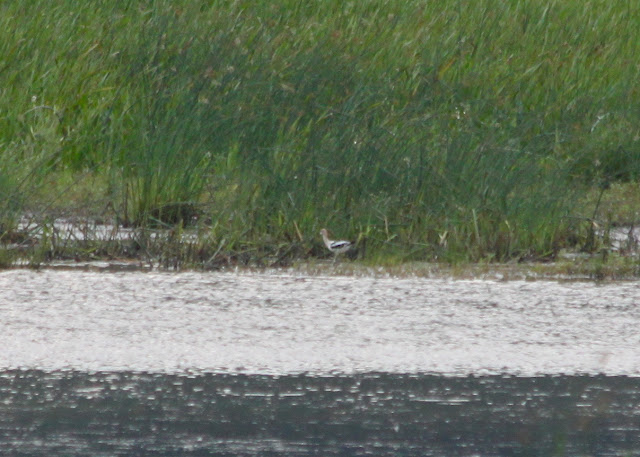 I've seen tons of avocets before, but never one at Ridgefield, or even in Washington.  So that was cool.  There were other shorebirds around, of which I got even worse photos.  Except for these two Spotted Solitary Sandpipers: 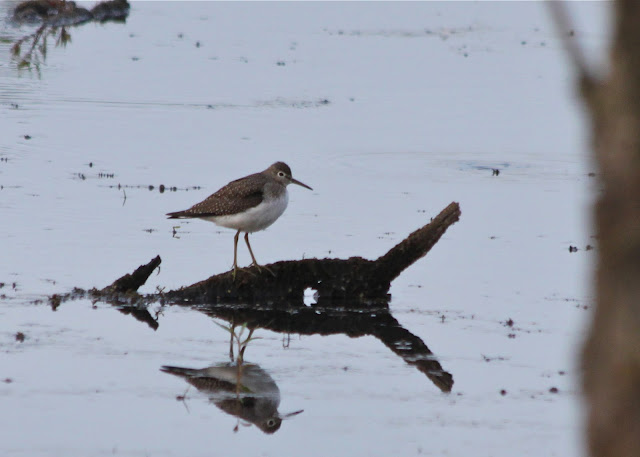 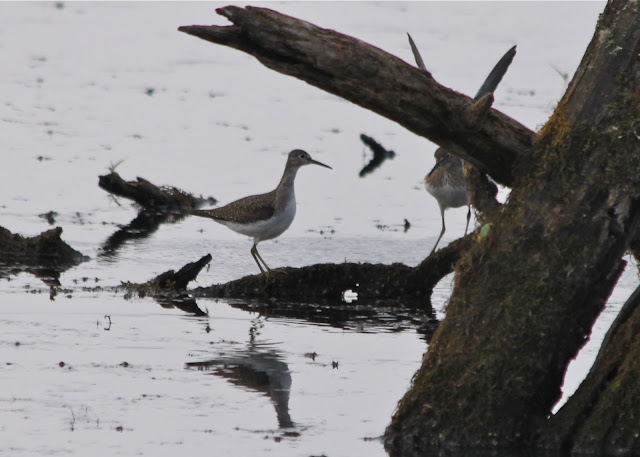 The trees were no longer filled with egrets on this trip.  Where did they go?  There were plenty of herons to make up for them. 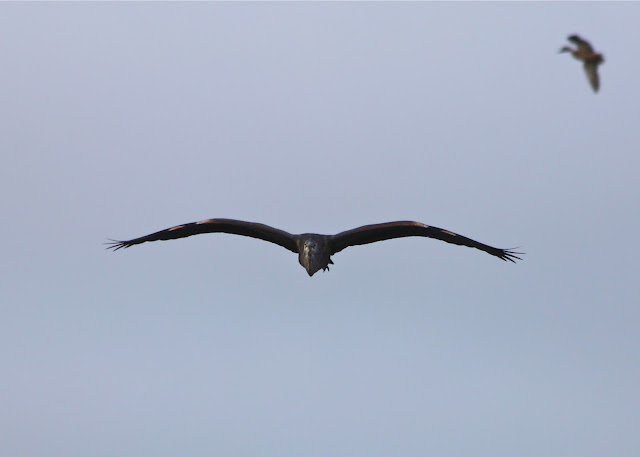 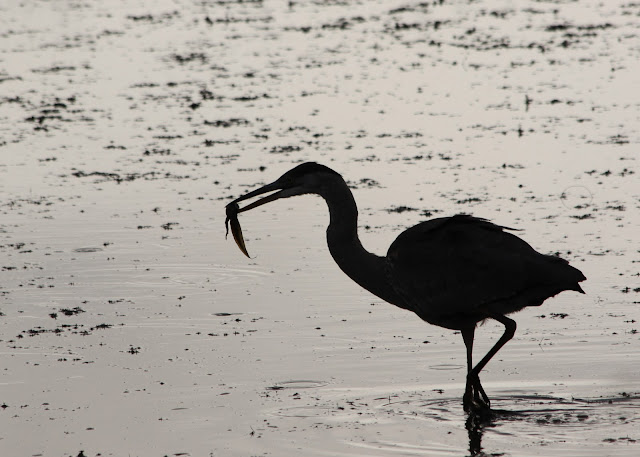 Apparently it's the season for tadpoles... 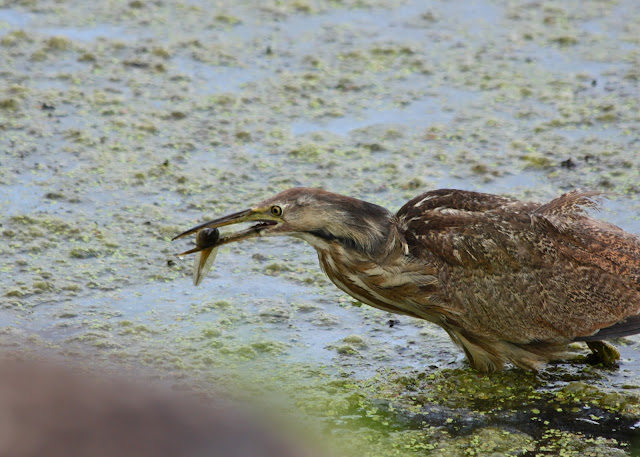 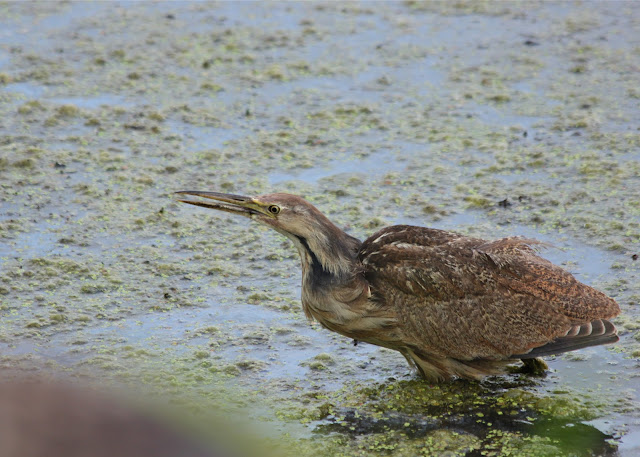 It was a fun quick-ish trip to Ridgefield.  I was psyched to add the avocet to my Ridgefield list (when I make one... or does eBird do that for me?  Hmm... ).  On the way home I figured I'd stop near Vancouver Lake to walk the dogs.  We found some swallows catching some rays on a fence... 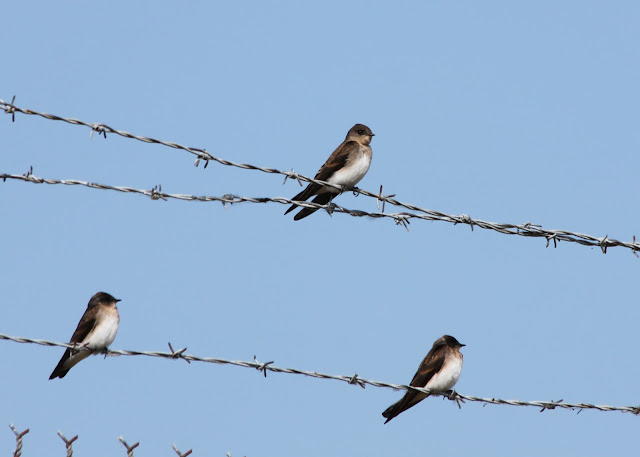 They appear to be Northern Rough-winged Swallow juveniles. 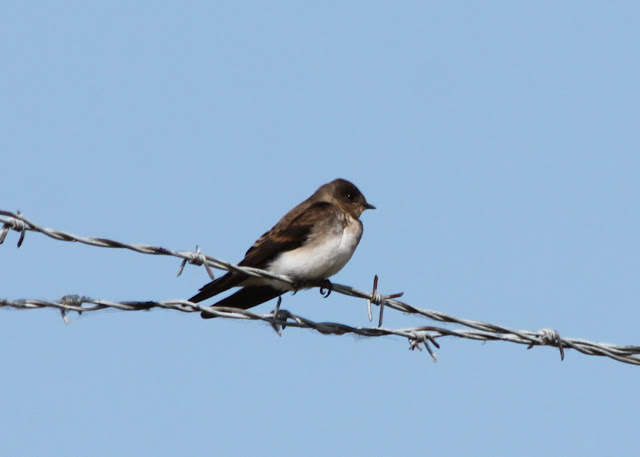