on September 16, 2012
It's no secret that I love visiting Fort Stevens State Park in Warrenton.  It's massive with tons of different spots and habitats to explore including a lake, the ocean, and the Columbia River.  Yesterday morning I started off at the South Jetty, greeted first by pelicans, and then some overhead Marbled Godwits: 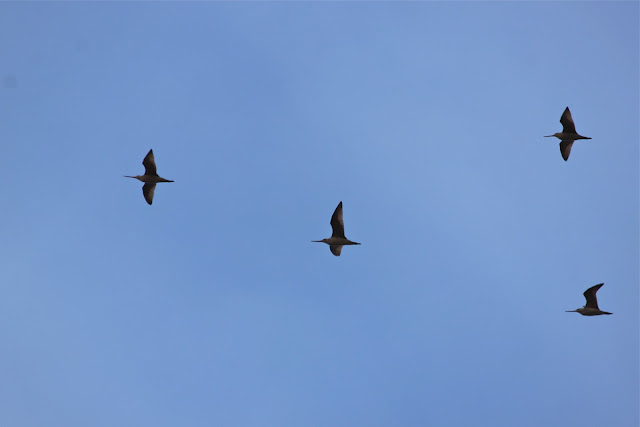 Soon afterwards a lone loon flew by- photos aren't great but I think it's the first time I've seen one in flight. 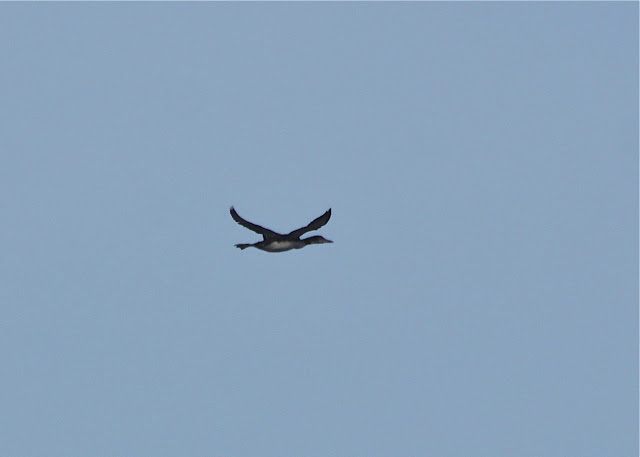 For shorebirds I only found four Sanderlings, but it was still a nice long walk along the beach.  Can't go wrong with pelicans, right? 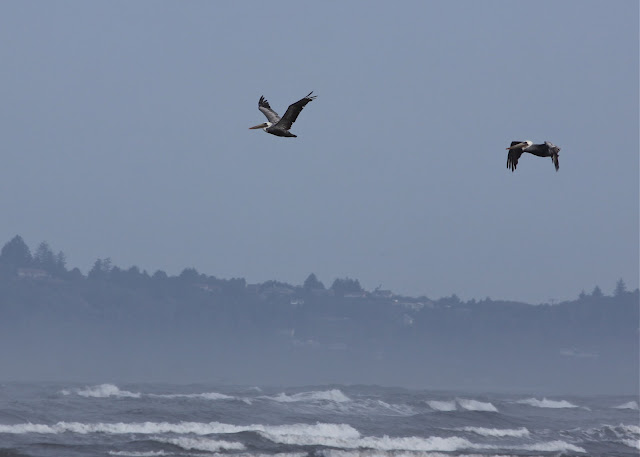 The grasses between the beach and the parking area were jam-packed with Savannah Sparrows.  I failed to find the longspur that's been seen, but that's okay. 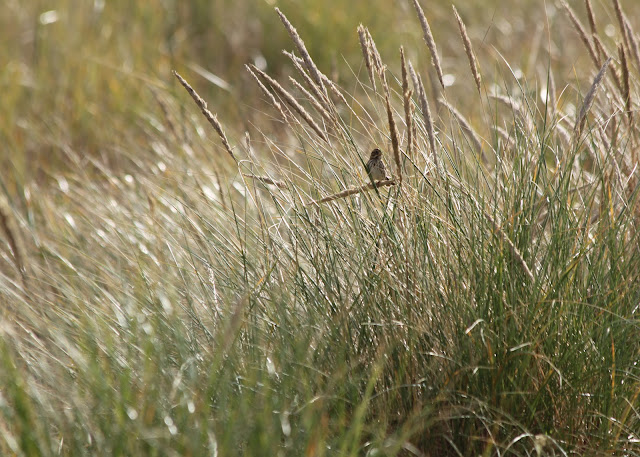 The wooded area adjacent to the parking area was filled with birds too- angry Red-breasted Nuthatches and curious Pacific Wrens mostly... 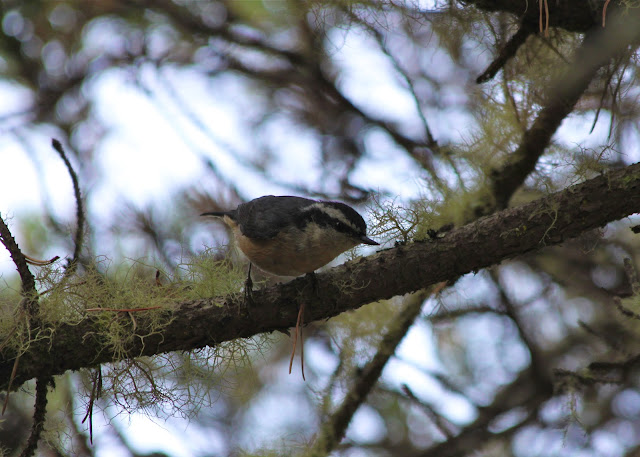 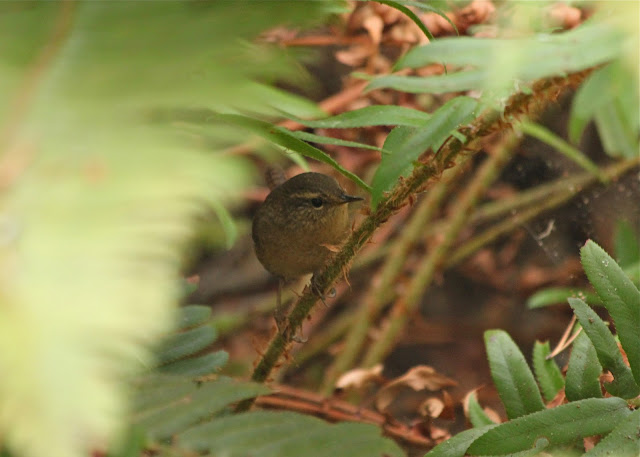 My next stop was at Parking area D on the Columbia River.  The first birds I encountered were these three sandpipers: 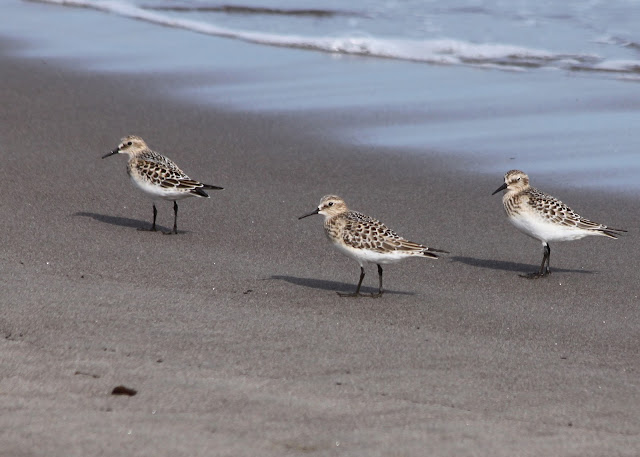 My first impression was that they seemed taller than Westerns with longer wings.  They had a lot of coloring on their breasts which also seemed interesting.  I want to call them Baird's but am nowhere near positive.  [I just got confirmation that they are indeed juvenile Baird's Sandpipers- yay lifer!!]  Here they are from another angle: 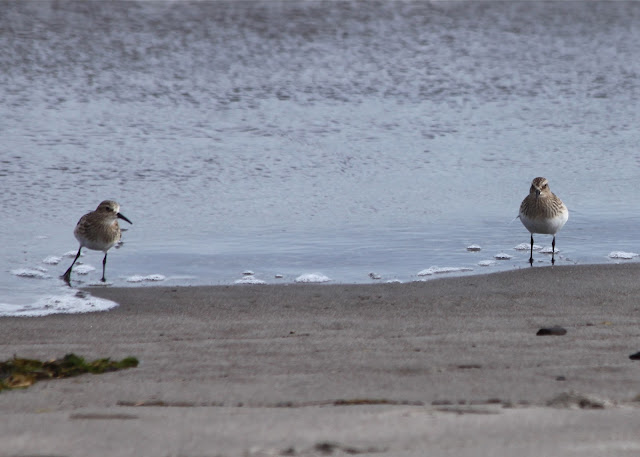 Along the beach were more Sanderlings and a small collection of mostly California Gulls and one lone Caspian Tern.  The only one I saw all day. 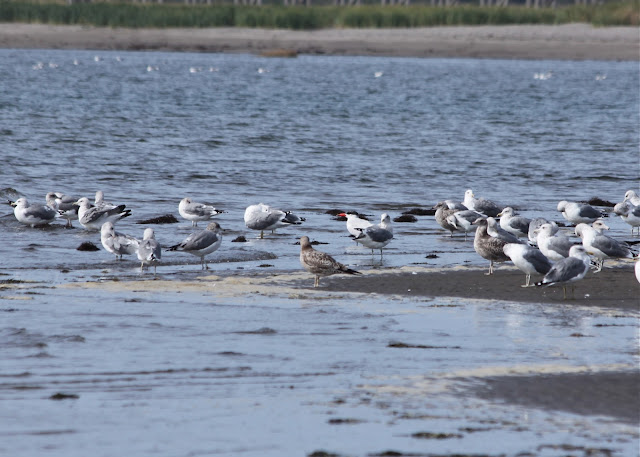 The last birdy stop we made (after uneventful stops in Hammond and the Elmer Feldenheimer Forest Reserve) was at Seaside Cove.  Here I found the usual gulls including a bunch of Heermann's Gulls. 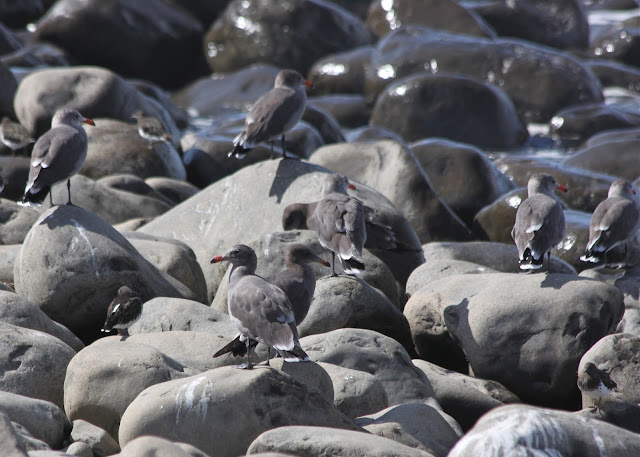 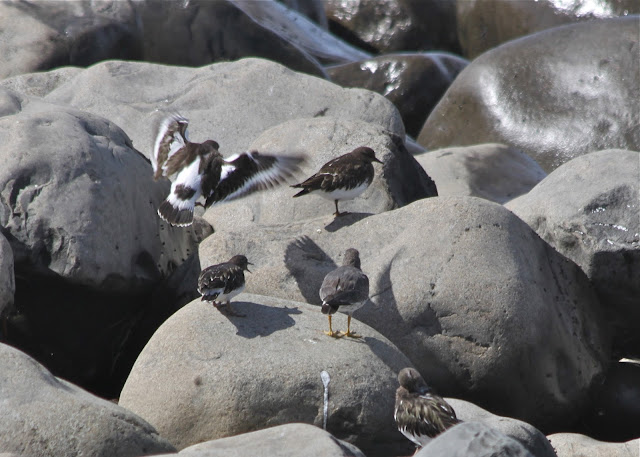 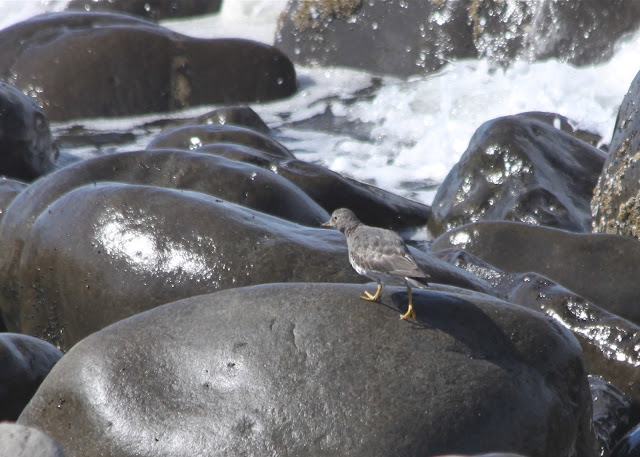