Saturday evening I followed up on a hot tip about an owl on Sauvie Island.  I got there before sunset and was treated to a rather gorgeous scene... 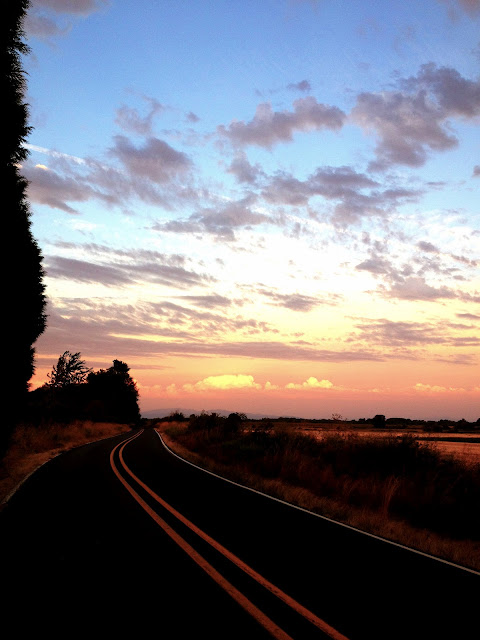 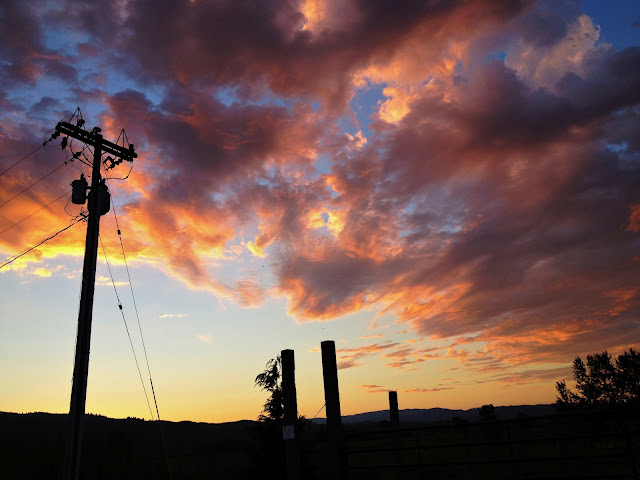 Starlings and blackbirds were swirling around in the sky, deciding where and when to call it a night... 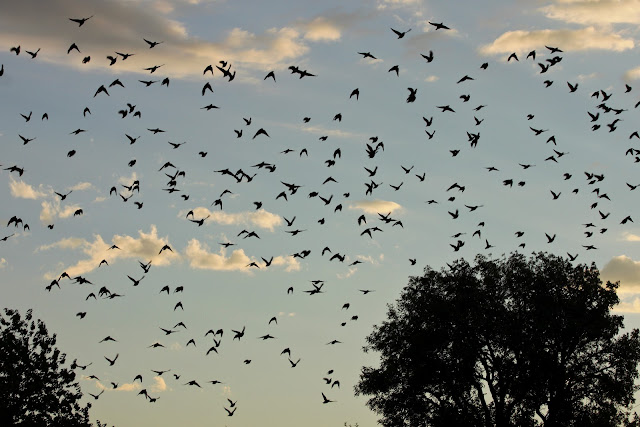 I never found the owl I was looking for, but a Great Horned Owl made a special guest appearance on a piece of construction equipment. 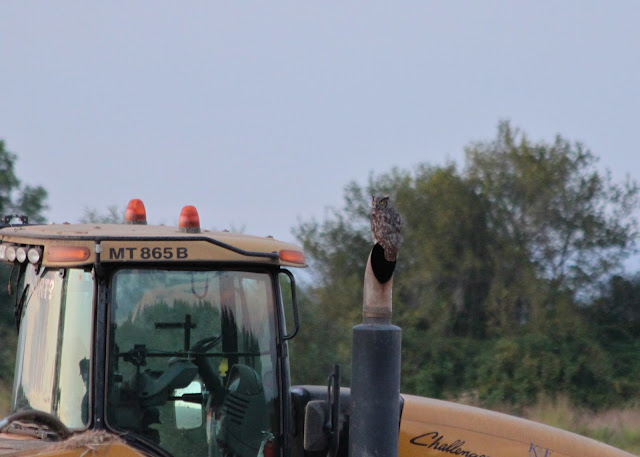 I watched him hunt in one of the fields until eventually losing sight of him in the waning light.  Pretty sweet, even if it was the wrong owl. 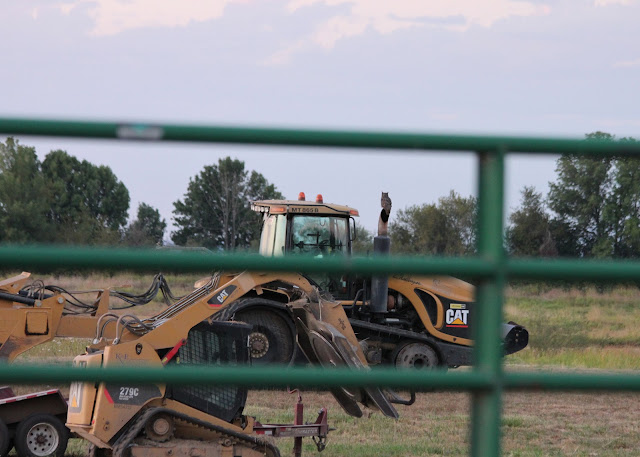 Sunday morning I really wanted to look for shorebirds, though with two dogs in tow my options were limited.  I decided on Broughton Beach but sadly only found five Western Sandpipers and oodles of Killdeer.  Other birds offered up nice views like this fancy breeding-plumaged American Pipit: 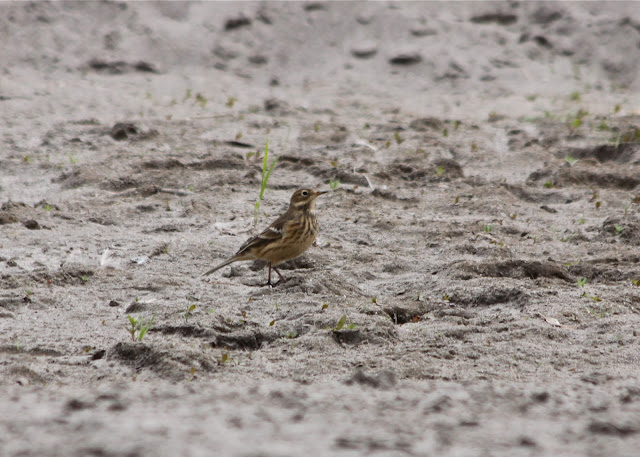 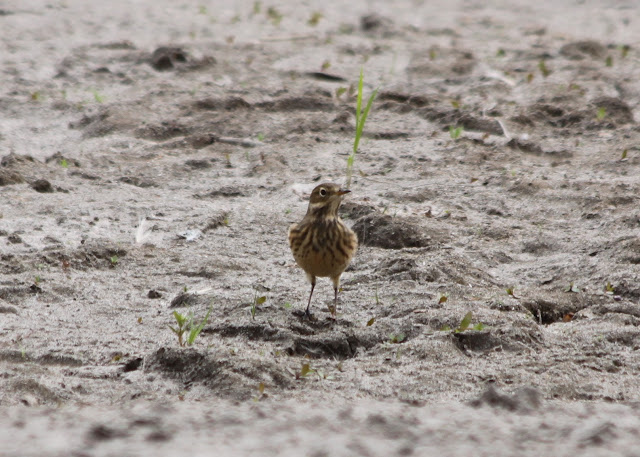 About a mile down the beach I came across a crow that appeared to be eating something.  I couldn't quite see what it was at first, but I could see that any time the crow put it down it would start walking away.  Finally I crept down closer and saw it was a crawdad! 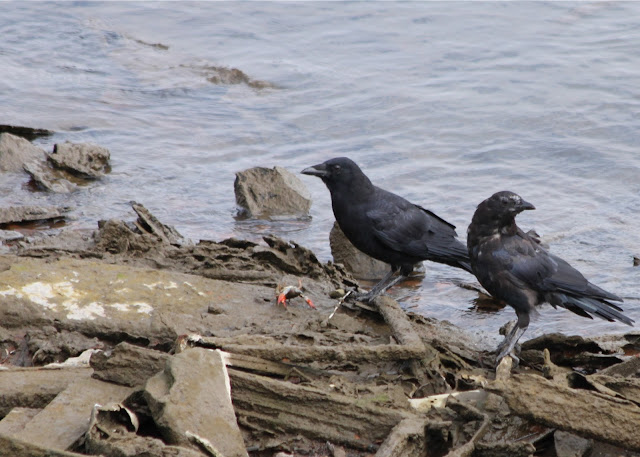 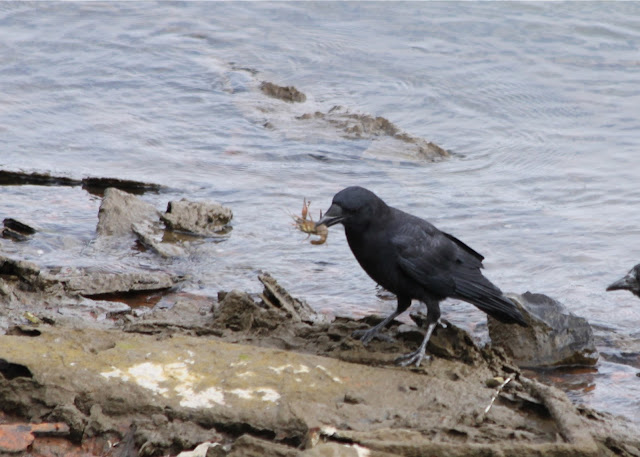 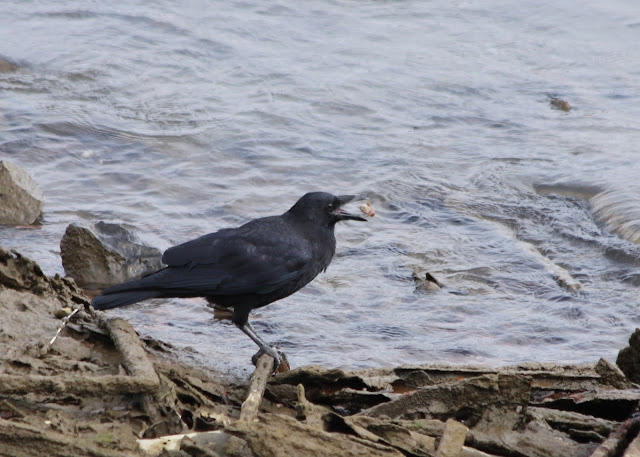 It took the crow awhile to get the crawdad situated properly, but once he did he just started ripping it apart alive.  Bad ass.

Sunday afternoon we took a walk along the Columbia Slough trail, hoping for more shorebird opportunities.  Unfortunately it hasn't dried up quite enough yet but of course there were other birds to see... Check out this bird's weird white-ish left leg: 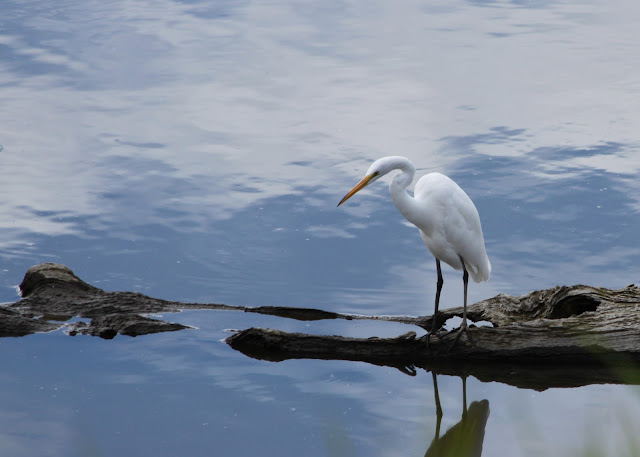 This trail is a unique one.  It's one of the few places where you can view not one but two of the world's least interesting sports at the same time! 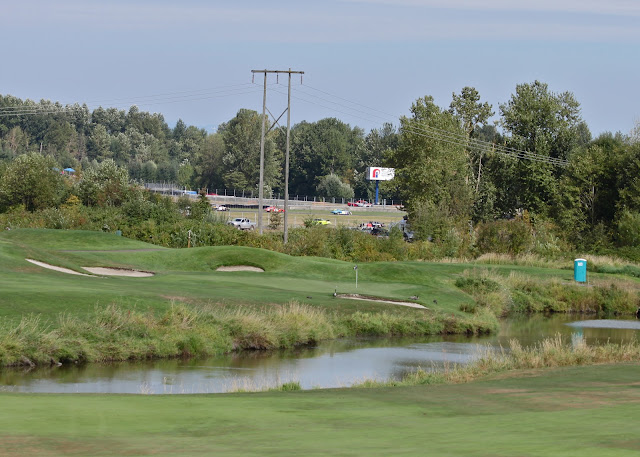 Anyway.  The best birds along the trail are the Belted Kingfishers.  I counted four in the mile and a quarter we walked, which seems like a lot to me.  A couple were not getting along- a female (mother?)  and a juvenile. 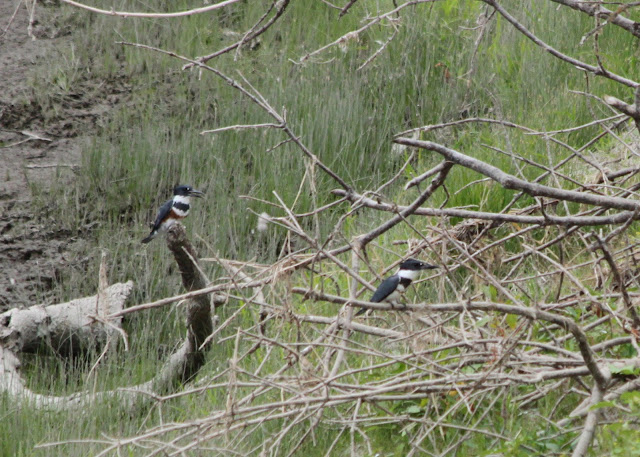 They were pretty comical- chasing each other around, screaming, battling over perches, and occasionally stopping for a fish snack. 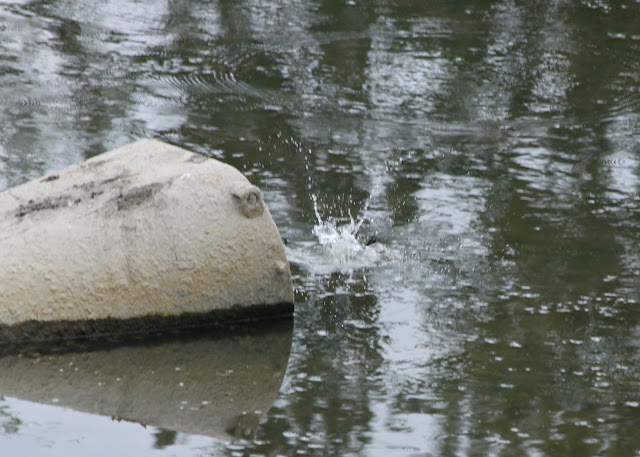 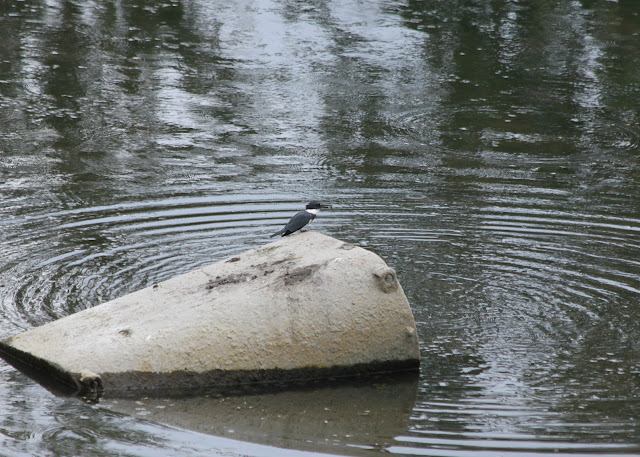 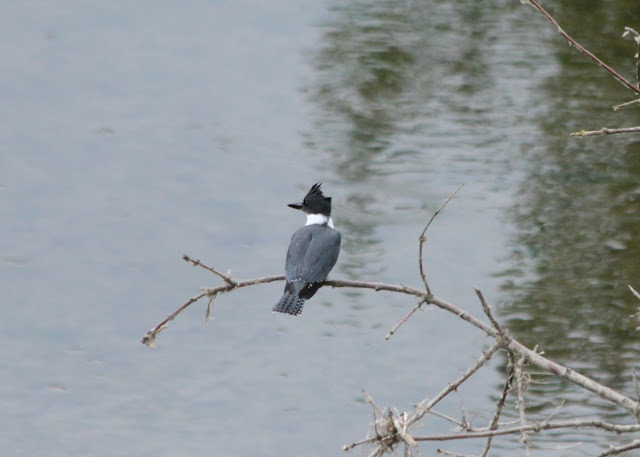 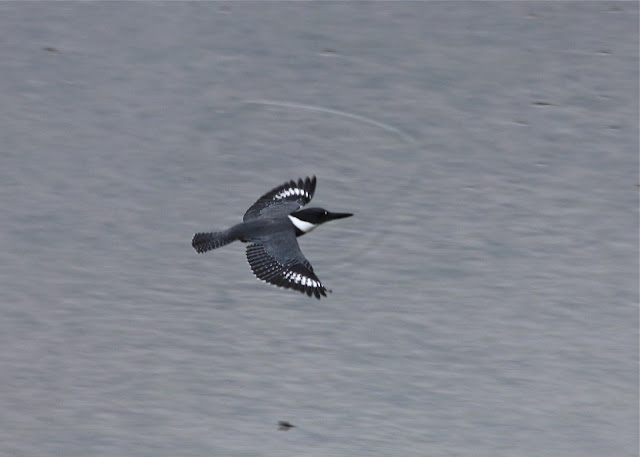