on December 30, 2012
I just returned from a week visiting my family in Massachusetts.  We had a great time and I managed to get in a lot of birding as well.  On Monday morning my brother and I went out to Plum Island where Parker River NWR is located. 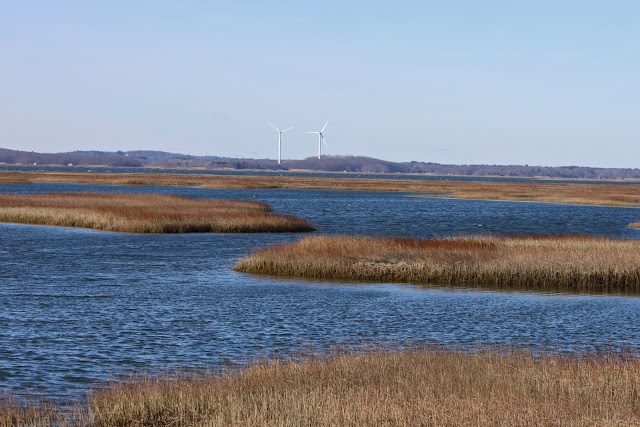 Here I found my first lifers of the trip: a pair of Razorbills swimming relatively close in on the ocean. 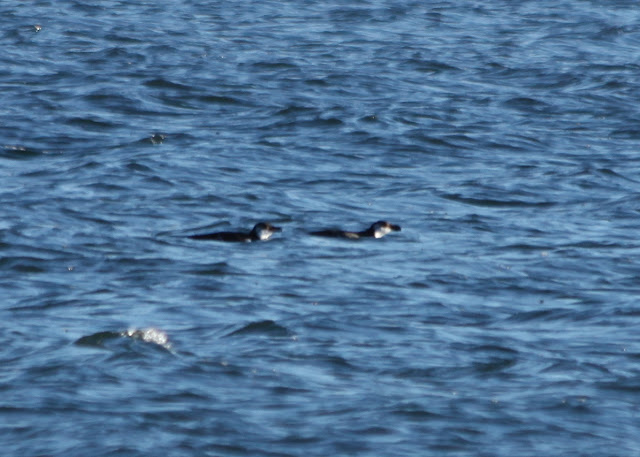 Very cool!  In a stand of trees near a bird blind were my second lifers- a flock of about twenty White-winged Crossbills!  They had very little interest in being photographed... 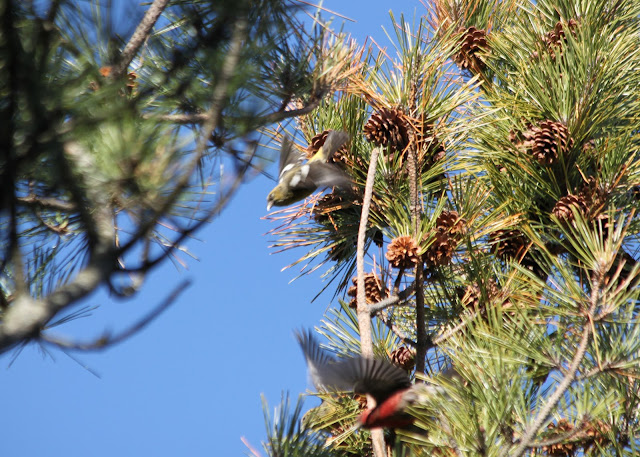 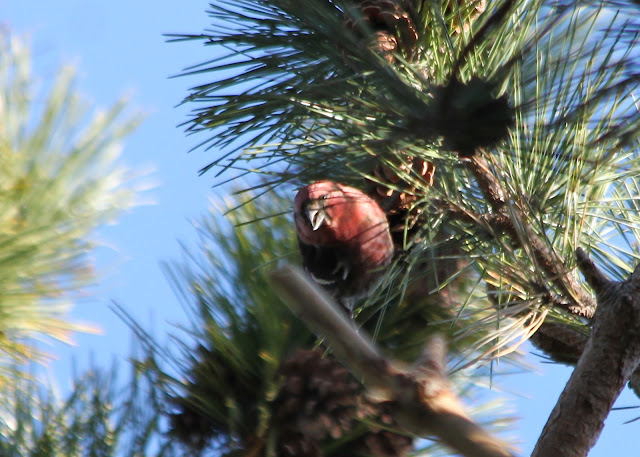 In addition to Plum Island, my brother also took me for a hike in his local park in the Boston suburbs.  We ended up near a zoo where my brother has a membership so we stopped in to peek at a few animals.  Disclaimer:  I am pretty anti-zoo and find them kind of depressing, but I do like looking at Arctic fox pups.  A lot. 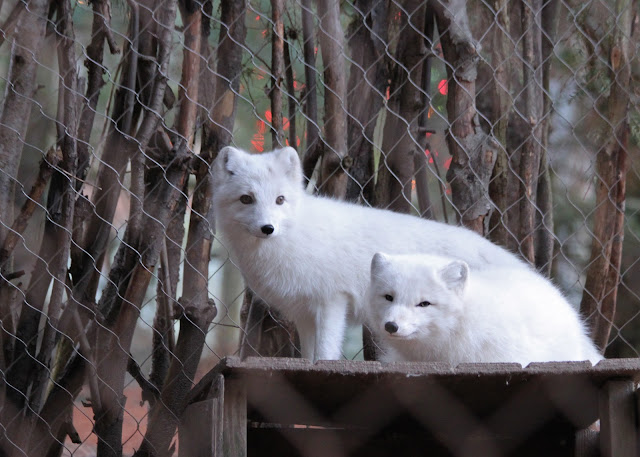 When I go back east to visit I get shuffled between my brother's house outside Boston and my parents' house on Cape Cod.  At my parents' I got to do even more birding- their yard alone attracts tons of awesome birds.  One morning I was in the middle of a glass of OJ when my dad left to pick up the morning paper.  He came back in and told me to grab my coat and my camera because the "egret" was outside.  It was actually a Great Blue Heron but still very pretty... 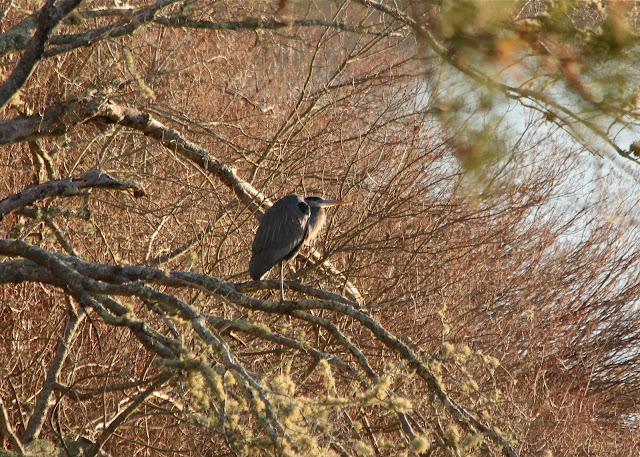 Just up the road from the heron was a flock of turkeys holding up traffic... 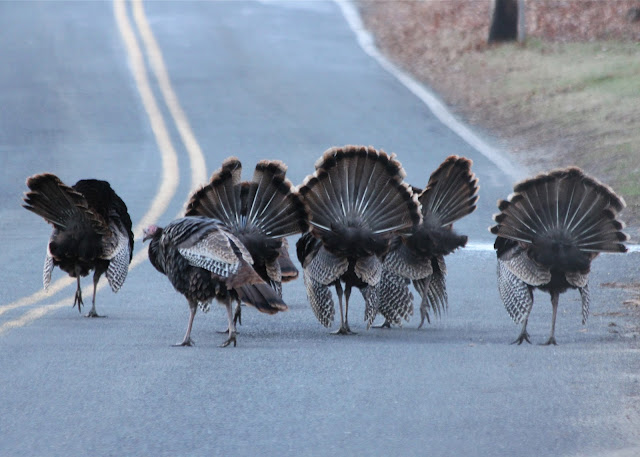 Back to the yard- my parents have lots of feeders as well as some crazy awesome bird houses my dad built, like this one: 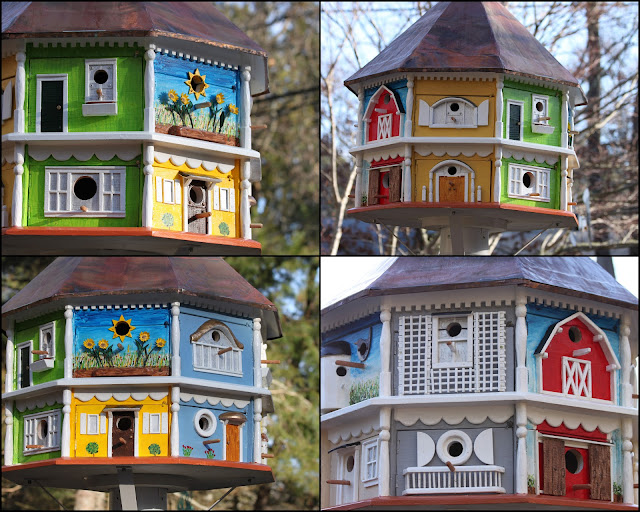 This is all the same birdhouse from different angles- it's huge and amazing.  My dad also carved his first bird recently- an American Avocet: 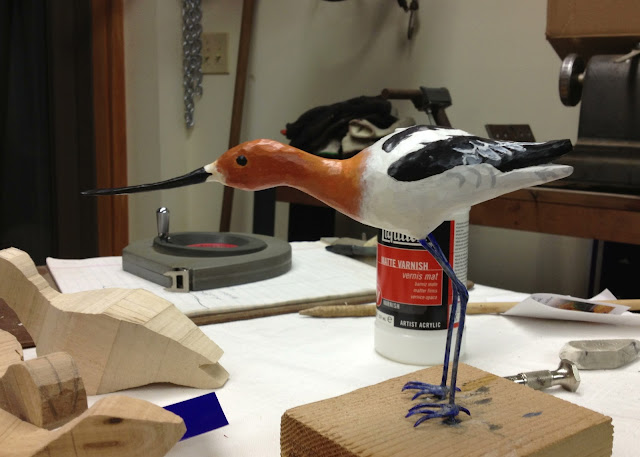 He's working on a Whimbrel next- how cool is that?

One morning I was looking out the window with my mom and she pointed out a bird on a branch.  I could tell it was quite yellow but it took off as soon as I got my bins on it.  Luckily it just flew over the house to the tree in the front yard.  It was another lifer- a Pine Warbler! 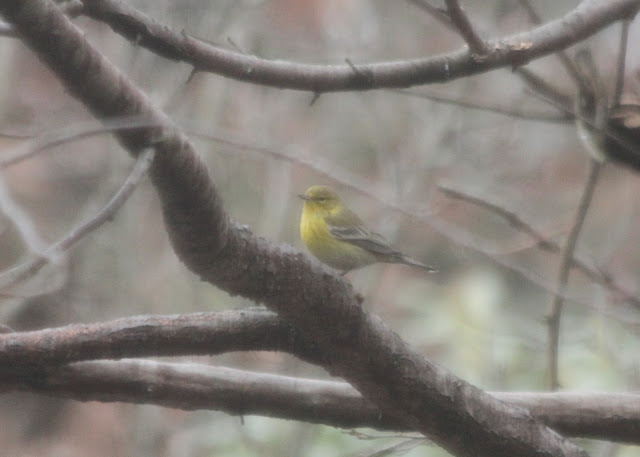 Taken through a screened window, but still awesome.  Here are some more nice yard birds... 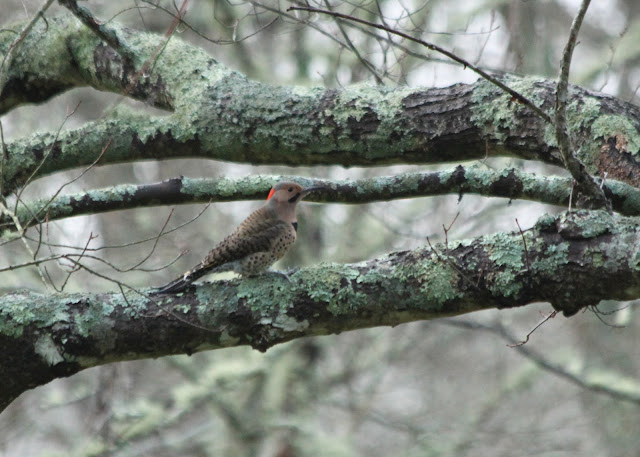 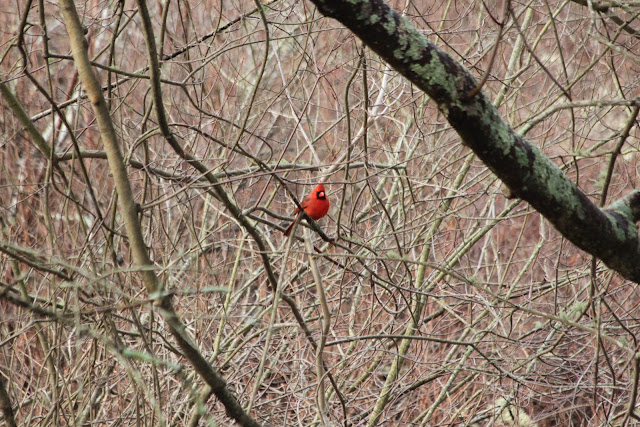 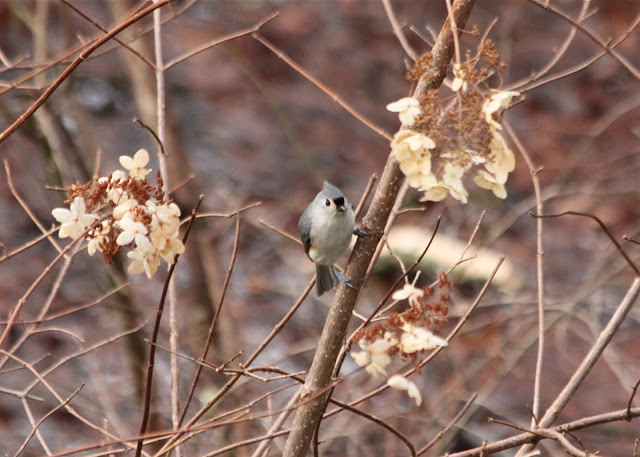 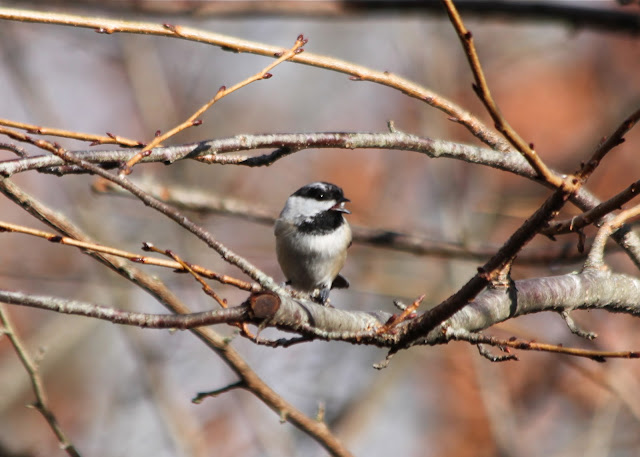 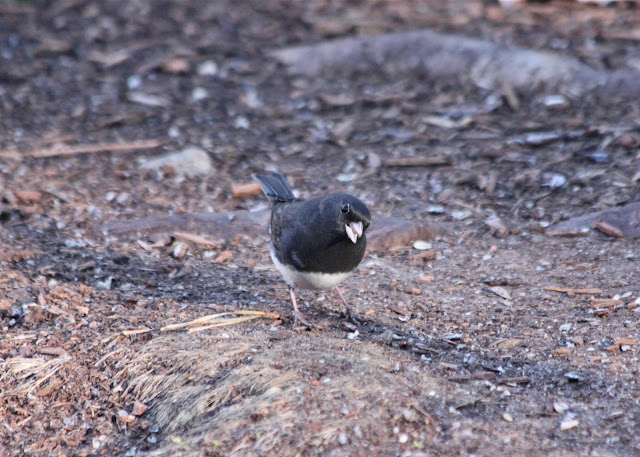