on December 10, 2012
I totally lied to you.  I told you I saw a beautiful Rough-legged Hawk at Ridgefield yesterday.  Well, it wasn't sitting right with me.  I remembered when it flew it didn't have those dark patches underneath like it should.  In fact, the photos I have show a similar pattern to a light morph Harlan's hawk (aka a Red-tailed). 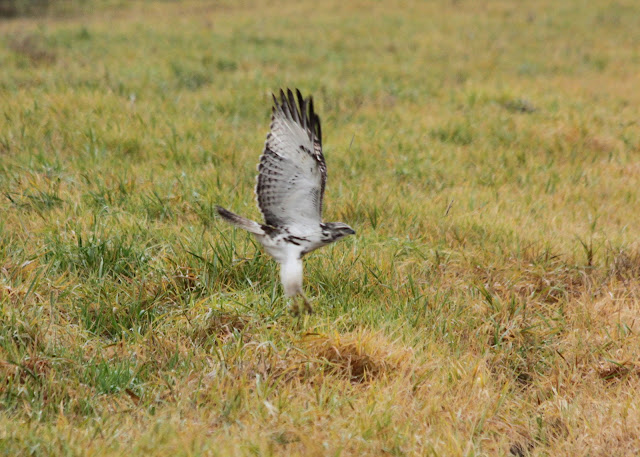 I sent some photos out for verification and yup, it's the Red-tailed.  Still a cool bird!  Just watch out if you go to Ridgefield and think you're seeing a Rough-legged!

Now onto Broughton Beach this morning... I figured I'd walk the dogs and see what turned up. 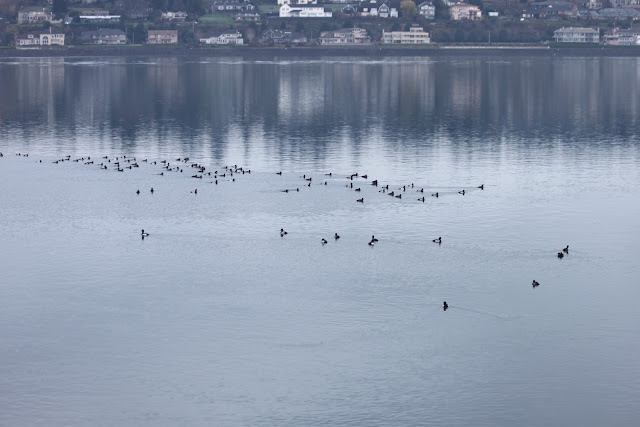 Oh right, there's been a Tufted Duck reported in this scaup flock for weeks now.  You may recall the last twenty times (over the last 3 winters) I have tried to pick out a Tufted among the scaup at Broughton Beach.  You may also recall that I failed every single time.

But today... Today was special.  The scaup were close to shore.  I felt like I had a fighting chance.  I tucked the dogs' leashes under my foot and started scanning.  Then I noticed a few birds off on their own, even closer to shore... 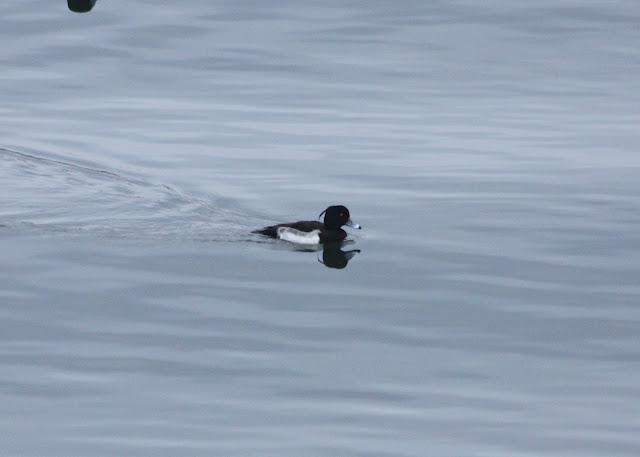 Boo ya!!!  Finally!!  I feel like I can rest easy now, Oregon Tufted Duck has been slain!  Metaphorically, of course.

I noticed another bird in the back of the scaup flock that was not a scaup.  It was scratching itself and would not sit still so at first I thought it was a grebe.  Then I thought maybe a Ruddy Duck.  Then I started trying to turn it into a scoter.  Another birder showed up and he asked if it was a Ruddy or something else.  We debated.  A third birder showed up and we debated more.  Turns out, it was a female Black Scoter! 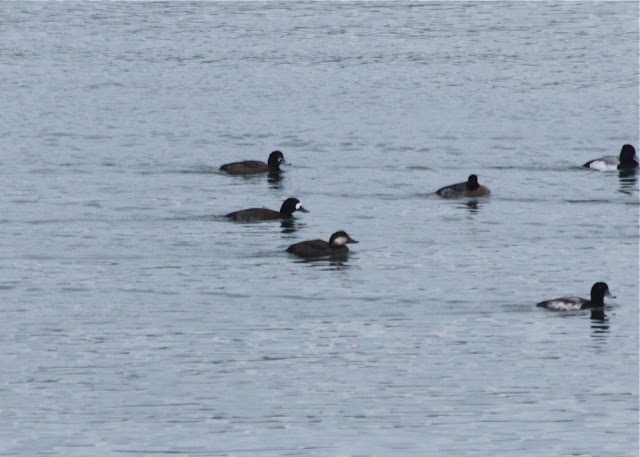