This afternoon after work I took the dogs for a nice long walk up to the Columbia River.  We passed under the Glen Jackson Bridge (aka the I-205 bridge) and found this choice graffiti that gave me quite a chuckle.  For those that don't know, 503 is the local area code for most of northwest Oregon.  We moved on to study a dead raccoon just up the path... 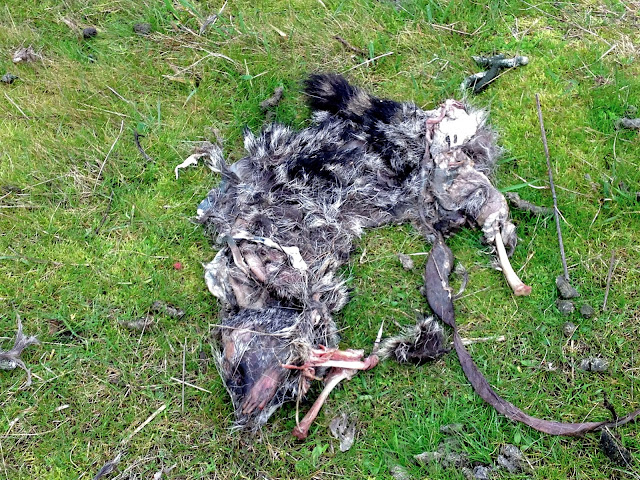 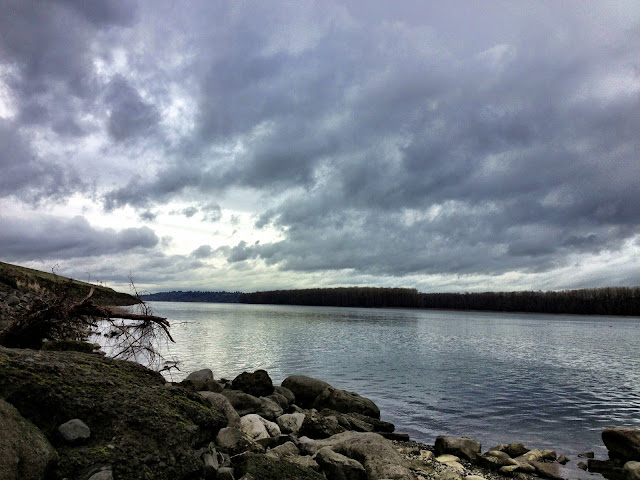 I figured it was a good spot to turn around and head back towards home.  As we were walking back towards the bridge something on the ground caught my eye.  A Bald Eagle!  Eating the dead raccoon!  In front of the "503 till i die" graffiti! 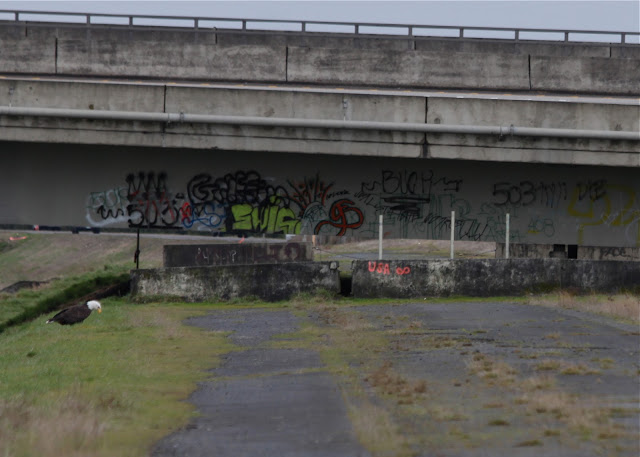 Unfortunately the eagle and its dinner were standing between me and home.  To the left was the Columbia and to the right was Marine Drive.  After watching for awhile I had to start walking, and the eagle took off with a good chunk o' 'coon. 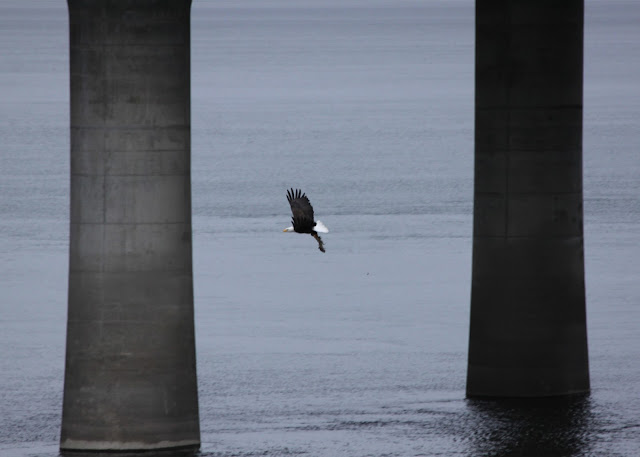 I thought that was the end of it but the eagle banked south suddenly, heading right towards me. 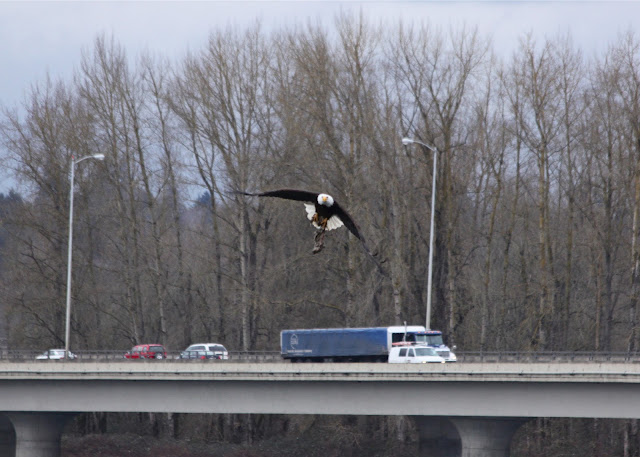 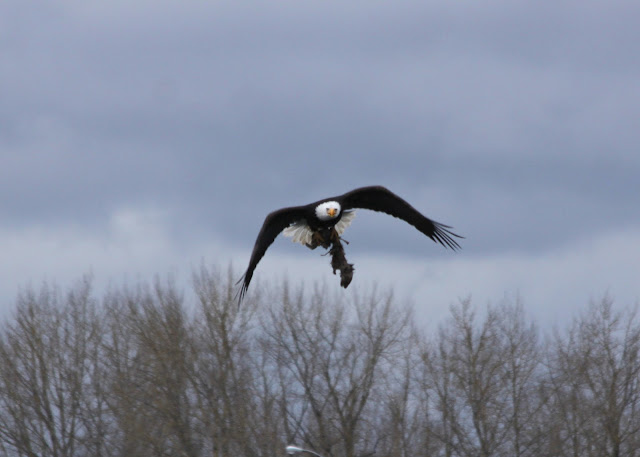 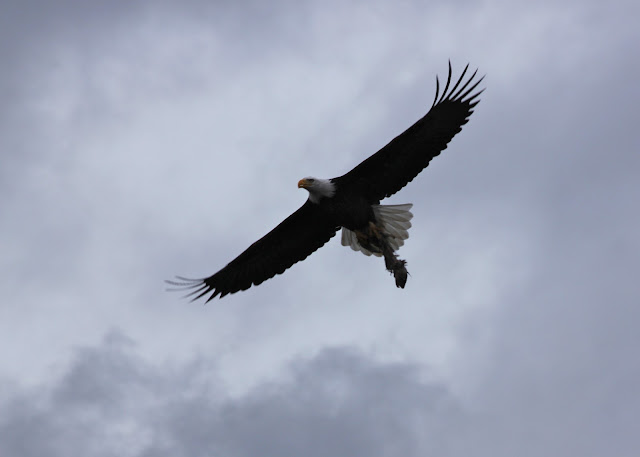 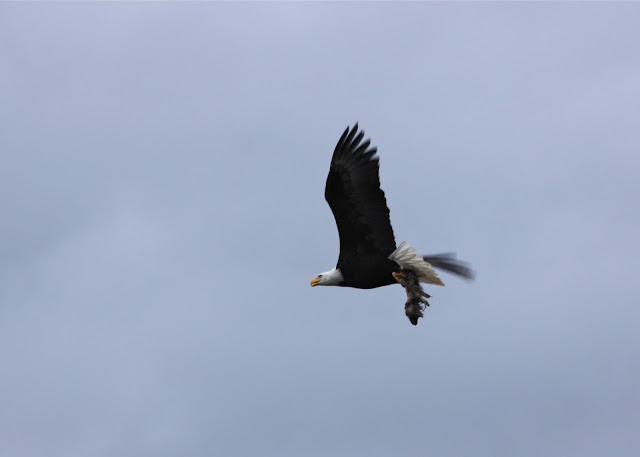 The eagle flew south over Marine Drive and landed in some trees.  There were only scattered pieces of fur and bone left on the ground.   Oh and ten feet of entrails laid out in a straight line.

Such an awesome encounter!  I added three birds to my motorless list on this walk too.  Good times!!
Bald Eagle