Ok, get ready for the last batch of photos from my California trip.  I will start with a bird from a park not far from my friend's house in Pacifica.  It looked like a regular old Chestnut-backed Chickadee at first: 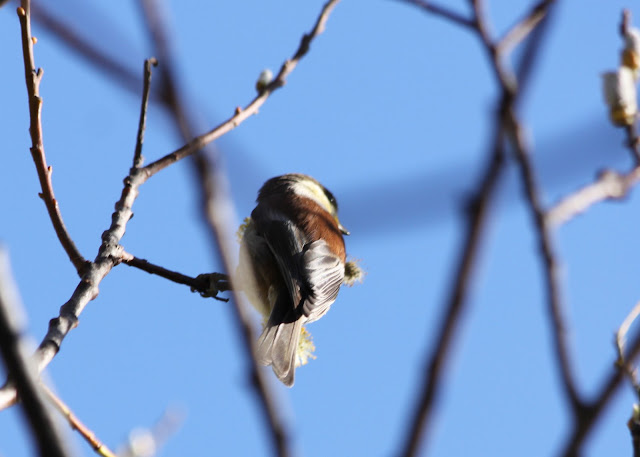 But views of its flipside showed it is obviously a Yellow Warbler X Chestnut-backed Chickadee hybrid. 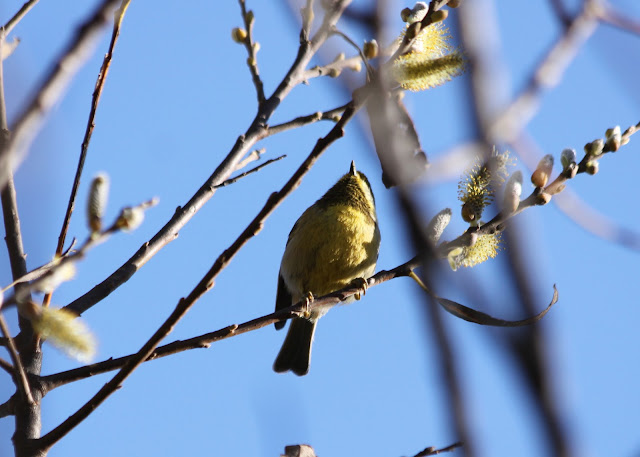 Kidding, christ, calm down.  It was just covered in flowery polleny stuff.  This park also hosted a bazillion Wrentits, only one of which did I get to see a tail flash from.  California Towhees were less secretive. 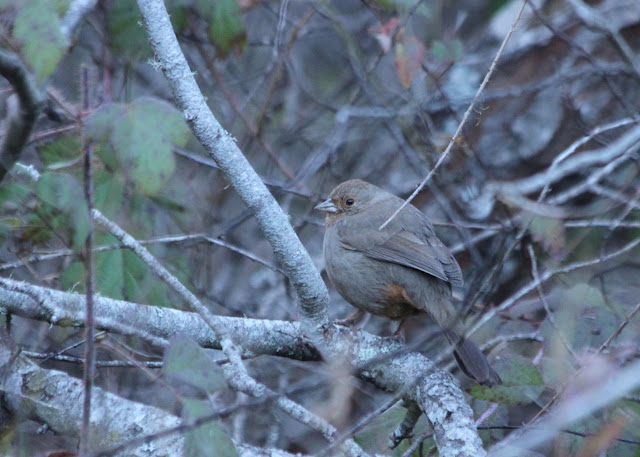 Monday we spent the morning at the Baylands Nature Preserve in Palo Alto.  My last visit there was great fun- I had just started birding and most of the birds were life birds, though I didn't know what "life bird" meant yet... 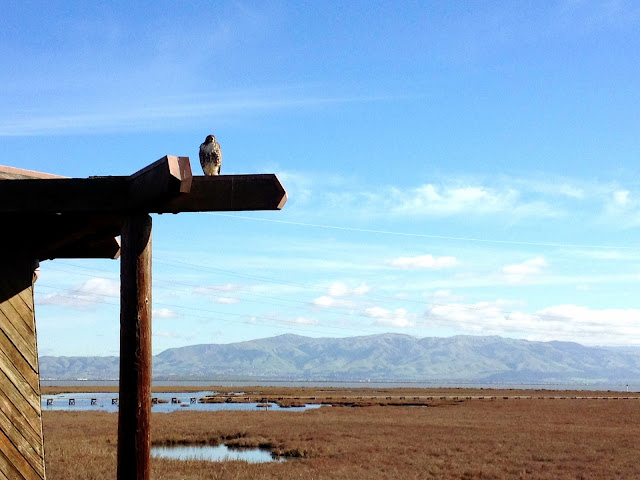 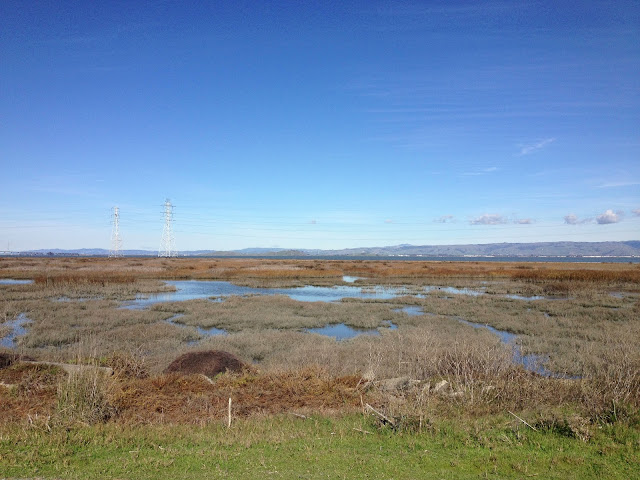 It's always nice to see avocets and stilts close up. 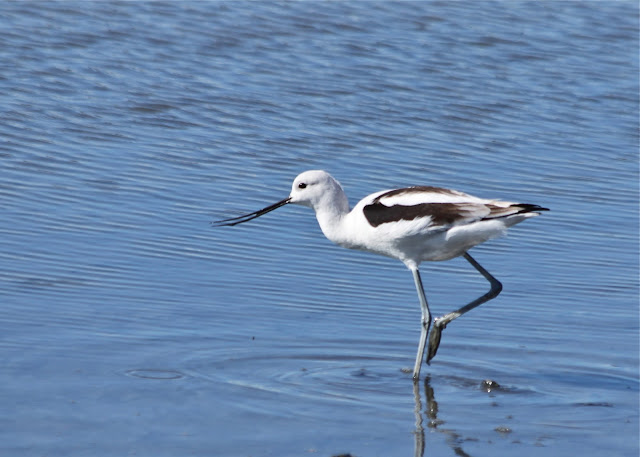 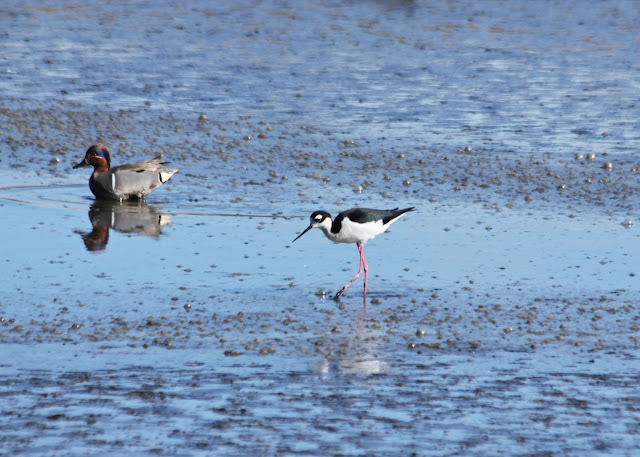 A couple of Long-billed Curlews kept their distance... 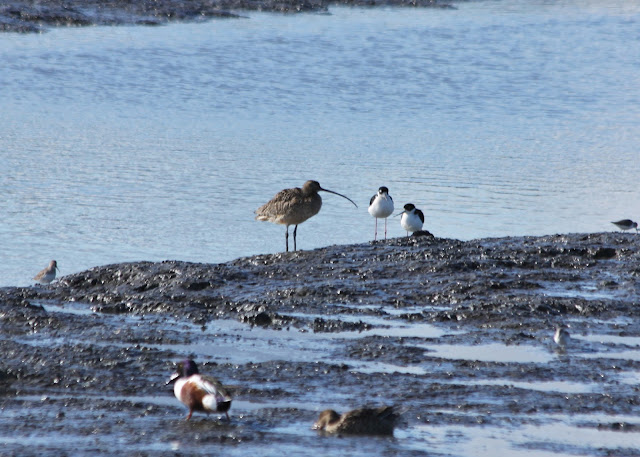 In the pond next to the visitor's center a Snowy Egret was plucking out snacks between stoic poses. 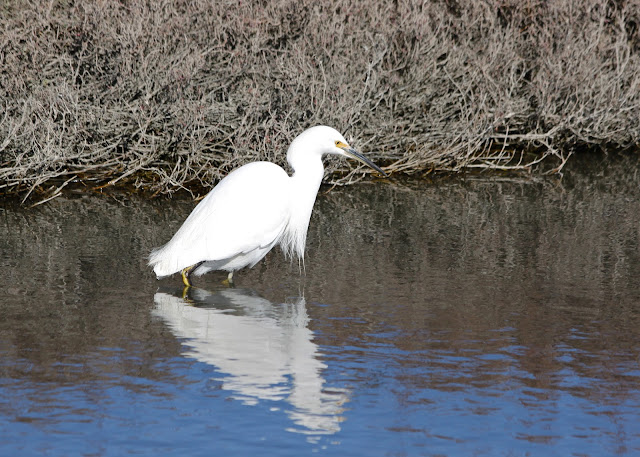 There's a large pond/fountain thing at the preserve that attracts lots of gulls and ducks, including this Ring-billed Gull rocking a faux mustache. 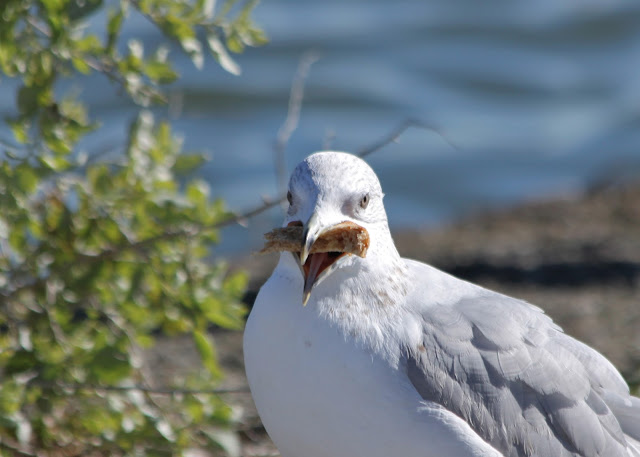 From the trail around the pond/fountain thing we could see a small group of large shorebirds, all tucked in making their identities difficult for me to determine. 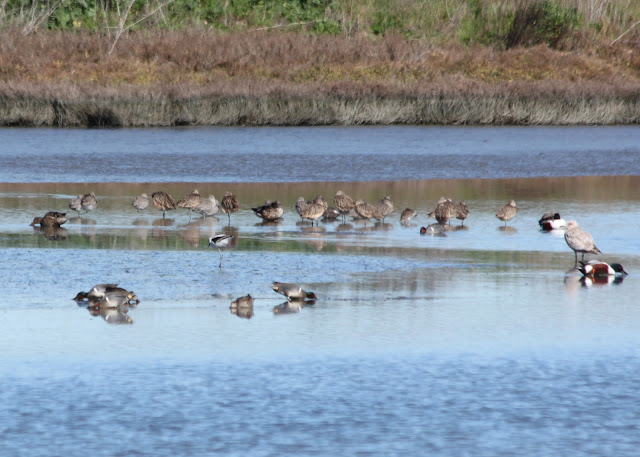 The grey ones I was guessing to be Willets and the darker ones... godwits?  Whimbrels?  Eh?

Anyway.  We drove to another part of the preserve and tried to figure out what was going with this pole field: 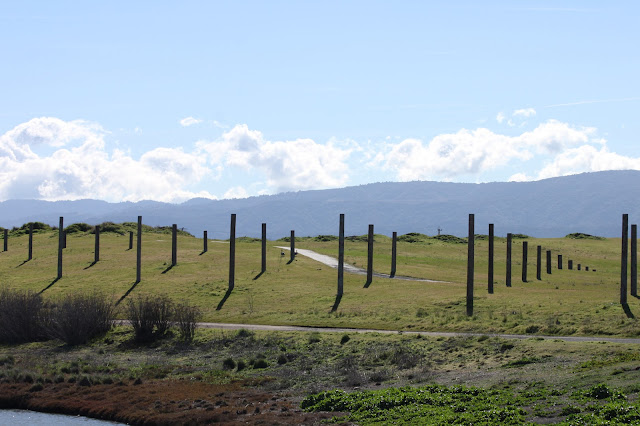 This field attracted a flock of starlings, about ten Western Meadowlarks, and a flock of American Pipits. 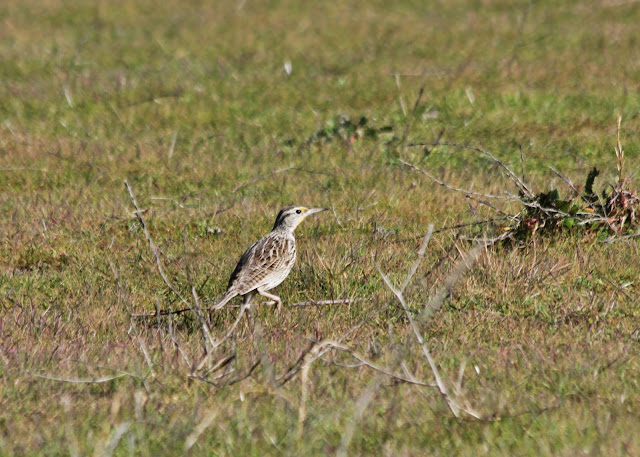 A pair of Northern Shovelers decided to have sex in front of us.  It was no otter sex, but still hard to turn away from. 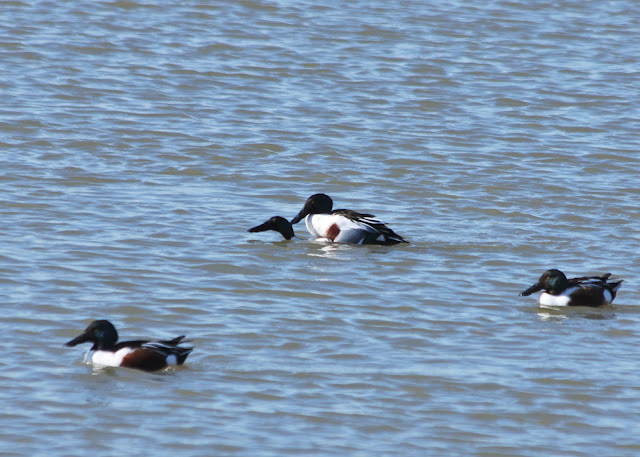 Black Phoebes were everywhere we went in California.  Here is one of a million: 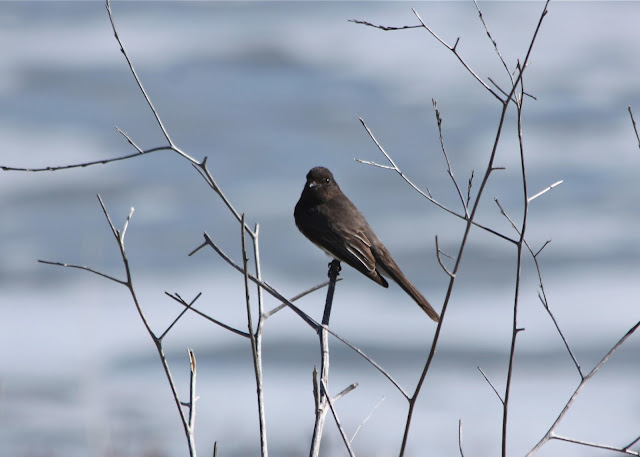 That was about it for my trip!  Had an awesome time with some awesome people.  Of course, that last thing that happened kind of sucked (someone punching in the window of my friend's car to steal my backpack in Golden Gate Park) but the sunset was pretty... 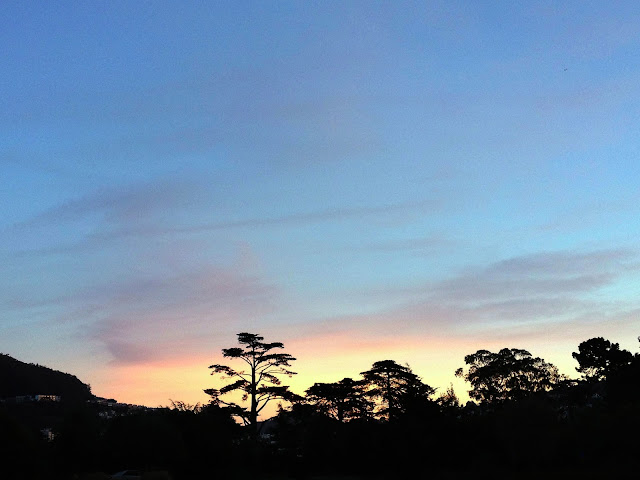