on February 10, 2013
February is not exactly prime birding time.  It's not the worst, but well, maybe it is.  This week I got out a couple times and was rather unimpressed both times.  I figured getting out of town for the day would help, so I took the dogs out to Tillamook yesterday.  We started with a two hour walk at Tillamook Bay Wetlands. 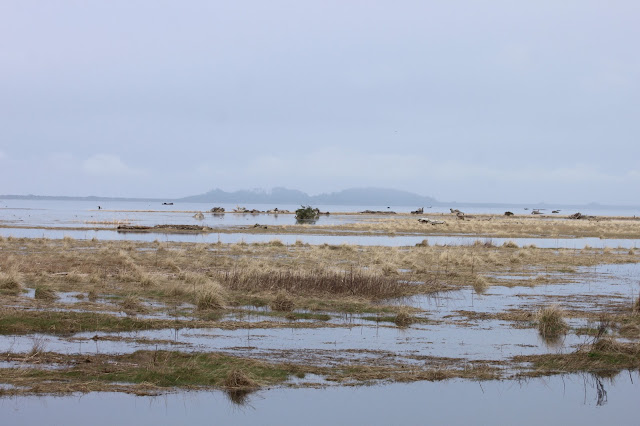 There were lots of good birds around but still had no luck finding a kite.  A flock of Red Crossbills accompanied us on much of our walk... 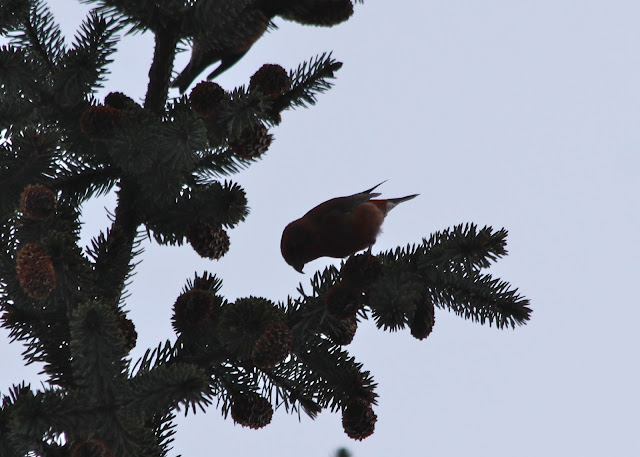 A harrier was cruising up and down one of the waterways, eventually landing on a log. 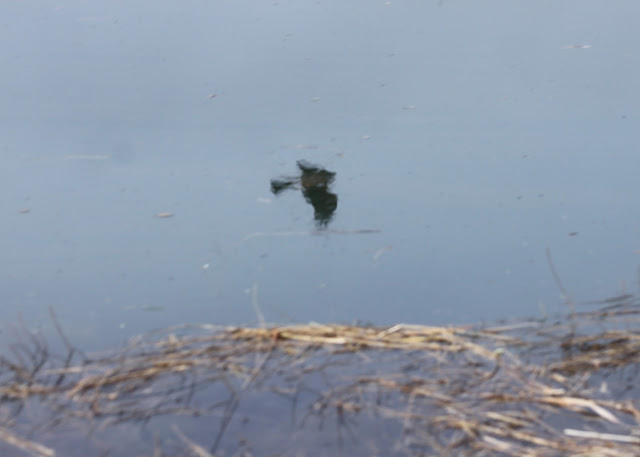 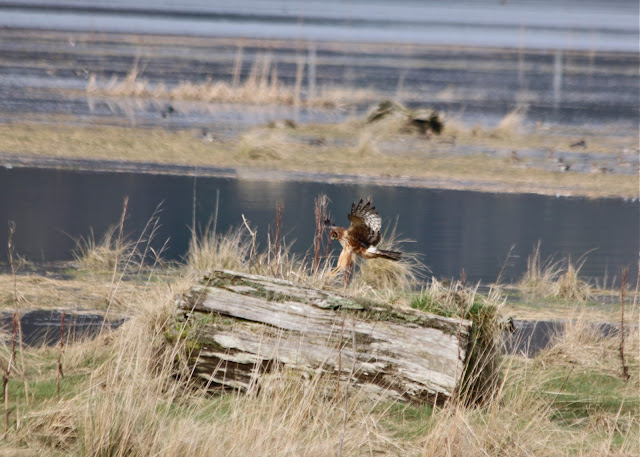 A trio of Bald Eagles were guarding the wetlands, or just ya know, hanging out. 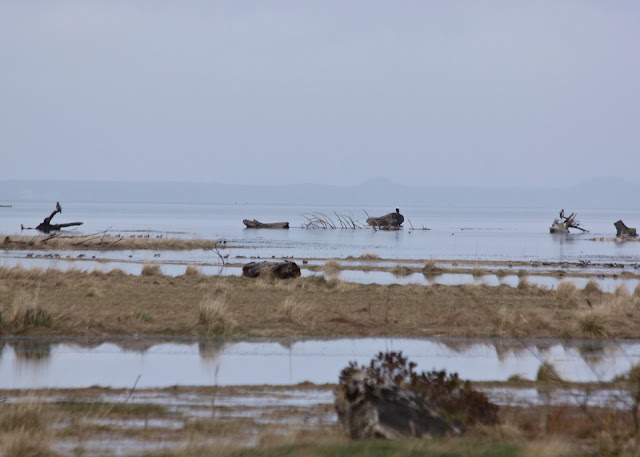 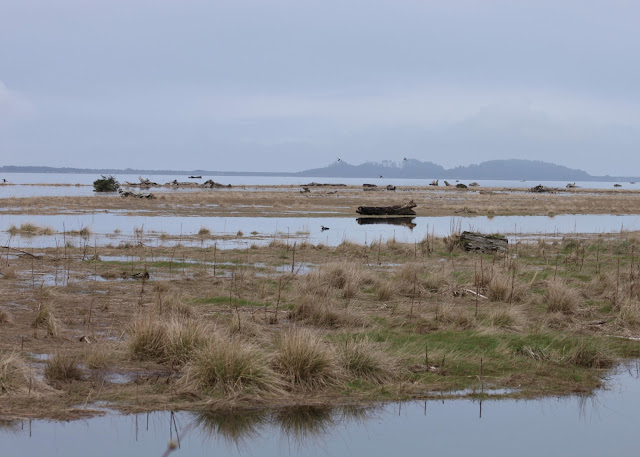 After this walk we headed over to Bayocean Spit where things were eerily quiet.  On the beach were hundreds of Dunlin with a few dozen Sanderlings, but those were the only birds I saw besides one Western-ish Gull. 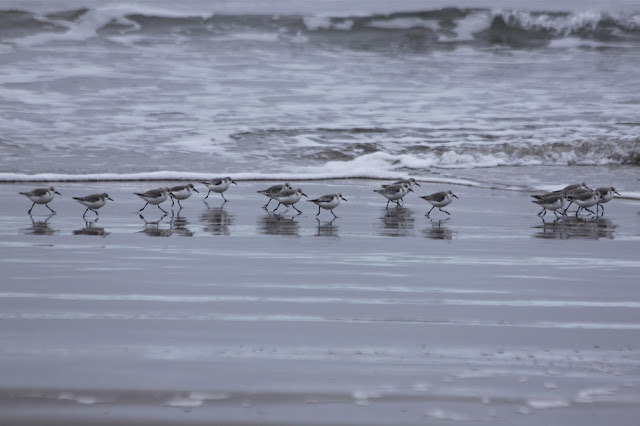 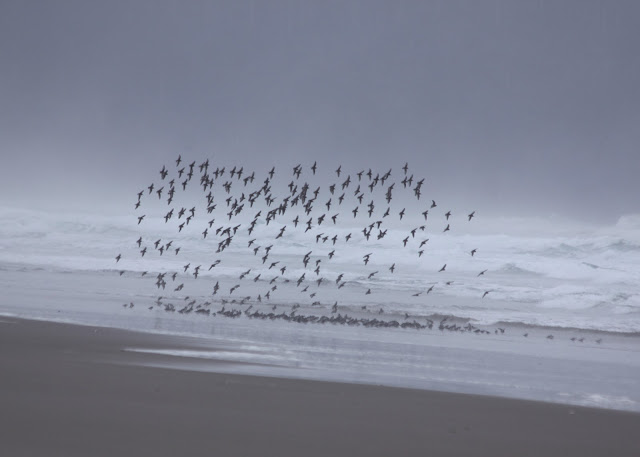 The dogs were stoked on the beach though, and I felt pretty confident I drained them of energy and piss. 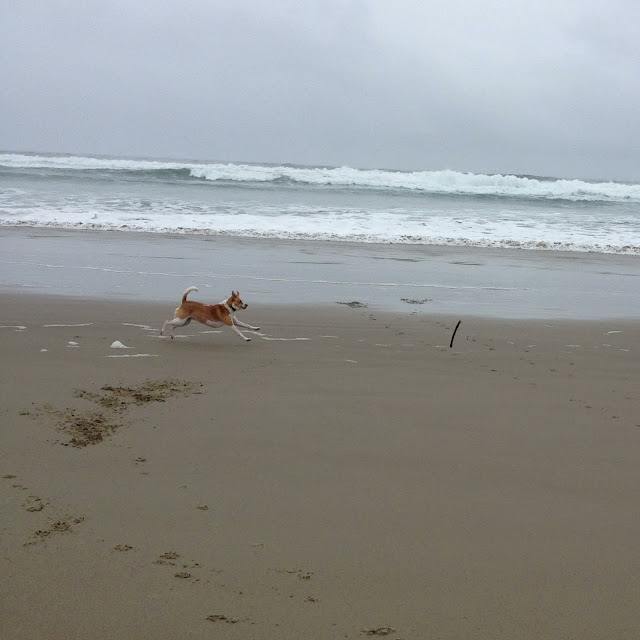 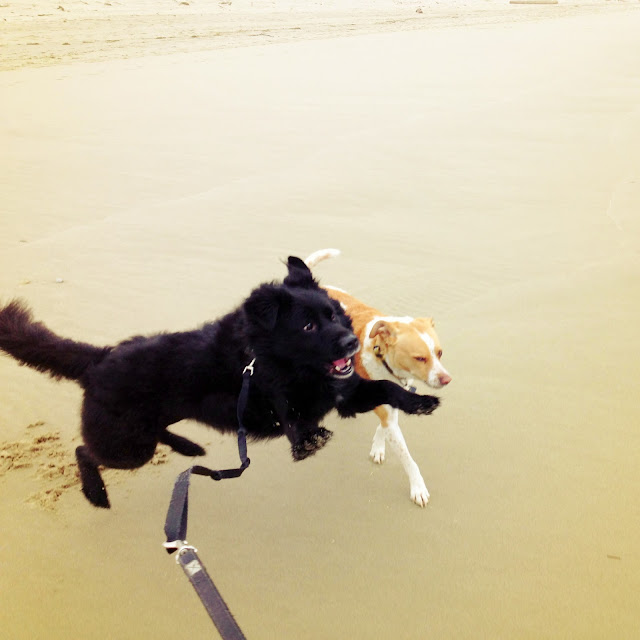 After the spit I drove up to Bay City Oysters to check out the little jetty.  Nothing unusual but a bunch of Black Turnstones were crawling all over. 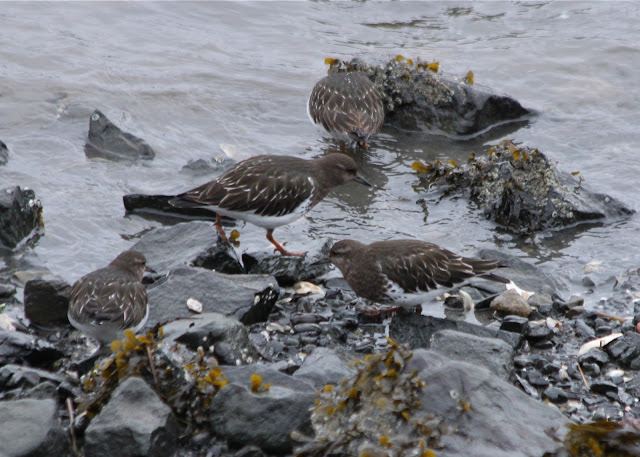 That was about it... While at the oyster place I met a couple of birders who had also been at the wetlands earlier- they said they saw a kite right in the parking mudpit.  So of course I stopped there on the way home to check again.  Nope, again.  Just a Red-shouldered Hawk.  Ah well, the dogs are tired!  Good times.
Bald Eagle Black Turnstone Common Loon Dunlin Northern Harrier Red Crossbill Sanderling