I have become somewhat obsessed with my motorless birding list.  It's kind of like a puzzle, trying to figure out new places I can walk to and find different habitats and therefore different birds.  I say "walk to" because my bike has two flats and am pretty sure I need a new tire on the back (not to mention new tube) and that sounds like a lot of work.  Anyway.  Saturday morning I went birding with Jesus. 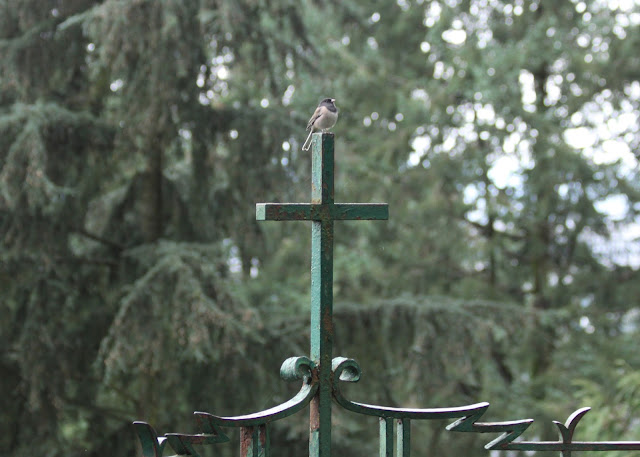 I realized The Grotto, a Catholic shrine and botanical garden, was in walking distance.  I don't care much for religion, but there is some great habitat around the Grotto- the "upper level" is one of the higher elevations near me and attracts birds I had not been able to find elsewhere.  I added Pacific Wren, Red Crossbill, Steller's Jay, Red-breasted Nuthatch, Varied Thrush, and Brown Creeper here.  Not too shabby.  Thanks, Jesus. 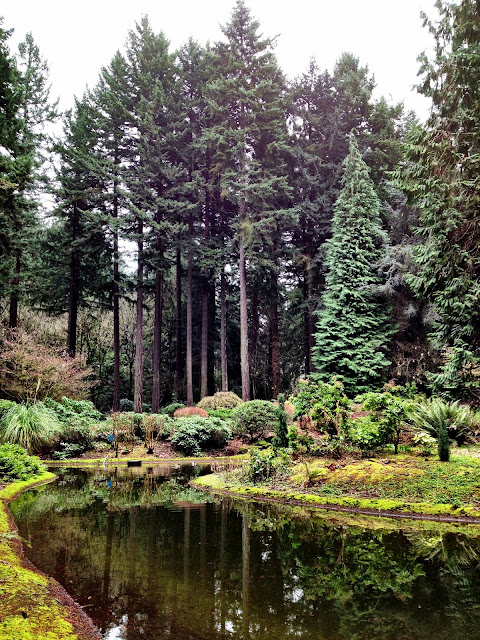 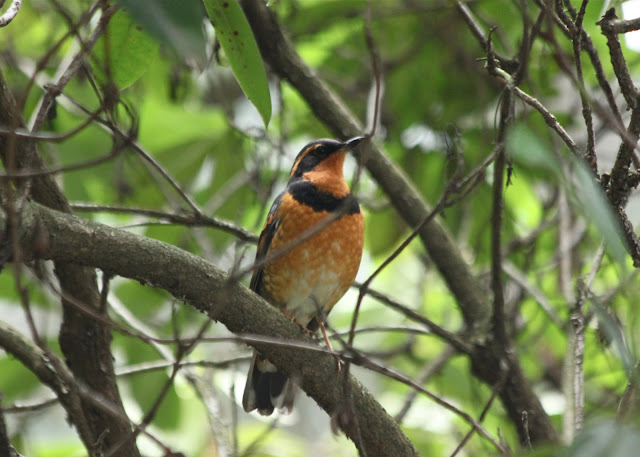 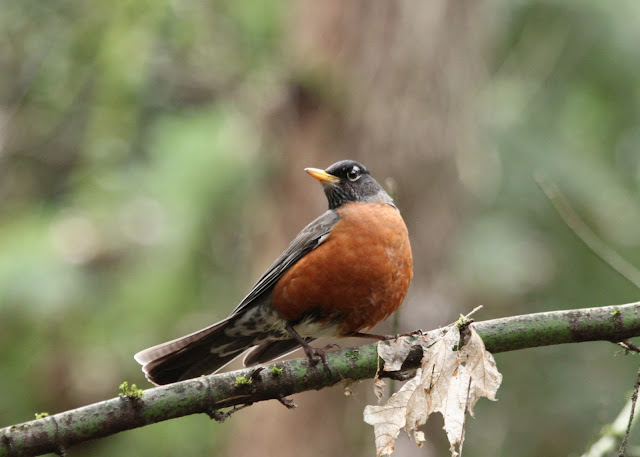 This morning I set out with the dogs on our most ambitious motorless adventure yet.  Using Google Maps yesterday I found that the Columbia Slough Trail starts up at NE 138th.  I also noticed a good-sized square of what looked like water near NE 161st.  It had potential but unfortunately the trail turns from somewhat weird to complete sketch by about NE 145th.  This is where some rather elaborate homeless camps start up.  I made my way off the trail up to Airport Way and walked the rest of the way to NE 158th, then caught up with the slough trail again. 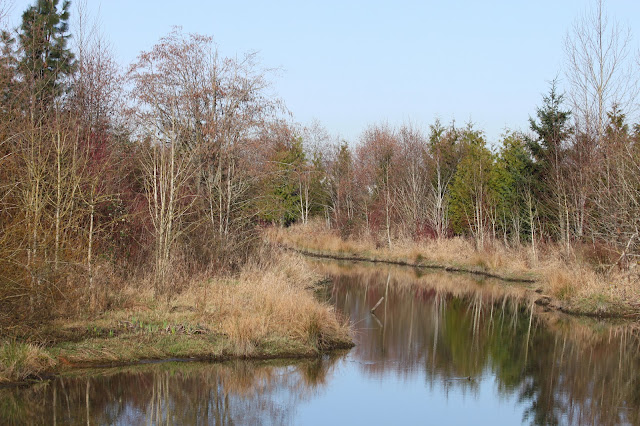 This is where the best part of our walk began.  From NE 158th to what would be about NE 176th (& Marine Drive) is an awesome stretch of the Columbia Slough Trail.  The funny thing was I ended up somewhere I had been before: 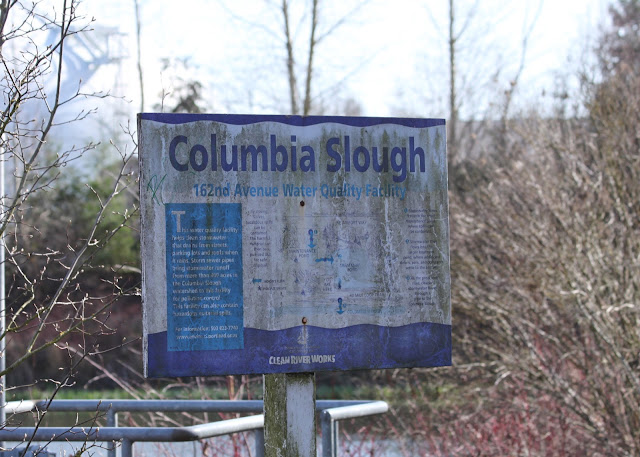 The 162nd Avenue Water Quality Facility.  I took some photos near here on January 23, 2011.  They were of a female Common Merganser eating a fish.  I cannot figure out why the hell I was here but I had chased several rare-ish birds that same day so I imagine something was seen here.  This facility has a nice pond that held my first new motorless birds of the day:  American Wigeons. 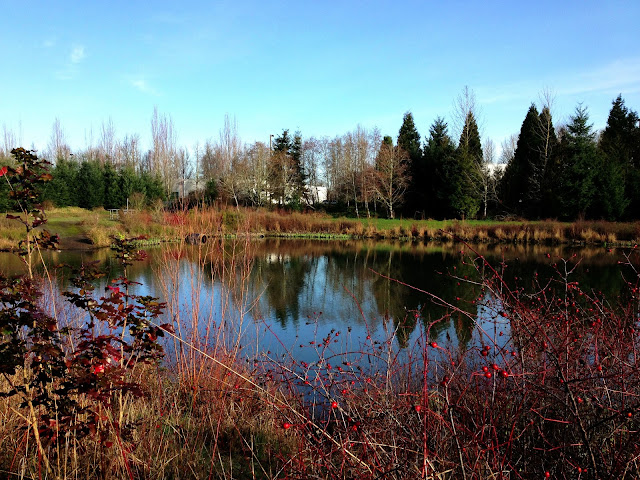 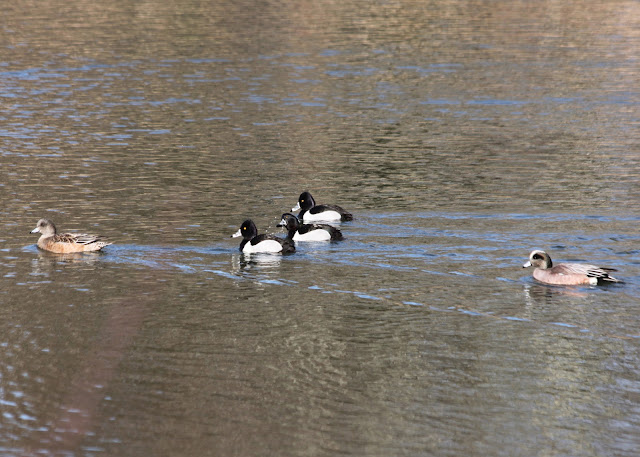 In the slough nearby were my first motorless Bufflehead: 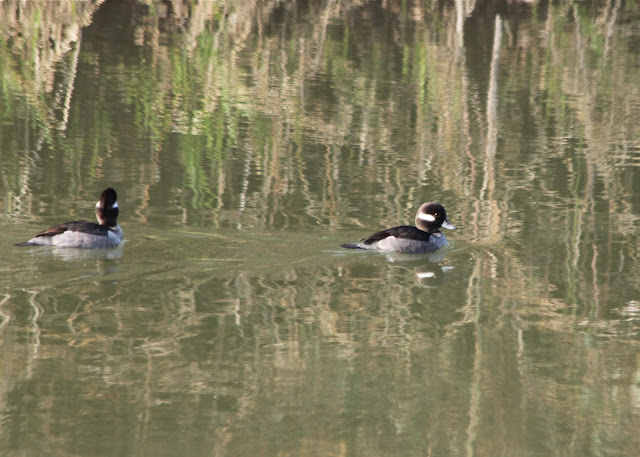 This was a cool spot and I was going to turn around here but I was too curious about where the trail went next. 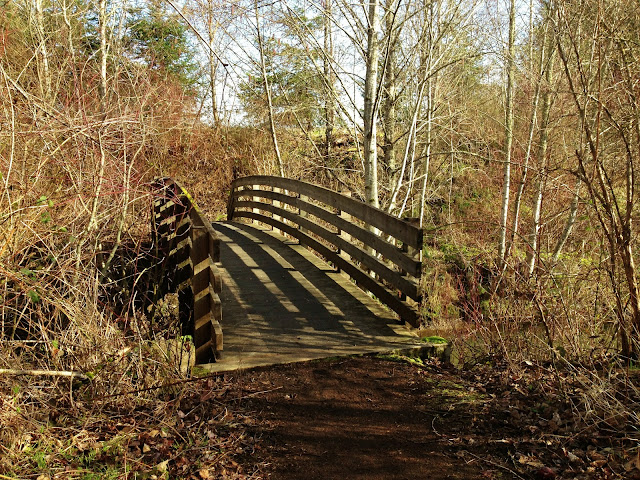 Over the slough and through the woods... not to grandma's house though.  I found a White-breasted Nuthatch possibly working on a nest along the trail- this was awesome because not only was it a new motorless bird, but it's also a bird I have trouble finding in Portland.  Eventually the trail came out near a field along Marine Drive.  The best bird of the day flew in to a stand of trees along the trail here- a Pileated Woodpecker! 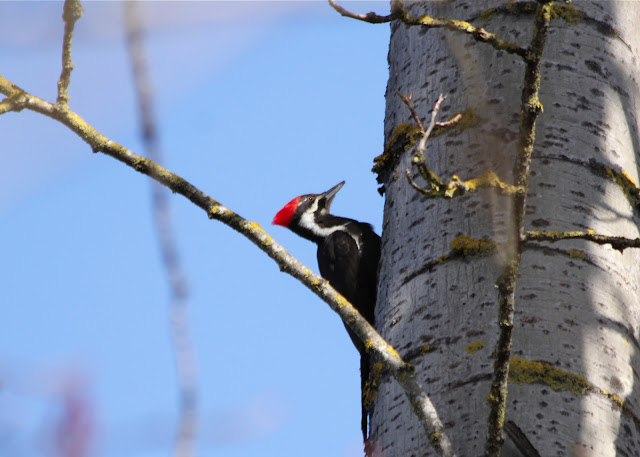 Hell yeah.  I was feeling pretty satisfied with our walk at this point and decided to turn around.  The four mile walk back home went by quickly.  I stopped near 125th to check out some gulls swirling in the sky- two Ring-billed Gulls. 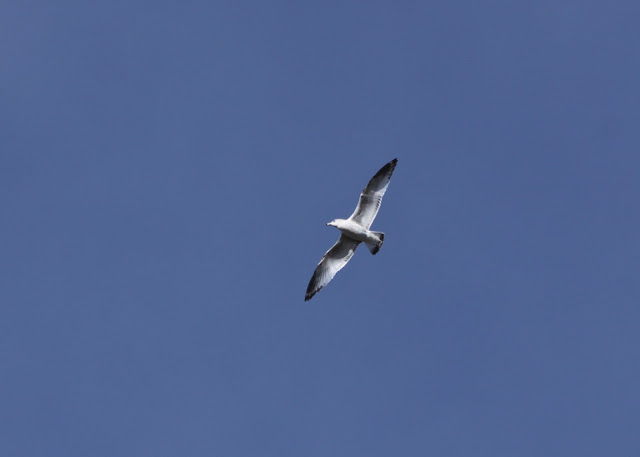 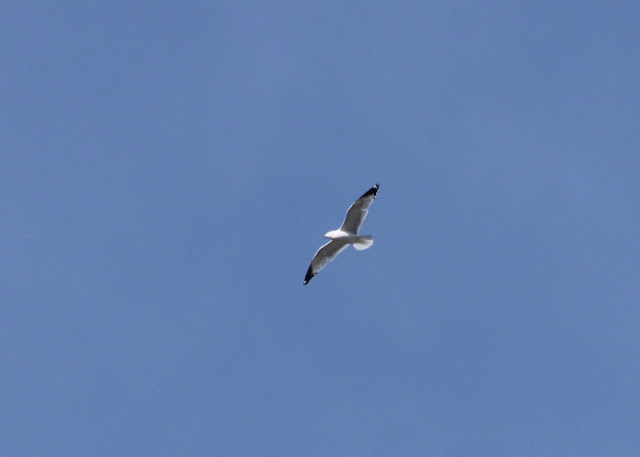 I had never realized that younger Ring-billed Gulls have that black on their tails.  Learning!

Near one of my Columbia Slough patches I have been visiting were about 20 crows flipping their lids around a tree.  As I approached I noticed a Red-shouldered Hawk sitting in the tree, though it quickly took off with the murder in hot pursuit. 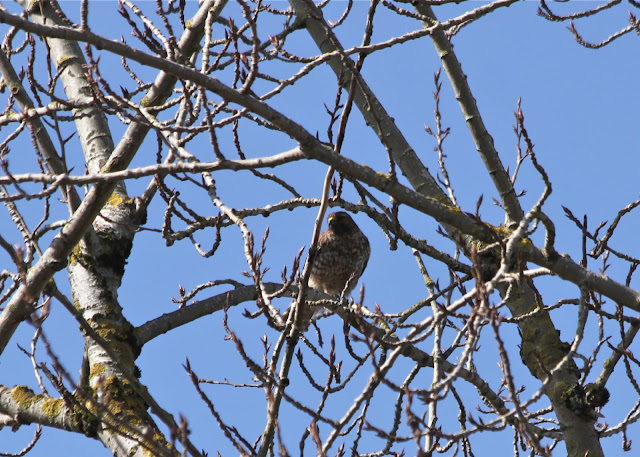 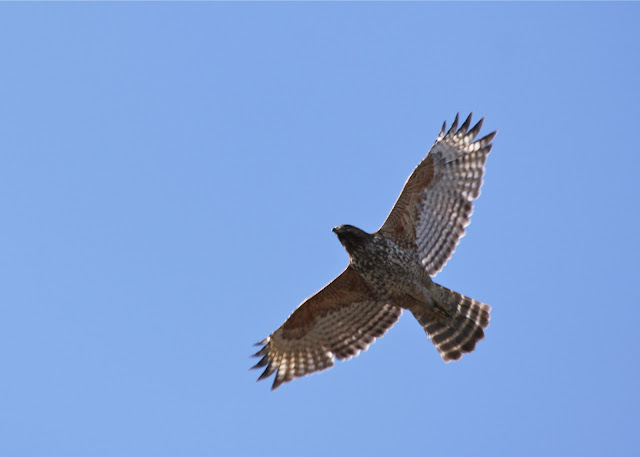 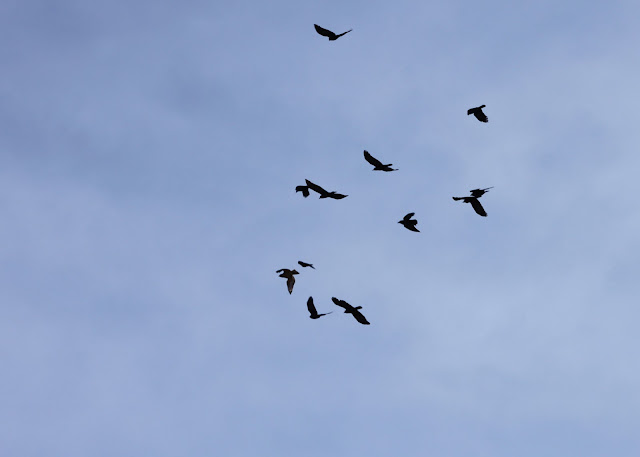 Such an awesome walk with six new motorless birds! 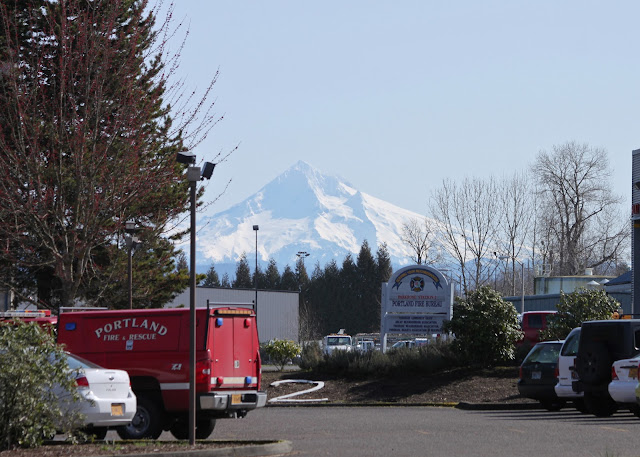