Yesterday was another cool and rainy day here in the northwest.  I tortured myself for two hours early in the morning looking for a godwit that never appeared.  In the afternoon the rain slowed a bit and I took the dogs over to Mason Wetlands to wander around.  From the overlook in the Mckinstry parking area I started watching the Vaux's Swifts that were flittering around with the swallows... 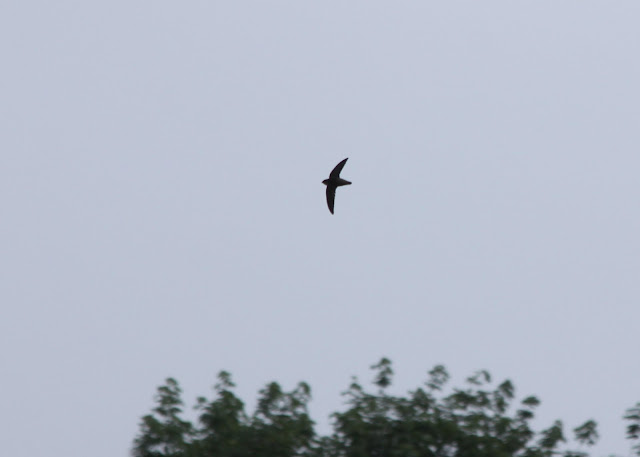 I don't usually pay much attention to the swifts beyond noting that they are around.  But as I was watching through my binoculars I became convinced I saw a bigger one, and therefore spent a long time trying to refind it and photograph it.

In hindsight it may have just been a swift that flew closer to me than the others did.  But maybe, just maybe, it was actually a Black Swift?  From what I understand, these birds are possible at this time of year though definitely not common.  Anyway, I took a billion photos of every swift I could focus on.  I went through the photos last night and found one that almost looks like it has a notched tail, telling of a Black Swift. 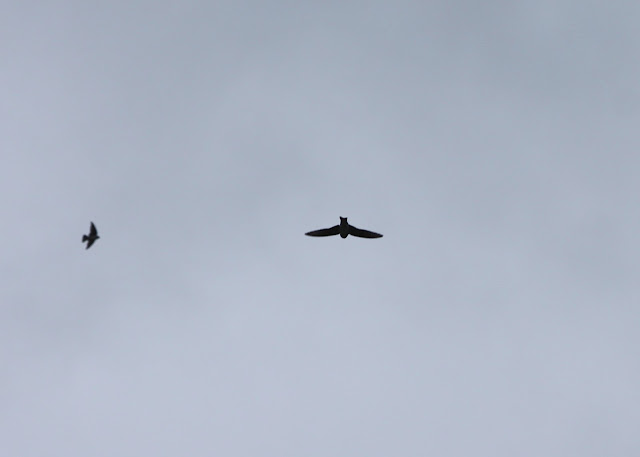 But wait, is that even a swift?  There's an excellent chance it is not.  Perhaps a martin?  Argh... Bird brain pain strikes again.  Good times?
Email Post
Labels: Vaux's Swift