There's a dirt road near Sisters that leads from the main highway (20) to highway 242, right next to Cold Springs Campground.  I kind of love the road, especially the first quarter mile from 20. 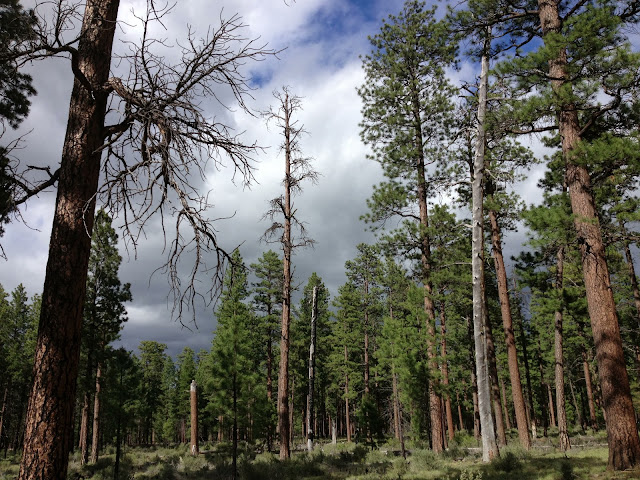 When I pulled in on Friday afternoon I was planning on just taking the dogs out to pee really quick but immediately got distracted.  A Hairy Woodpecker zipped by us while a White-headed fellow called nearby.  Bluebirds were catching snacks and Williamson's Sapsucker nestlings were loudly calling for their parents from a nest hole. 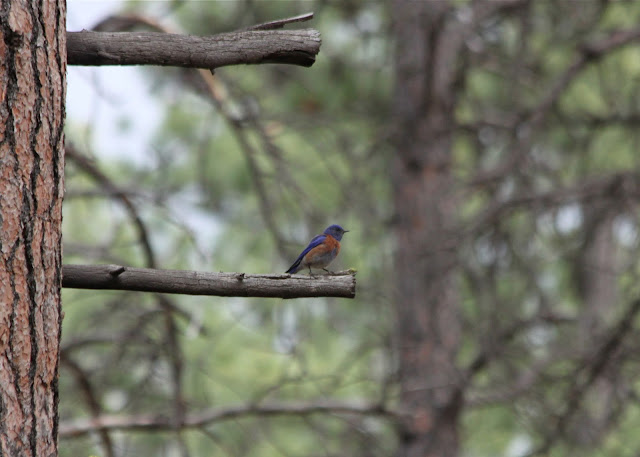 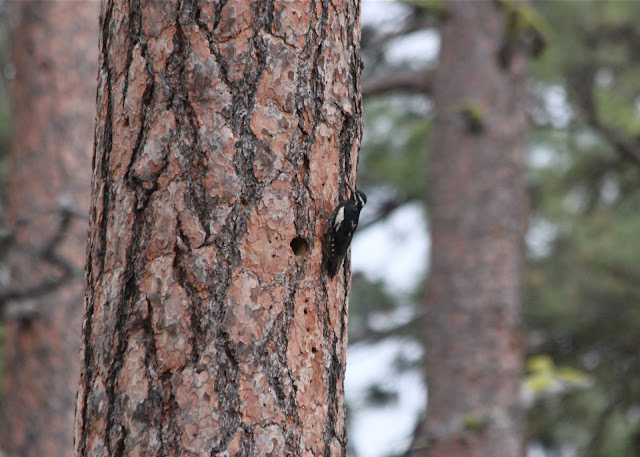 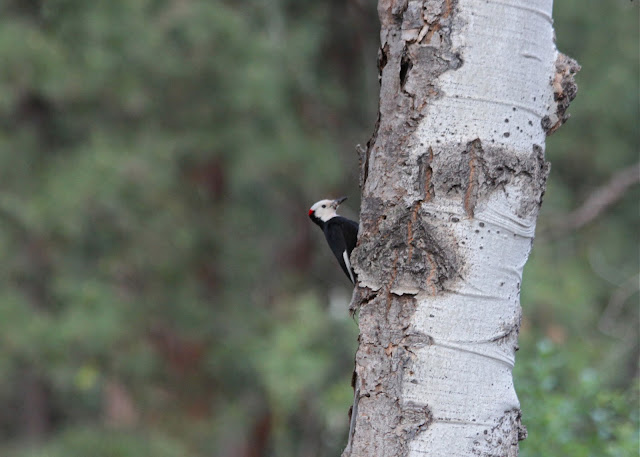 After an hour and a half of being distracted I finally made my way to the campground to enjoy the summer solstice... 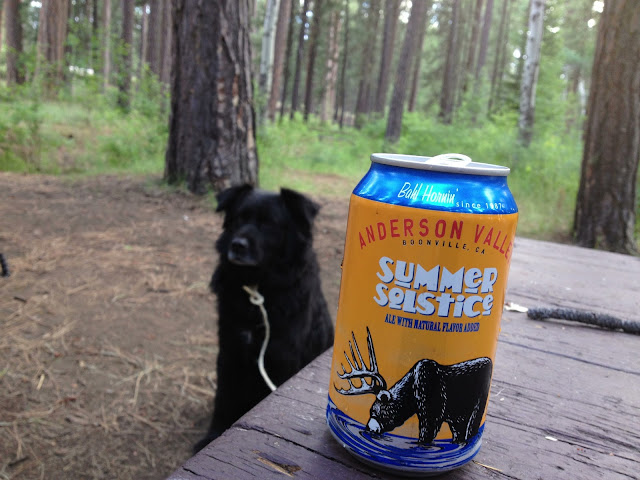 A much tastier beer than I usually bring camping, I highly recommend it.

Saturday afternoon I headed back to Calliope Crossing to try again, in much warmer weather.  A Common Nighthawk was soaring above us when we got out of the car. 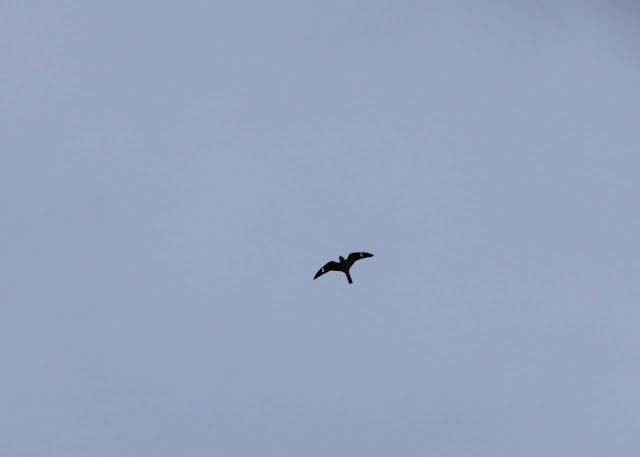 And a flicker was peeking out of a nest hole along the creek... 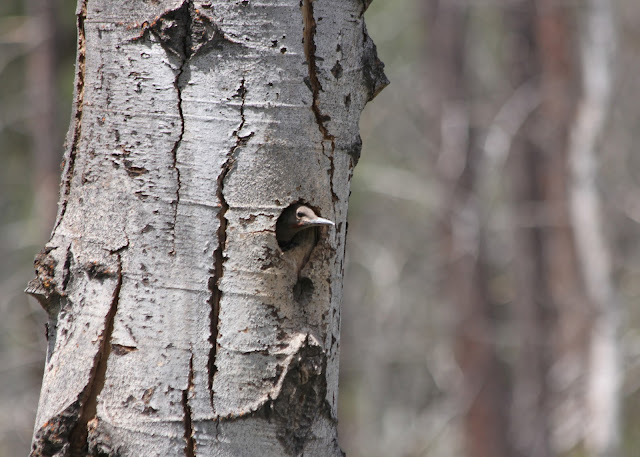 Farther up along the creek was an active Red-naped Sapsucker nest hole. 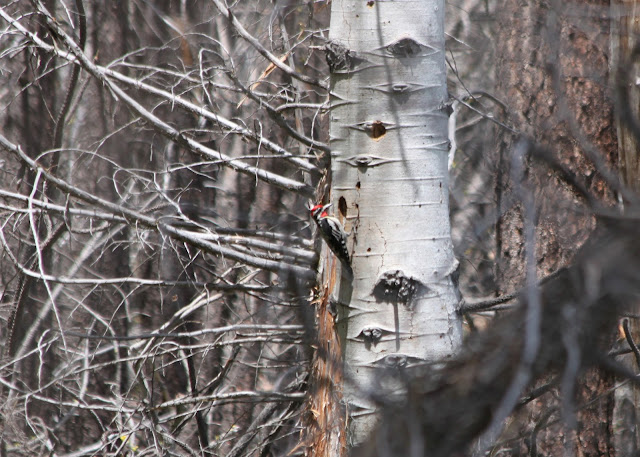 After watching them fly around for a bit I started walking the dogs back to the car.  I came across a couple of other birders, one of whom (his name was Peter I think) mentioned he had seen the Northern Pygmy-Owls when he arrived.  He was able to quickly refind them for me and the other birder and we were treated to a most awesome show.

My photos were mostly crap, unfortunately.  We watched the parent owl feeding a juvenile a little dead rodent.  They were quite active and changed location a number of times.  Finally the bloody-faced parent came to rest on a tree branch just ahead of us and sat for a long time. 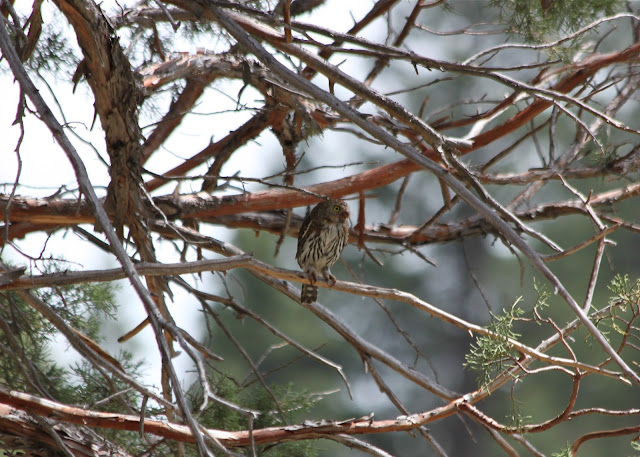 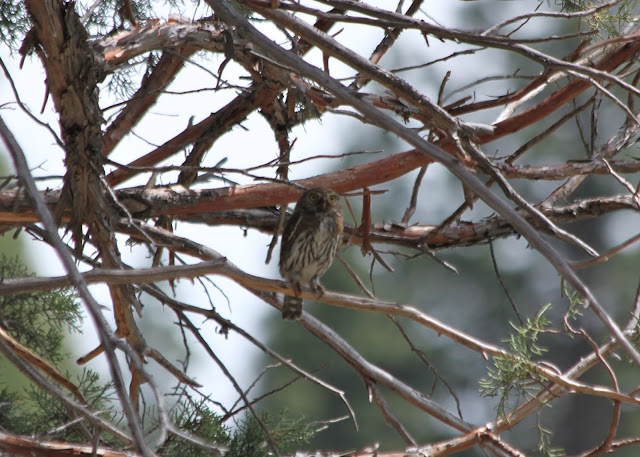 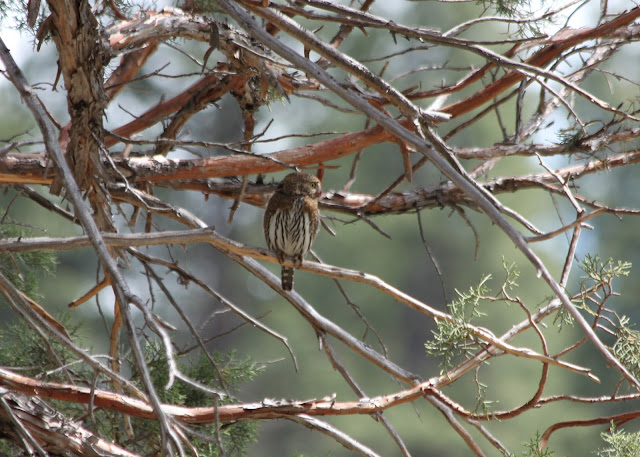 Ahhhh so awesome... and a lifer!  I have heard them several times on Larch Mountain but never been able to see one.  Yay!

In the evening I drove around town looking for the local Pinyon Jay flock.  I never found it but did find some entertaining bluebirds at the middle school.  Dad had obviously just caught a worm and wanted to bring it inside the nest box.  Dumb baby was obviously in the way. 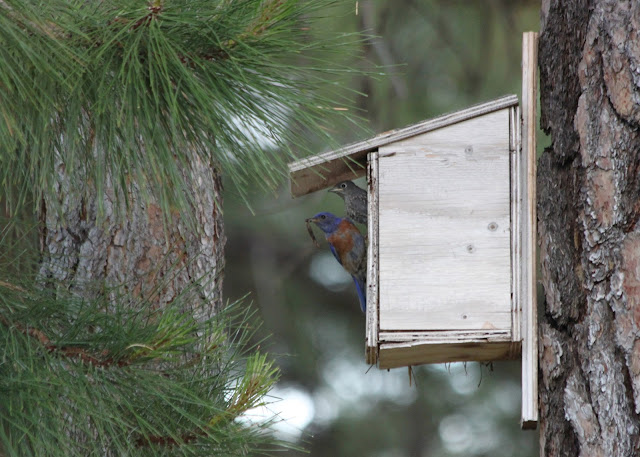 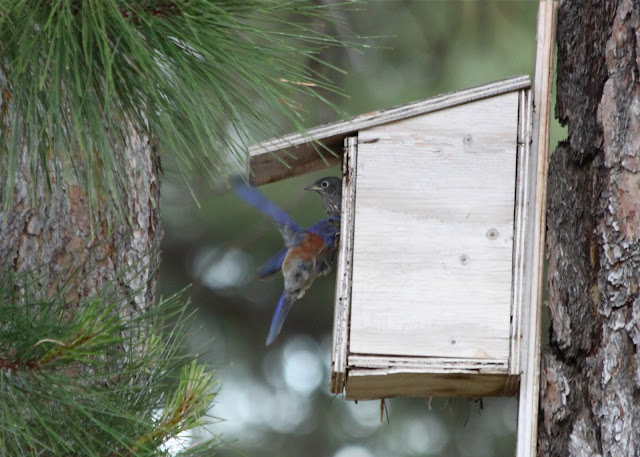 He never made it in the box while I was there, hopefully the baby moved after I left.  Also found during my jay search: 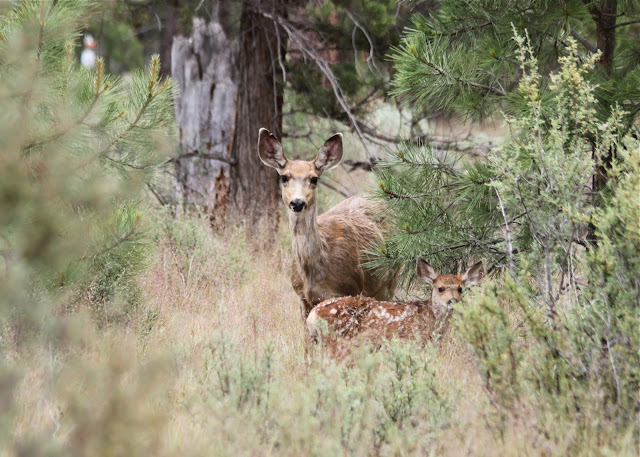 Cute.  That evening when I was driving down Cold Springs Cutoff I noticed some color through the trees.  I went to investigate and found a random field of lupine buzzing with bumblebee activity.  It was super random and kinda magical. 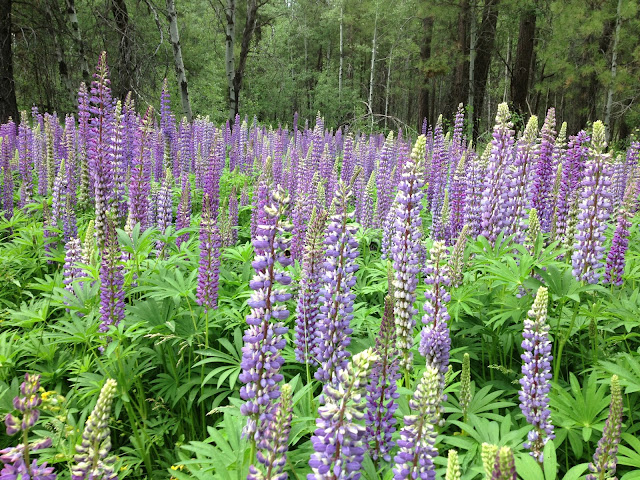 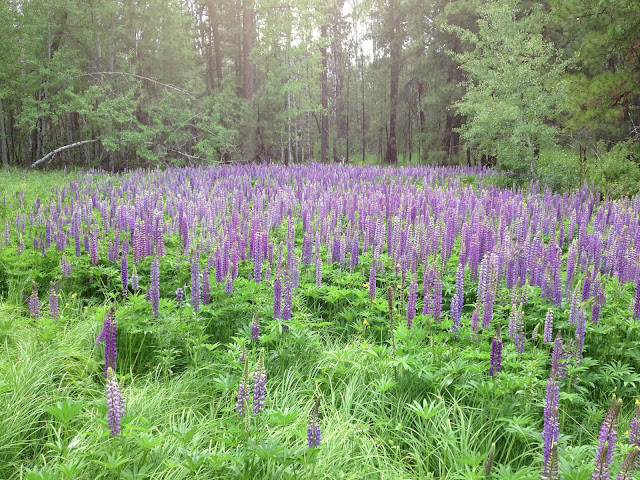 Sunday morning I woke up warm, but to the sound of rain drops.  I packed up our stuff and we headed back to Portland.  I stopped at one of the sno parks along the way to go to the bathroom and found these beauties... 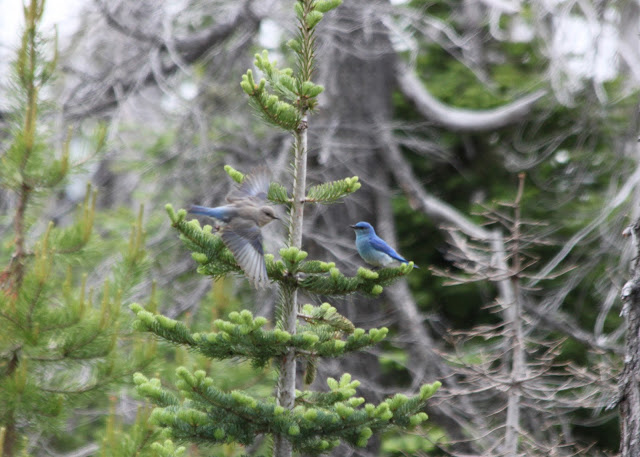