on June 04, 2013
If the woods around my parents' house on Cape Cod are a city of birds, then the garden my dad built are the suburbs.  Subirdia, if you will. 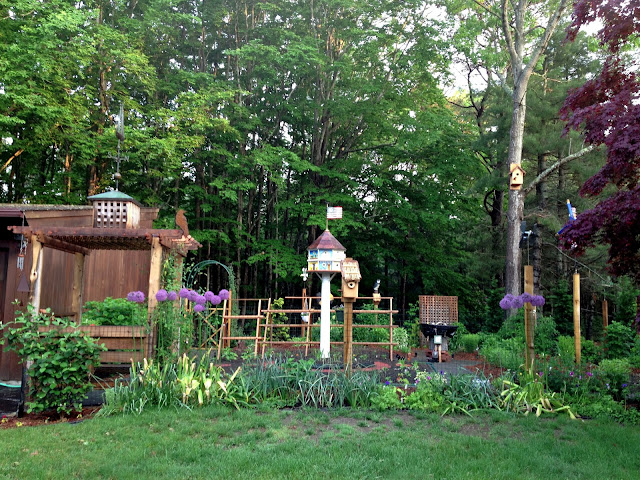 The garden is filled with bird houses, built by my dad with different species in mind.  A screech-owl box high up on a tree, a bluebird house on the fence, and a small apartment complex for the little guys.  Across the driveway is a community watering hole, restaurants, and parks.  The residents of Subirdia so far include a nice variety of species.

Great Crested Flycatchers are nesting in the screech-owl box: 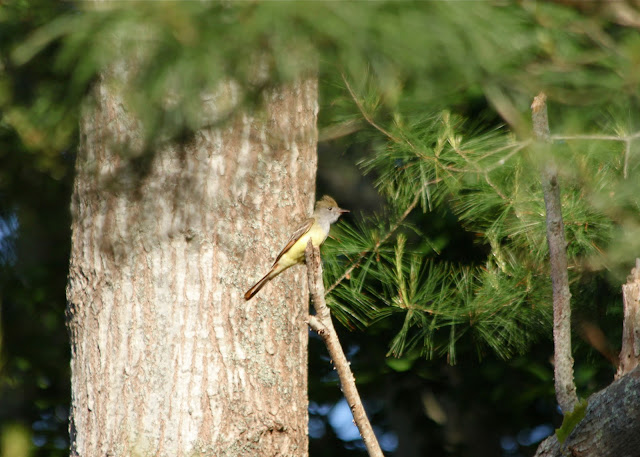 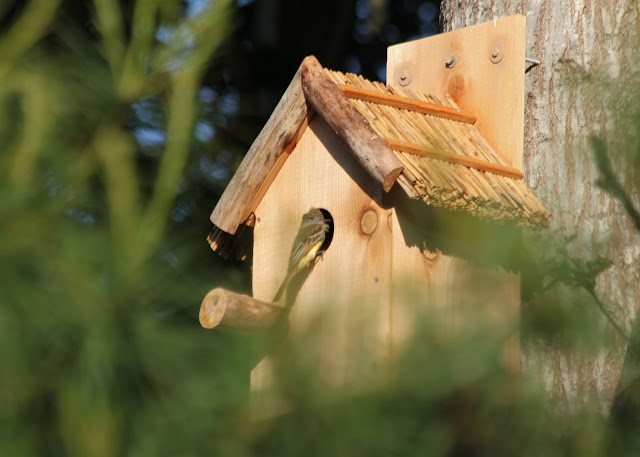 White-breasted Nuthatches have a family in the apartment complex... 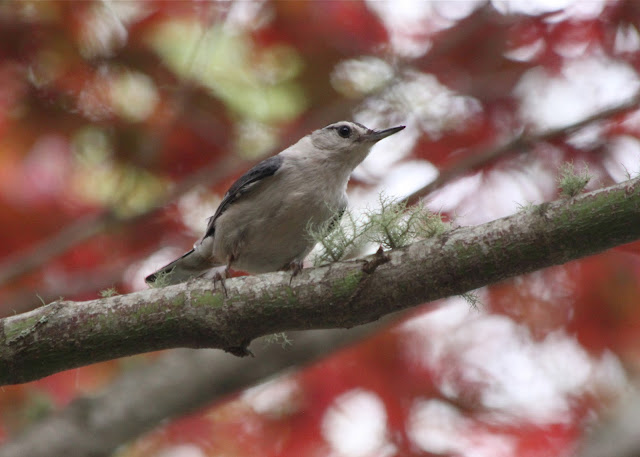 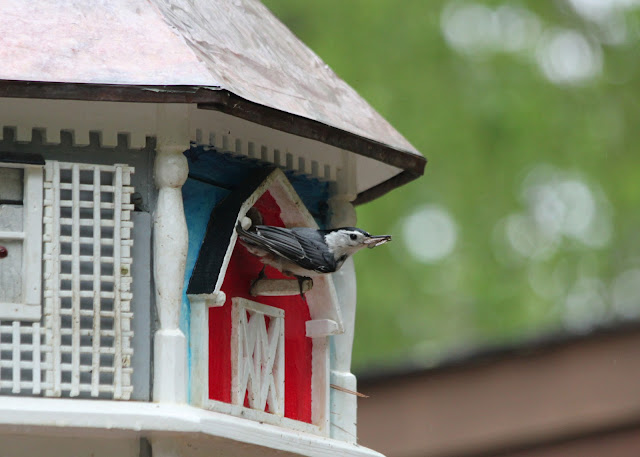 Carolina Wrens have taken up an apartment on the opposite side of the nuthatches... 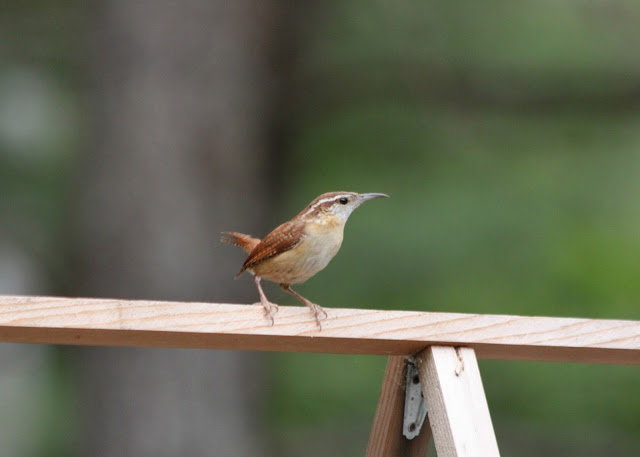 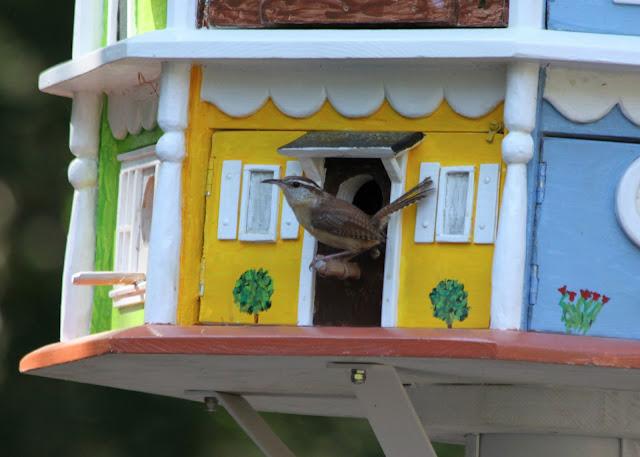 Sometime during my visit a new bird began moving into the bluebird house in Subirdia- a House Wren. 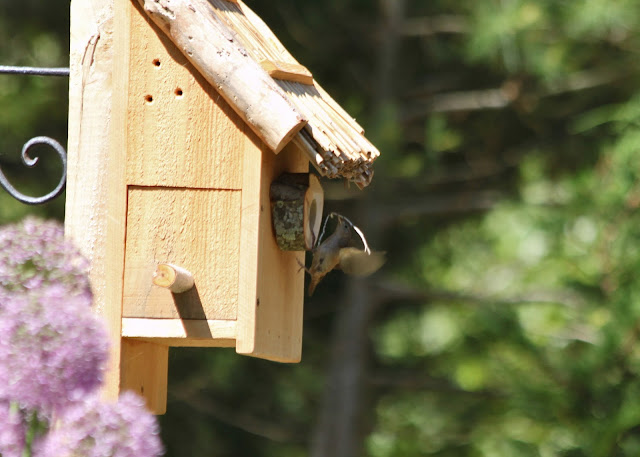 The neighbors were not exactly welcoming.  From what I could tell, the House Wren had yet to attract a mate and wanted to spend his time singing from the top of his new house.  The nearby Carolina Wren HATED this and spent hours chasing the House Wren off his various perches. 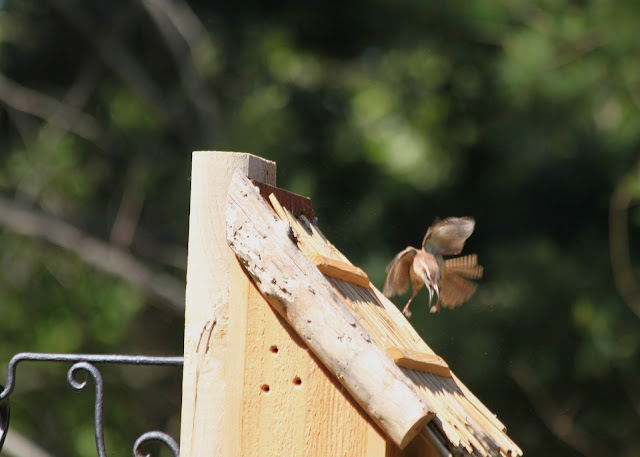 The Carolina Wren would get so worked up that eventually the White-breasted Nuthatch started getting annoyed. 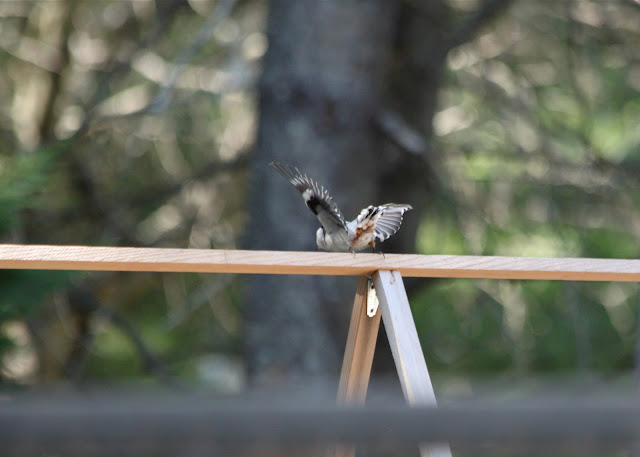 The drama was still playing out when I left my parents' house but hopefully they will let me know how things go. 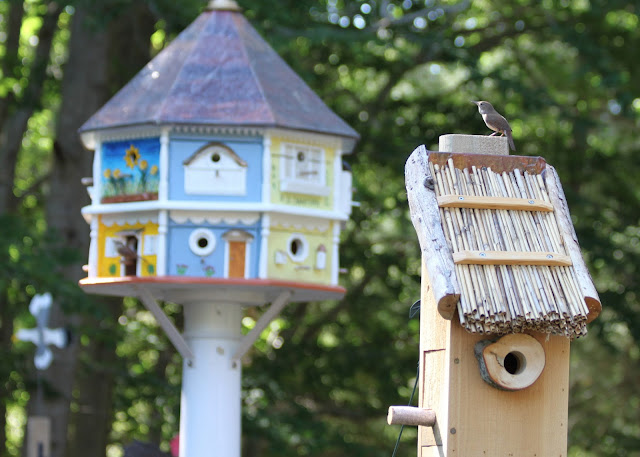 Subirdia can be too much for some birds.  Understandably.  But they still like to visit from time to time, so here are some of the other birds seen taking advantage of the amenities... 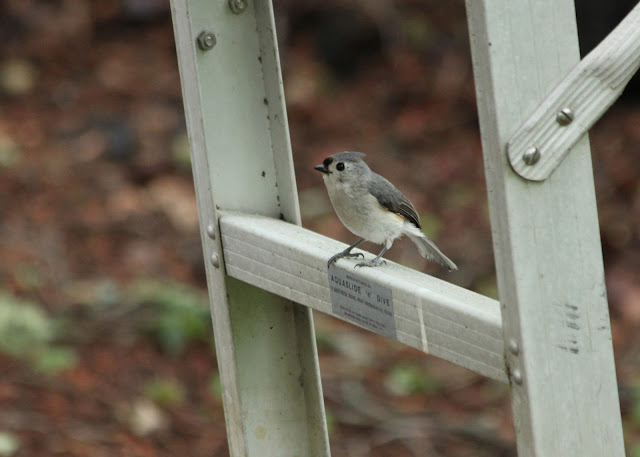 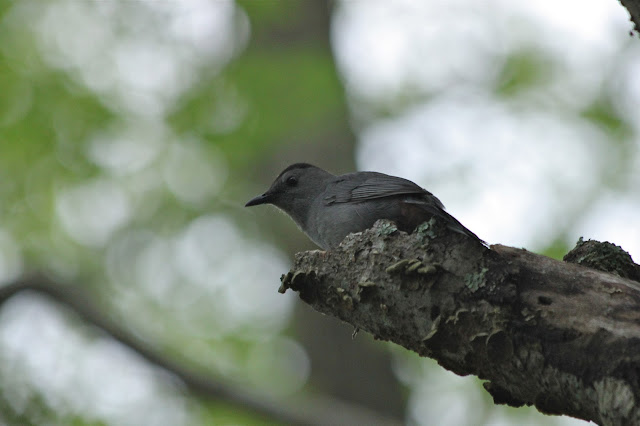 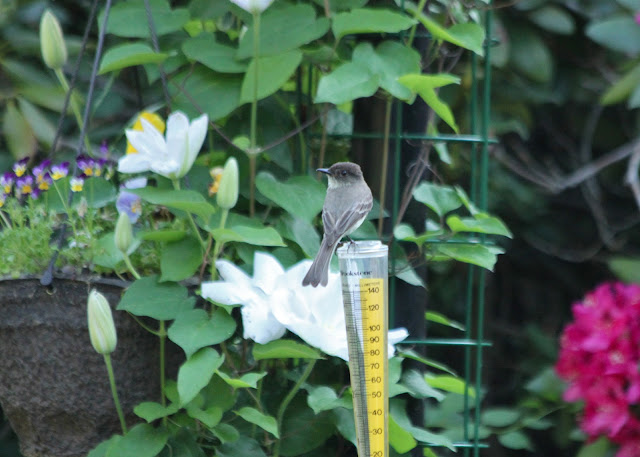 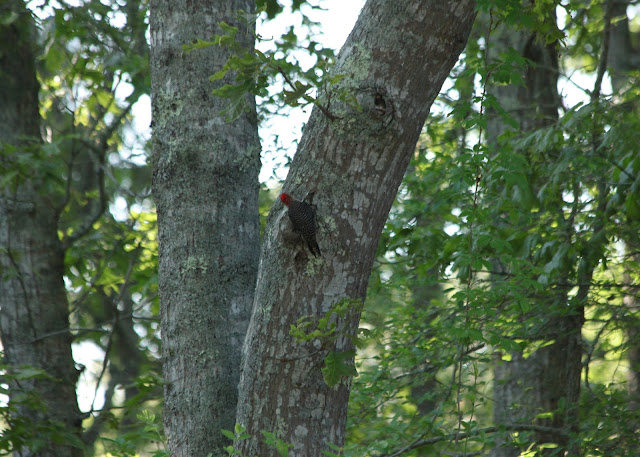 Subirdia is a great place to visit, just keep your eye out for the zebra. 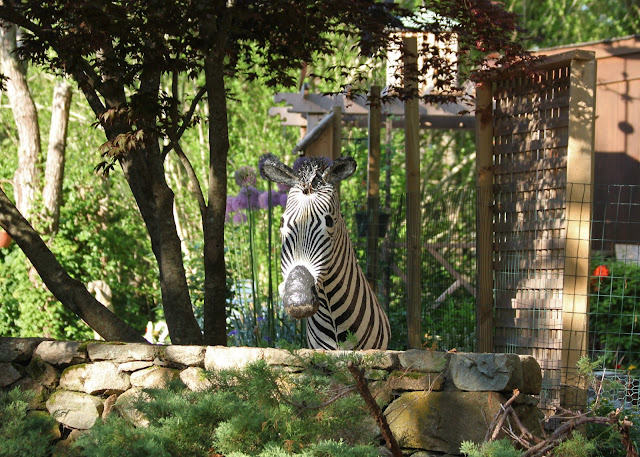