on July 01, 2013
There's been a gaping hole in my county lists, one that I've been ignoring for quite some time: Clackamas County.  I don't even know why really- it's the NEXT county to the south of me, complete with a great variety of habitat from the Willamette River up to the mountains.  I spent about half my weekend working on adding to the 8 (yes, eight!) species that eBird believed I had seen there.

My first stop was random, one of those PGE hydropark places called Timber Park on what was called Estacada Lake. 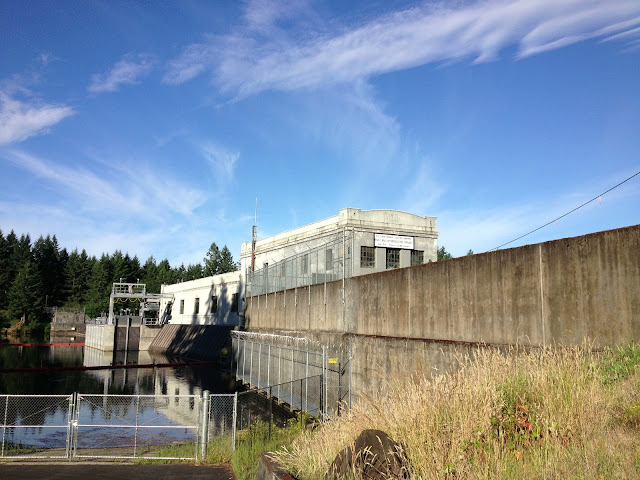 I easily added a bunch of species just walking the dogs around for a bit.  The highlight was a pair of Pileated Woodpeckers flying tree to tree by the disc golf course. 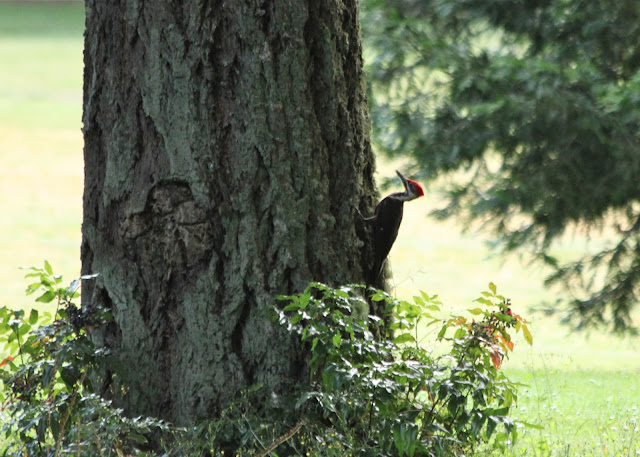 My second stop along Highway 224 was Timber Lake, a weird little Job Corps area that was extremely pleasant to explore.  I almost didn't stop but I heard blackbirds and yellowthroats while driving by and needed both for the county. 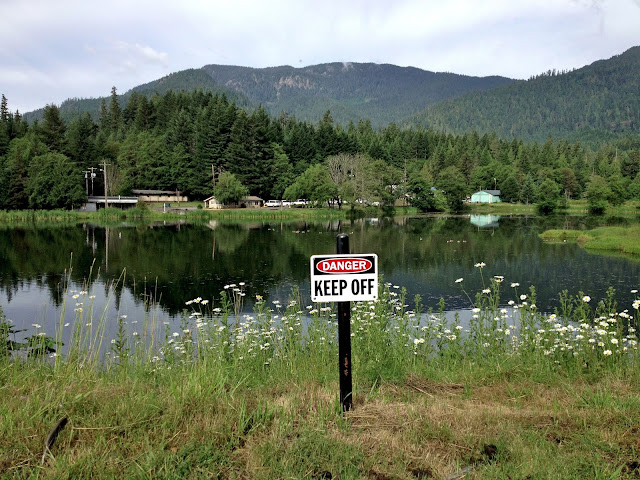 As you can see the lake itself was pretty small.  I ventured down a small birdy road I was not sure I was supposed to be on and found MacGillivray's Warblers poking around in the shrubs. 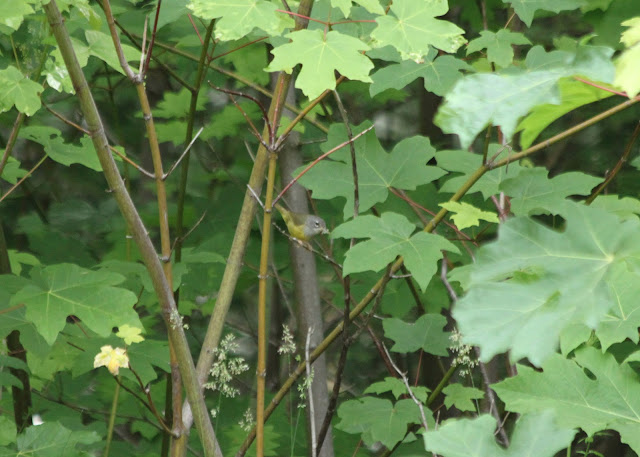 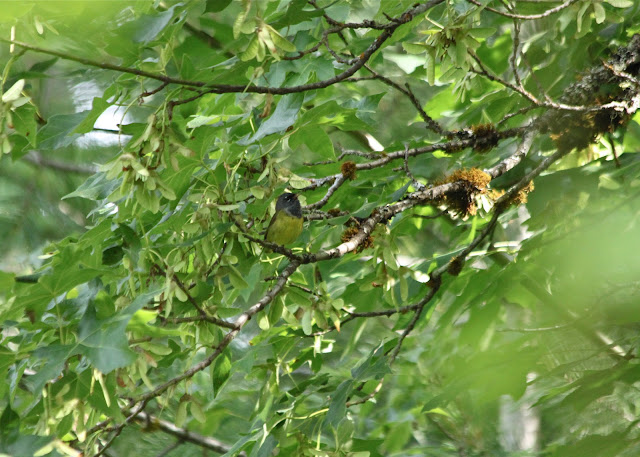 I was surprised to find a pair of Hooded Mergansers on the lake, mingling with the geese. 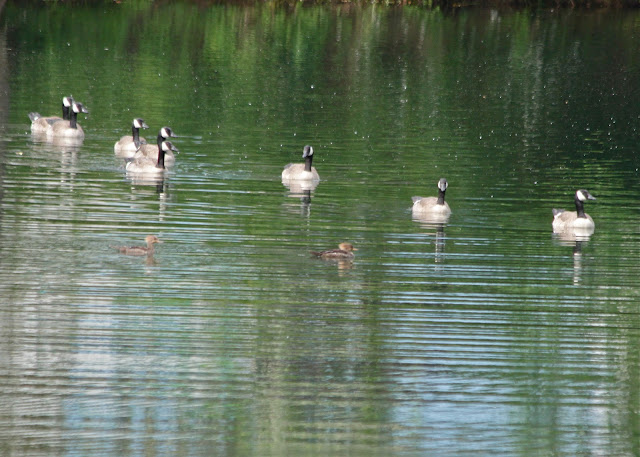 Other good birds around the lake included all of the expected swallows, Vaux's Swifts, Willow Flycatchers, yellowthroats, Red Crossbills, and Chipping Sparrows.  The butterflies and dragonflies were abundant also... 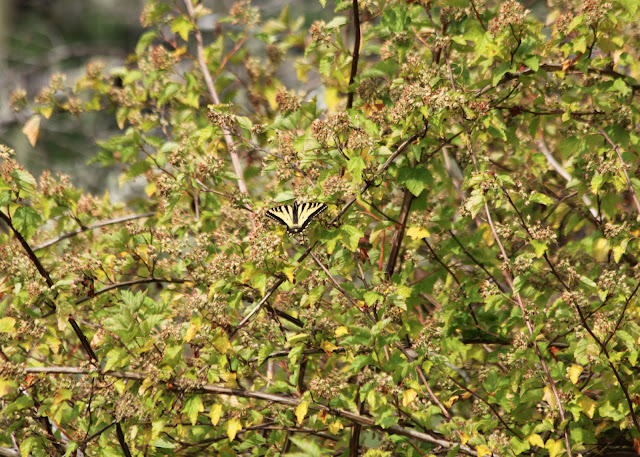 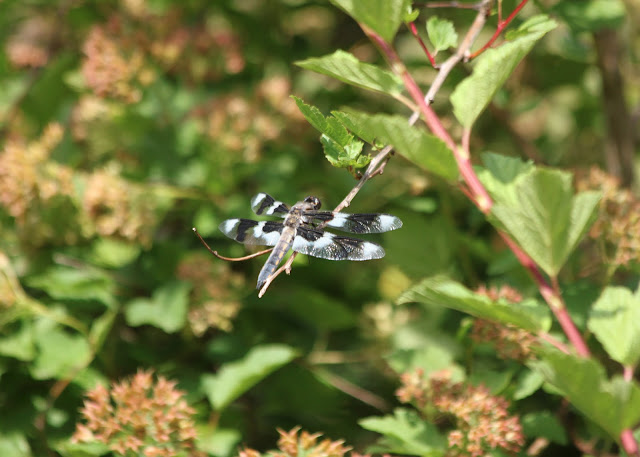 This flower seemed fairly common- is it tiger lily? 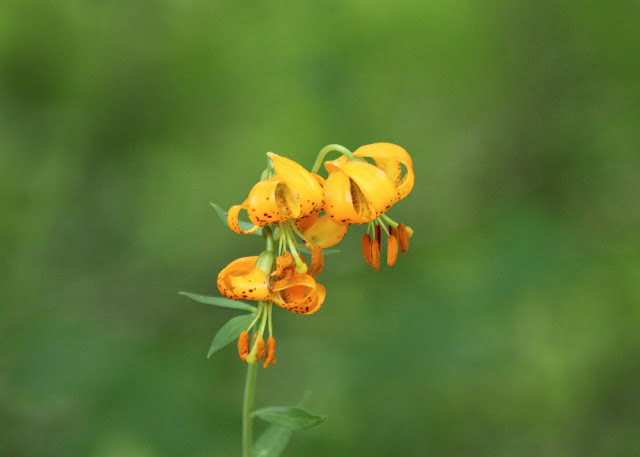 So pretty.  I drove up FR 57 to FR 58 up to Abbott Burn.  I had high hopes for woodpeckers but all I found was flickers and one Red-breasted Sapsucker.  We also started the hike to Anvil Lake but after about half a mile the trail went from muddy to flooded and I gave up.

Yesterday morning I took the dogs out early to Molalla River State Park, another spot in Clackamas County.  We immediately came across a couple of young sapsuckers in a picnic area. 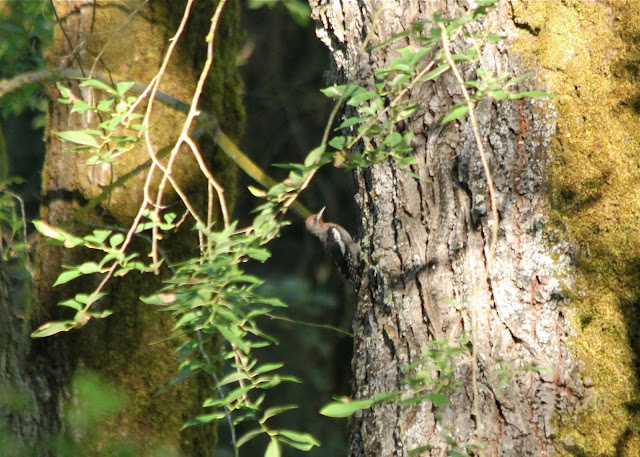 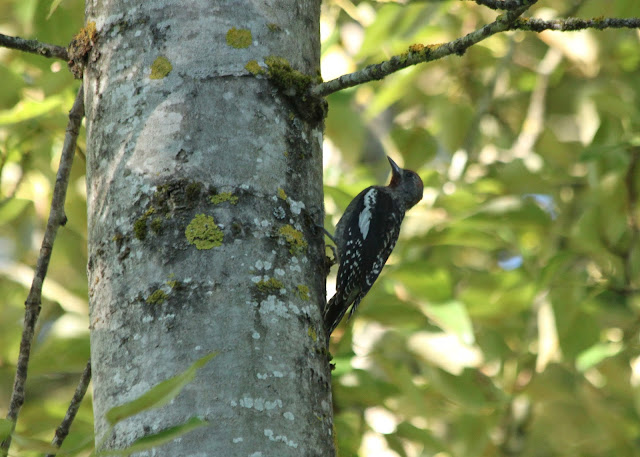 We walked along the trail that parallels the Willamette River (weird, I don't think we ever saw the Molalla) and found two Hairy Woodpeckers that appeared to be a father/son combo. 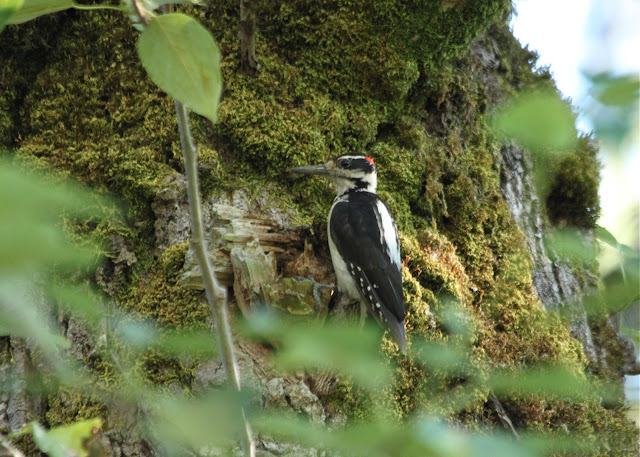 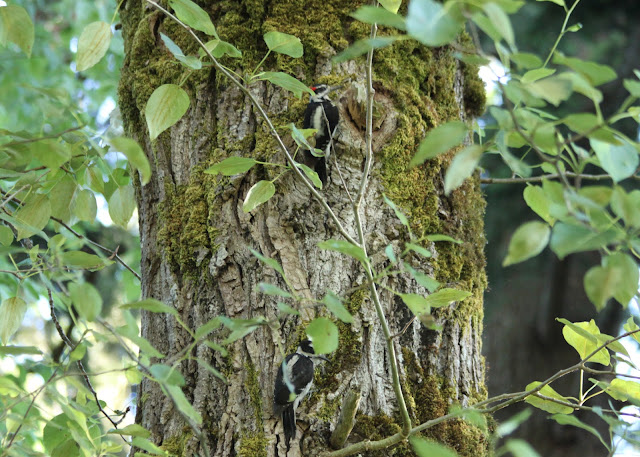 It was a pleasant walk and we were done before 9, beating the real heat completely.  My county list has risen to over fifty species, not impressive but much better than eight.  In the afternoon my friend and I headed up to Battle Ground Lake to swim and drink beers, while Bald Eagles flew around pissing off Steller's Jays.  It was rad.  Good times!
Hairy Woodpecker Hooded Merganser MacGillivray's Warbler Pileated Woodpecker Red-breasted Sapsucker