To celebrate having a Friday off, as well as Jake's mystery lump turning out to be a benign cyst, I headed west with the dogs to hunt down the Elegant Terns that have been peppering the Oregon coast this week.  Before heading to the Hammond Boat Basin, where the terns have been the last couple of days, I stopped by Seaside Cove to get my rockpiper fix. 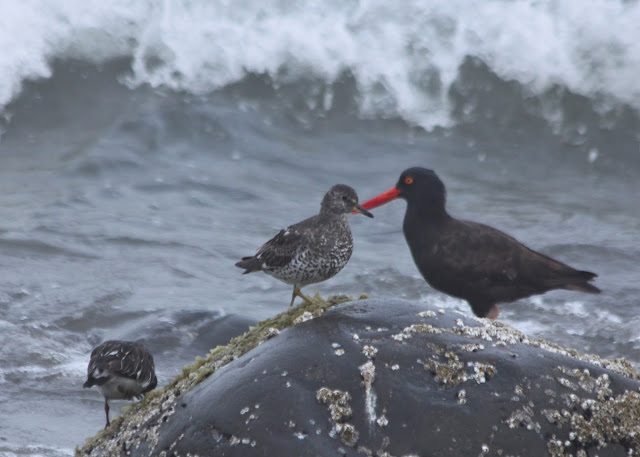 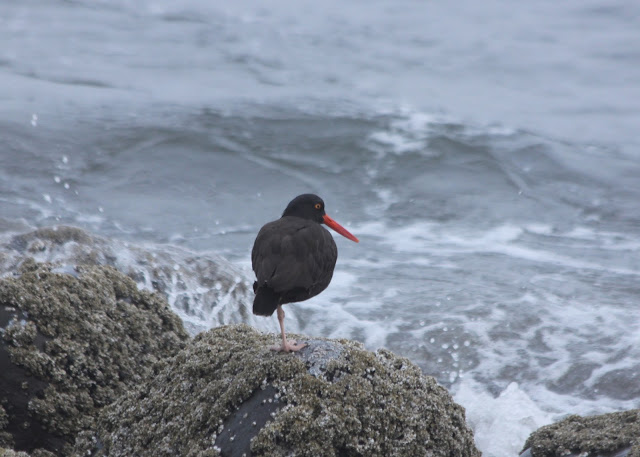 Black Oystercatchers are never this accommodating 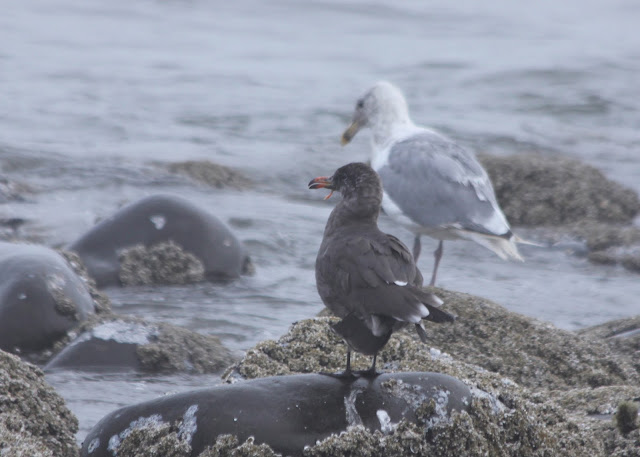 That's a good place for a tongue.

Our next stop was Hammond, where another Heermann's Gulls was looking funky... 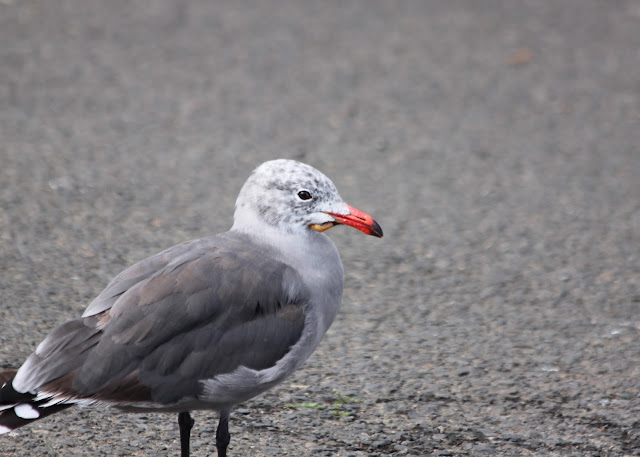 I don't even know what is going on there.  Here's a nice regular sexy Heermann's to help you erase the previous monstrosities from your mind: 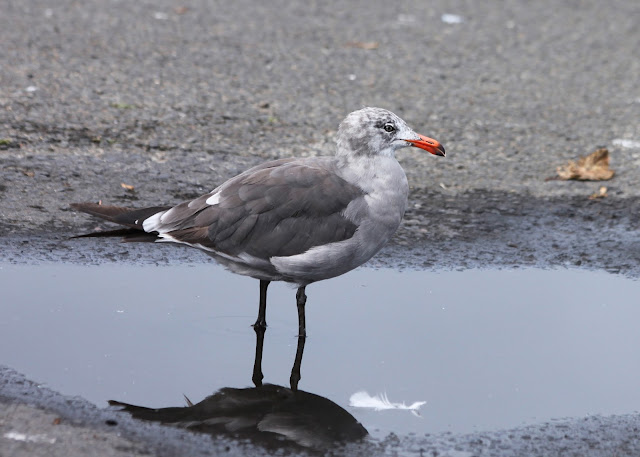 Ok, that's enough of that.  On to the terns!  Right here: 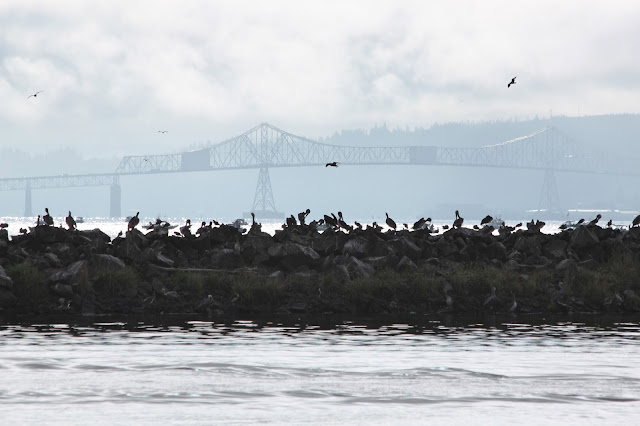 You see them right???  These rocks were just smothered with birds, but thankfully mostly grey birds making white terns and gulls stand out rather easily.  I managed to find an Elegant Tern standing in front of a Caspian another Elegant, later joined by a second third Elegant. 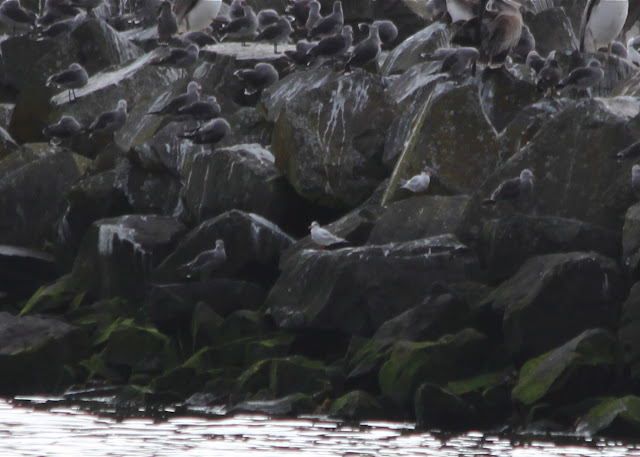 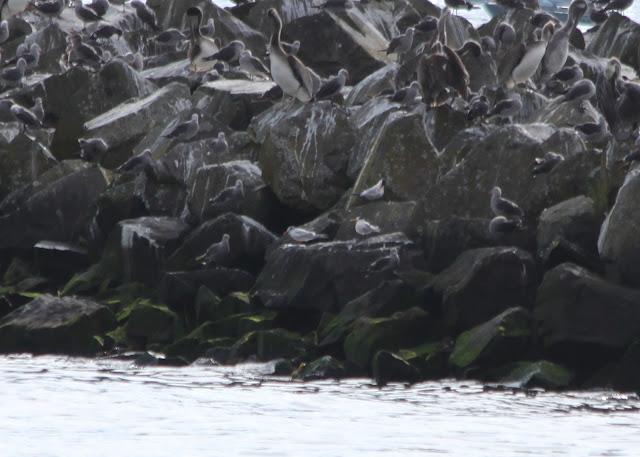 Life bird!  With the Elegant Tern under my belt I took the dogs over to Fort Stevens State Park for some running around and whatnot. 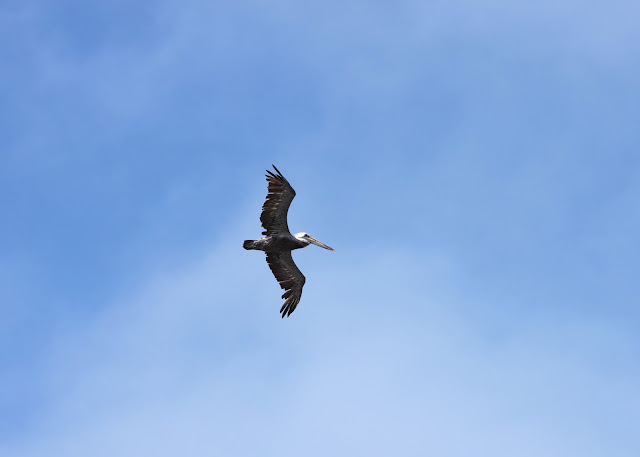 Everyone loves a pelican

Jake and Ralph have very different ideas about hole-digging.  Ralph has two well-crafted holes in the backyard, perfectly round and smooth, ideal for curling up in.  Jake digs holes and puts his two front legs in them and then lays down in an awkward position. 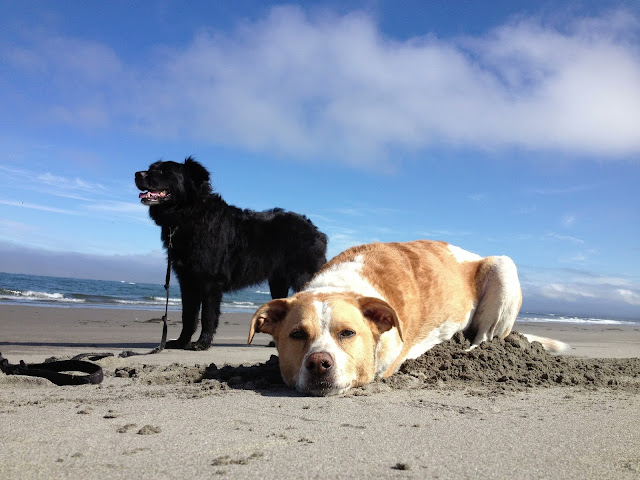 After the jetty we headed up to parking lot D for a quick walk around the beach.  We came across five dowitchers.  Now who wants to share with me their top secret way to separate silent Long-billed from Short-billed?! 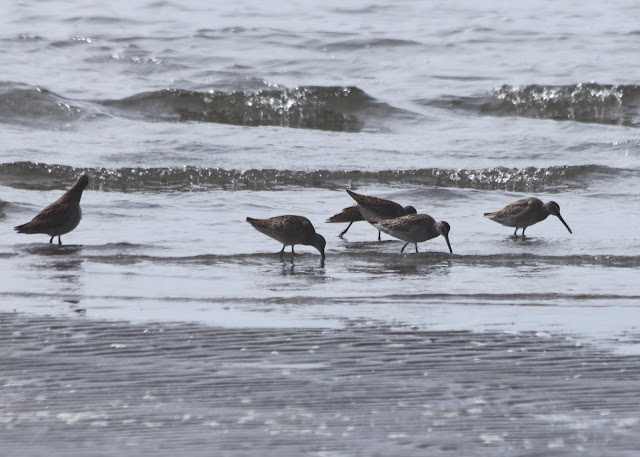 A couple of feisty Caspian Terns came tearing through and put on a lovely show for us... 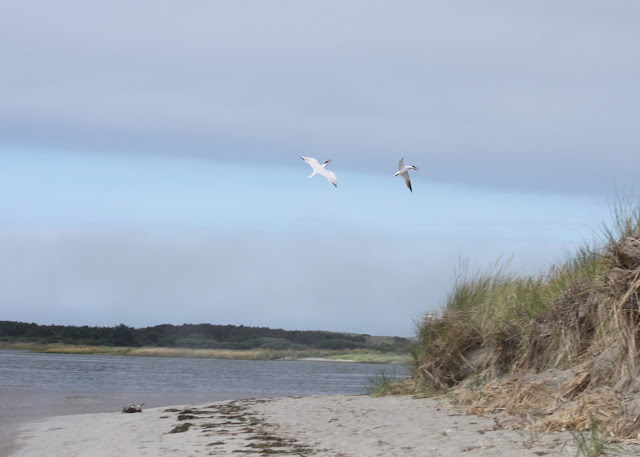 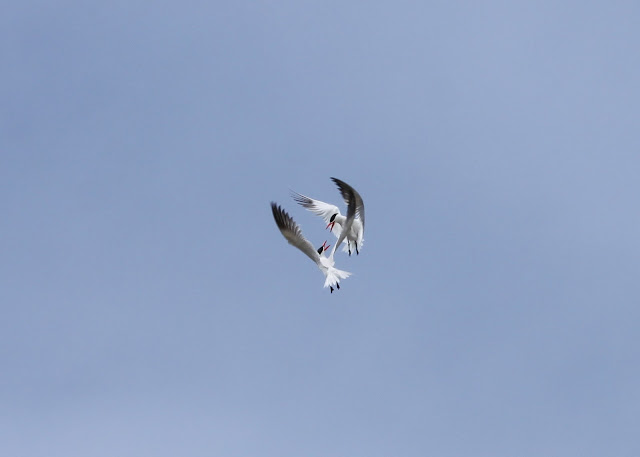 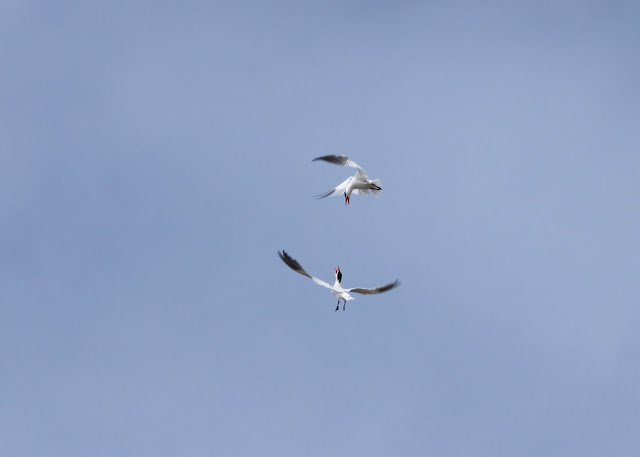 I sure do heart terns.

I stopped at a couple of roadsides on the way home- Camp 18 and the Sunset Highway rest area, and was able to add a couple more birds to my Clatsop county list.  I had no idea (til I saw the eBird report) that there are American Dippers lurking in the creek behind the rest stop!  I'll spare you the terrible photos, but wanted to share the info.  Good times!! 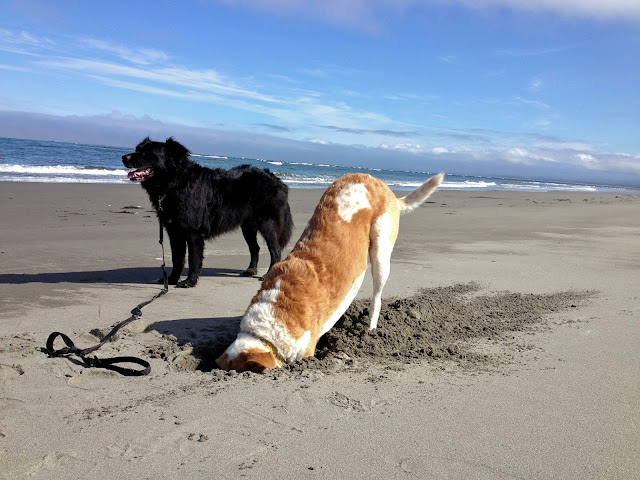