On Sunday afternoon I headed out to Mt. Ashland to try for some higher elevation birds.  The ski area seemed like a good place to start with a most breath-taking view of what I'm pretty sure is Mt. Shasta. 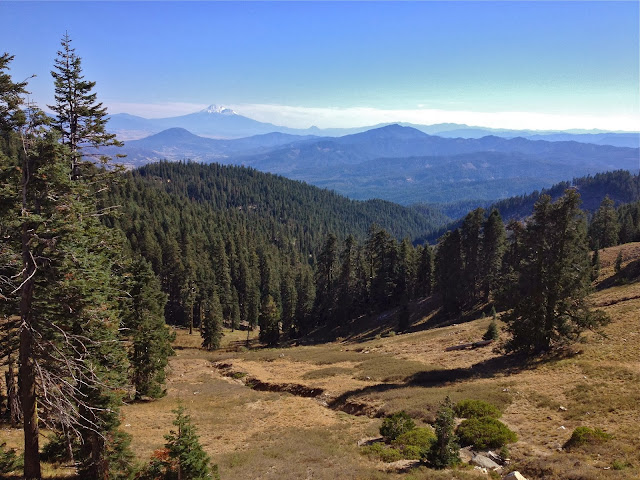 I followed a trail that led behind the ski lodge to the north down the mountain and found a flurry of Yellow-rumps, Western Bluebirds, and flickers.  Farther down the trail a couple of Gray Jays came down to check me and the dogs out. 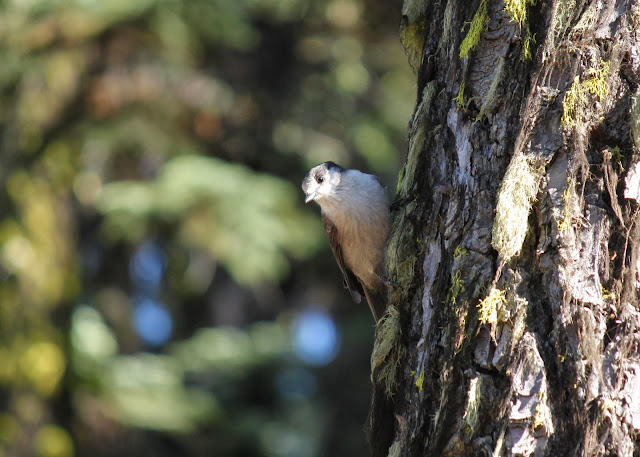 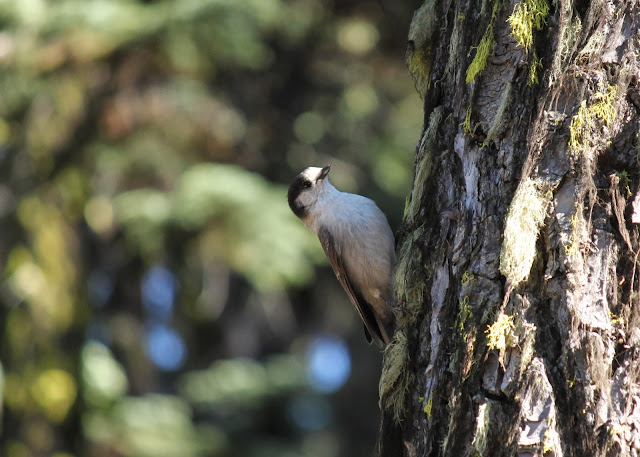 At one point I started hearing a woodpecker pecking and was psyched to find the source was a White-headed Woodpecker! 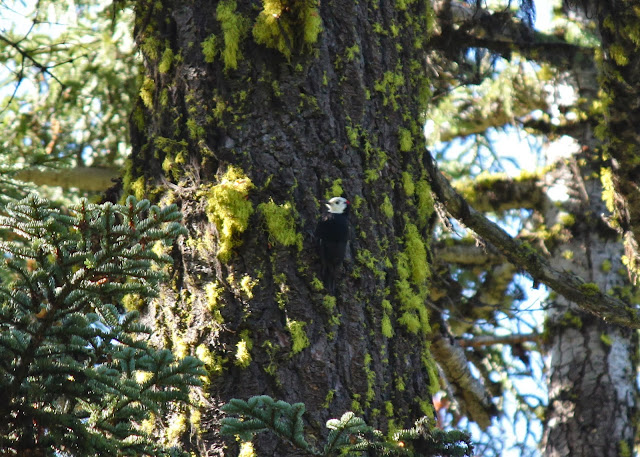 A couple of Hermit Thrushes were another nice find along the trail... 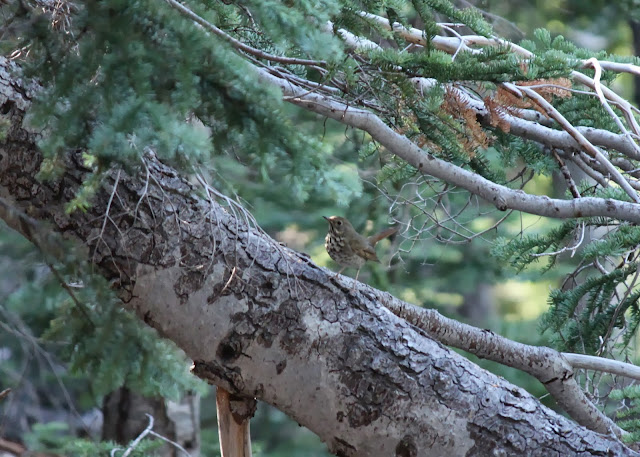 Back at the car was the same flurry of bluebirds, warblers, and juncos... 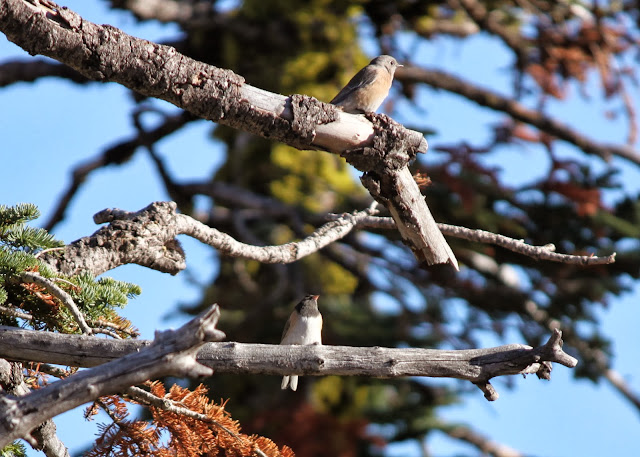 Monday morning I planned to finally venture up the trail at Upper Table Rock to find the two real target species for the county: Oak Titmouse and California Towhee.  I was a little too eager and got to the trailhead when it was still dark.  Oops.  My headlights illuminated some signs in the parking lot, including several declaring "no dogs allowed."  Double oops.  Time for Plan B. 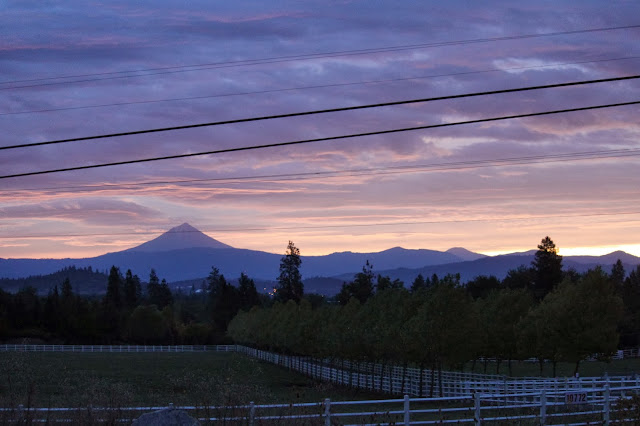 I decided to head out to Lost Creek Lake and parked at Joseph Stewart State Park.  The whole place seemed deserted, almost eerily so... 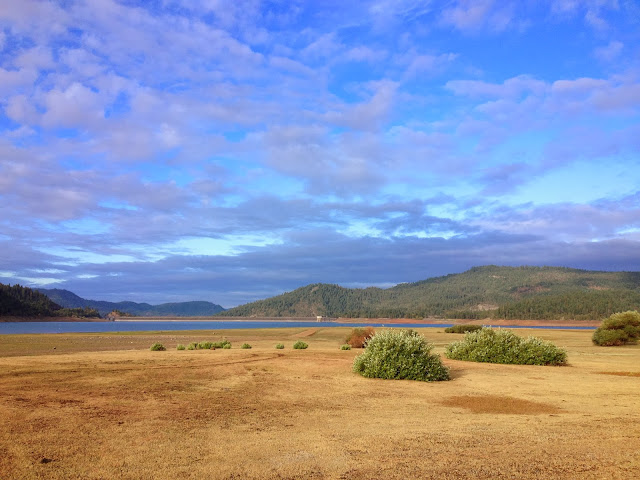 I trekked across this big field of dirt and rocks and occasionally what smelled like lemon thyme, to finally reach the water.  A couple of loons were the closest birds to shore. 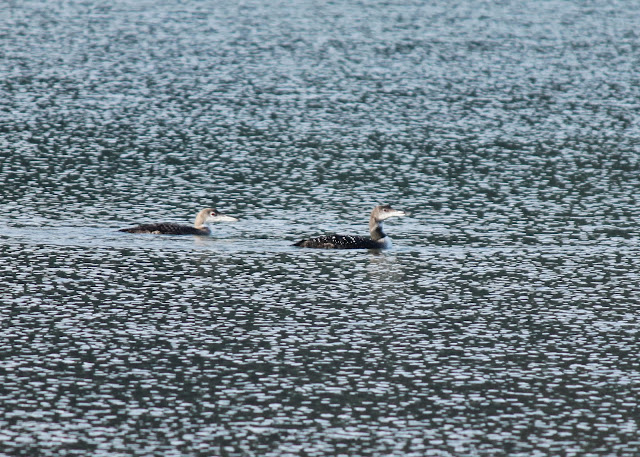 I walked the dogs along the shoreline trying to get closer to a large raft of coots, hoping for some other species mixed in.  I wasn't paying attention to the ground and was surprised when we came within 15 feet of two shorebirds.... 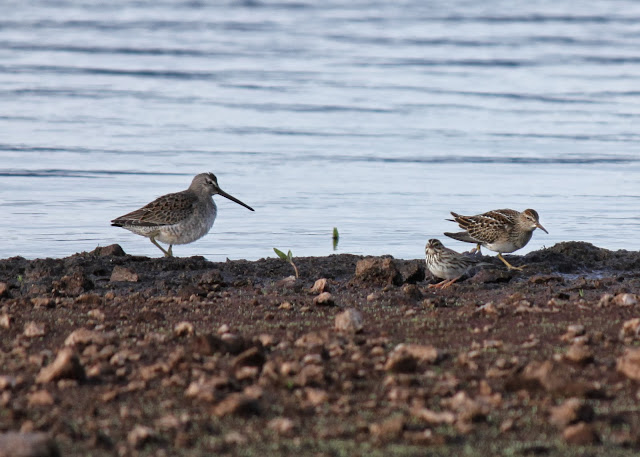 Oh and a Savannah Sparrow.  Looks like a Long-billed Dowitcher and a Pectoral Sandpiper, yes? 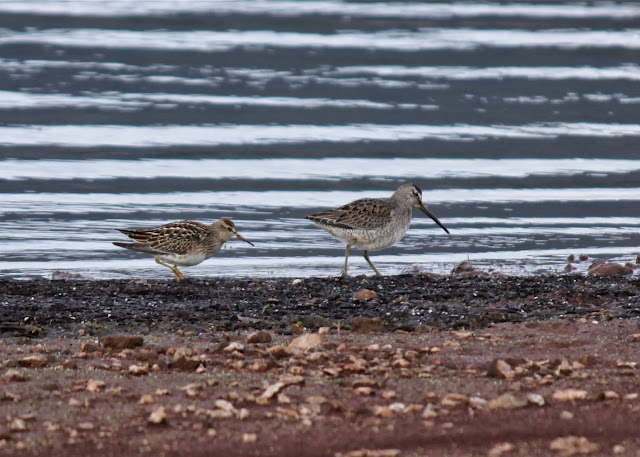 After the lake I headed back into town to check out the Kirtland Ponds.  The guy working in the office was super nice and helpful, but the birds just weren't there.  I decided on one last stop at Agate Lake before driving back to Portland.  This time I concentrated less on the lake and more on the trees around the lake.  Here I found a damn empid in the trees, of course, that Seagull Steve suggested to be either Hammond's or maybe Least Flycatcher. 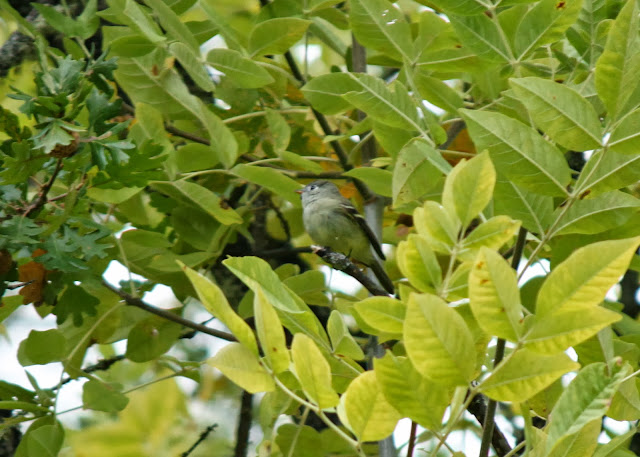 Even eBird was mad that I found an empid.  Grr...  After wandering in the trees for awhile I heard a sound that was reminiscent of a chickadee being brutally strangled.  Oak Titmouse!  Finally!  I got some fantastic looks at it: 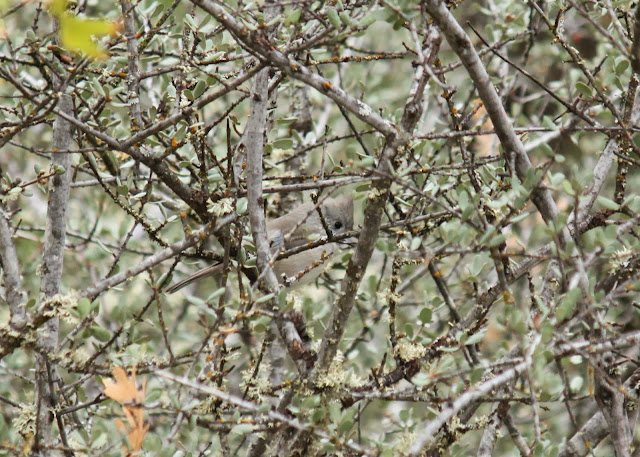 False.  But a new state bird nonetheless.  Closer to the edge of the trees I started seeing Lewis's Woodpeckers flying from tree top to tree top. 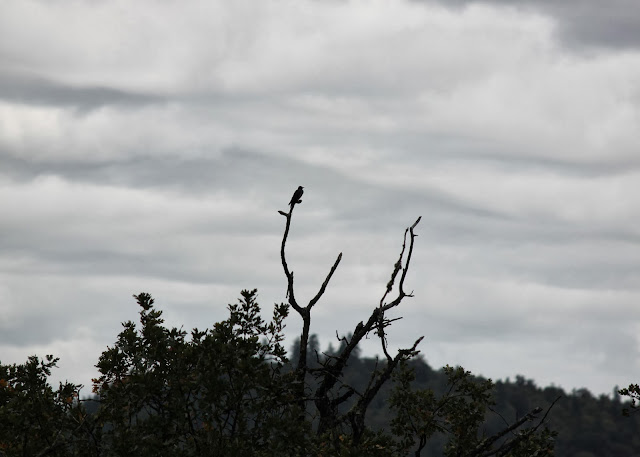 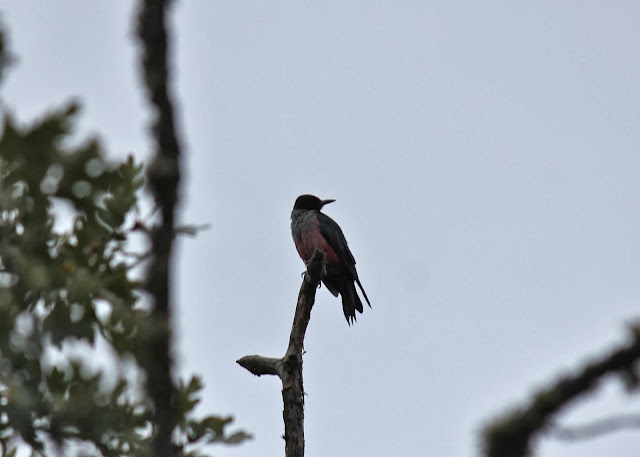 It was well past my planned departure time at this point and I finally dragged myself and the dogs back to the car.  Never found a California Towhee.  On the way out the park road I stopped to look at bird that had flown across- my last new Jackson County bird... A Lark Sparrow. 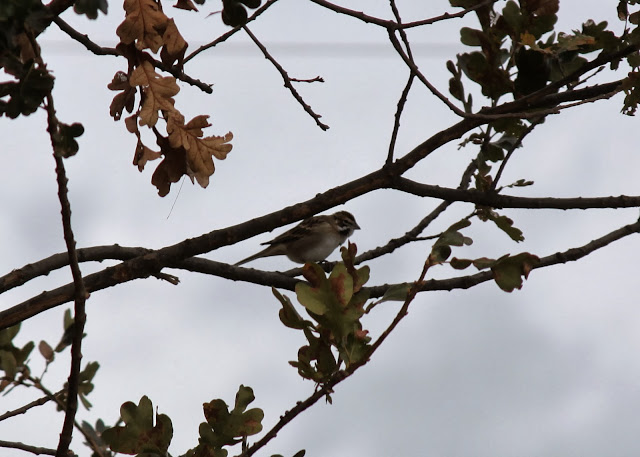 Is it too soon to go back this weekend??  Good times!! 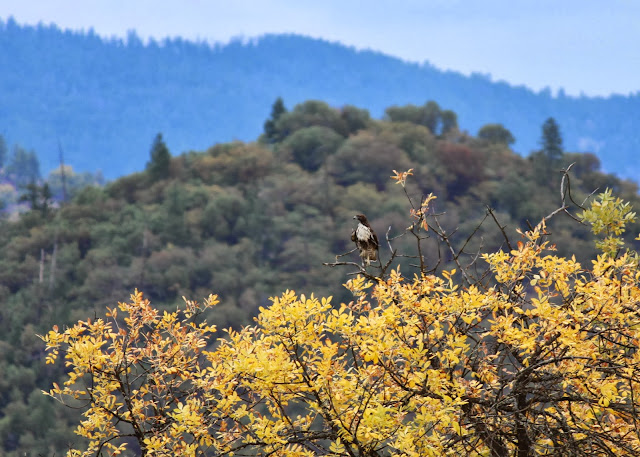