on October 08, 2013
I spent last weekend down in Jackson County, the last county before you hit California.  I had never visited this part of the state, only driven through on the way to other places.  It's freakin gorgeous.  My home base was Medford which my coworker today referred to as a "shithole with only one strip club."  So yeah, there's that.  I actually thought it was just fine with easy access to all sorts of loveliness.

My first stop was Valley of the Rogue State Park along the Rogue River. 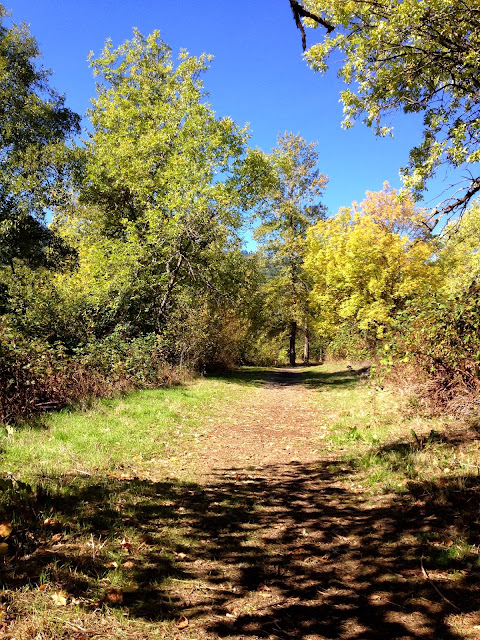 The trees were loaded with Yellow-rumped Warblers.  This was a recurring theme in my southern Oregon adventure. 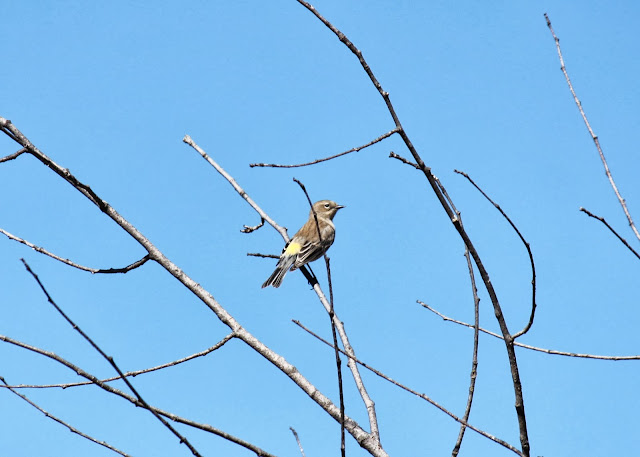 The mutts were stoked to be on vacay. 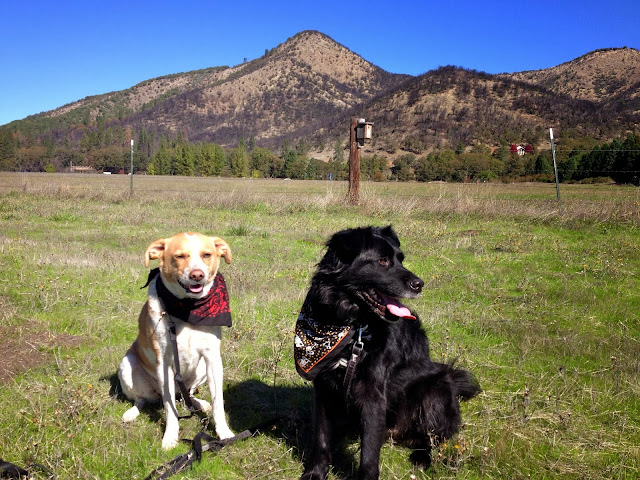 We stopped by the Kirtland Road ponds only to find they were closed on the weekends.  A singing Western Meadowlark felt our pain. 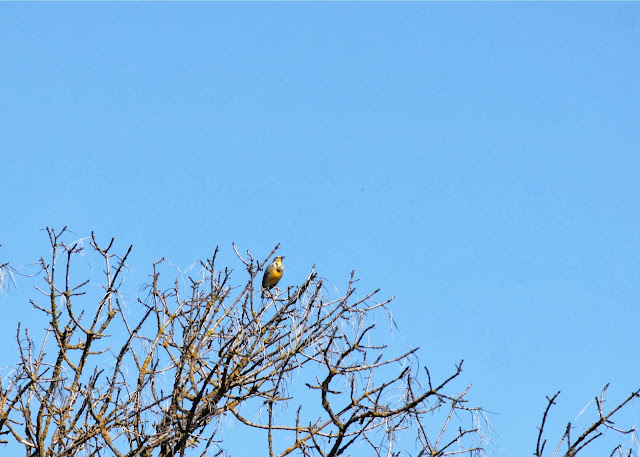 We happened upon a park nearby called Tou Velle State Park, another park along the Rogue River.  This is where I realized that Jackson County is smothered in Acorn Woodpeckers. 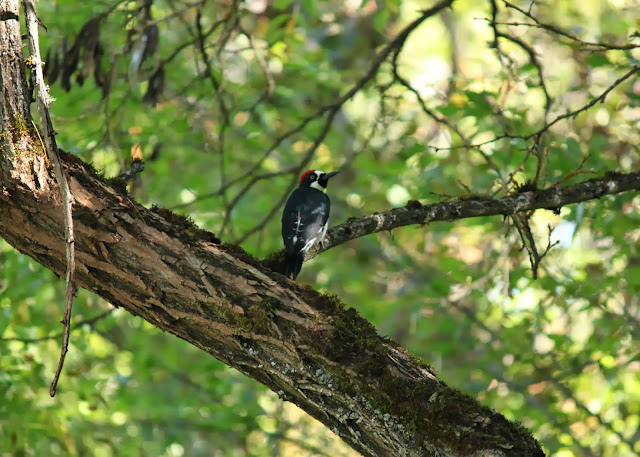 And some of them are a tad naughty. 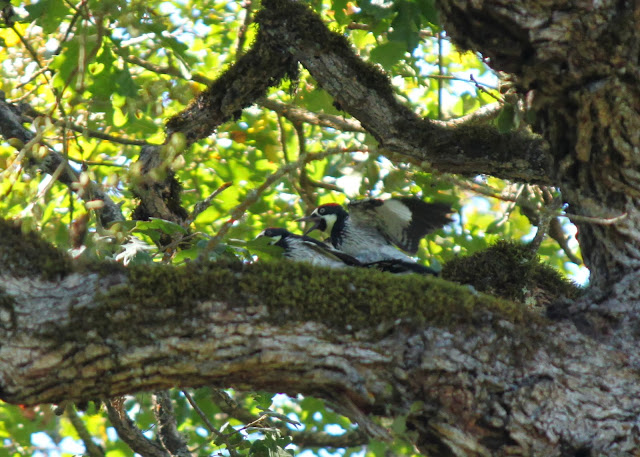 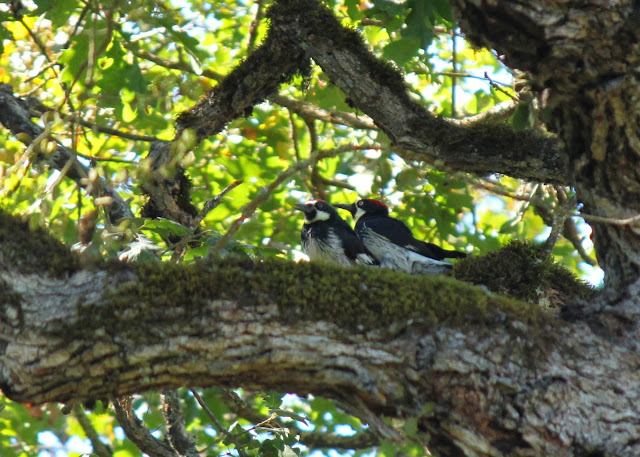 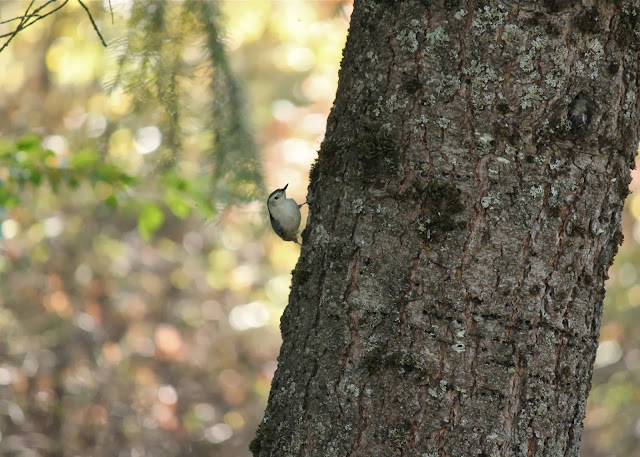 After securing a motel room for the next couple nights I took the dogs out to Agate Lake for the last hours of daylight.  Mt. McLoughlin provided a sweet backdrop. 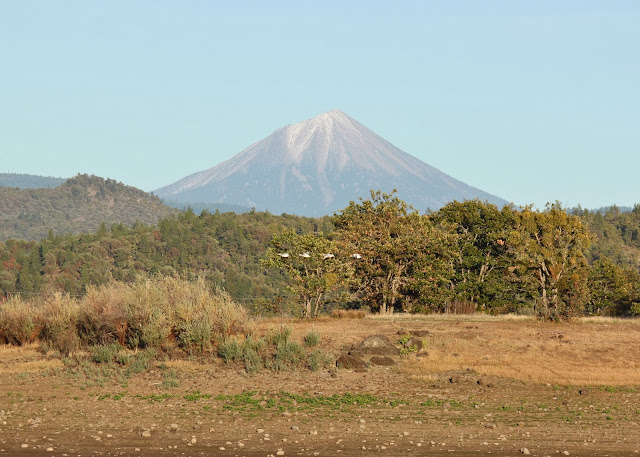 The only Snow Geese of my trip

After walking around and getting seriously stuck in mud several times we called it quits.  I am so glad I made it back to this lake on Monday before returning home, but that is a story for another post.

Sunday morning I headed up to a higher elevation area along Dead Indian Memorial Road, for the slightest chance of finding a Great Gray Owl (or three) seen the previous week.  No luck, as expected.  That would have been WAY too easy.  I stopped at nearby Howard Prairie Lake and enjoyed the scenery... 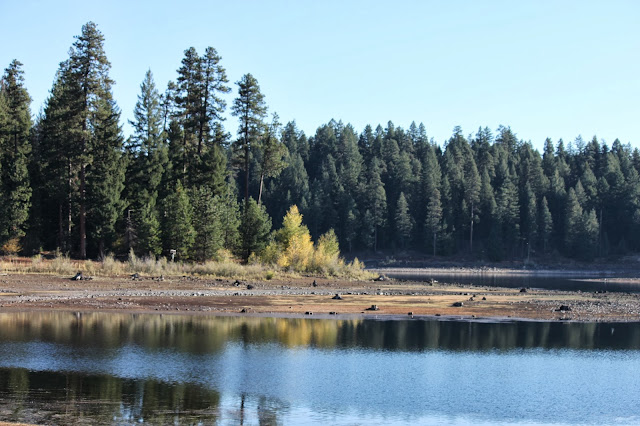 And the abundance of Eared Grebes... 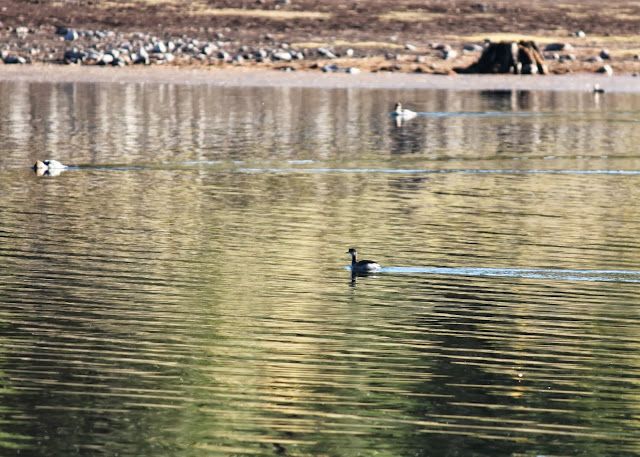 Our next stop was Emigrant Lake, a rather beautiful reservoir just outside Ashland. 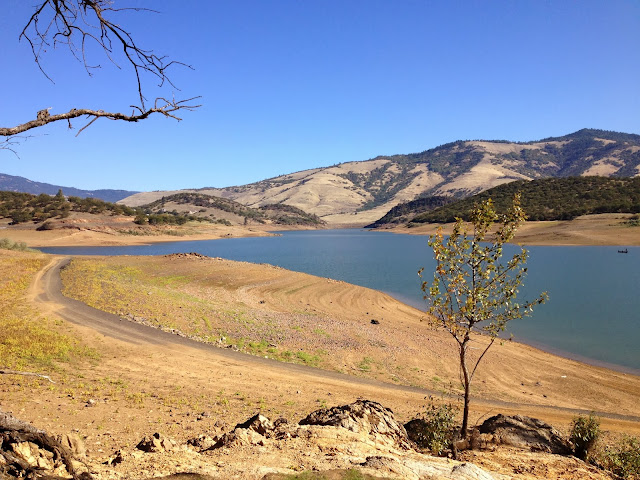 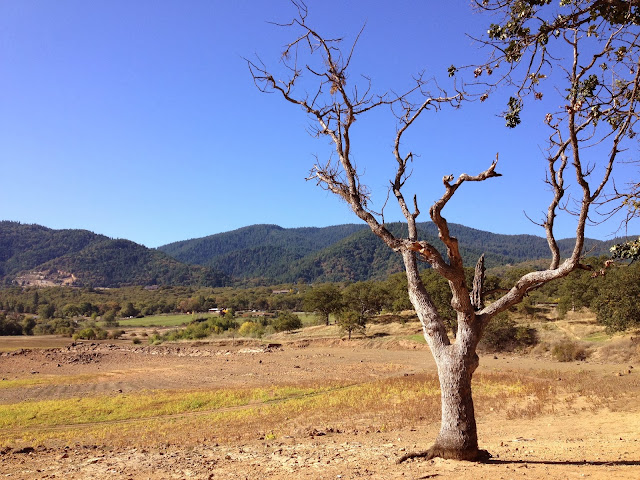 Here we finally found some swallows which had been oddly absent at our previous stops.  A pretty Red-shouldered Hawk made a brief appearance... 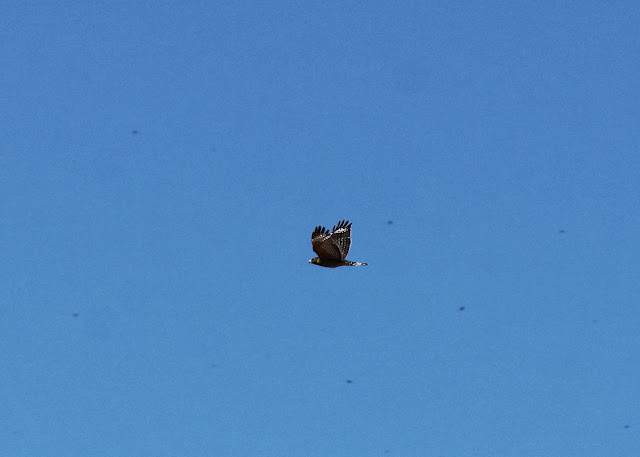 Emigrant Lake had good numbers of lizards too. 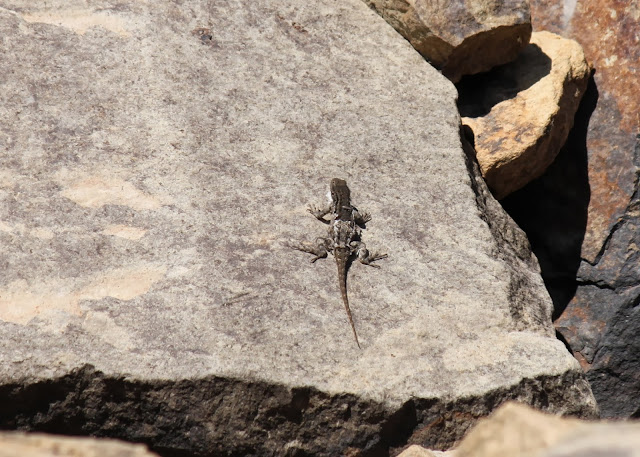 That's all from my trip for now... More to come soon!  Good times!! 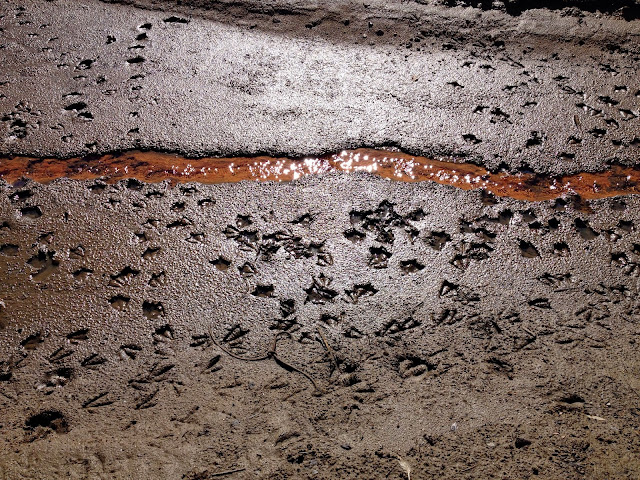