on October 21, 2013
Something about October makes me want to run around in the mountains.  Maybe it's because I know the snow is coming and soon my car will weep at the thought of gaining more than a few hundred feet in elevation.  Anyhow I took the dogs up to Timothy Lake near Mt. Hood for a hike Saturday morning. 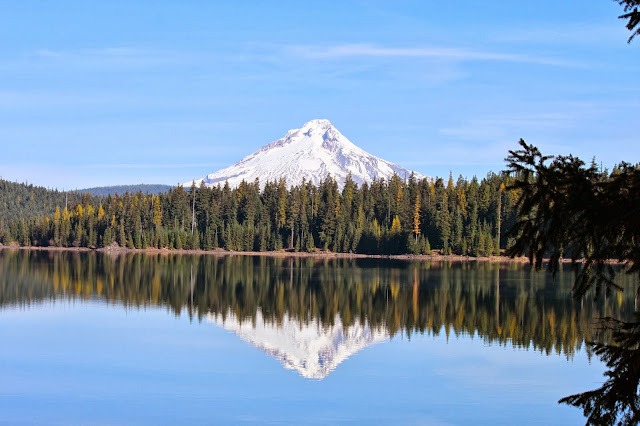 I don't know what we have done to deserve this amazing weather, or what we will have to suffer to pay for it, but I will try not to think about it...

The first bird I saw on the lake was chilly little Eared Grebe. 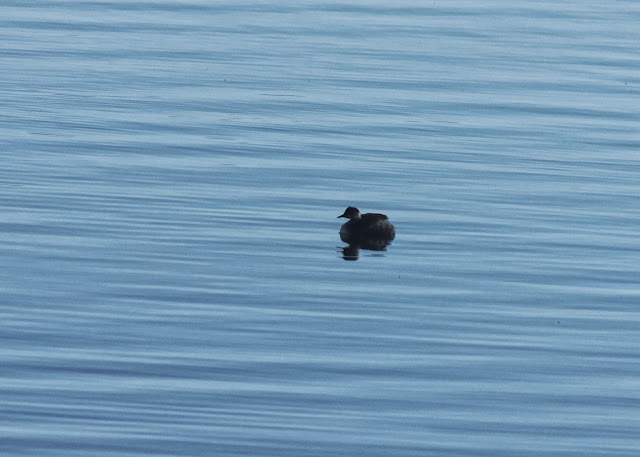 I noted five Barrow's Goldeneyes flying by, and it was only after looking at my photos that I realized one was an imposter. 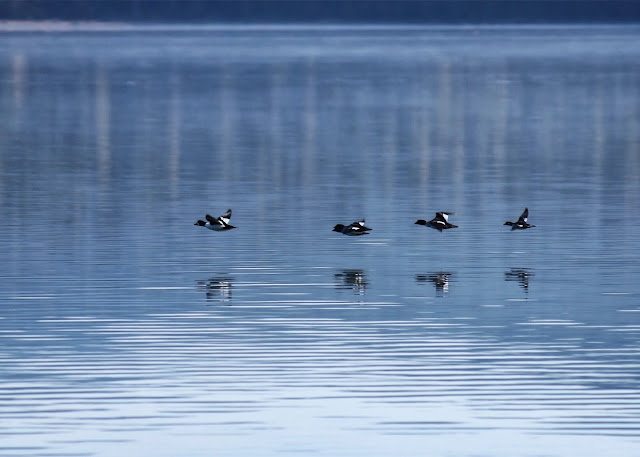 I spooked a couple more Buffleheads when I crept out of the woods onto the beach. 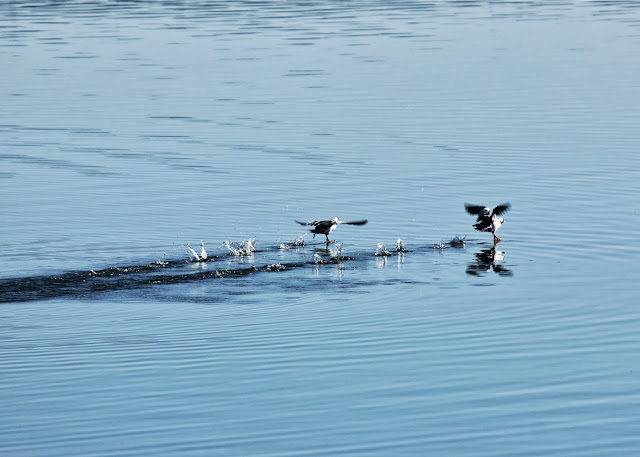 Most of my hike I could see at least three Common Loons out on the water at one time, possibly up to five at one point. 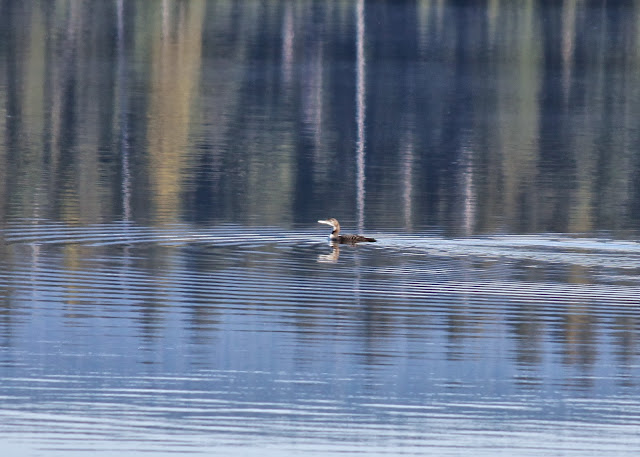 We had hiked a couple miles when I realized I had not brought any water and should probably not try to hike the entire lake- a 13 mile loop.  It was a bummer but a lovely hike regardless.  On the way back the mergansers were all out and about... 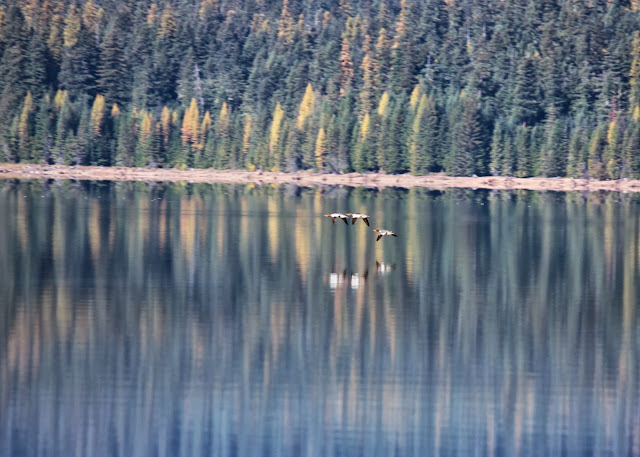 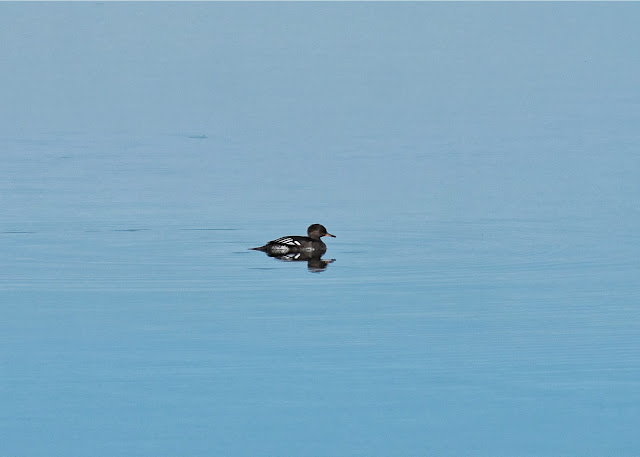 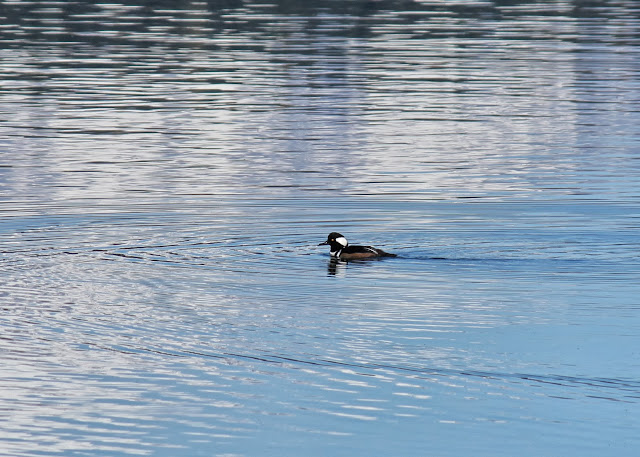 Of course this happened: 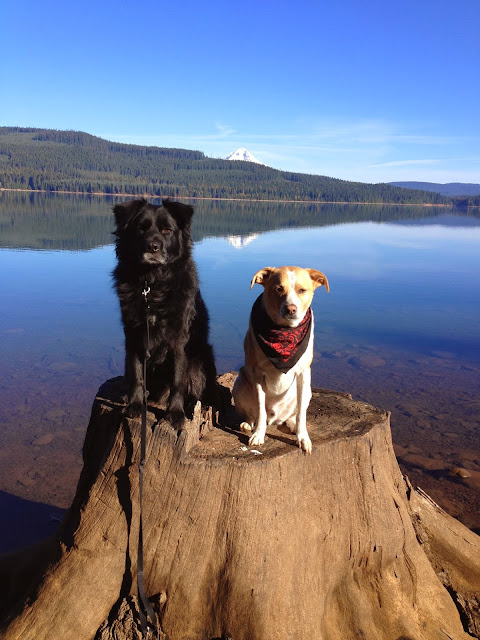 After Timothy Lake I had hoped to finally track down Frying Pan Lake.  I drove down a bunch of random forest roads till I amazingly ended up in the right area.  This is not a popular area by any means.  The road that leads to the lake is a rocky dirt road so I parked at the end of the road and walked in with the dogs.  Just as I was thinking I might pop a squat I heard a man say Hey there!

Fact: no matter how nice and normal a man might seem, if he pops out of the trees with no apparent reason for being there, he is a serial killer/rapist/psycho in my eyes.  The man introduced himself and asked if I was mushroom picking.  I said no I was looking for the lake and he pointed me in the direction of it.  By the time I got to the lake I felt super creeped out and only took four shots that all looked like this: 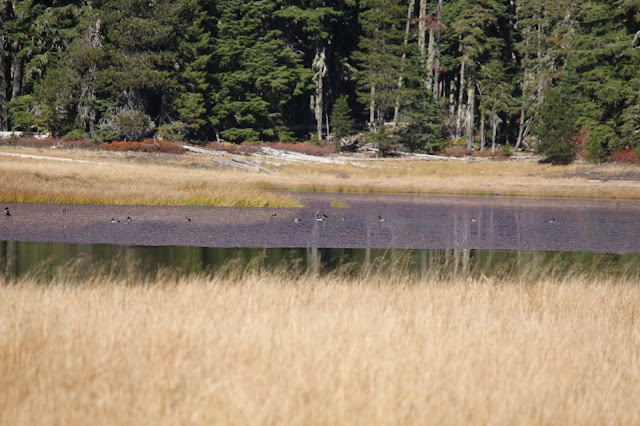 I walked back to the car super uneasy.  We drove back up the road and saw the guy again, still with no apparent reason for being there.  I would have felt better if he had a gun or something because at least hunting seems legit there.  Good/creepy times.
Barrow's Goldeneye Bufflehead Common Loon Common Merganser Eared Grebe Hooded Merganser