on November 18, 2013
That's right.  Fruit.  Flowers.  Appliances.  These are the gifts that "i used to hate birds" will be expecting tomorrow, its fourth anniversary.  Hallmark says so.  In reality, I have been debating how to celebrate this occasion, and have decided to light a fire, crack open a Jubelale, and tell you all some stories.  Gather round, kids... 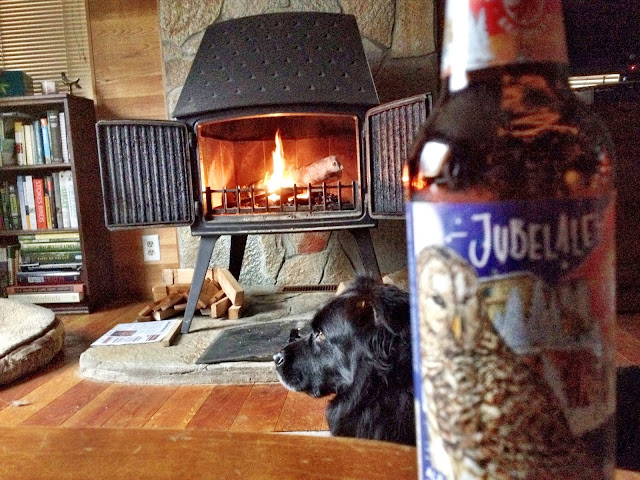 Let's take a trip back to the summer of 2009.  I had recently returned from a failed attempt at moving away from Portland- failed because apparently distance does indeed make the heart grow fonder.  I missed this wet and ridiculous city.  I wanted it back as soon as it was in the rearview.  The Portland I returned to was not quite the Portland I left six months earlier.  Friends had moved away, and more were planning to leave.  I was about to be living in a city of acquaintances, fake friends, and ex-boyfriends.

This sounds kind of terrible but it was really the best thing that could have ever happened.  I started doing stuff that I had always loved doing... Exploring, taking little adventures with Jake, taking pictures, really truly appreciating this amazing place where I lived. 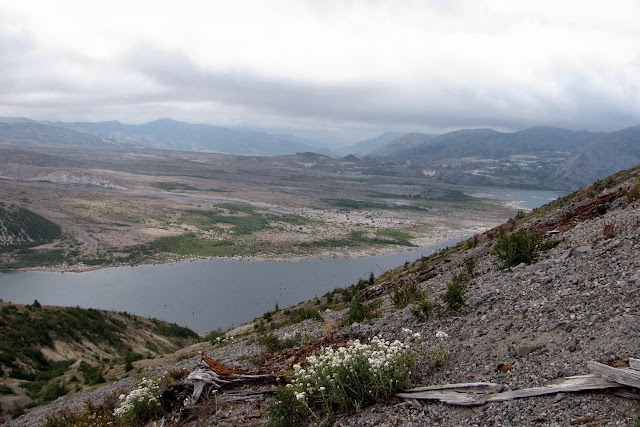 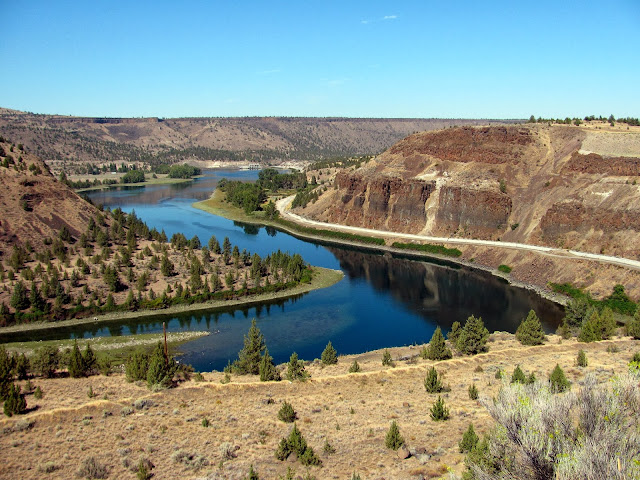 Driving east, just to see what was past Mt. Hood, September 2009

The more little adventures I took, the more I wanted to take.  The more things I saw, the more I wanted to know what they were.  I've mentioned the Osprey at Kelley Point Park before.  It was one of the first birds that just blew me away- not only was it a gorgeous bird, but how the HELL had I never noticed one before? 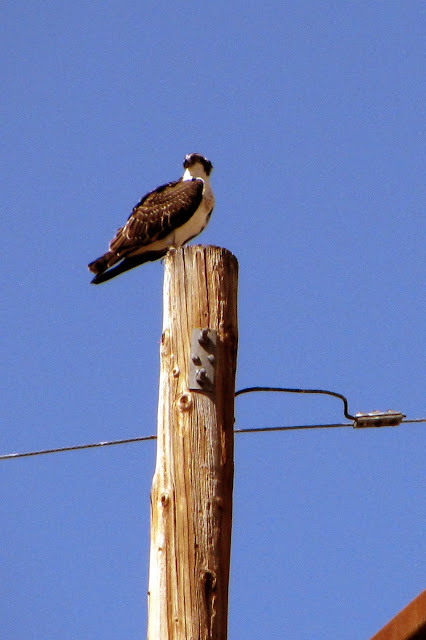 I had always wished I had some kind obsession.  A passion.  Something I just loved.  Dudes I dated were obsessed with their bands, or taking apart motorcycles, or taking apart amps (ok that was all the same dude, but you get the idea).  I never really had that.   But as I kept up my adventures, my photos were starting to shift focus... Less photos of Jake, more photos of birds.  I think you can see where this is going.

One day in November of 2009 I discovered Force Lake.  I only learned it existed because my normal shortcut to Kelley Point Park was closed, and the detour took me by the lake.  I loved the little stone walls and the fact that no one else was there.  I clearly remember watching a blue heron fly across the lake and taking its photo... 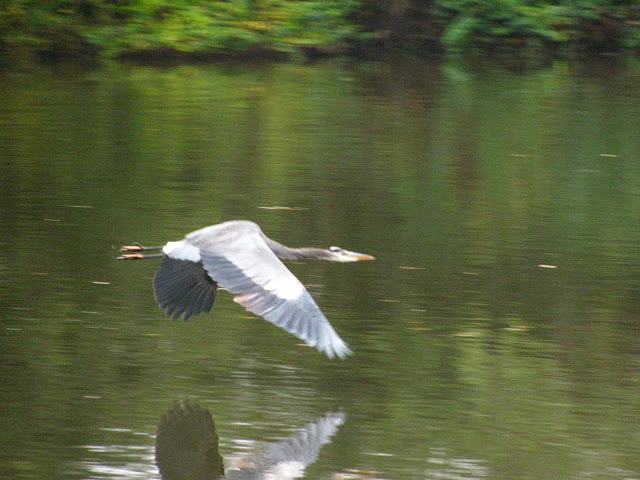 I remember that moment.  That was when it clicked:  holy effin crap (that's the edited version), I found something I love.  I loved the birds, I loved taking their pictures, I loved exploring new places and finding these seemingly magical and secret spots.  I was hooked on the whole thing.

A week later I started this blog.  I wanted to remember these places.  These birds.  Look up their names and learn what they were all about.  Share them with my mom, who always loved birds.

I had no idea what would come of this blog.  I had no idea anyone would ever read it.  That I would actually make friends because of it.   That I was becoming a giant freakin bird nerd and there was no turning back... 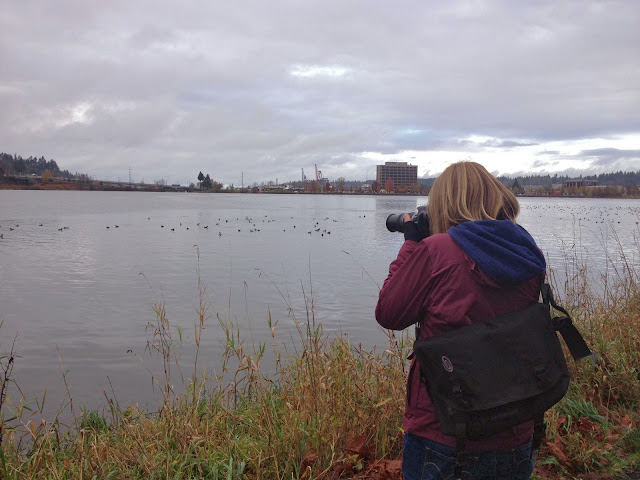 Nerding out in Olympia yesterday (Capitol Lake, checkin out the Canvasbacks)

Lastly, I want to say thanks to you all.  You've made this journey a pretty fantastic one.  High fives all around.  You guys rule.  Cheers!
Great Blue Heron Osprey