on November 30, 2013
The first two days of my five-day weekend are over.   I birded a lot but don't feel like I have much to show for it.  So it goes.  Thanksgiving morning I got distracted by the bird party in the yard.  Lesser and American Goldfinches were getting along. 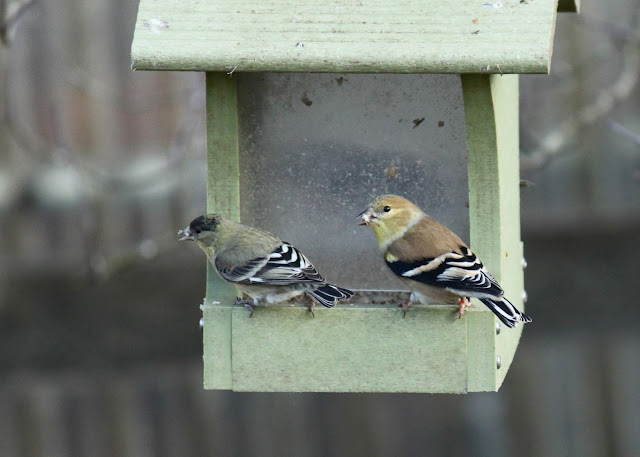 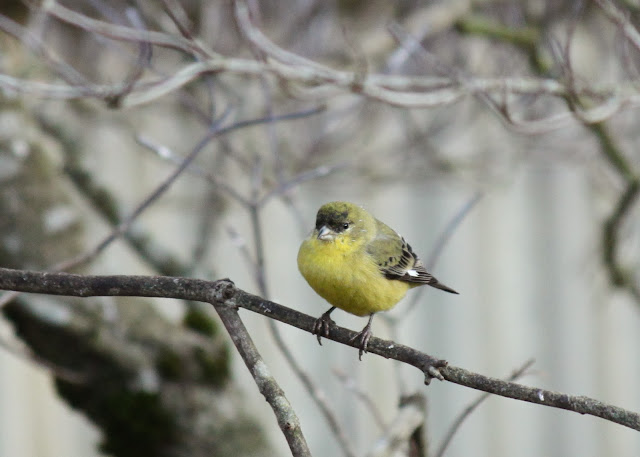 Later on I headed down to Ankeny and Baskett Slough NWRs with my friend, where we failed to find just about all the birds we looked for.  Acorn Woodpeckers are nice though. 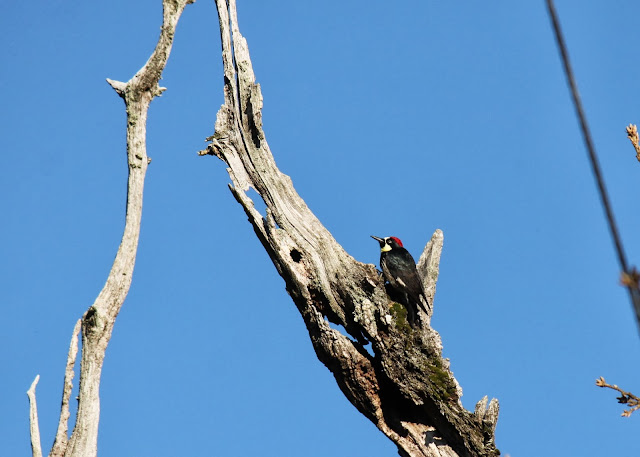 At Baskett Slough we hiked up to the lookout where children were running wild.  Eventually they left and we got to enjoy some deer, a hooting Great Horned Owl, and the sunset in peace.  Minus the gunshots, of course. 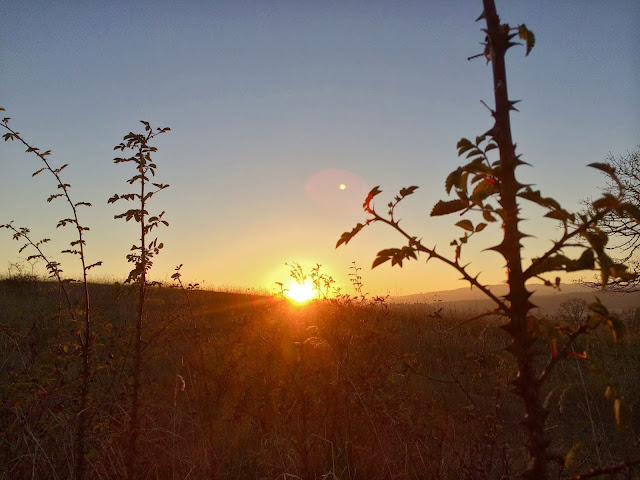 Yesterday we went up to Powell Butte to look for shrikes.  Again, major fail.  At least it wasn't raining and the scenery was nice. 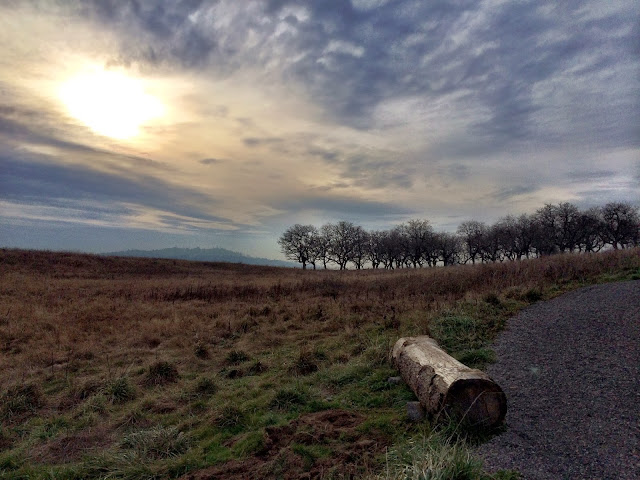 The best bird was probably a Red-shouldered Hawk that I took five terrible photos of and promptly deleted.  Later on at Whitaker Ponds I got to witness the fact that it's become a dumping ground for animals.  Someone had told me about a couple of chickens they saw wandering around recently, and I saw what was left of them. 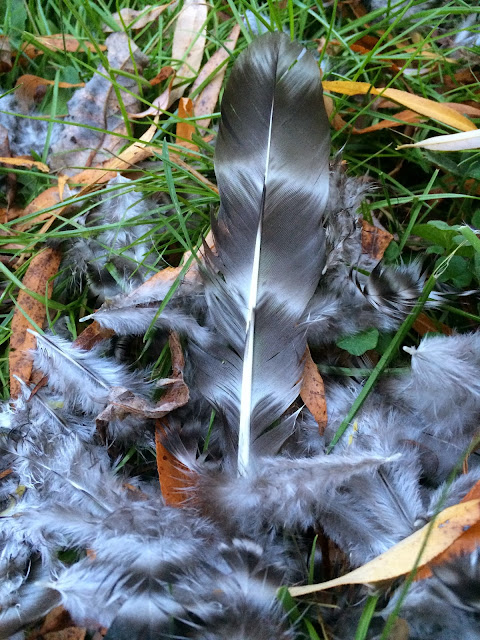 We also found a couple of non-wild bunnies that were just hopping around, being bunnies. 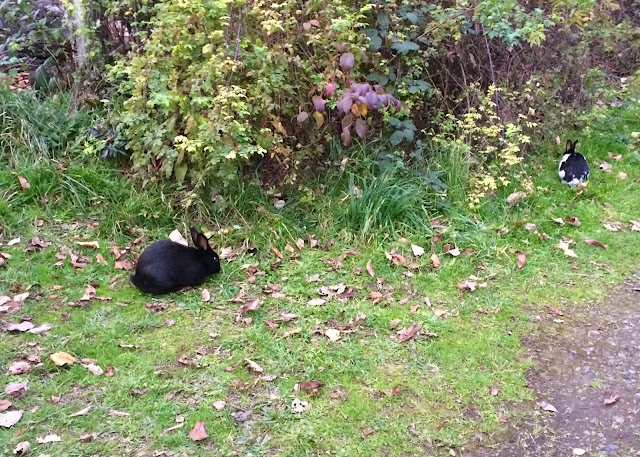 Maybe next time I visit someone will have dumped their pet wolf.

Anyway.  This morning after running some errands I stopped by Force Lake.  There were about twenty Hooded Mergansers hanging out, along with a few Common Mergansers, Canvasbacks, Mallards, etc. 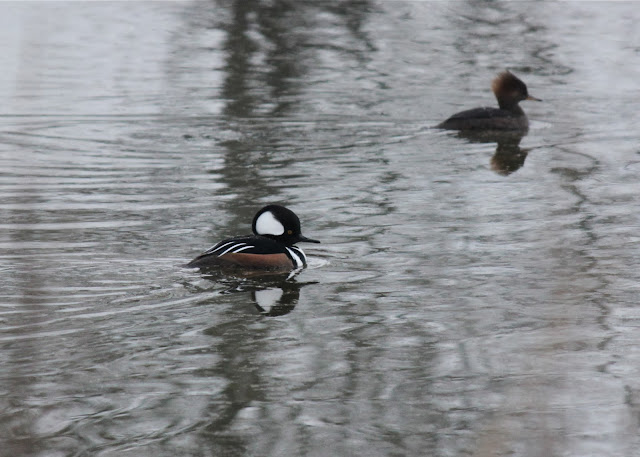 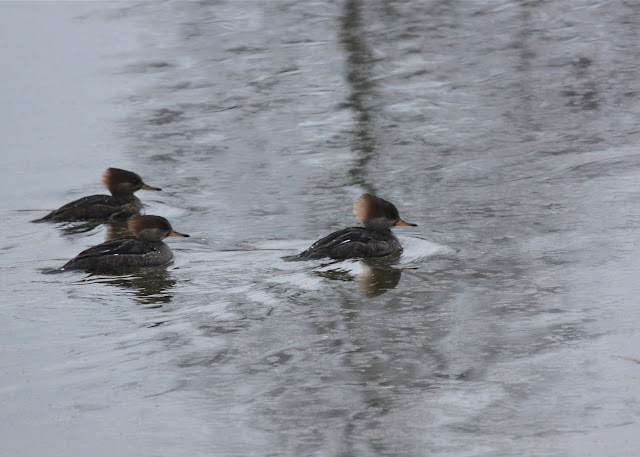 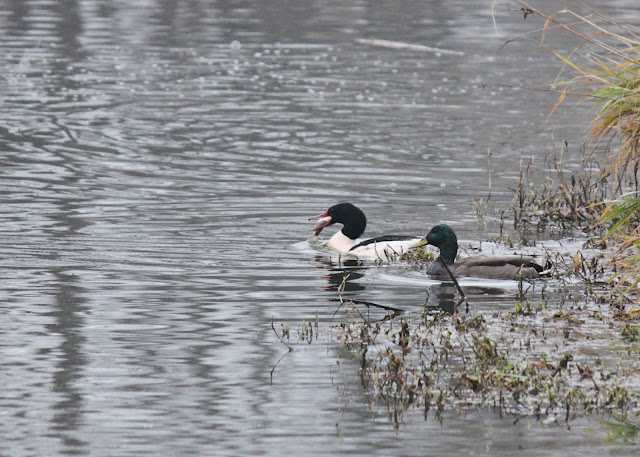 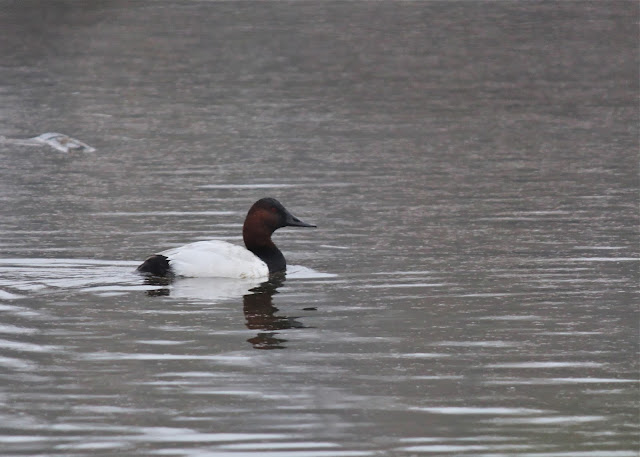