on December 15, 2013
Driving east from Portland is always a fun time.  The birds and landscape change more dramatically than driving south, and there are way less people to trip over.  Yesterday I headed that way with my friend to visit some old spots and some new ones too.  First stop:  Eagle Creek. 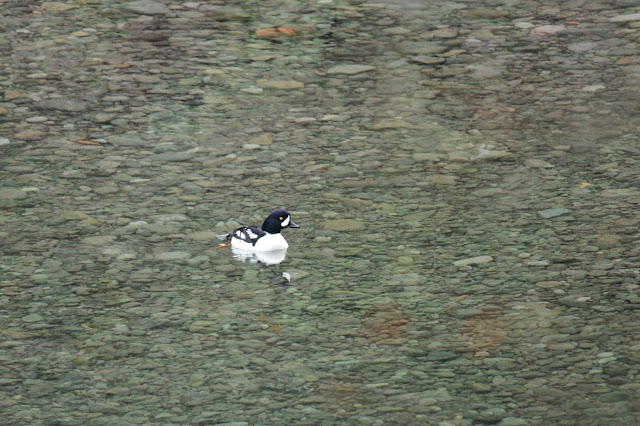 I was pretty psyched for some side by side comparisons of female Common and Barrow's Goldeneyes.  The differences in bill shape really stood out, and the Barrow's looked noticeably smaller, though Sibley suggests that Barrow's are actually slightly larger in general. 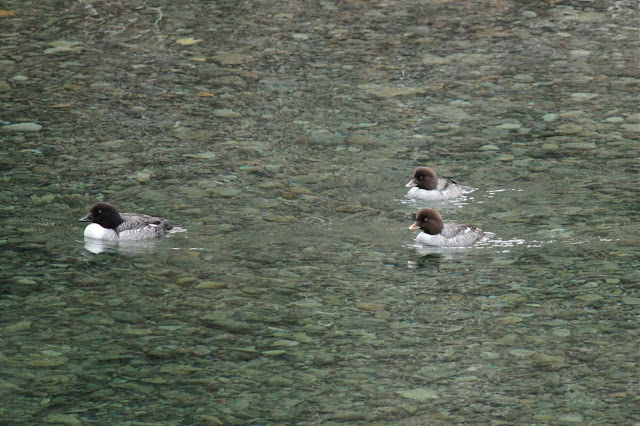 While we were standing on the freeway exit bridge looking down on the creek, my friend pointed out an American Dipper hopping on a log.  The bird proceeded to put on quite a show while we were able to watch from directly above.  A unique experience for me... 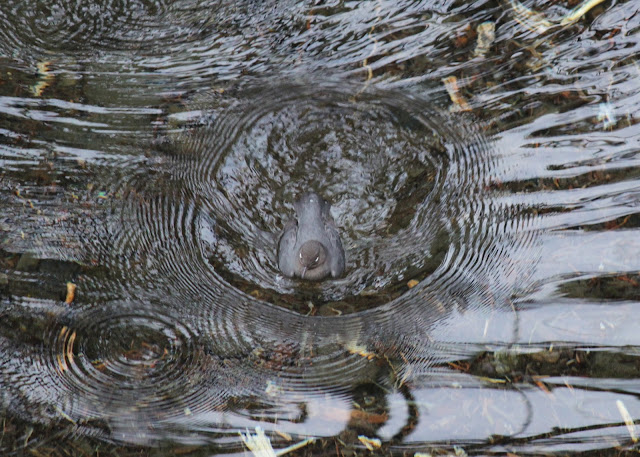 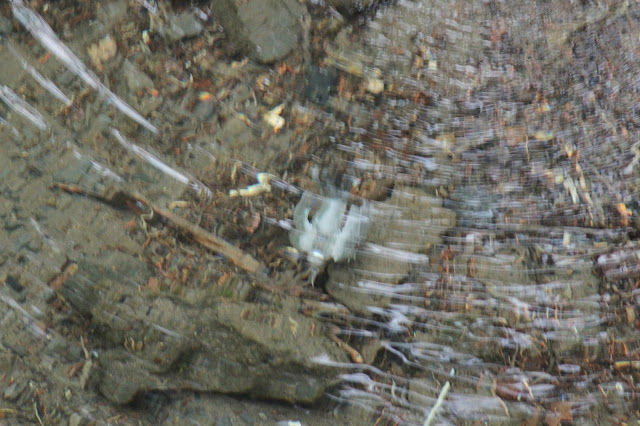 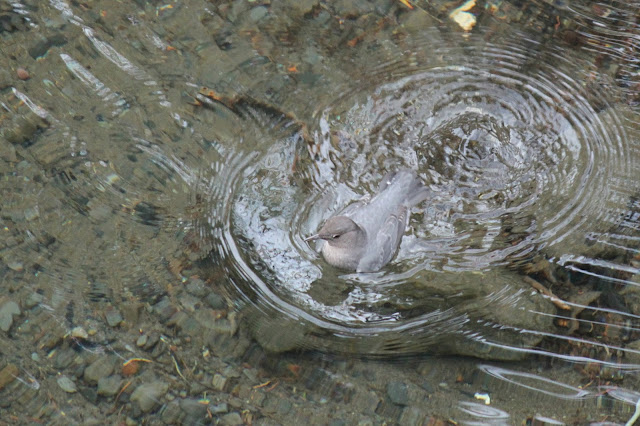 From the overlook we saw even more goldeneyes, coots, and a dipper swimming like a maniac in much deeper water... 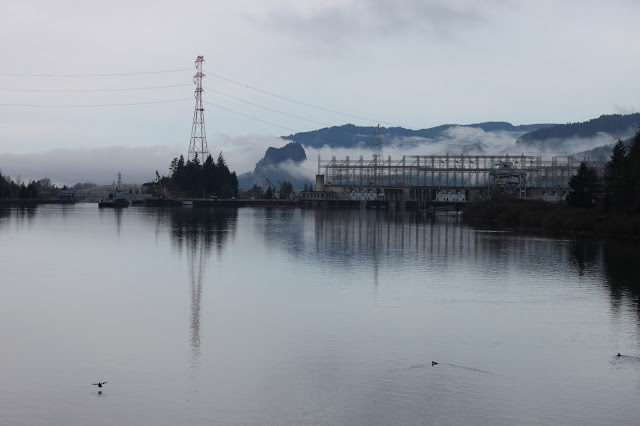 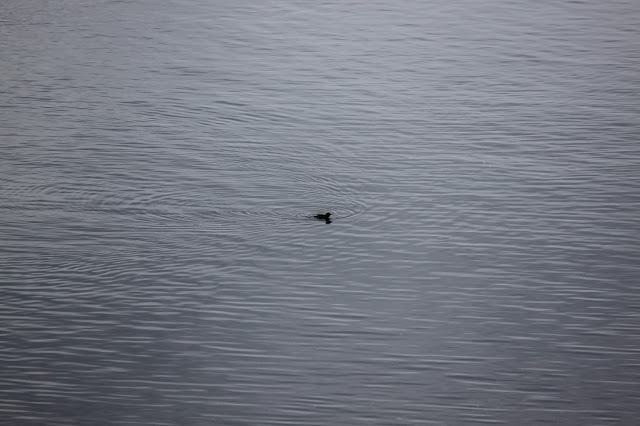 From Eagle Creek we continued our eastward travels, eventually exiting the interstate to the more scenic Mosier-The Dalles Highway.  A Wild Turkey along the side of the road was an awesome surprise... 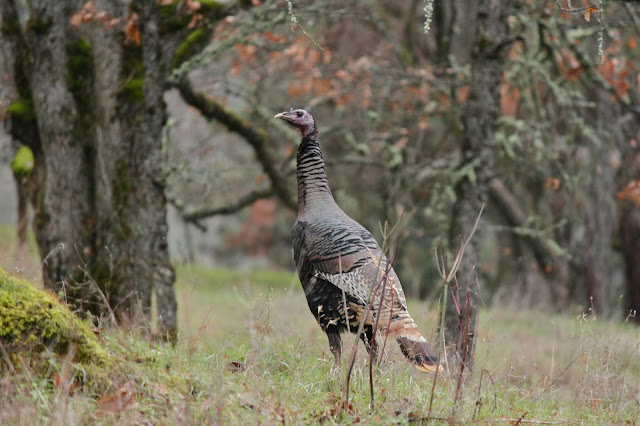 Only my second time seeing a turkey in Oregon... So cool.  More from this road... 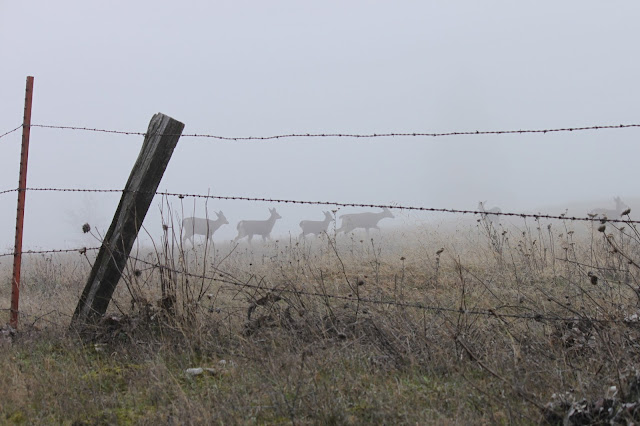 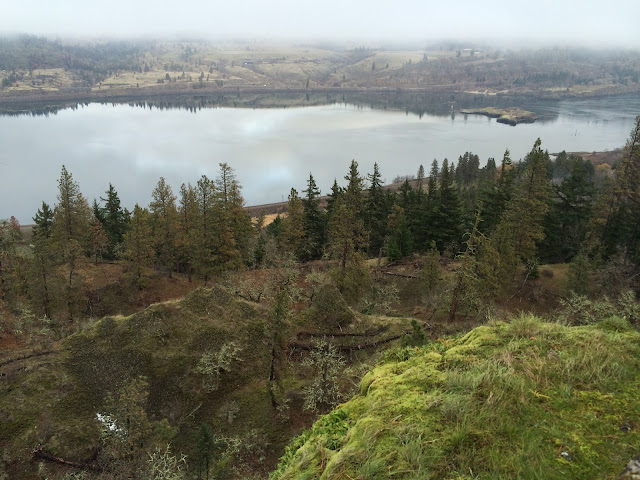 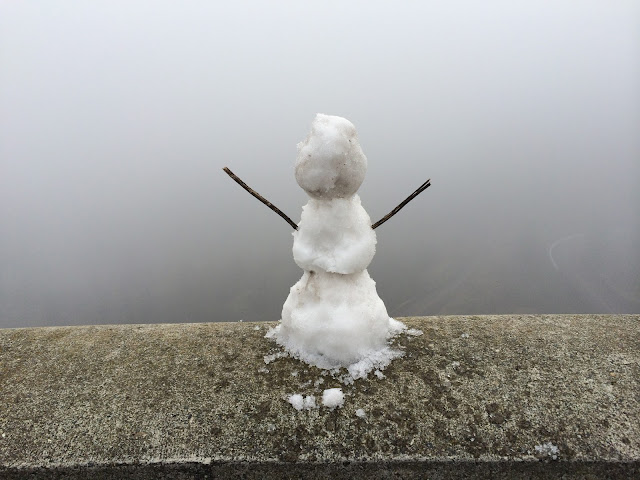 First snowman of the year at Rowena Crest

Next stop: Deschutes River State Recreation Area.  I love this park so much, and with zero other people on the trail it was even better. 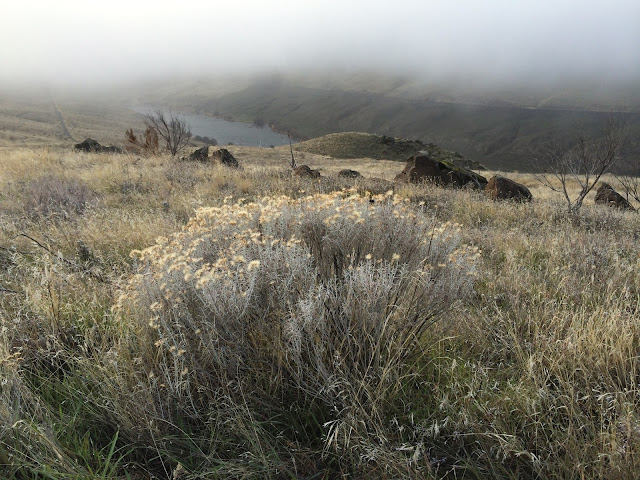 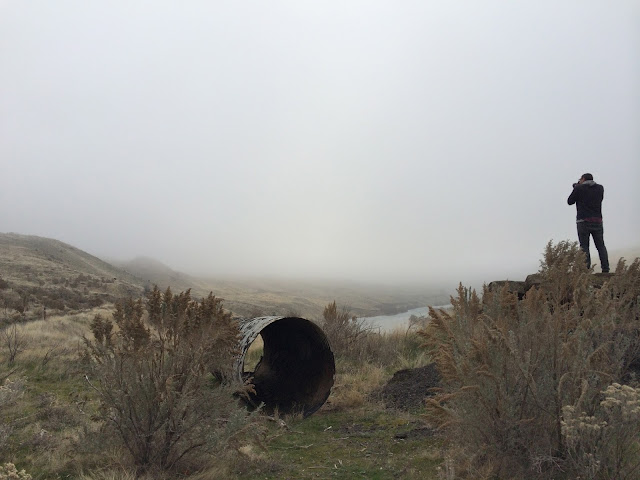 I managed to summon a Rock Wren that gave us very nice views, but never heard or saw any Canyon Wrens. 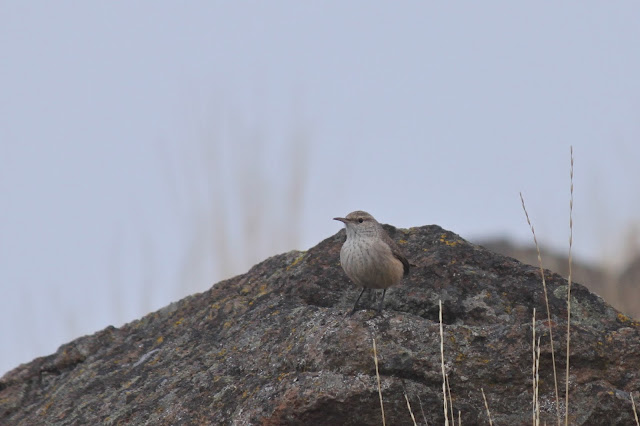 Along the trail was this little fella that I am tentatively calling a greenhouse stone cricket: 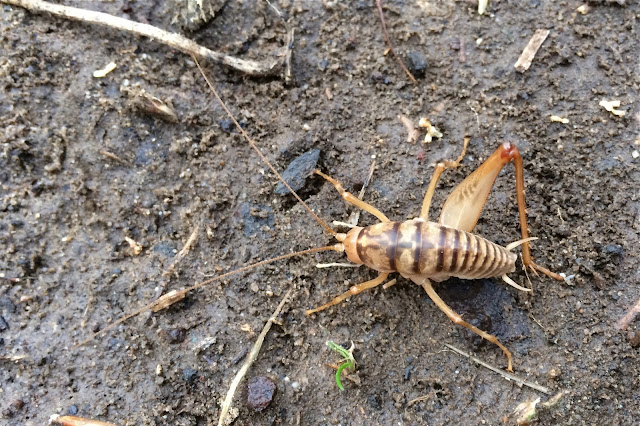 Seems to be missing one of its legs.  Made me think of this story on NPR not too long ago, which is pretty amazing.

With sunlight disappearing quickly we continued on south down 97 to Grass Valley, then west on 216 where we found a Rough-legged Hawk. 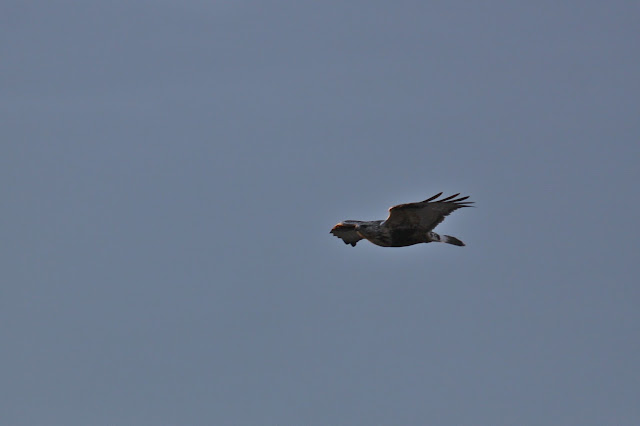 And some more scenery... 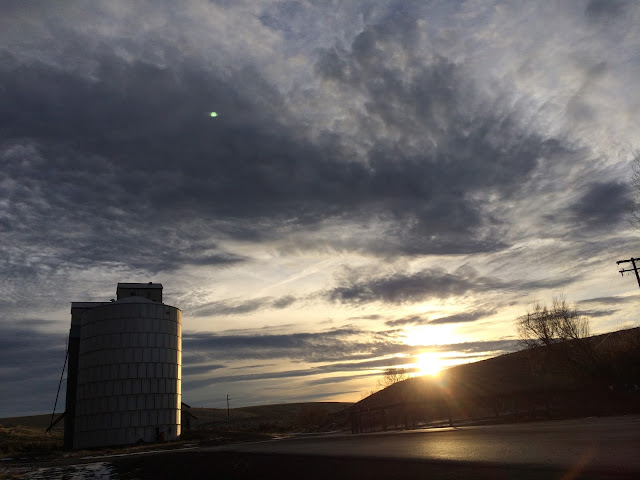 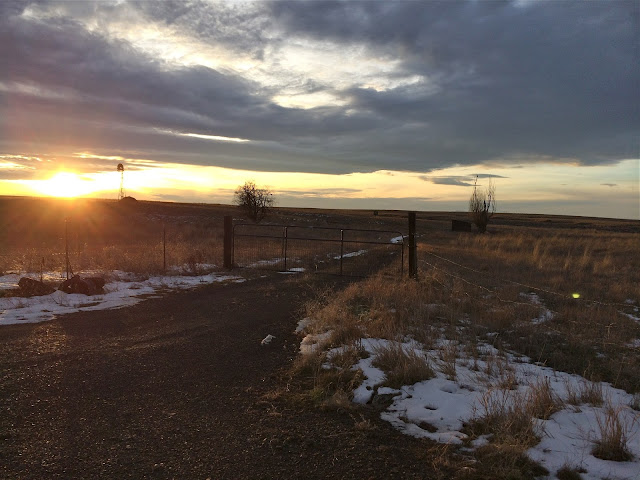 Lastly, we pulled over so I could pee down a snowy slope in the dark while grasping a barbed wire fence for support, and I found this neat skull on the side of the road: 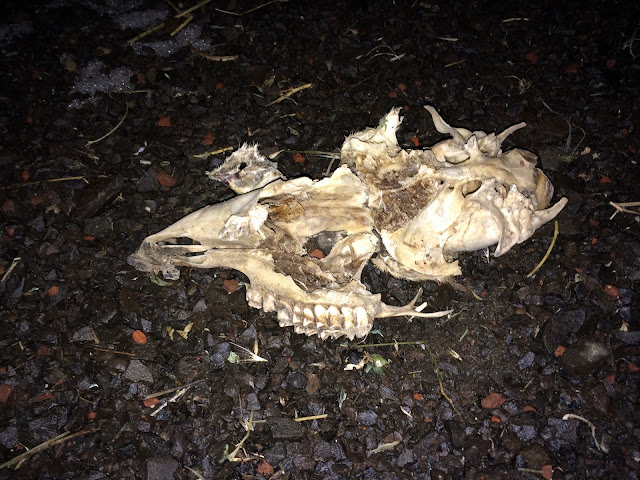 Such a good day and I am already itching to get back out there.  Good times!!
American Dipper Barrow's Goldeneye Common Goldeneye Rock Wren Rough-legged Hawk Wild Turkey