The Taken For Granted Challenge: my epic failure.

on December 22, 2013
I suppose you could say I came in second in this challenge.  But really I just lost.  For those that missed the post about the challenge, check it out here.  Nate sent me my bird list bright and early:

The two birds that had me panicked were the grosbeak and the pigeon- both higher elevation birds that I rarely see in the county.  At first I light I dragged the mutts up to Pittock Mansion to begin the hunt. 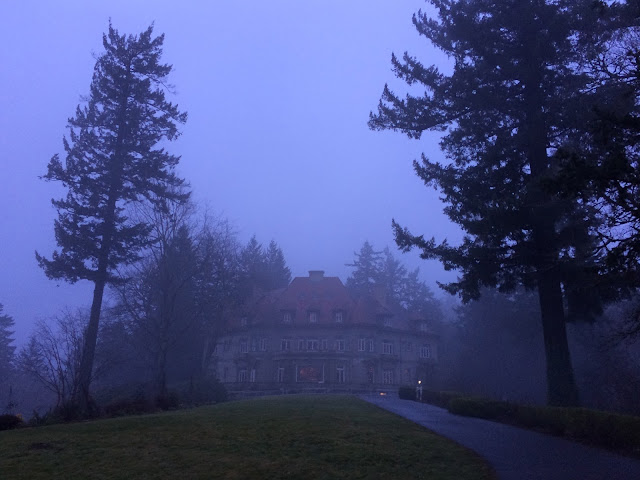 Hmm.  I said light, right?  A heavy fog was blowing through, along with a chilly mist.  I barely saw any birds there at all...   I threw in the towel and drove over to Washington Park where I've had luck with Band-taileds before... 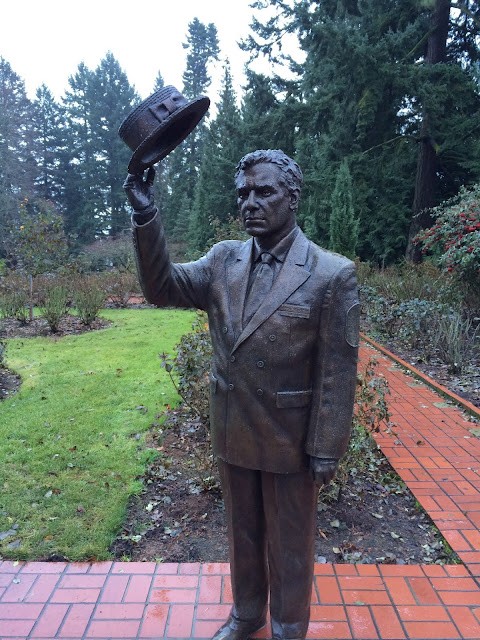 This dude was not helpful.  Ralph didn't trust him either.  I managed a rainy shot of a Varied Thrush in the shadows... 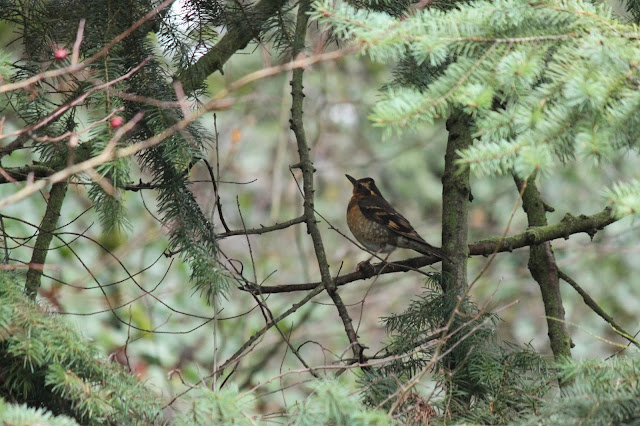 After getting soaked I decided to take the dogs home and chug another mug of coffee before setting out yet again.  My plan was to nab a Thayer's Gull at Westmoreland Park, then hit up Mount Tabor and Larch Mountain.  Plan was quickly crushed when I found Westmoreland in complete disrepair. 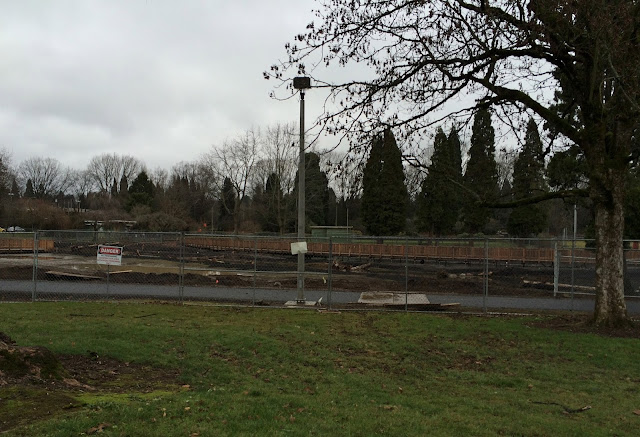 Ummm yeah, so the gull went out the window at that point.  I headed over to Mount Tabor to battle the Sunday crowds.  It was pretty if you tuned out the people... 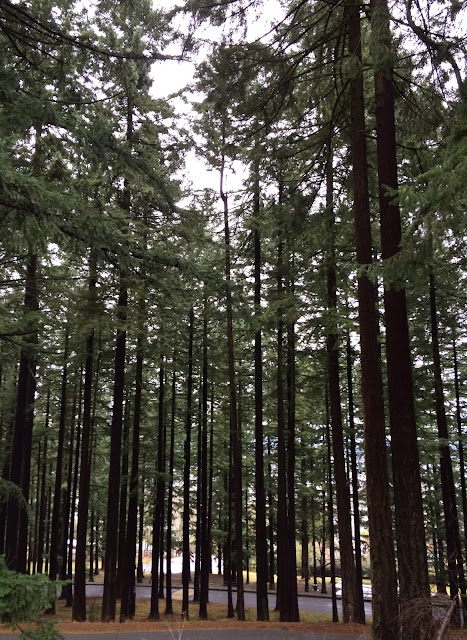 As with most things I guess.  I took a quick peek at a Merlin before forcing myself to stay on target. 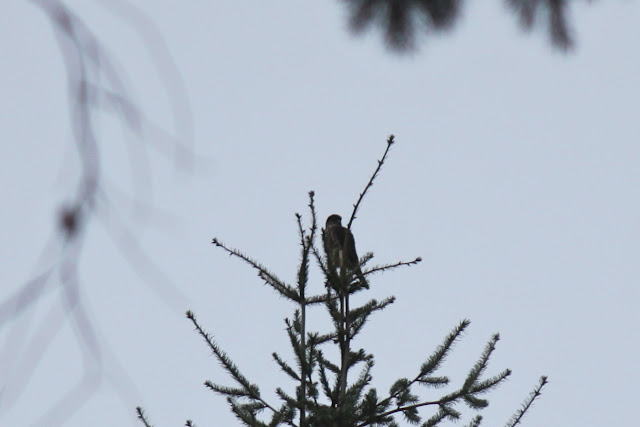 I left the park without finding any of the birds I was looking for.  I was bummed and frustrated.  I really just wanted to quit for the day.  Turns out, this kind of birding makes me never want to bird again.  But I pushed on...

Larch Mountain was my next destination, but I stopped at Chinook Landing along the way.  It was quiet, peaceful, and everything the last few parks had not been.  Much better.  I wandered around for a long time, still not finding any of my targets, though my morale eventually improved. 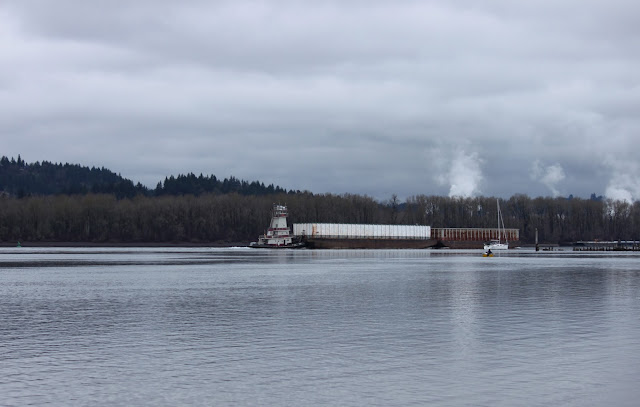 I followed a small flock of chickadees and kinglets, hoping a Bushtit would show up.  No luck. 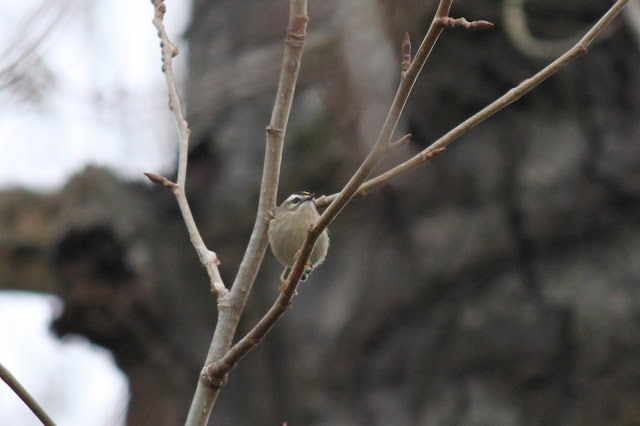 After that I continued to Larch Mountain.  The fog increased with elevation, as did the rain.  I made some brief attempts at pgymy owls and then called it quits to drive back into town where the weather was mellow.  I hoped I could at least get Bushtits and maybe sapsucker at Whitaker Ponds.

I ran into my friend there who had just seen some Bushtits and thankfully we found them easily. 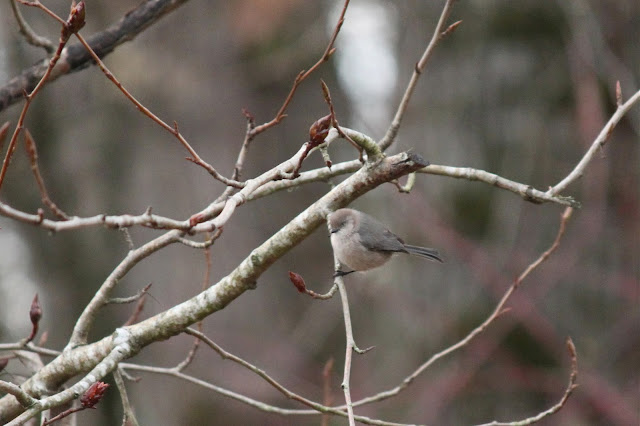 Phew.  Redemeption.  This Steller's Jay at the ponds was also rather cooperative... 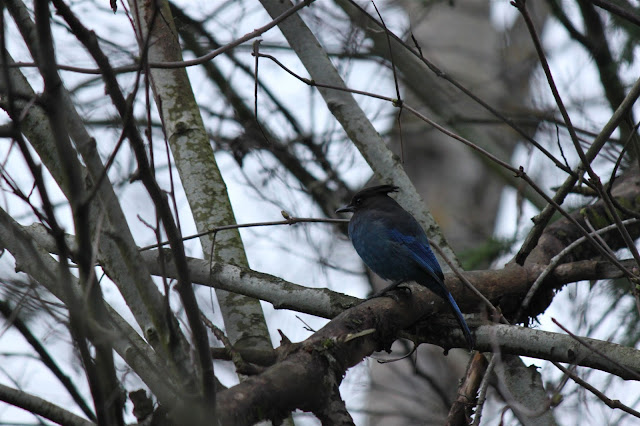 I left Whitaker around 4 and decided to make one last effort for the sapsucker.  It didn't pan out, but the sunset was lovely. 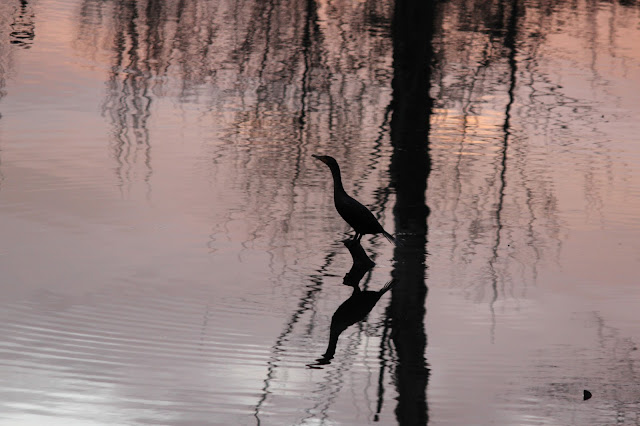 So, that's that.  Now I know I hate that kind of birding.  Learning is good, right?  Nate won by only one bird, though he also found a sweet rare bird for his county which probably counts for even more.  We're number 2!  We're number 2!  Not quite good times...
Bushtit Double-crested Cormorant Golden-crowned Kinglet Merlin Steller's Jay Varied Thrush