I've always been a big fan of urban hiking, or at least my own interpretation of the term.  To me it just means walking around the city, any city, and exploring those strange spots you probably wouldn't notice in a car or even on a bike.  My Parkrose neighborhood has proven to be an excellent home base for urban hikes, whether up to the river, the slough, the wetlands, the woods...  I can find all sorts of awesomeness in a five mile wander.  Even the hubcap I lost last week. 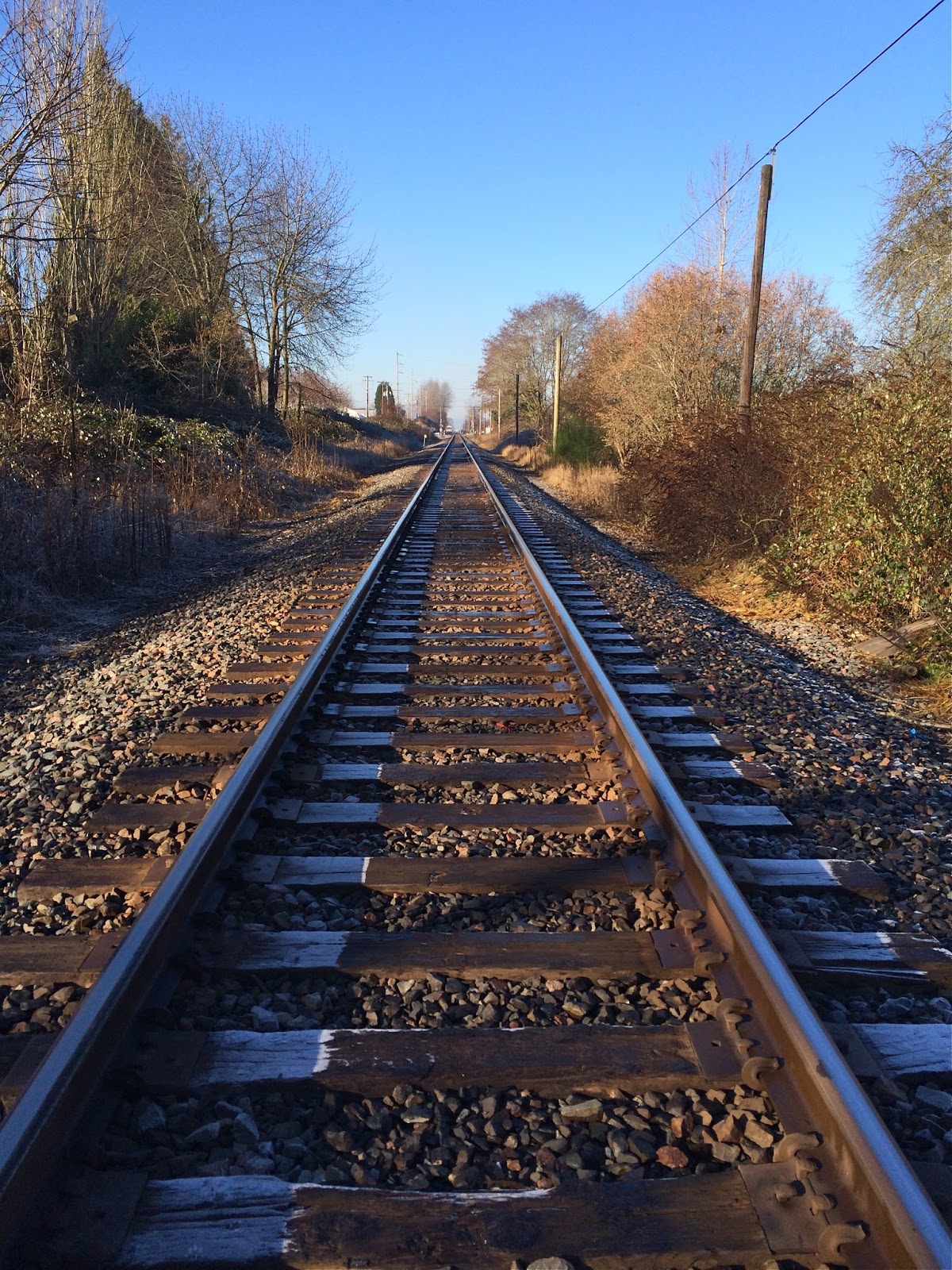 Of course this all ties into motorless birding, which will be a running theme for me for 2014 (and beyond, hopefully).  Yesterday I decided to head to Whitaker Ponds, about a four mile walk from home.  I stopped by Johnson Lake on the way, and followed a vastly underused bike path along the Columbia Slough. 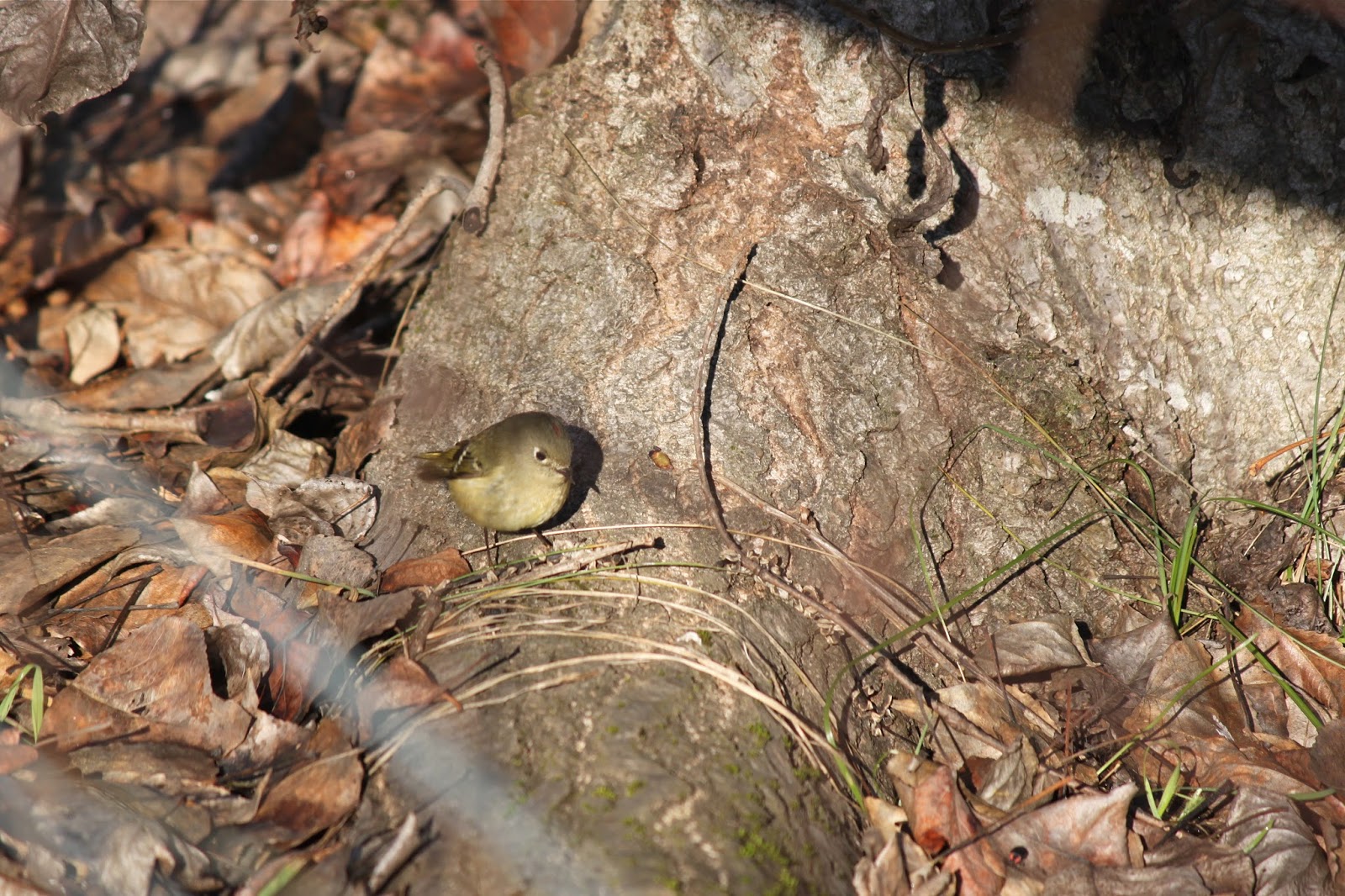 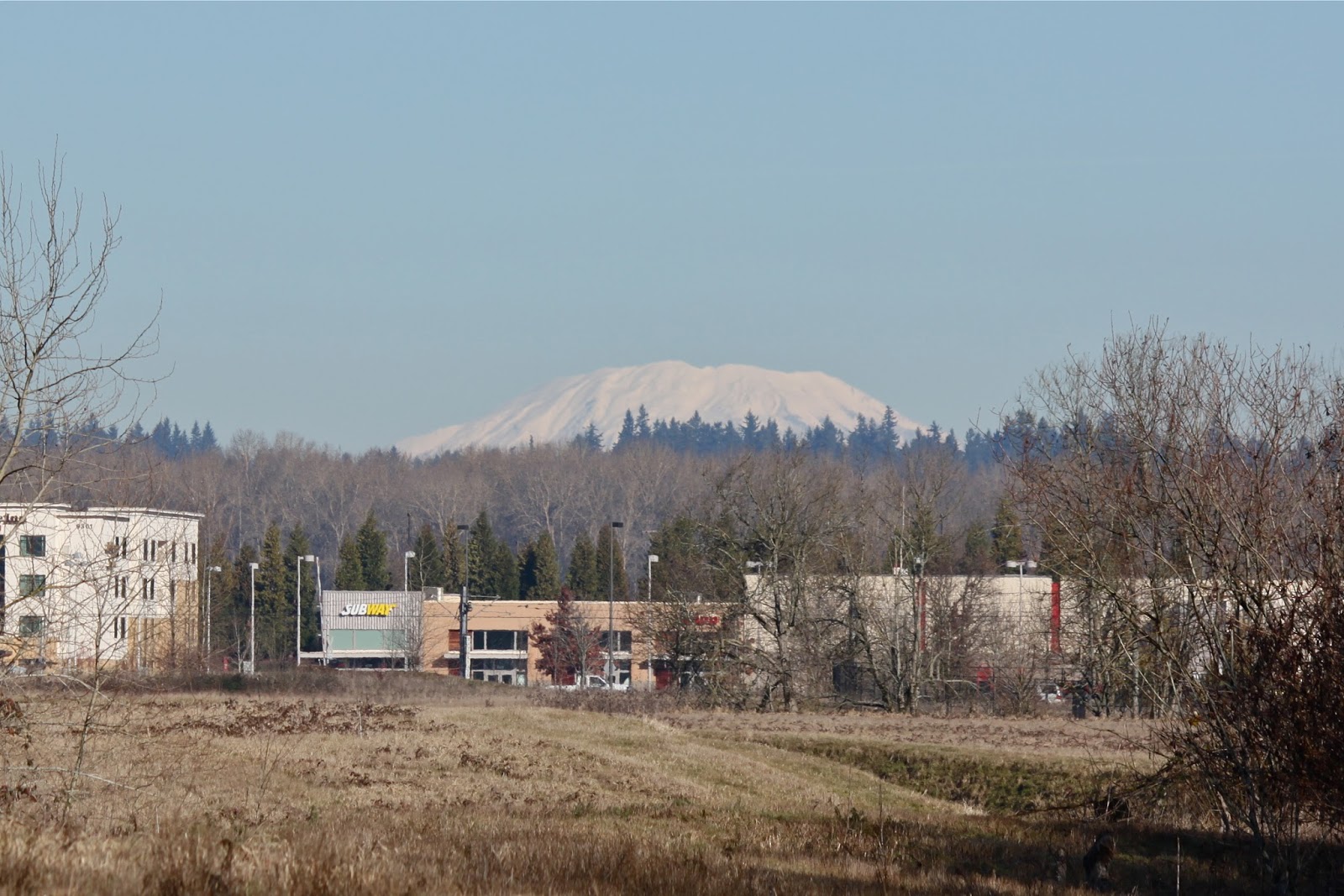 A golf course along my route contained hundreds of Cackling and Canada Geese, and surprisingly a lone Snow Goose! 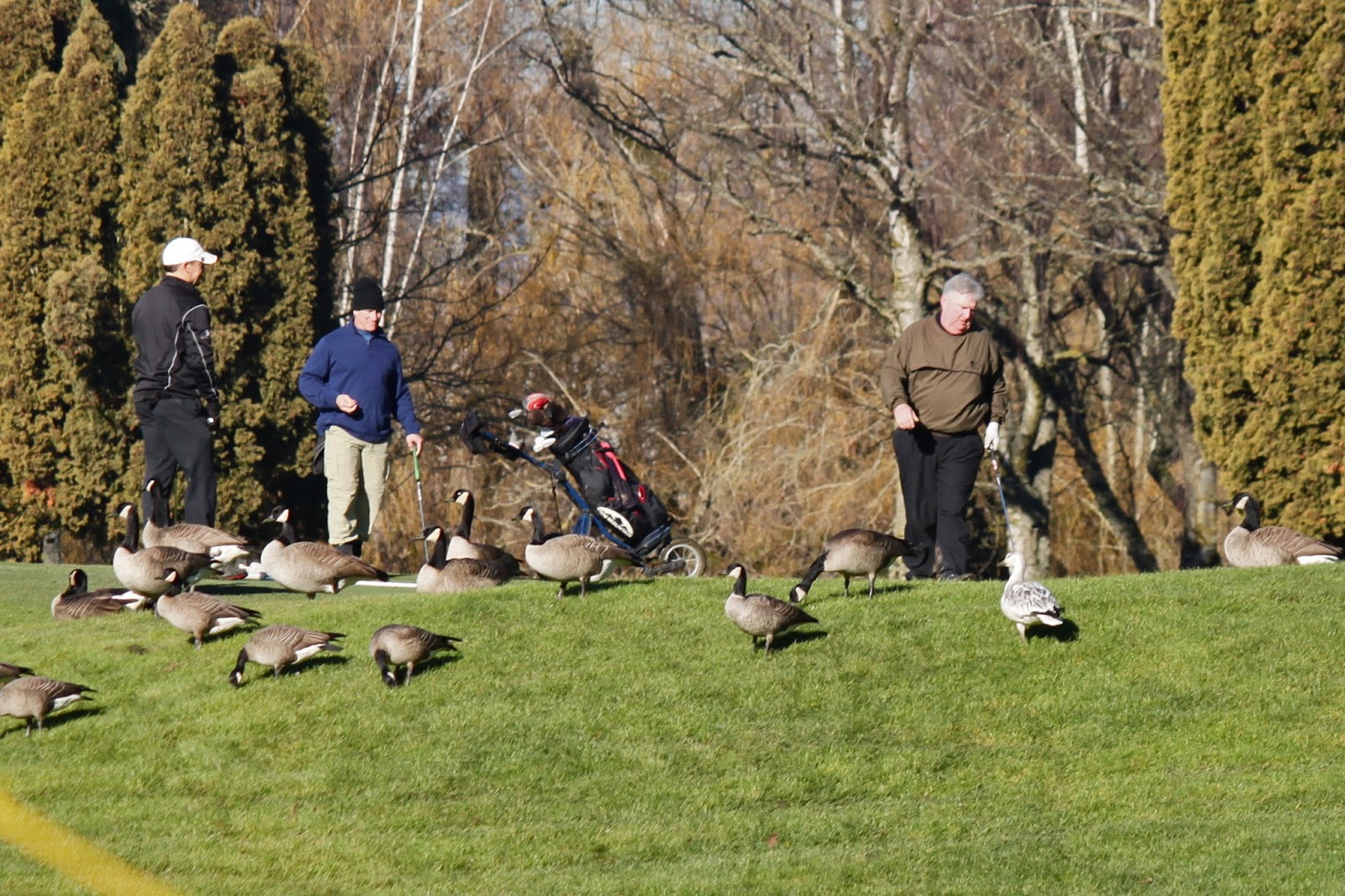 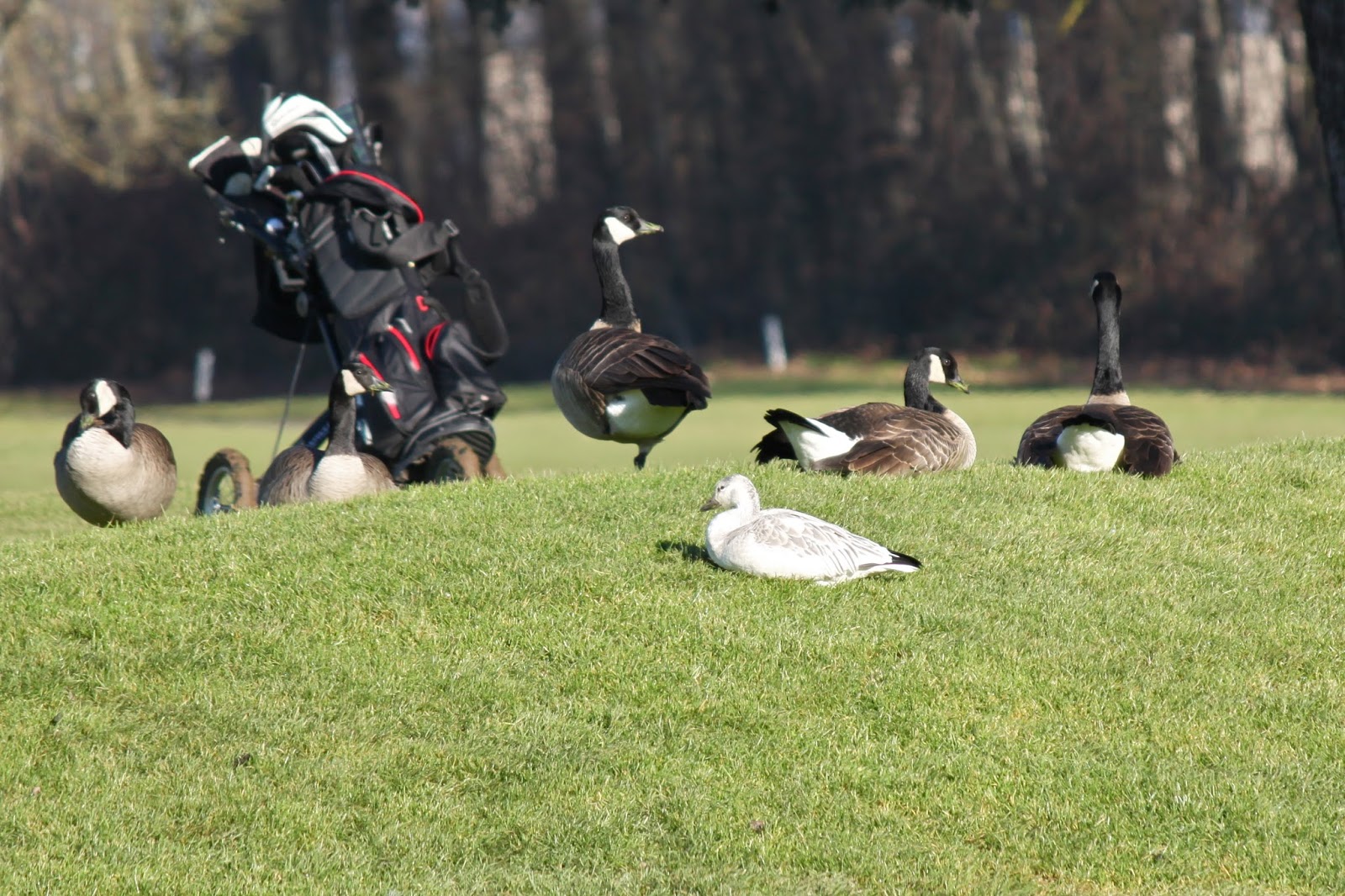 I had no trouble finding Red-breasted Sapsuckers on my walk... Here is one from a tree at the Air National Guard: 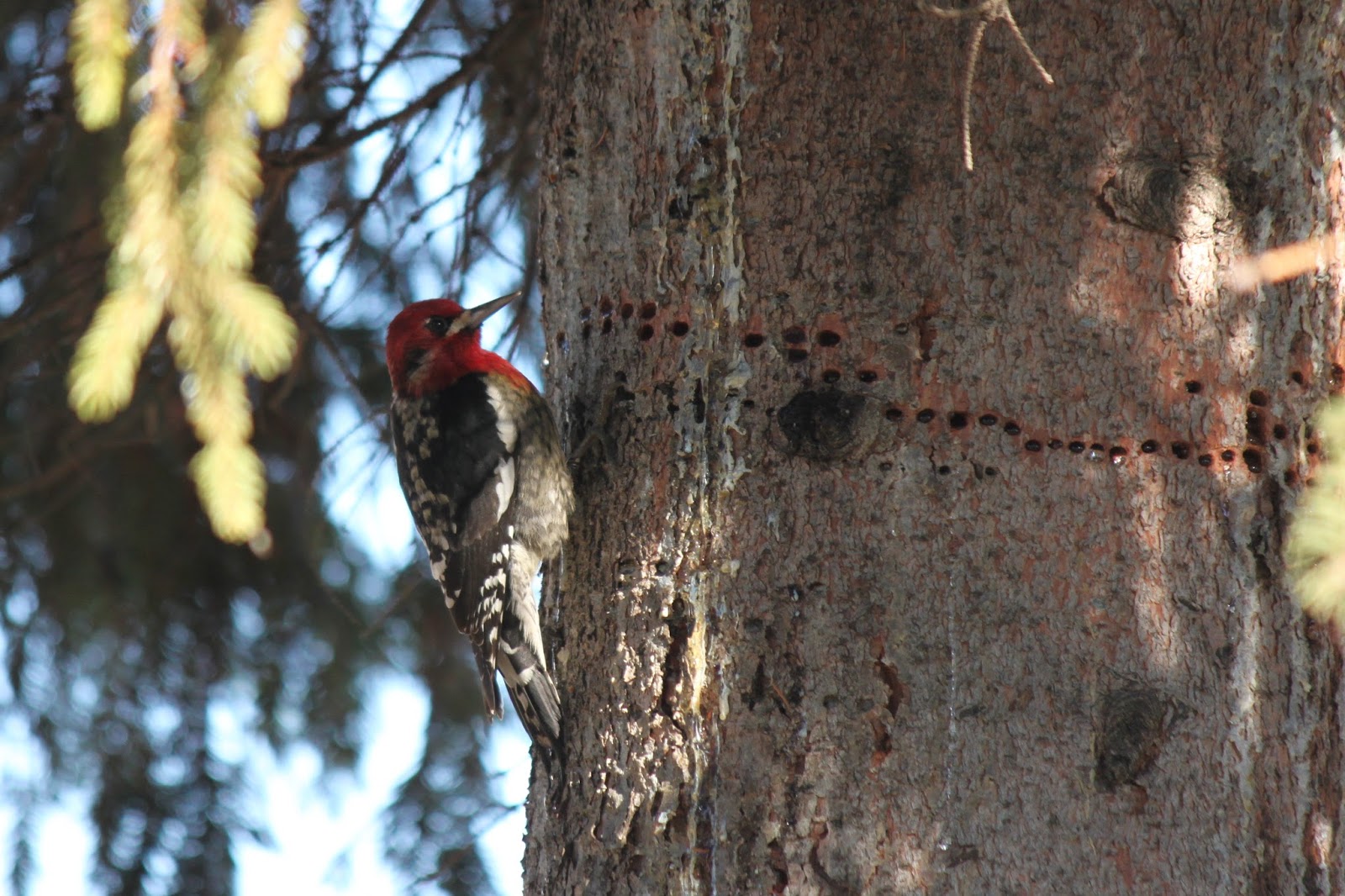 I finally made it to Whitaker Ponds where I met up with my friend for a nice walk around the ponds. 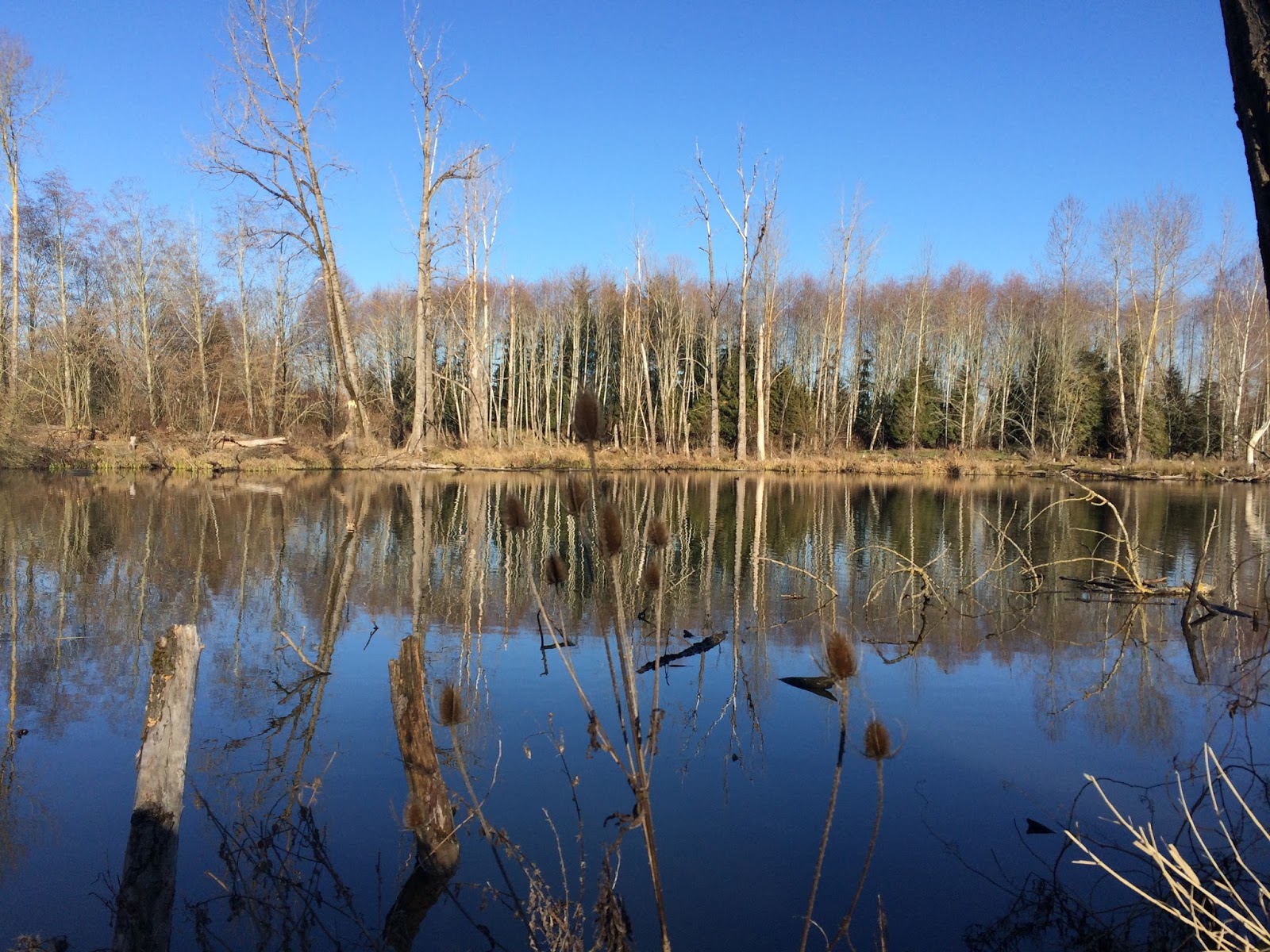 Unfortunately there was some kind of field trip going on and birds were not easy to come by.  The best bird was probably one my friend pointed out, a nice Townsend's Warbler working a pine tree near the entrance. 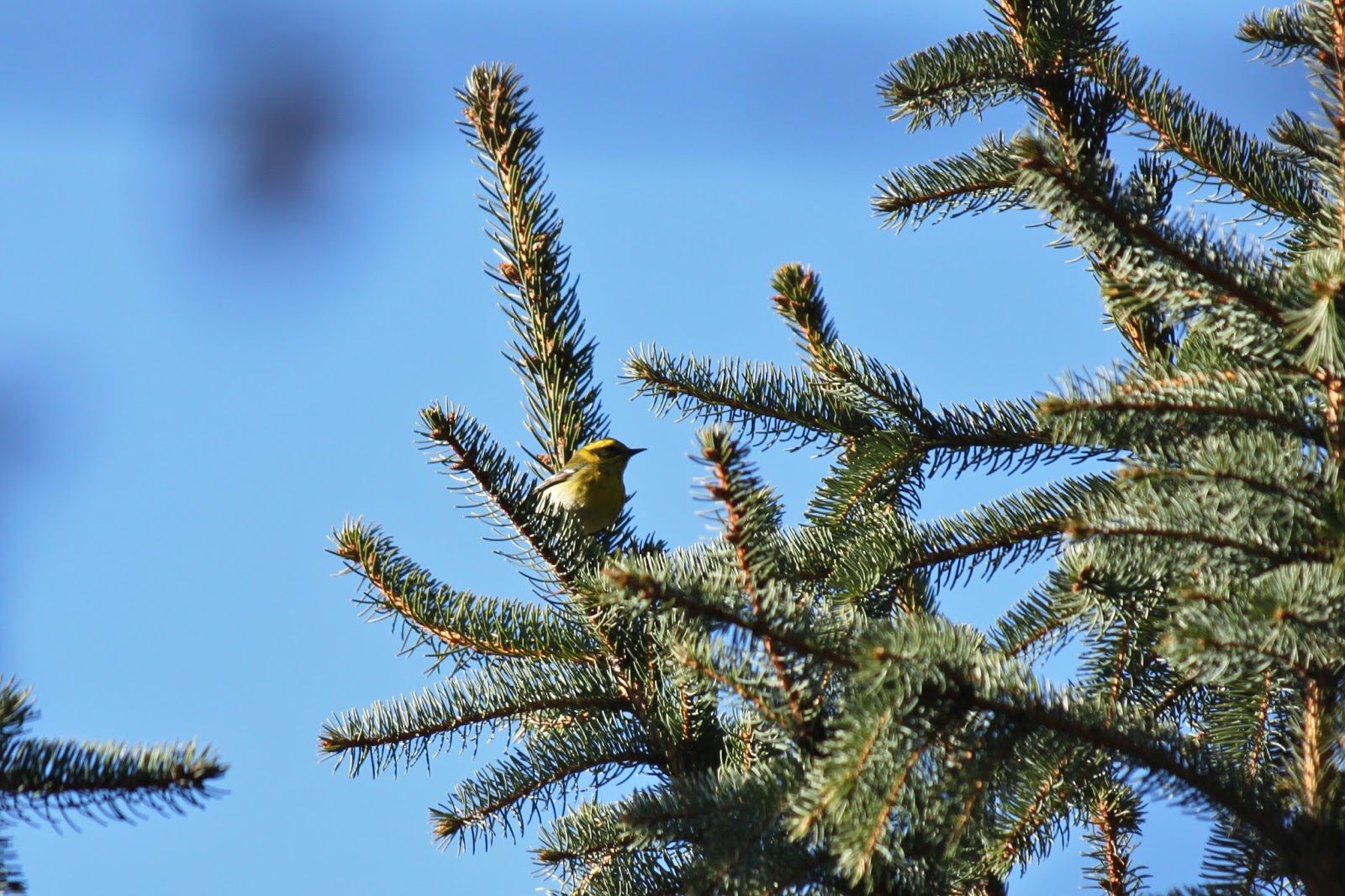 After the ponds we started the long walk back towards my house.  I want to point out one awesome thing about urban hikes now- I was getting thirsty and all I had to do was pop into the 7-eleven for some iced tea.  So easy.  Anyway, we walked east along Columbia Blvd which is no one's idea of a good birding route, let alone a good walking route.  But it was.

Perched on a telephone pole on a gravel dead end road was this accipiter: 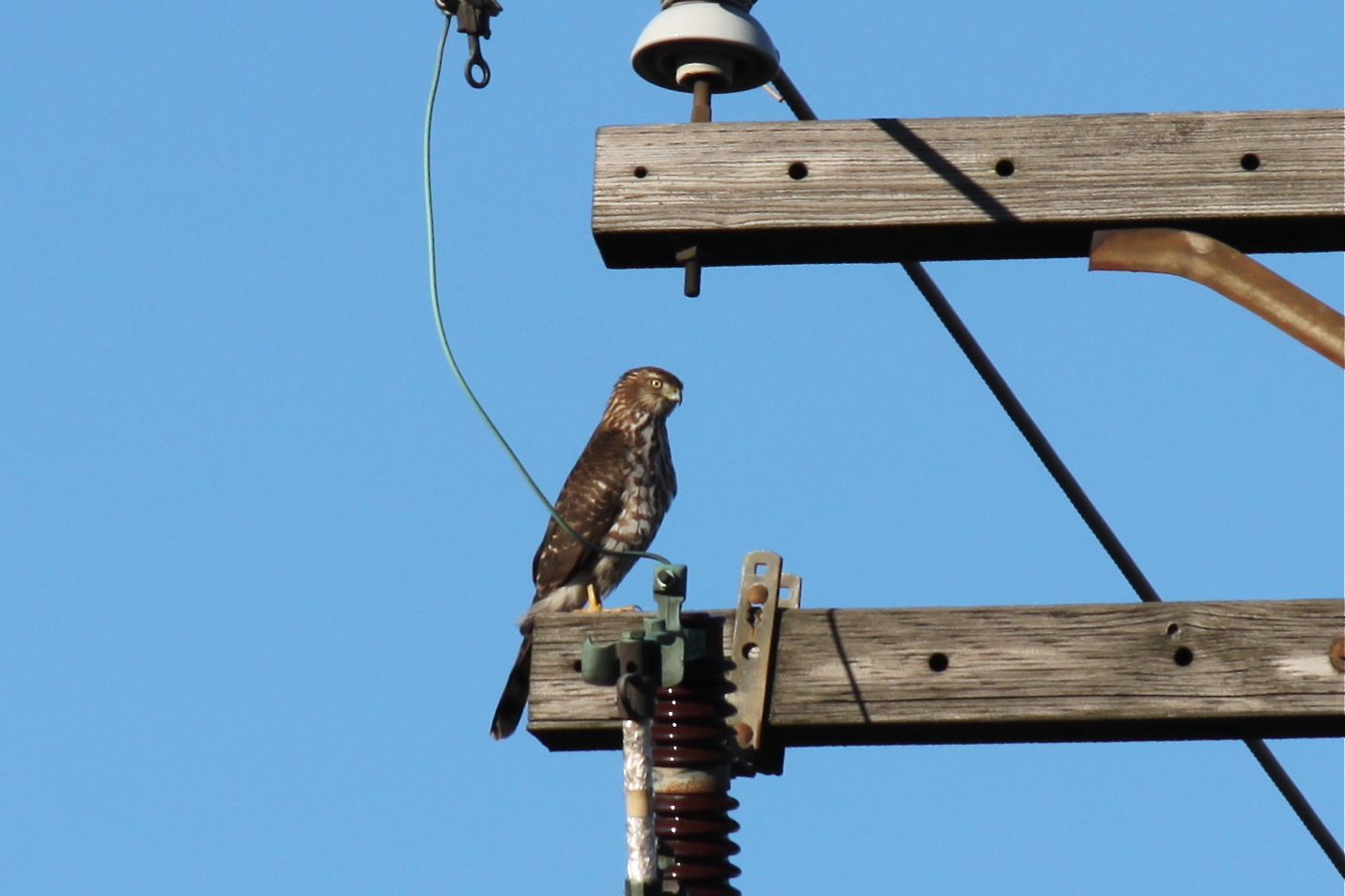 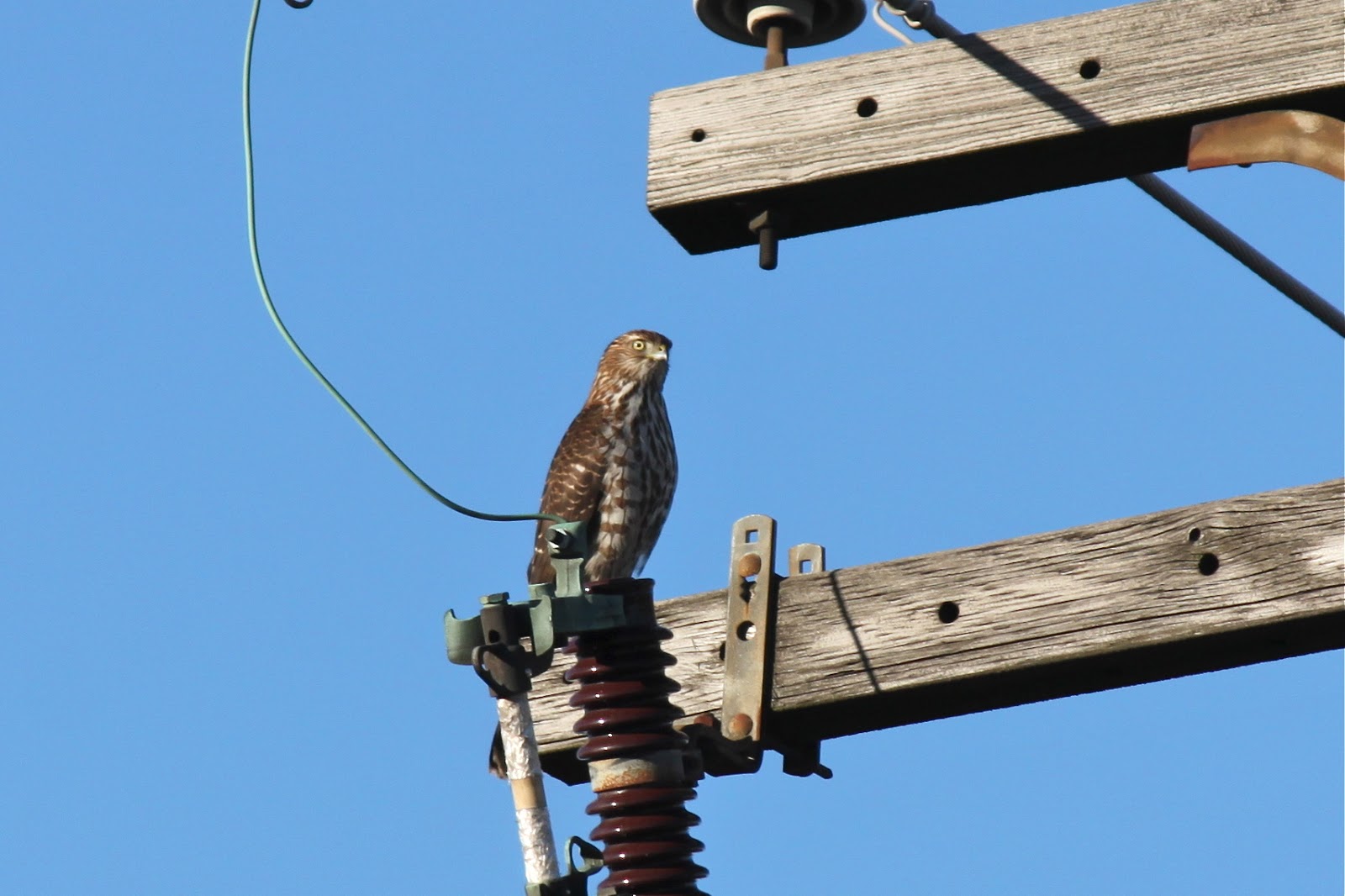 I am voting Sharp-shinned on this bird- the head looks smaller and cuter than a Cooper's, and the chest streaks look thicker.  Tell me I'm wrong!  [Okay, you did, I'm wrong.  Cooper's.  Boo!]

We passed an empty lot that offered a nice view of Mount St Helens, and wandered to the back of it, where we found a structure that initially seemed abandoned. 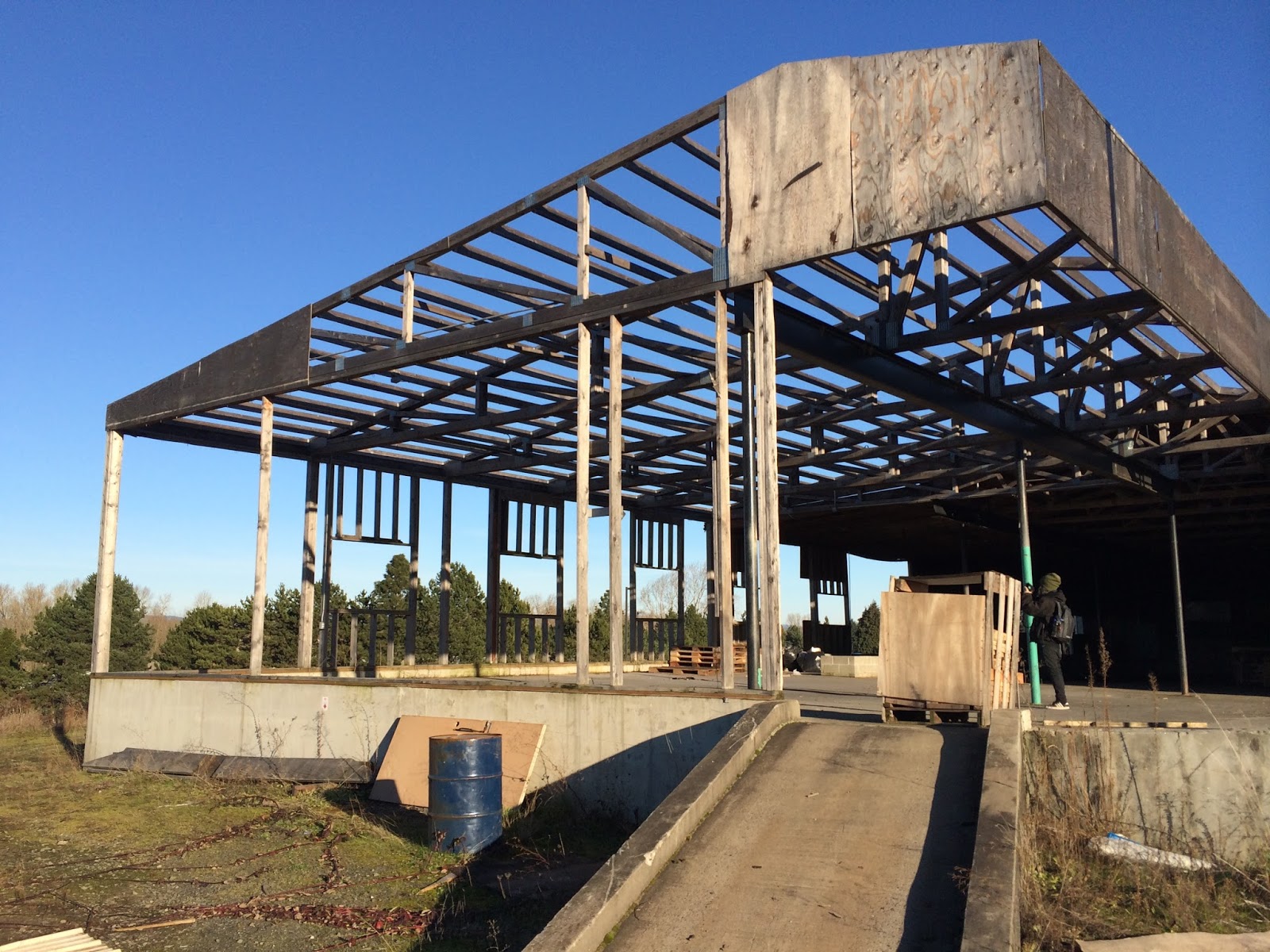 It seemed the building connected to this structure was still being used for something... It was pretty mysterious.  We continued on down Columbia, taking a side street that bordered a golf course.  At the end of the street a fenced off parking lot blocked access to the slough, but that did not stop us from seeing some great bird drama!  First a Merlin flew by... 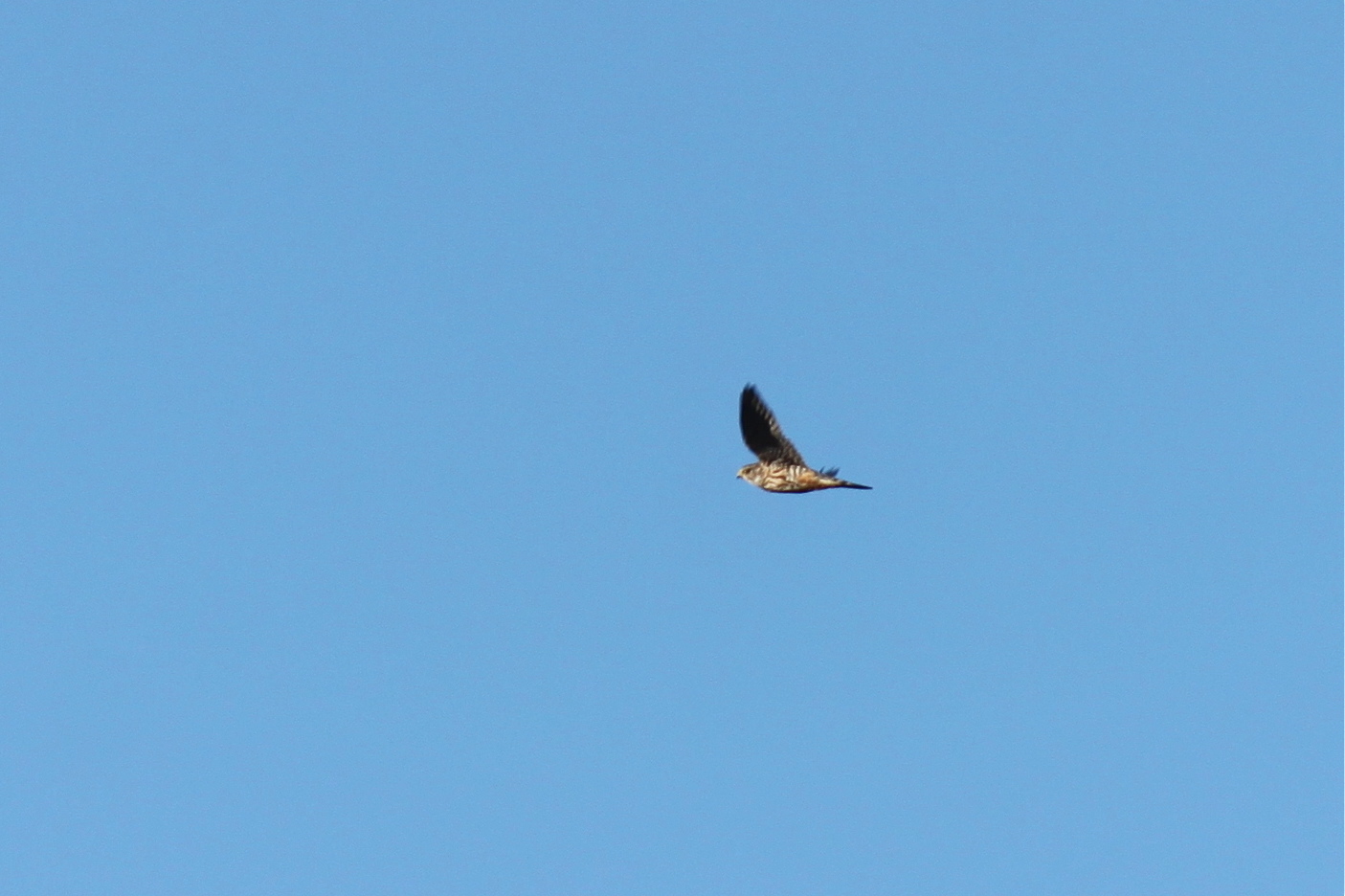 Total score.  Then an accipiter flew up into a tree by the slough. 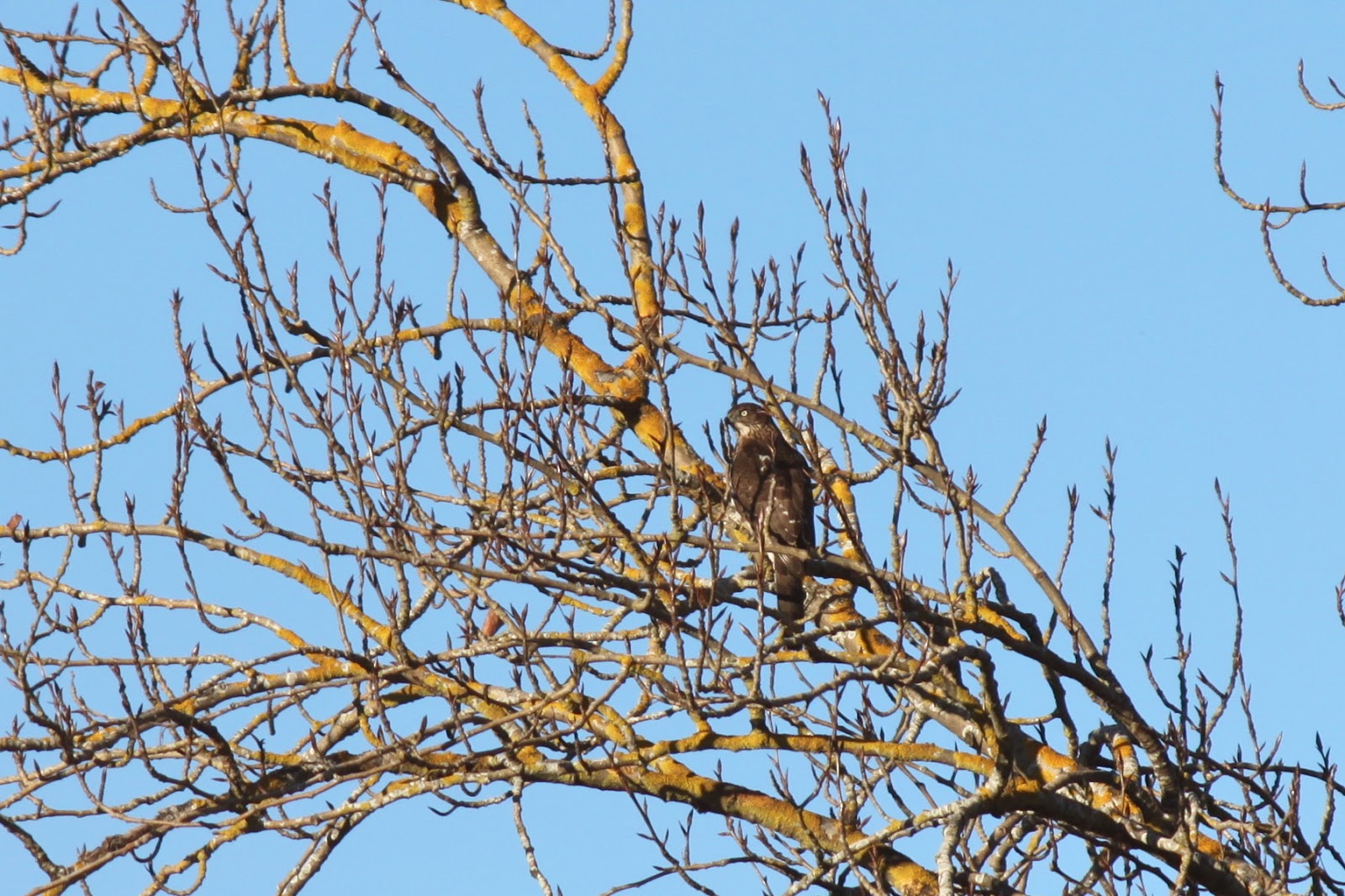 This attracted the attention of a dozen angry crows.  We watched, wondering what the hawk would do, when two Red-tailed Hawks came flying in scattering the crows.  The accipiter took this opportunity to disappear unnoticed.  One of the Red-taileds also disappeared, but the other soared lazily overhead for quite awhile, slowly moving west. 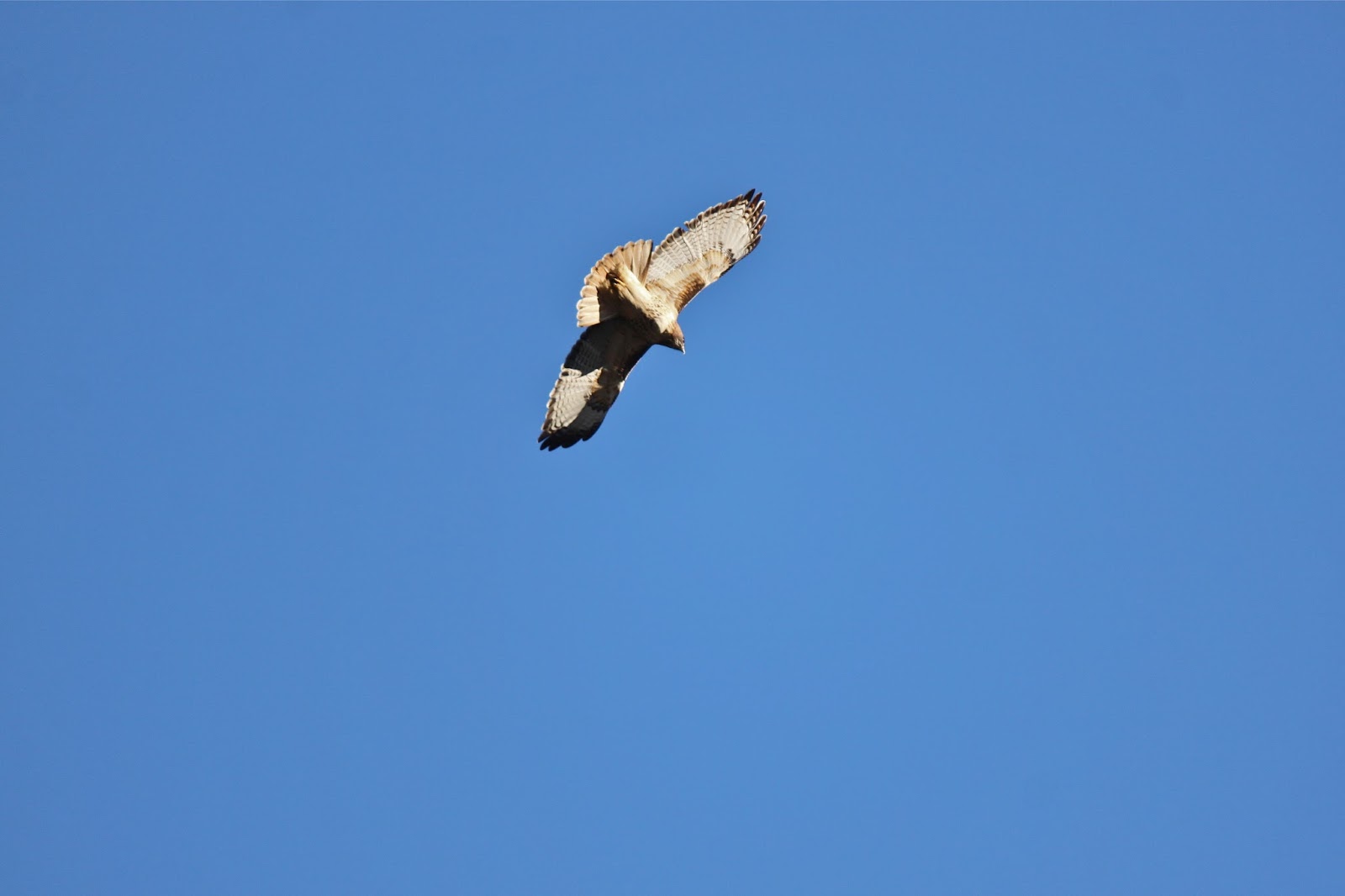 The crows moved on as well.  But what a surprising little taste of drama down this dead-end road!  Back on the main road I checked google maps for access points to the slough and found a secret little lake behind a hotel.  Ok, so it's not a secret, but I had no idea it existed. 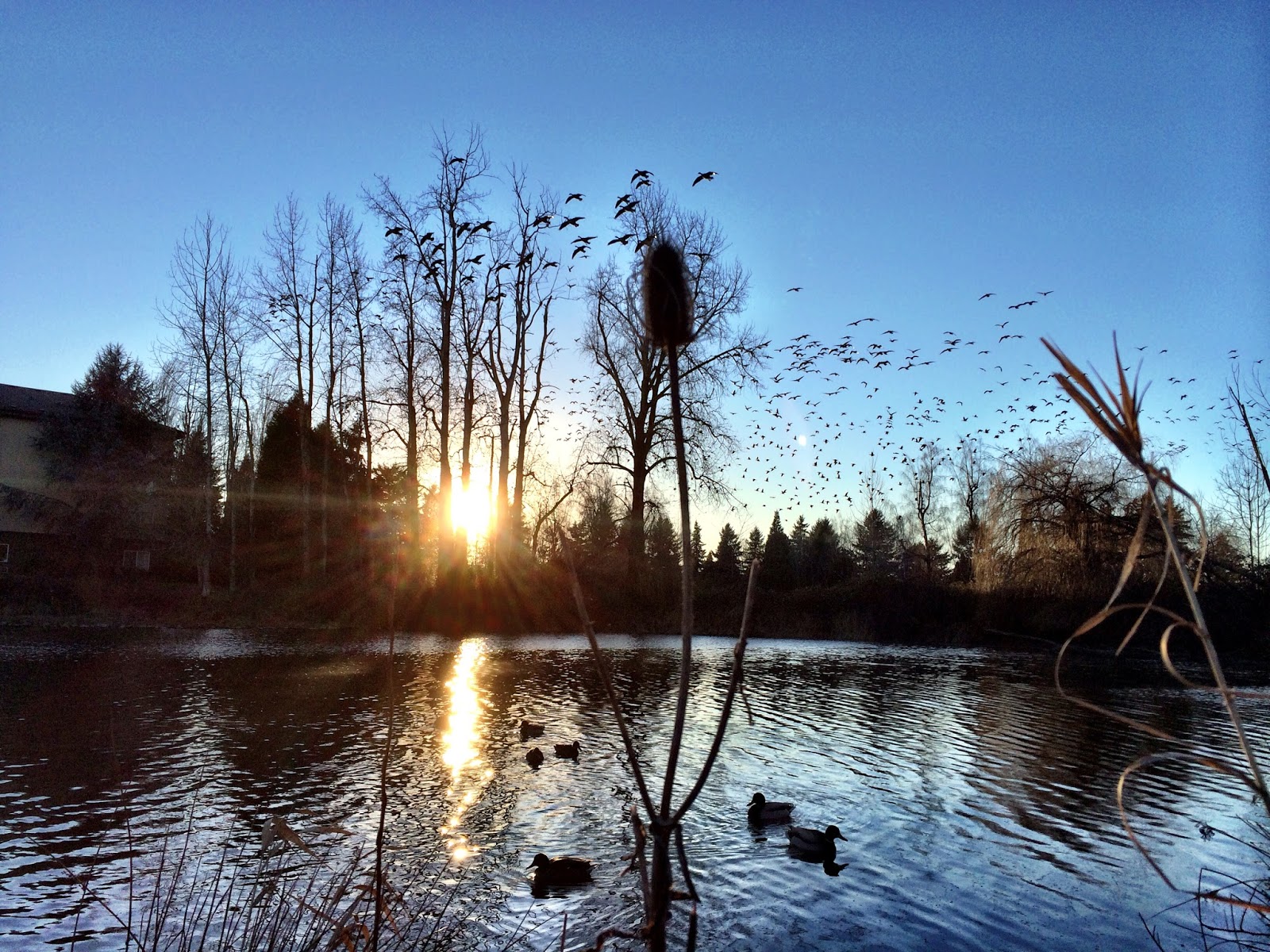 There were Mallards, Ring-necked Ducks, a coot, and some geese enjoying the lake, while Green-winged Teal, Common Mergansers, and a heron stuck to the adjacent slough.  Not too shabby.

The walk home was gorgeous with Mount Hood lit up with pink hues.  After picking up a 6-pack at the corner store near my house, I noticed the sky with the trees looked so nice.  It didn't even look like a city.  I could have been anywhere. 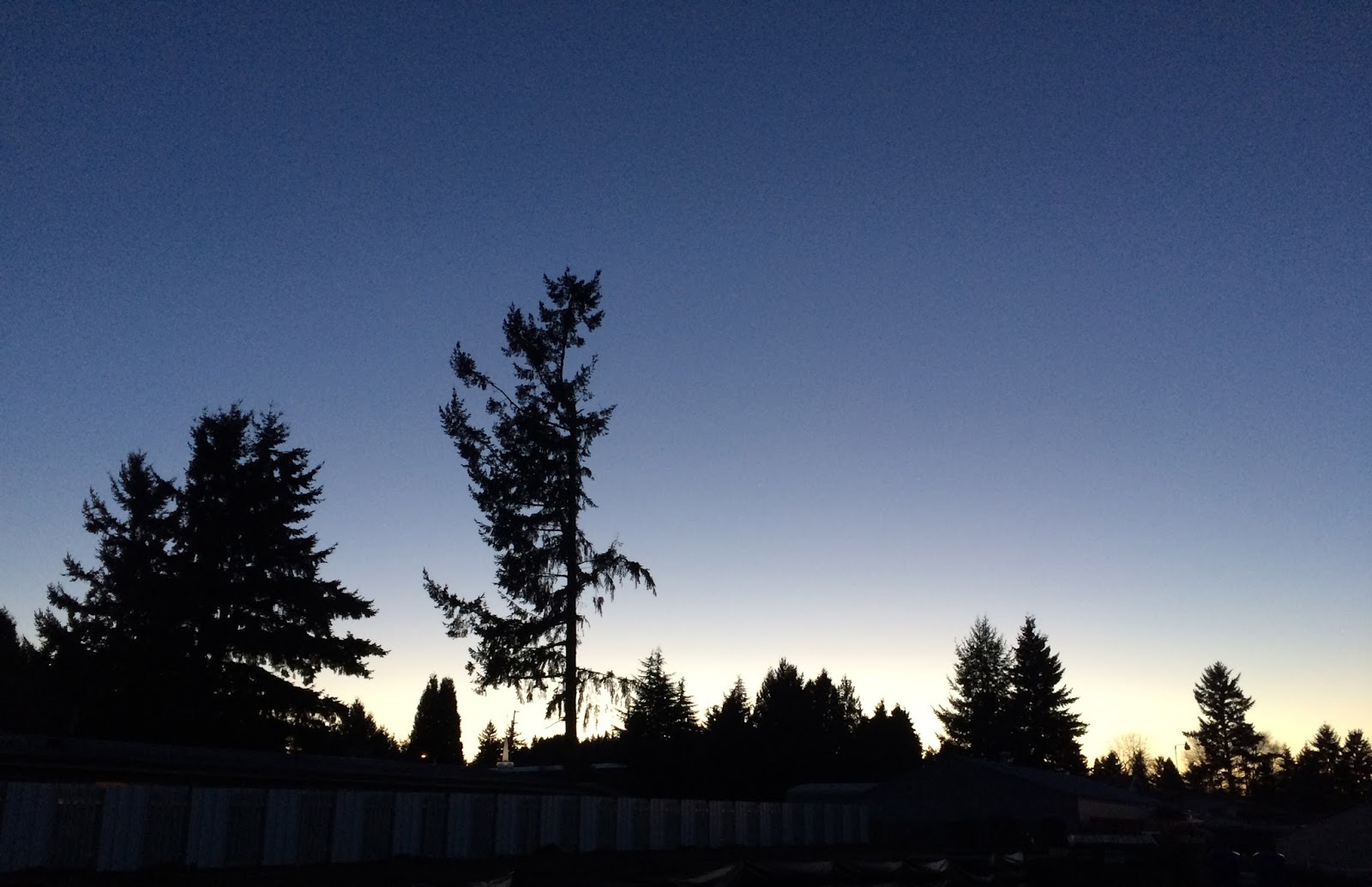